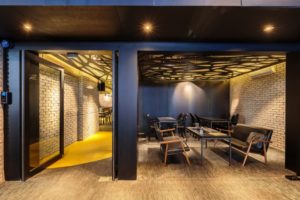 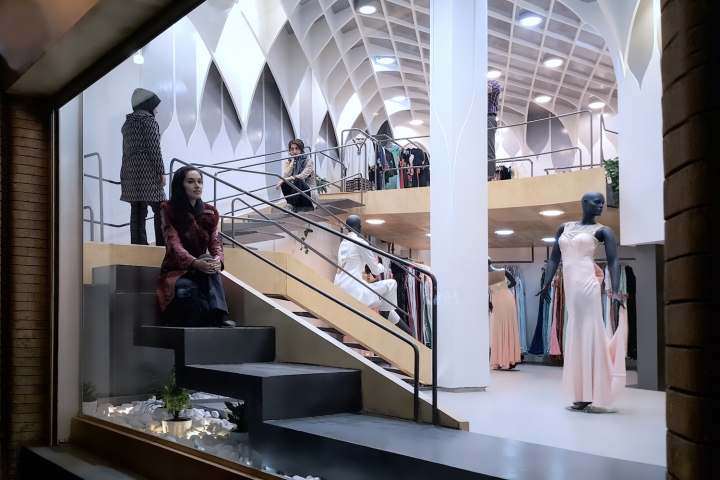 Interior design and reconstruction of “MAHER” women’s apparel (clothes – dresses) store, which is a part of a fine 40 years old building. MAHER store has been in Hamedan for more than 60 years. This building is located next to the circle, which houses the mausoleum of late BOO ALI SINA a well- known doctor and philosopher. This location is a tourist attraction. City dwellers and tourists are wondering around in the area for shopping or otherwise. This point has been a main source for the design idea.

Design has been formulated in such a way in which store’s internal space is a continuation of city’s space and impact of the city is felt in the store. In fact, if the commercial application of the store is removed, still it could be a proper space for people to wondering around the city and could be taken as a part of city. The experience and memory of a space whether commercial or otherwise motivates people to go back to space, for shopping or entertainment. 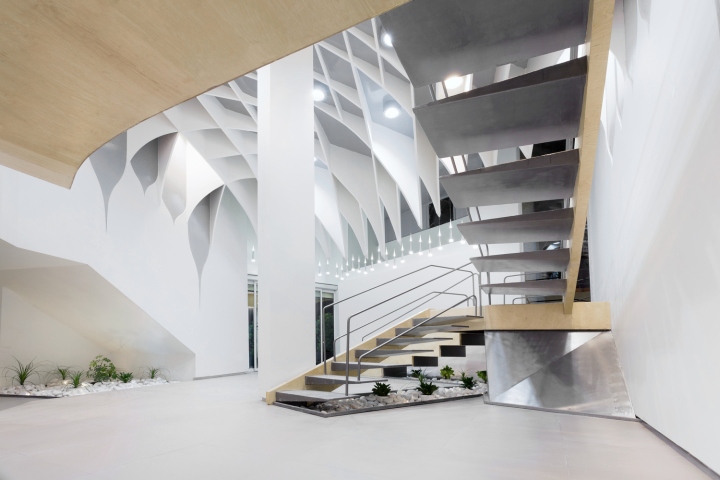 There was a balcony inside the building, which was demolished during the reconstruction, due to structural problems. This created a space with 5.5 meters height. We placed the staircase in this space as an independent object. This object (staircase) is independent, with 50 cm distance from the walls of the main building. The staircase has created diverse spaces with various applications within 5.5 meters height. People could walk through the stairs, which goes through store’s glass showcase, stop at landings of it and look around. They could also stop at the last landing, which is a kind of a balcony. 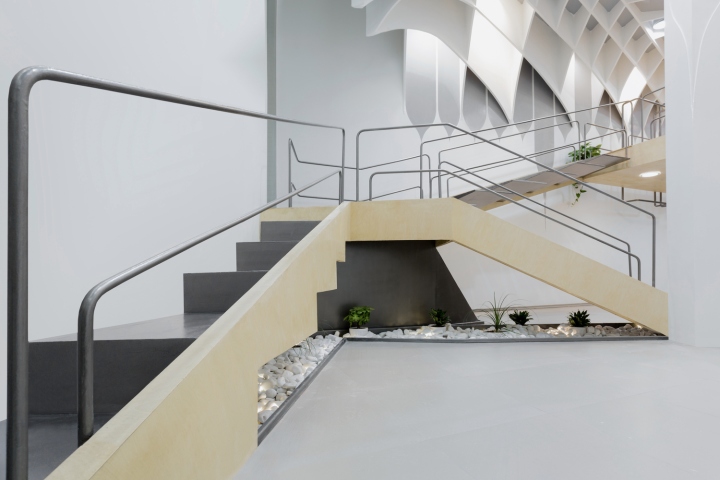 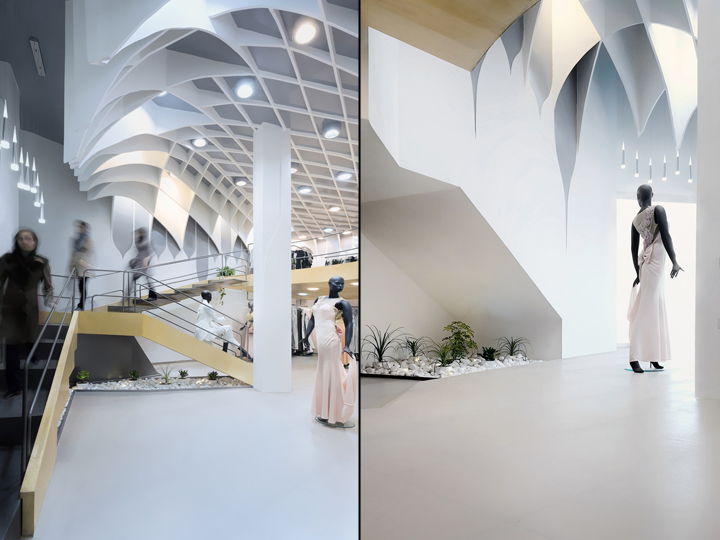 In MAHER store, people who go through staircase in the showcase are visible and attracting people from outside not the dressed mannequins. This feature gives a distinctive position to the MAHER store, as mannequins have scattered throughout store. In this design project, a social topic is addressed and a social expression, evaluation and interpretation of mannequin-ism are done via architectural space. 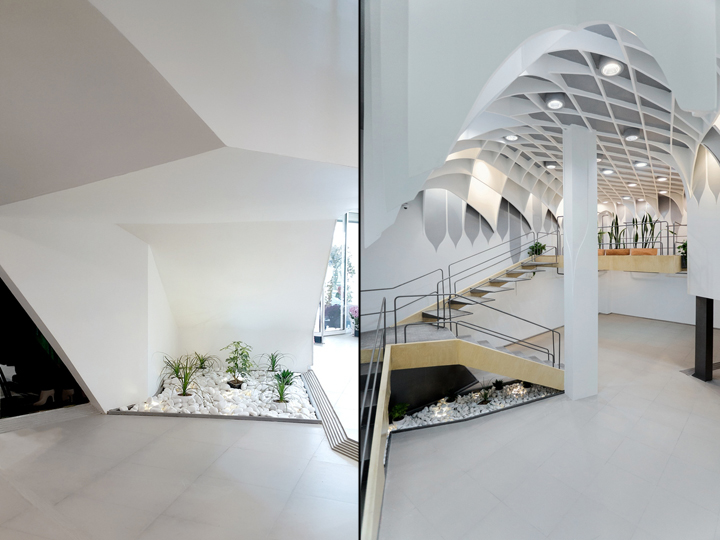 An independent inner space skin, coordinated with old building’s walls is created in the main space of the building with 5.5 meters height. This is an integral membrane, which covers floor, walls and ceiling and its form and texture are integrated with Persians patterns in a nostalgic way. 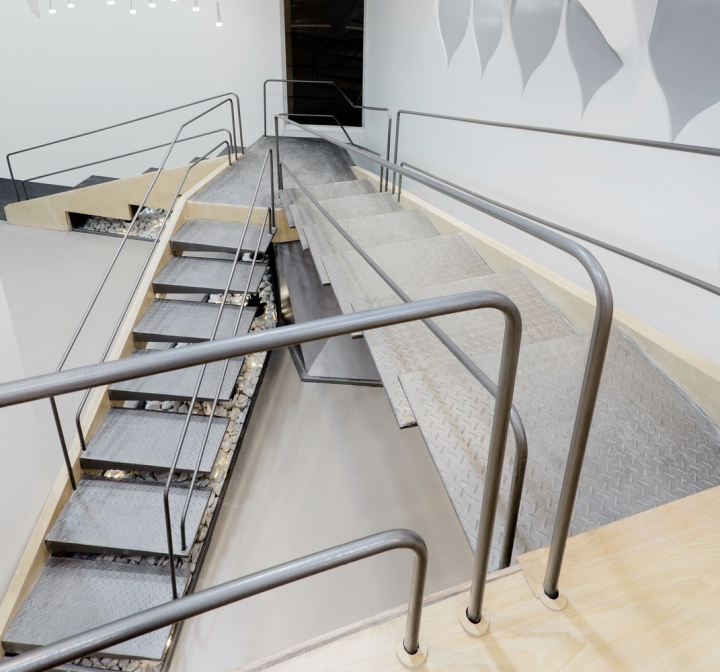 In relation to the organizing volume of huge staircase, diversified and attractive spaces are created (in every turn 0f 360 it happens frequently). Depths, shades and repetitions in the texture, creates a particular space which promotes the space potential and people desire for shopping and converts it to a desirable space for wondering around and entertainment. 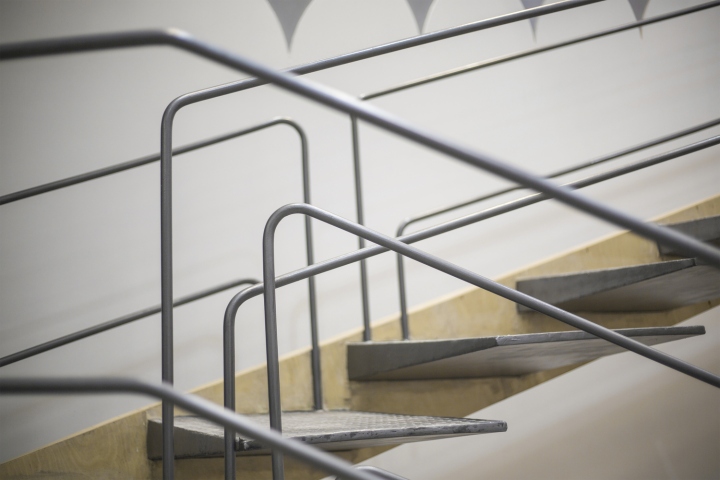 Fitting room is located at the top of the huge staircase, on a last landing as an attached box with a triangle base. Services and storage spaces are separately located on the store’s ground floor. 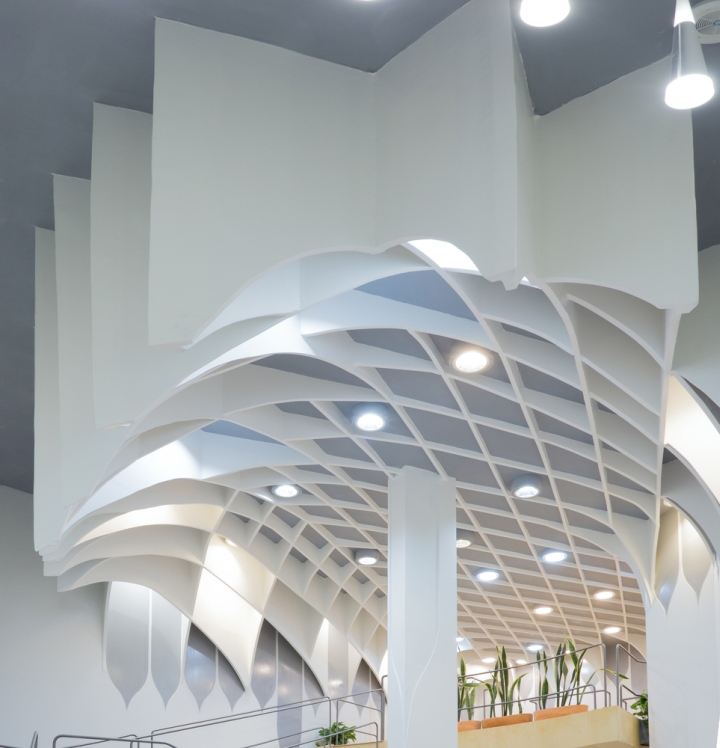 Staircase’s handrails and landings end up to regales and dress hanging location, which make an independent, continuous and integrated structure, while each as an separate object has its own structure and configuration. Either at the top or on the ground floor, all of them are integrated and continuous pipes, which are running at 50 cm distance from the staircase and main membrane. 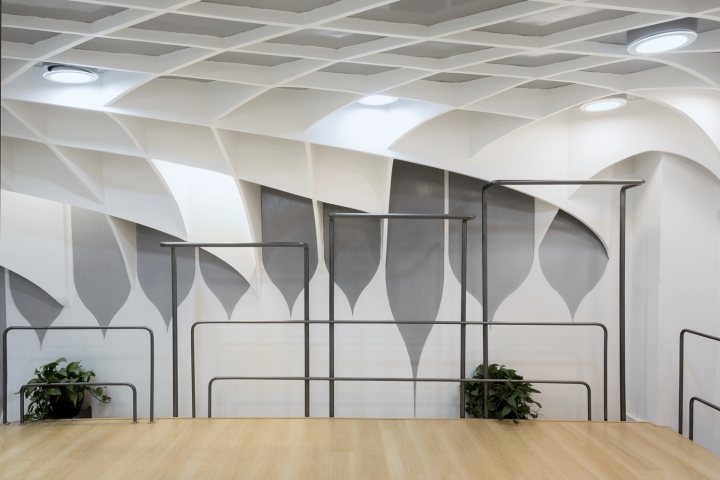 We did not try to hide that column and we approached it as an added element in general space design and in contrast with … ceiling. In addition, it was a major factor for laying out elements in internal zoning, circulation and directions. 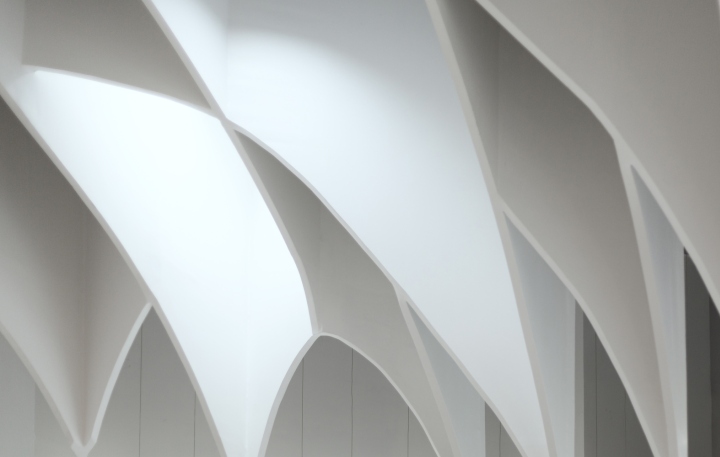 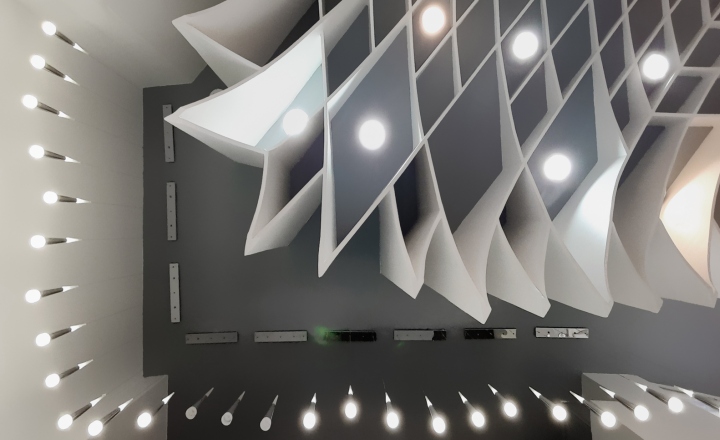 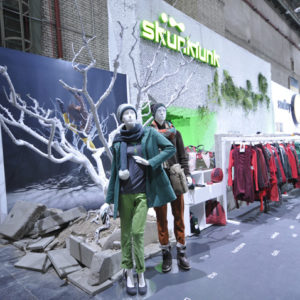 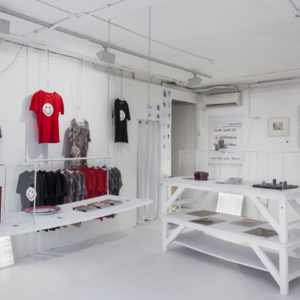 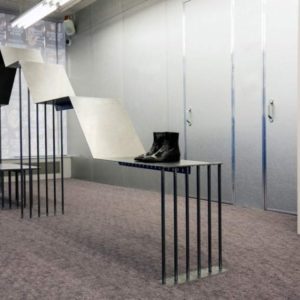 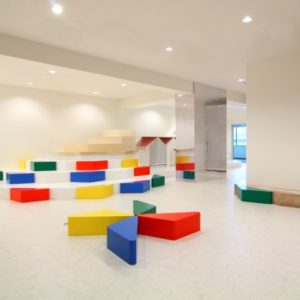