Sofa and armchair collection for Bernhardt Design by Charles Pollock 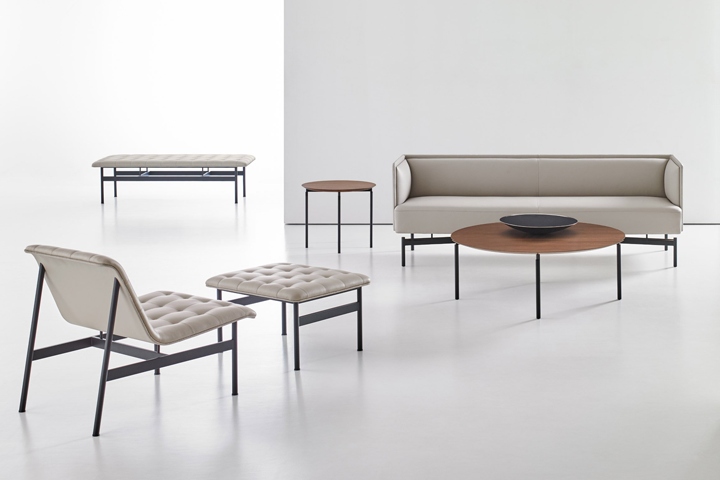 American brand Bernhardt Design has released a collection of furniture by Charles Pollock that represents the mid-century designer’s last work. The Finale range features a sofa and armchairs, each wrapped in a rectangular shell and featuring wide cushions. The furniture collection went into development before Pollock’s death in 2013, making it the last set of pieces created by the American designer. “I was always fascinated by Charles Pollock,” said Bernhardt Design creative director Jerry Helling. “He created such a significant product, yet very little has ever been published about him.” “When I started my search to find Charles, I simply wanted to meet him and hear his story.” According to Helling, despite the designer’s 50-year career – which included creating chairs for Knoll in the 1960s and Castelli in the 1980s – he’d never had the chance to create a sofa, despite long wanting to. “After going through the process of designing the chairs and tables, his original concept evolved into something unique, tailored and very special,” said Helling. “His sofa is minimal and period modern – but at the same time looks very current and of the moment.” The sofa seats are positioned on a distinctive cross-shaped framework that’s repeated in the collection’s table, which features a circular top in either wood or glass. Loop stitching runs down the front edge of armrests, and the furniture can be customised to have the shell and cushions in contrasting fabric or leather. As part of the Finale release, the brand has also updated its previous collaboration with the designer – a set of lounge chairs – which are now available with a new matt black finish. Pollock was born in Philadelphia, Pennsylvania, in 1930. He died in a house fire in 2013 at age 83. His 1963 Executive Chair, designed for Knoll, has become an iconic symbol of mid-20th century workplaces. The brand rereleased another of his designs – the 657 Sling-back Lounge – soon after his death. 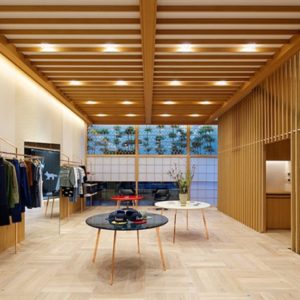 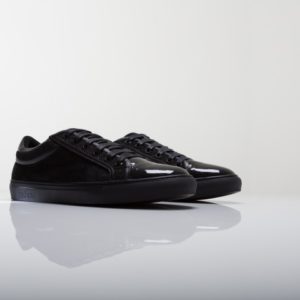 The Black Collection by Ushuu by retail design blog 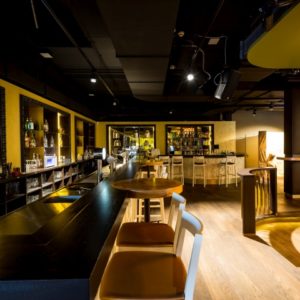 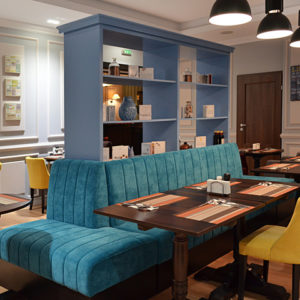