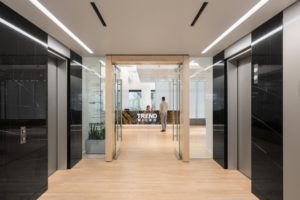 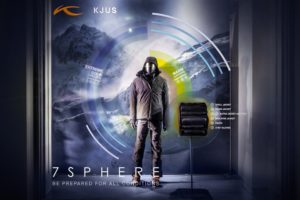 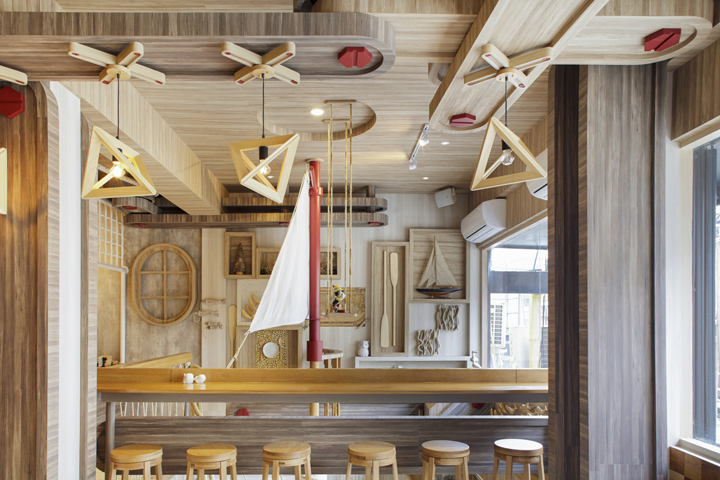 A Ship inside a whale’s belly (scene form Pinocchio’s story). Located at “Siam Square”, the famous shopping and entertainment area of Bangkok, where new trends are emerge and crated. The new concept of a grilled seafood restaurant was born with the famous of fresh seafood and outstanding design. 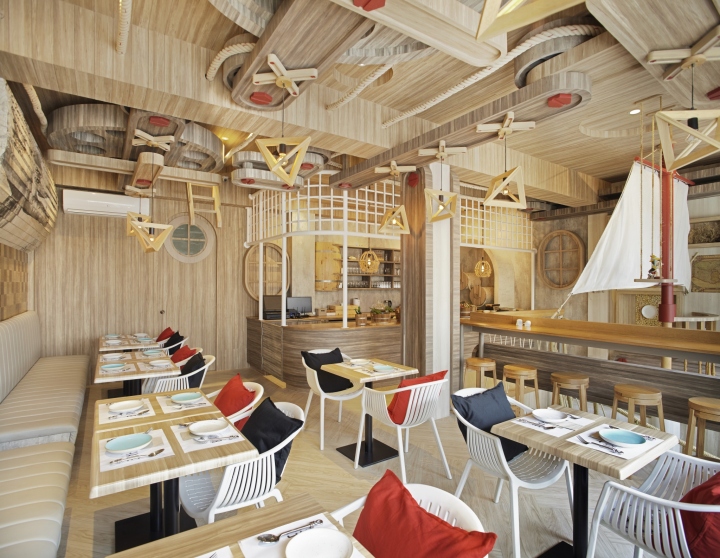 The starting idea to design this place is to escape from the normal character when people think of “seafood restaurant”, the character of shrimp, shell, crap, fish, octopus, sailor, fisherman and lighthouse. After brainstorm, we come up with a “Whale”, the king of the sea. The expanding idea from whale is a scene from Pinocchio story where a Pinocchio’s father trap inside a whale’s belly and try to escape by make a whale sneeze. Thus, he creates the smoke by burning everything inside a whale’s belly including fishes and other sea animals’ whale ate. 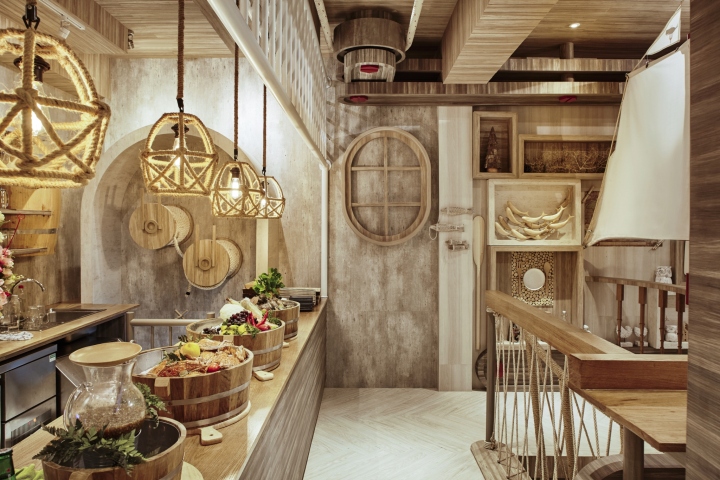 From the story, the main idea of the restaurant interior design is a ship that had been swallow by a whale. The outside of a restaurant shows a curve line simulate as a strip in a whale’s belly. Because Pinocchio’s father is a carpenter, an inside atmosphere decorate by wood as a ship deck. In a first floor’s main entrance located a spiral staircase, which copy from the ship’s spar. The stair decorates by a canvas of a ship’s junk with the restaurant logo at the top. 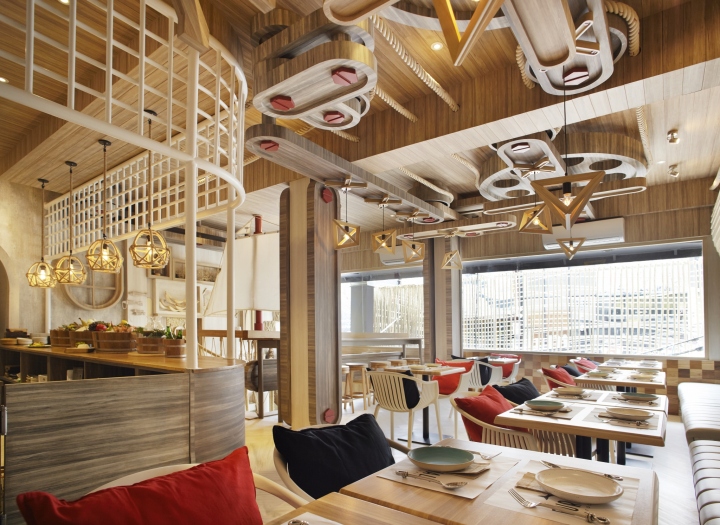 The second floor of a restaurant displays a giant fresh seafood wood bar for customers to pick by themselves. Next to the bar is a wavy shape custom-made sofa. The back of the sofa made from a special technic called decoupage; use drawing paper of a whale’s journey to attach in sofa. 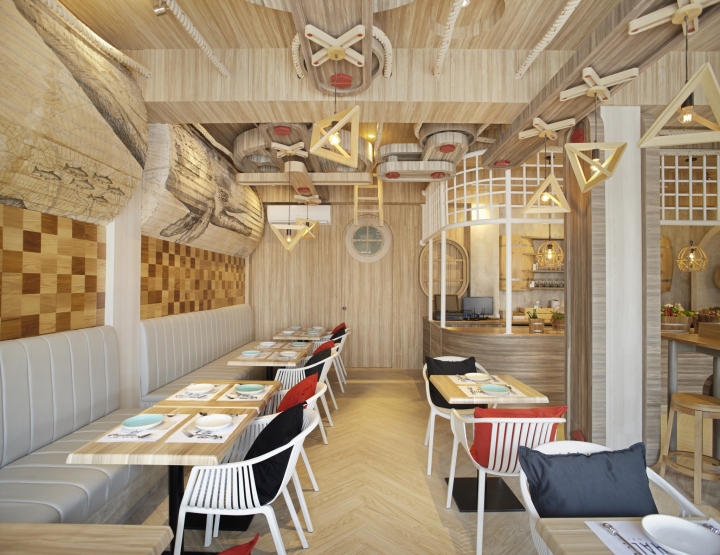 Looking up, a restaurant ceiling is another highlight. The detail of the ceiling decorates with a hoist and a marionette mechanism beautifully arrange. Also, if customer sits at a bar’s zone on a second floor, they will be able to look down at the spiral stair and find Pinocchio play a swing. 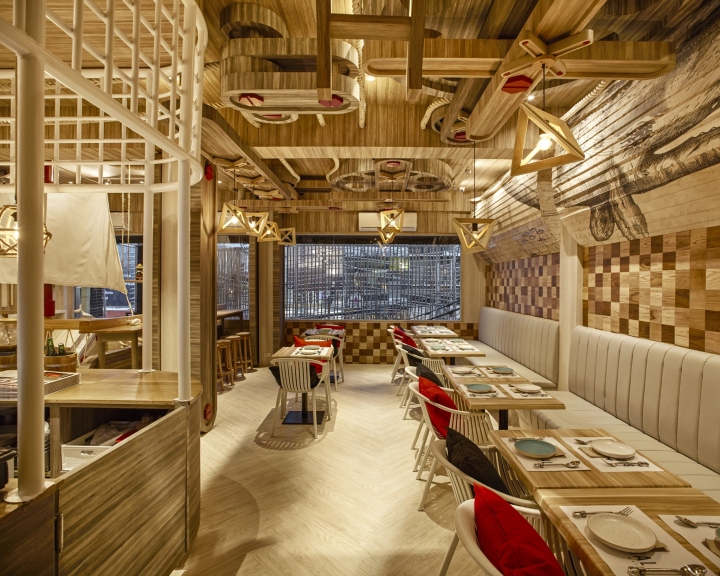 The challenge in design of this project is to come up with a new image of a seafood restaurant. Another challenge is to transform an old space where the first floor and second floor do not attached each other, to be a functional and design wise. Let escape together by burning all the seafood to make the whale sneeze. 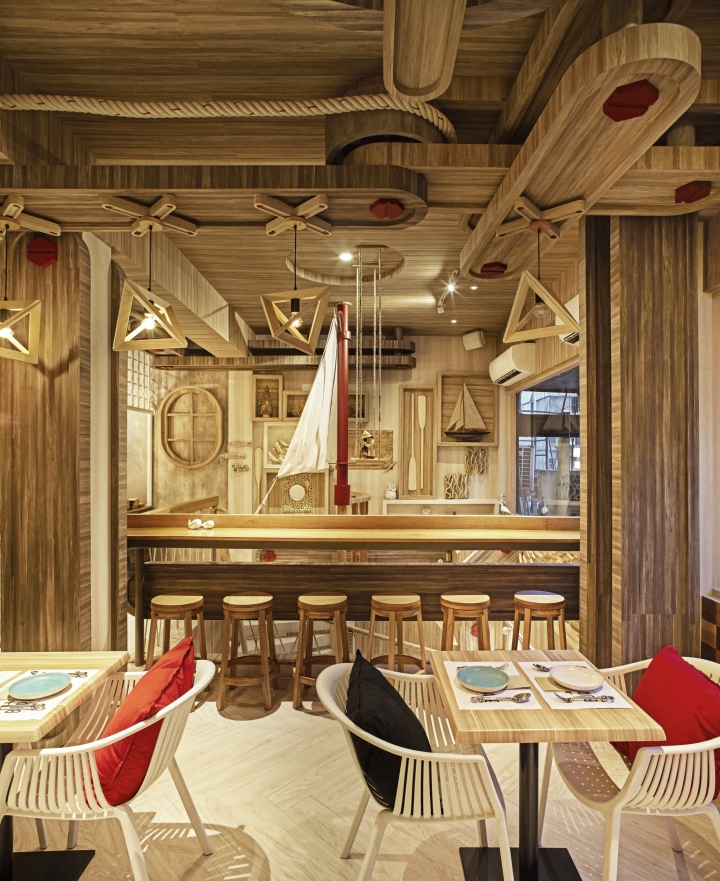 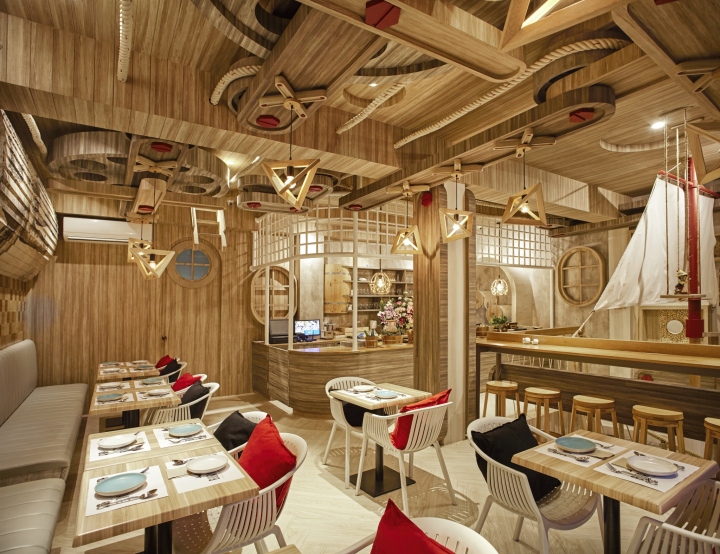 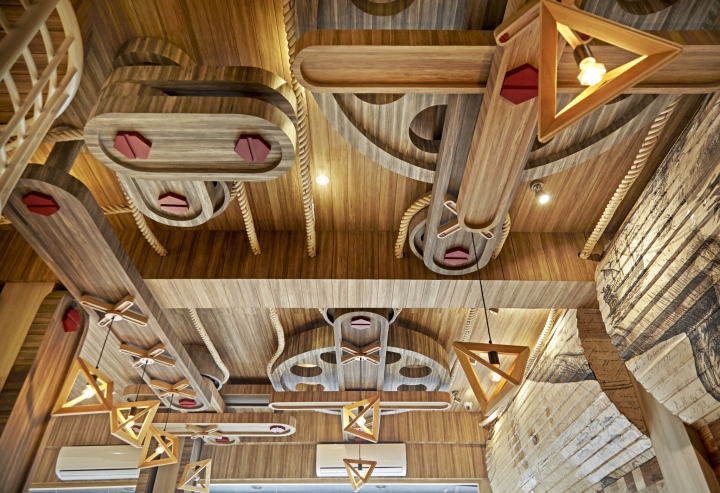 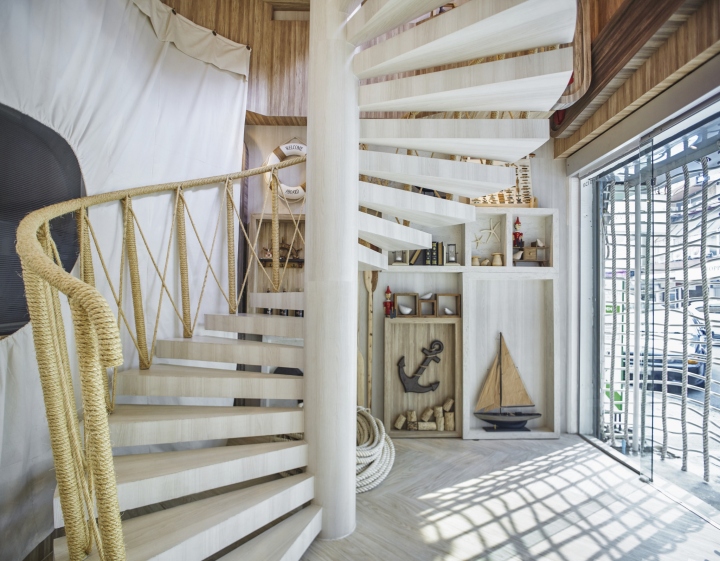 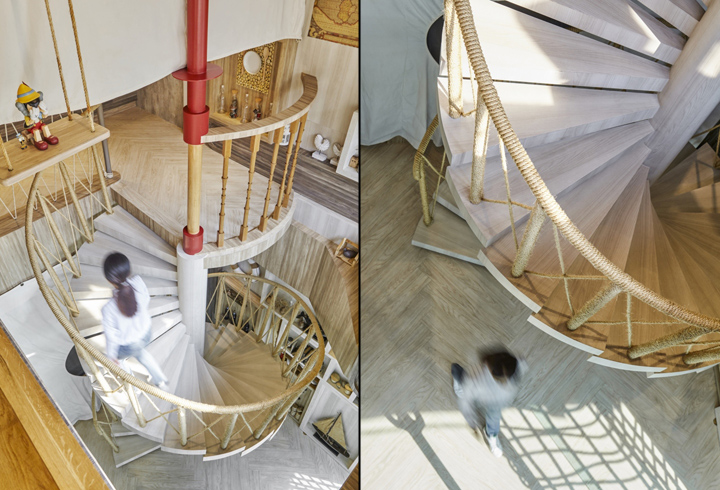 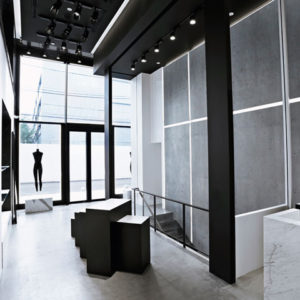 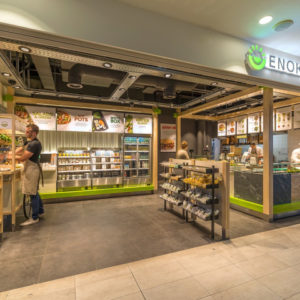 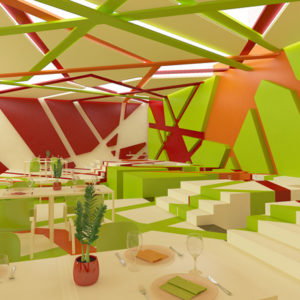 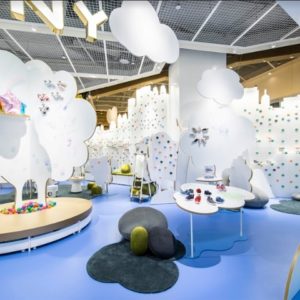