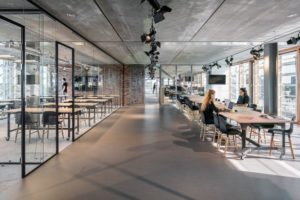 Pyramida branding by Reynolds and Reyner 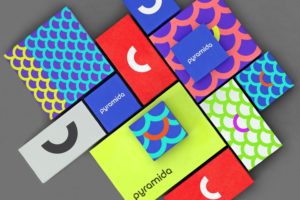 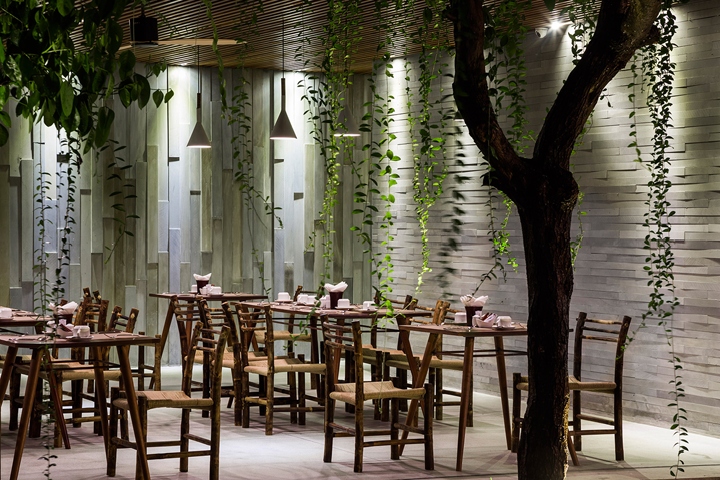 Vietnam-based Vo Trong Nghia Architects designed the Atlas Hoi An Hotel for an irregular shaped plot in Hoi An’s Old Town. Made up of four raised volumes, it features 48 rooms, with views of greenery from both the bedroom and the bathroom of each suite. The walls of the structure are built from locally-sourced sandstone blocks, set between exposed concrete floor slabs. It is these slabs that support the vertically arranged concrete planters. Filled with greenery, the planters offer shade to corridors located behind, and allow the breeze to naturally ventilate them. Natural light is also able to filter in through perforations in the stone walls, without causing heat buildup. Vo Trong Nghia is known for his innovative use of vegetation in architecture projects, on projects like the Babylon hotel covered in climbing plants and the Farming Kindergarten with a vegetable garden on its roof. For the Atlas Hoi An Hotel, he and project architect Tran Thi Hang wanted the design to also reference the secluded courtyards that are common in the town. Since being named a UNESCO World Heritage Site, the place has seen a growth in tourism that has resulted in ancient houses being converted into shops and restaurants – something that needs to be treated sensitively, according to the architects. “The neighbourhood is well known for its beautiful tiled-roofscape and its internal courtyards that provide a layered spatial quality between the inner and outer spaces,” they said. “This quality has been slowly eroded due to chaotic commercial flow,” they continued. “As a consequence, Old Town has lost its charm of a calm and peaceful lifestyle.” Three of the building’s volumes are set at an angle to create a new courtyard, big enough for a swimming pool. Here, draping plants provide shade for sunbathers. A fourth volume slots in between a row of existing buildings, and several smaller courtyards occupy the spaces between the various blocks. The bases of all four main blocks are raised up on concrete pillars to create a more open and legible ground floor that connects all of the courtyards and entrance areas. “This spatial quality reflects the dynamism of the new Hoi An, but also retains the charm of the Old Town,” added the architects. The spaces underneath the blocks are occupied by a restaurant, spa and gym, which are all open to the pool. Vietnamese architect Vo Trong Nghia is establishing himself as Vietnam’s most prolific 21st century architect – ranking 28th in Dezeen Hot List, a comprehensive guide to the most newsworthy and searched-for players in the design world. The architect has become particularly well known his for pioneering use of sustainable materials including bamboo and thatch. Other project his firm have completed this year include a house topped by a stepped garden and a Panasonic showroom with a perforated terracotta facade. 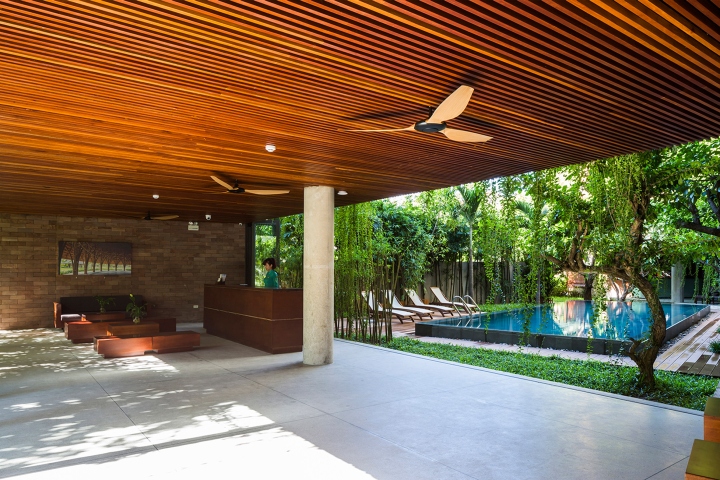 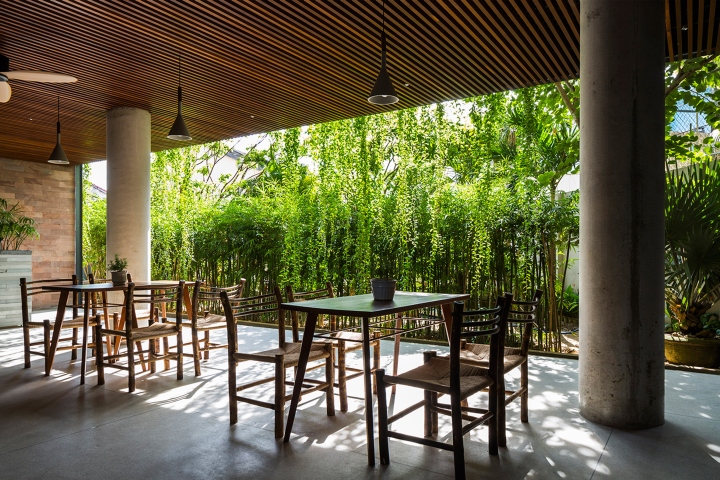 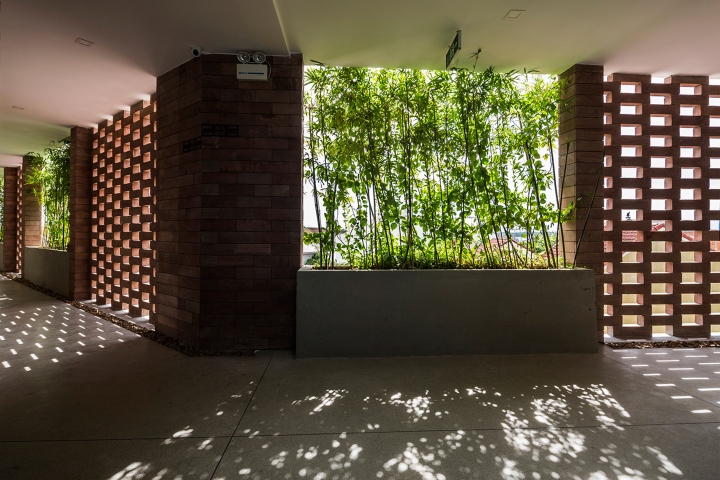 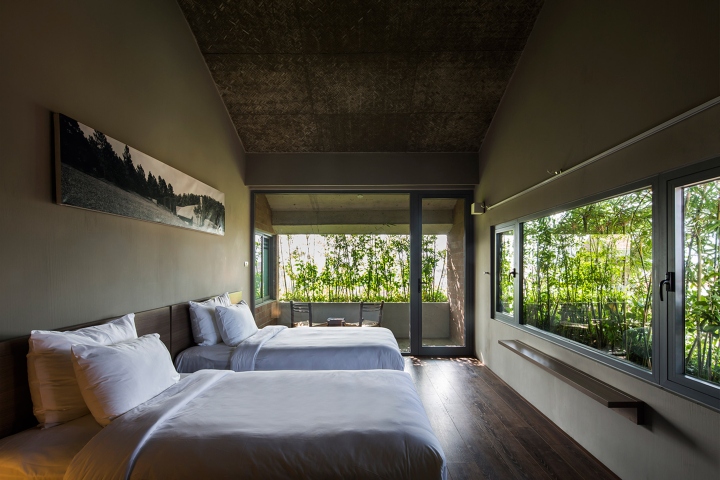 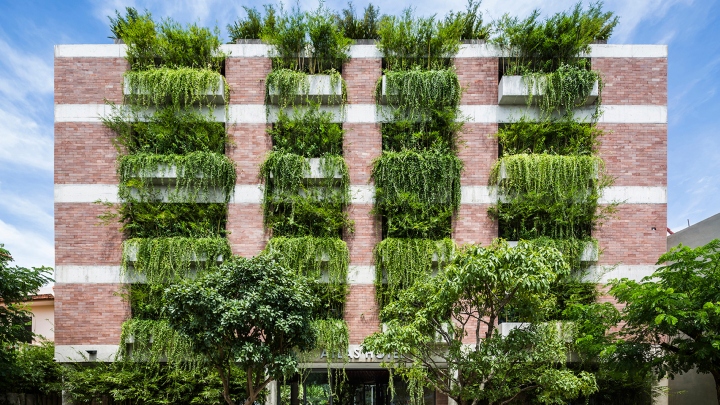 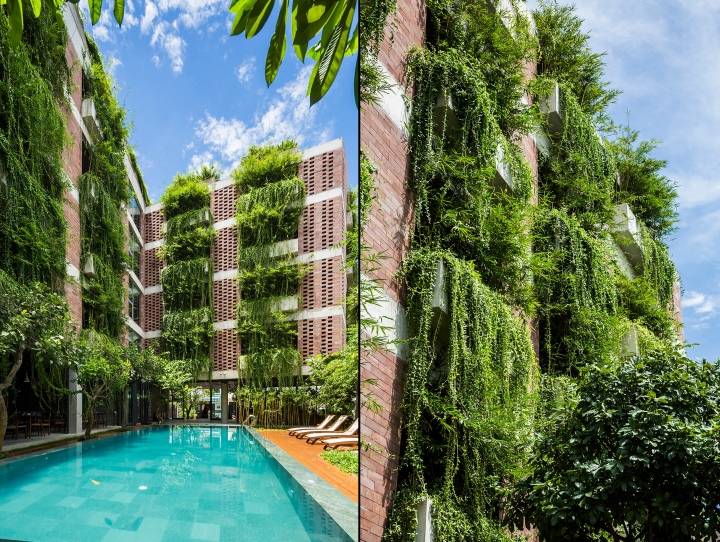 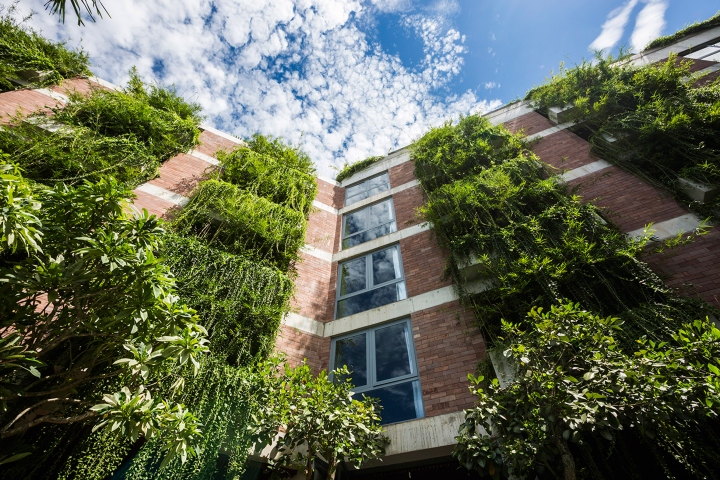 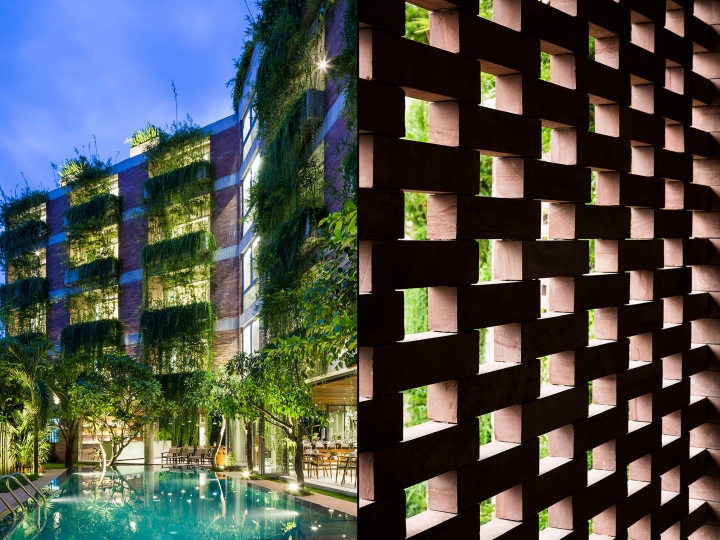 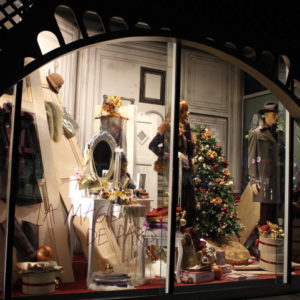 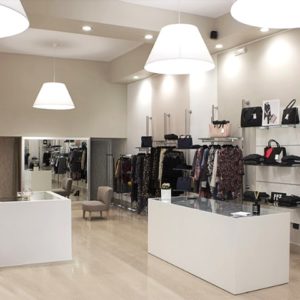 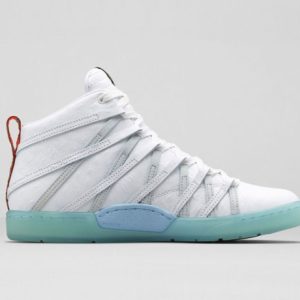 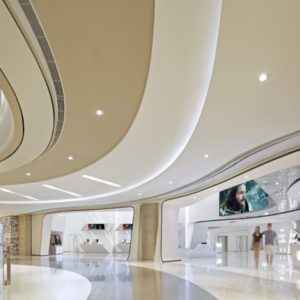