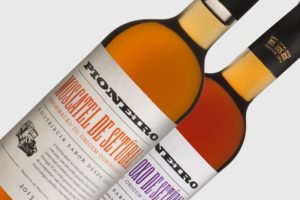 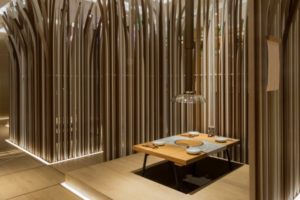 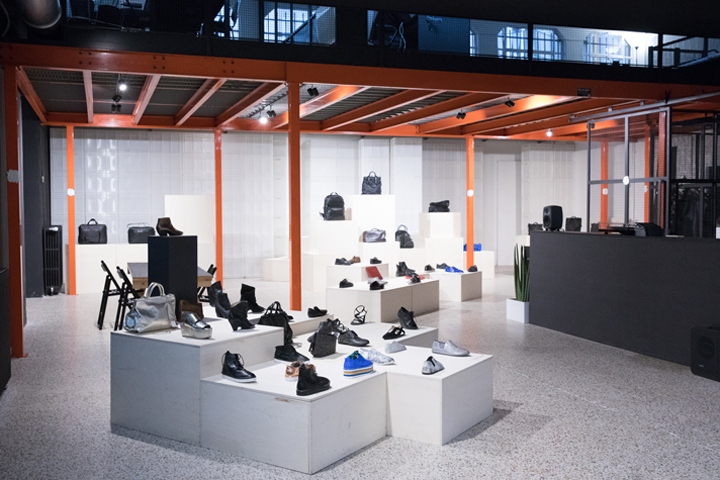 Picking an inconspicuous ex-centric location for its new concept store in Milan’s residential Lazio neighbourhood, far removed from the glittering flagships downtown, not only exemplifies high-end shoe brand Marsèll’s quirky creative trajectory, but it’s also a significant boost to its global exposure. Wedged in between bland 1960s apartment blocks, the store’s modest yet freshly painted black and white façade is adorned by its name Paradise in neon lettering, and contrast sharply with the weathered appearance of the surrounding structures. When venturing through the iron gate – and how could you not, given the venue’s alluring name? – a versatile space unfolds that combines a retail section, a library and a gallery, and which aims to facilitate a continuous creative dialogue in the art world’s many disciplines. Marsèll Paradise Milano, as it’s officially called, is spread over two floors, and features a clean and contemporary interior that befits the hangar-like structure it occupies. There’s a coherence and balance in the choice of materials and colours, and the choice of structly functional furnishings adds to the orderly and restrained aesthetic. Large windows and a number of skylights allow in floods of daylight, while a spotlights highlight specific sections of the store and products. So, what’s on the shelves at Marsèll Paradise Milano? First and foremost there’s the brand’s extensive collection of men’s and women’s shoes, bags, select apparel items, in addition to art and photography books and magazines, records, and a rotating program of exhibitions and special projects that’ll continuously pull a mixed crowd of fans to its doorstep. 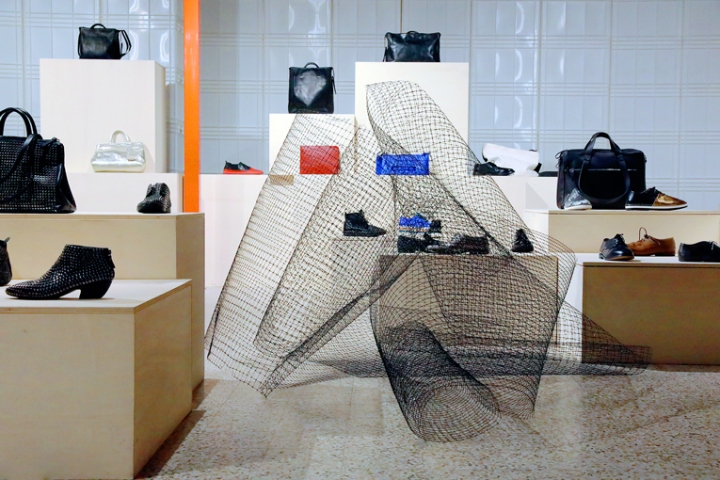 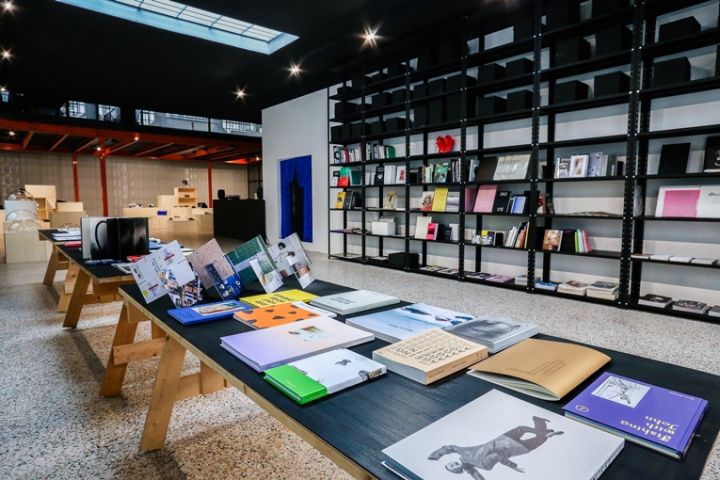 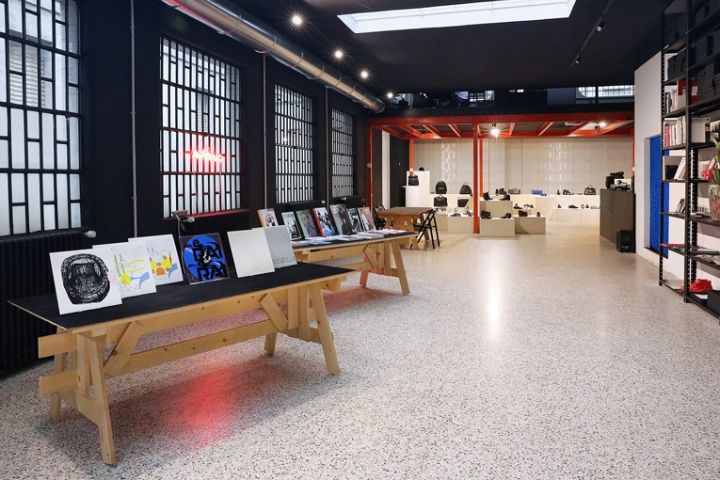 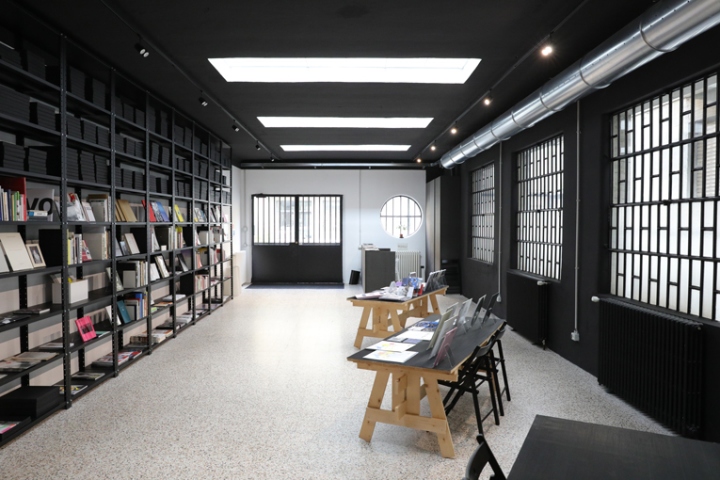 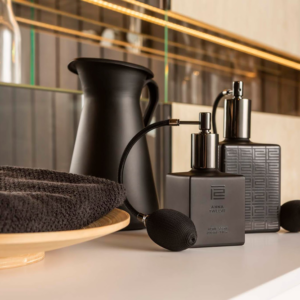 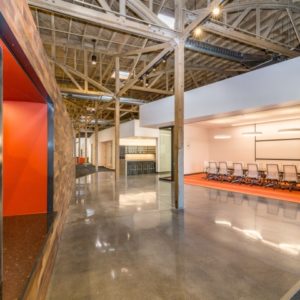 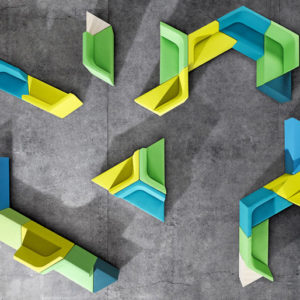 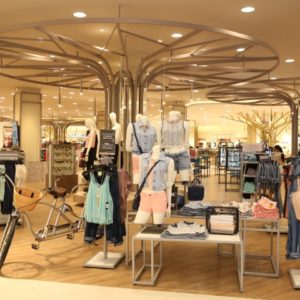