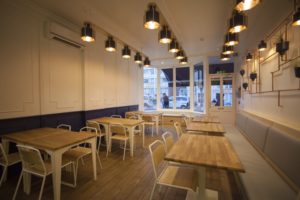 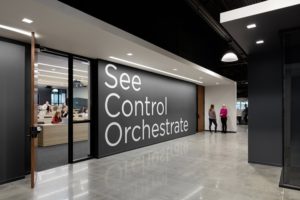 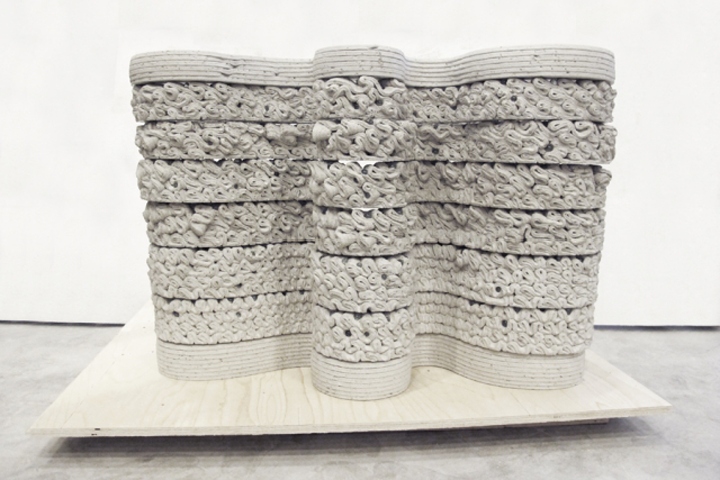 It may remind you of the mess Anish Kapoor made in the Royal Academy of Arts in late 2009 when, amongst his various pigment-enriched wax pieces, a room of pallets became plinths for piles of cement produced with a computer-aided piping machine. Rotterdam-based architecture firm Bekkering Adams has taken the concrete dream one step further to test the partnership of concrete and technology in a more tangible way, with the proposal “Fire Wall”. In collaboration with the Technical University of Eindhoven and Cement & Beton Centrum, the prototype experiments investigate the effects gained by altering the variables of the technology – changes in height, speed and texture all produce different results. The university’s professor of architectural design and engineering Juliette Bekkering spoke to Mark to explain the project in further detail. The 3D concrete printing technique has a very standard prototypical layering. Our focus was then to design and explore the ornamentation of those layers. Our aim is not to take the layering of casting and printing concrete for granted but to explore and enhance them by transforming them into ornaments. The details and the final shape both play an equal role in the creation of a final product. Were any drastic alterations made to the printing machinery to enable to cement to flow freely? We tested out different nozzles to define the final layers of the prototype, reducing the size and flattening the layers to increase the contact surface between them. We intervened with the material in order to find the right balance between the hardening time – to keep its shape – and the fluidity needed to guarantee the freedom of the form. The next step is to make the prototype go further and start experimenting on a bigger scale – stretching the shape of the object, integrating glass and enriching the possibilities of ornamentation. Where do you see concrete printing fitting within the industry? Just as we learnt from Béton Brut (concrete left rough after casting to expose the texture of the formwork) where the impression from the cast created a specific aesthetic, we aim to make the 3D printed layers an aesthetical expression of this technique by designing filigree patterns. The visual surface is just as important as the final shape. Fire Wall will be displayed at the 2017 Bouwbeurs International Building and Construction Fair in Utrecht from 6–10 February. 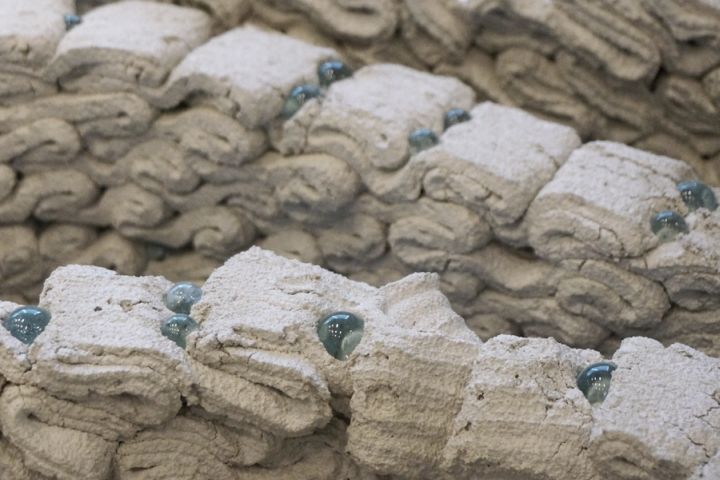 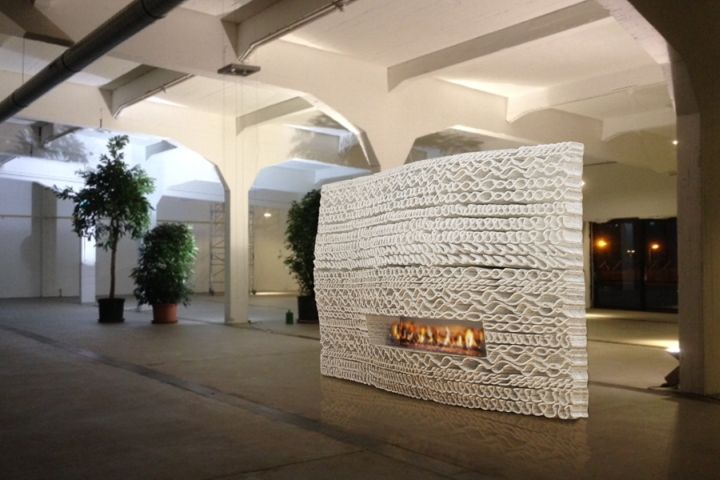 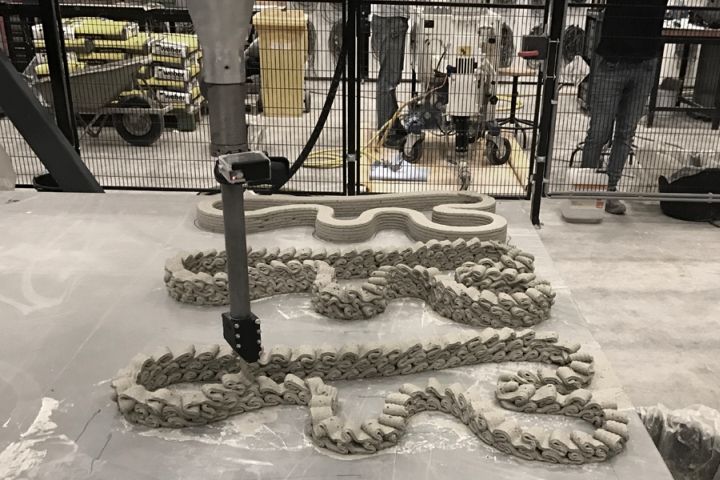 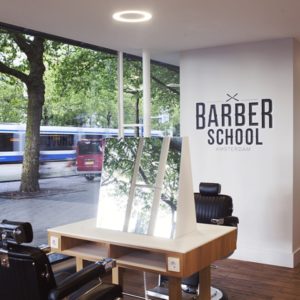 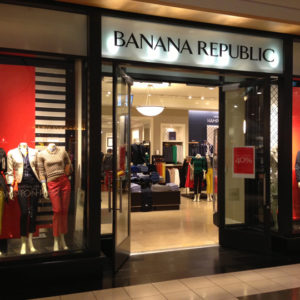 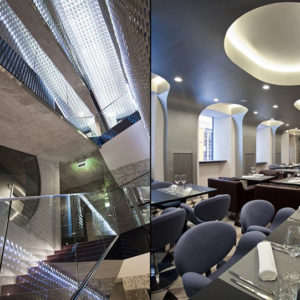 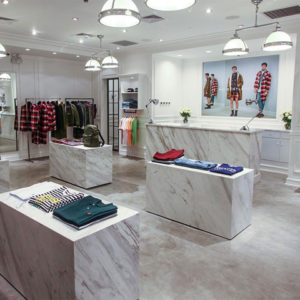