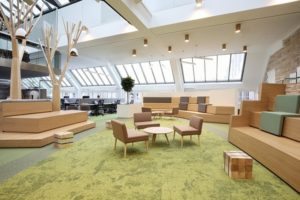 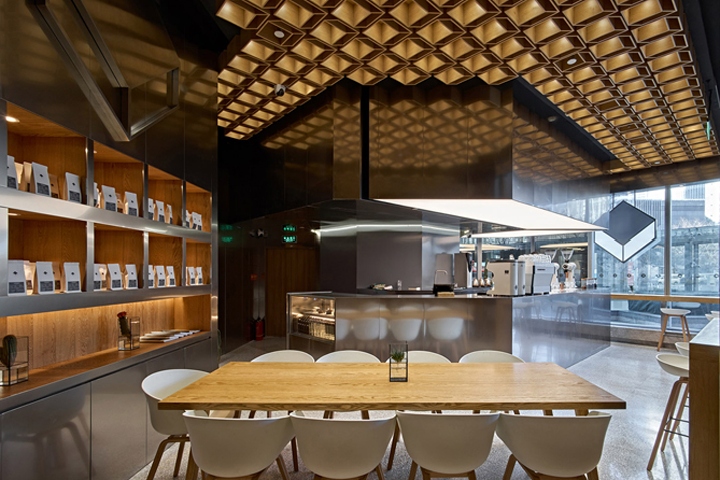 As we elaborated on in a previous post, the consumption of coffee has gone leaps and bounds in China’s first and second-tier cities, and it has now reached a stage where not only the quality of the substance has become a pull factor, but also the retail format in which it’s presented to an increasingly savvy fanbase. In fact, it’s particularly this demographic of upwardly mobile professionals that drives innovation in this segment. a little while ago a new establishment popped up in Beijing’s Central Business District, and it’s one that ticks all their prerequisite boxes. Called Greybox Coffee, it’s a newly launched division of chinese high-end flower shop Roseonly, and its very first branch has found an appropriate home at Beijing Kerry Centre, one of many glittering high-rise complexes in this high energy part of town. Occupying a space of just 75 sqm. in the mall’s south tower, the coffee shop is centered around an octagonal service station clad in stainless steel. The shiny material extends across the walls, but gives way to two large wood-lined niches – one furnished with tables and chairs, and the other featuring an elongated desk with stools, where to sit back, relax, or slave away on your laptop over a cup of specialty coffee – and a grid of smaller ones featuring prized packs of coffee. Another desk and stools is situated along the front window with views of the busy road and pedestrian traffic. Special attention has been given to the ceiling lighting, comprising of an expansive grid of wooden boxes, each encasing a spotlight. The sleek Greybox Coffee café has been set up as a meeting place for savvy connoisseurs – and the neighbourhood’s business community for that matter – serving carefully sourced coffee from Guatemala, Honduras, El Salvador, Costa Rica, Panama, Ethiopia and Kenya. To assure its clientele a superior serve, top machinery has been brought in from Europe, and even the dairy that’s used in all the latte and capuccino concoctions is top-notch, and flown in straight from South Korea and Australia. The menu is further complemented by a wide range of pastries, cakes, cookies, and last but not least, freshly made fruit salads. 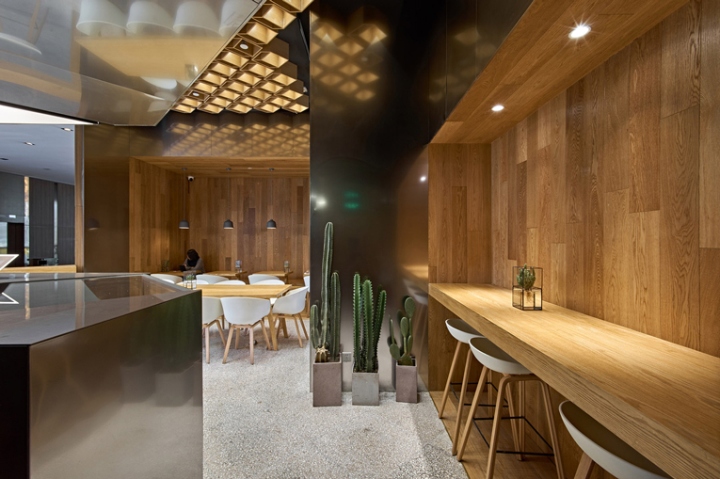 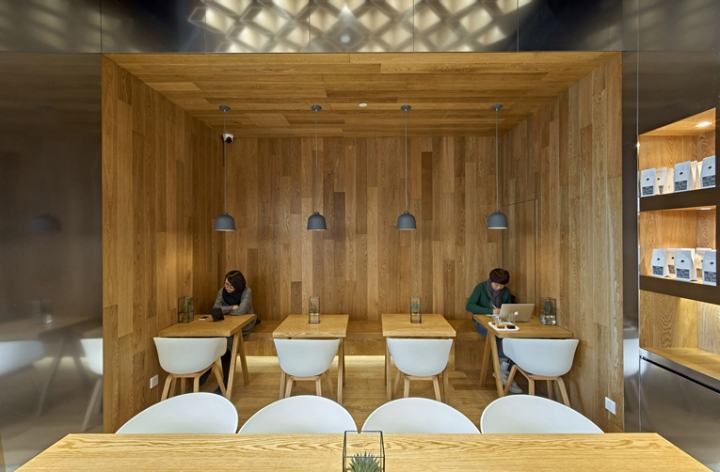 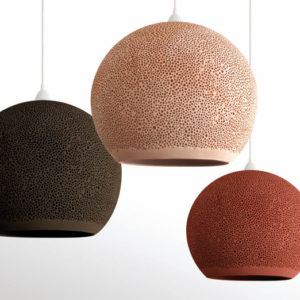 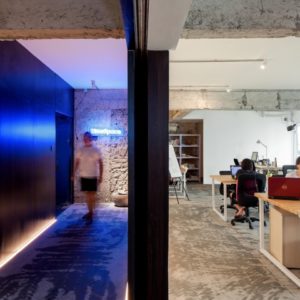 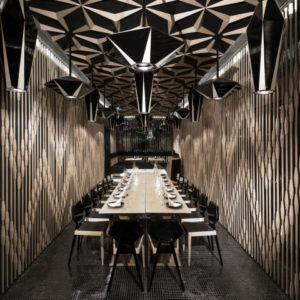 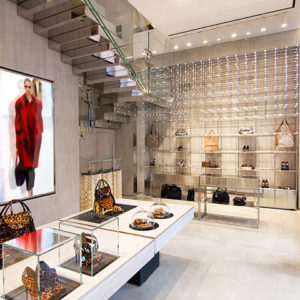