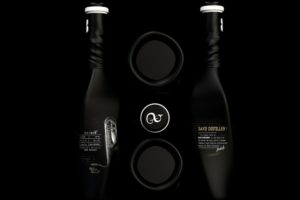 Barbara Aurell, the soul of Espacio en Blanco interior design studio, is the ideatress of the new restaurant Auto Rosellón, an eclectic space based on the innovative #NoTag idea​​: a place where food, people, feelings and decor are untagged and authentic. Everything in the premises can be seen, touched, tasted and experienced, it can even be explained, but it is difficult to categorize with a particular “tag” as each element has its own personality. The set is a spontaneous mix of styles, tastes and perceptions that make Auto Rosellón a different and unique restaurant. With more than fifty years as part of the urban landscape of the Eixample, Auto Rosellón was formerly a car repair facility. Aurell, along with Max Altés – The Thing Thinks (branding and corporate image studio) – have taken advantage of the soul and history of the space to create the image and brand concept, preserving for that purpose the name, the facade and even the old business sign, and the demeanour and the way people relate to each other: Auto Rosellón is a place where customers are personally known and where close relationships reign. Barbara Aurell manages to capture the philosophy of an eating house in the interior of Auto Rosellón, with a casual and relaxed style, creating a direct and close dialogue between the client and the place, feel like at home. One of the resources that Aurell uses to achieve this warmth is the innovative chef’s table: it’s frontal and welcomes the premises. It is a real working table where the chef prepares dishes and invites people to eat. Exactly like in a normal home, it is full of fresh foods that are consumed and replenished throughout the day. Another highlight of familiarity that Auto Roussillon has accomplished is the space distribution, which allows customers to take a seat at a large table with others to mingle, and share the dining experience. In contrast with the very characteristic blue facade, which respects the original sign and structure of the old Auto Rosellón, the interior is an austere place, with concrete floors and white walls. And a out of place parking line in gray tones: It hides a wink to the original Auto Rosellón also present in small elements of the space and even in the logo, bold and chic: the subtle use of golden tones. The furniture, designed specifically for the space, consists of an eclectic mix of elements. Again, it is the union of the elements which characterizes #notag space. Auto Rosellón in four defined areas: the kitchen, the dining room, the bar and the outside space. The kitchen, in full view and welcoming, is the boldest element of the layout of the place, and in charge of representing warmth and closeness. 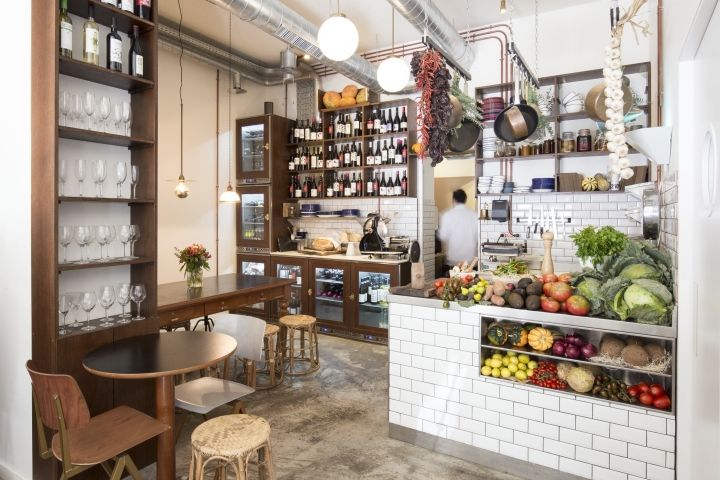 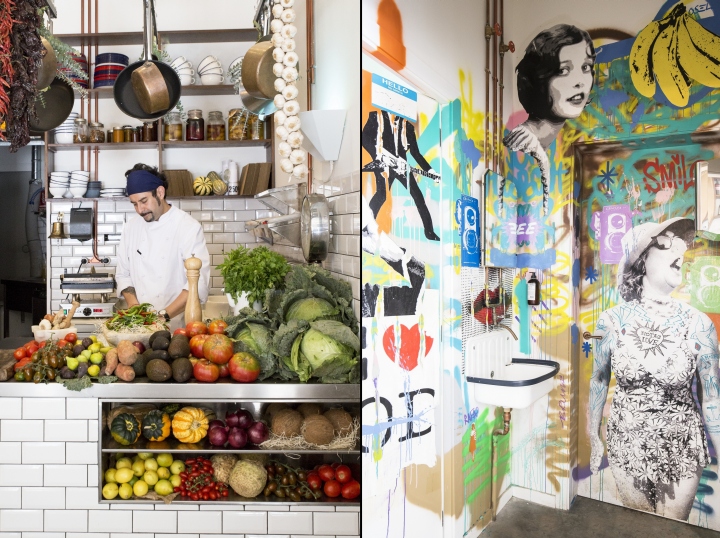 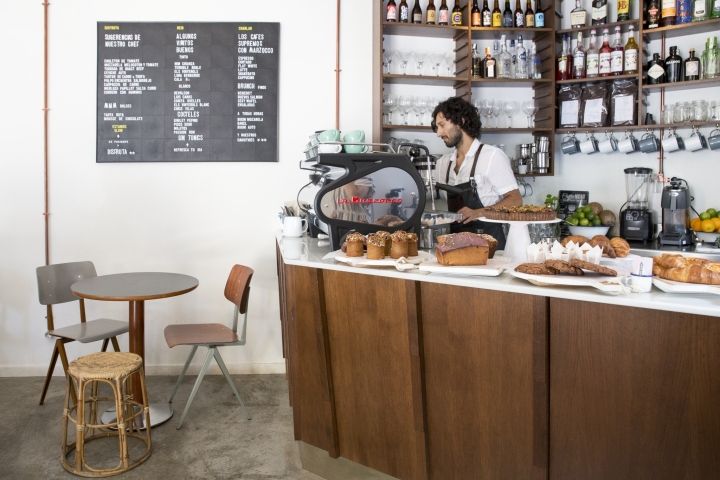 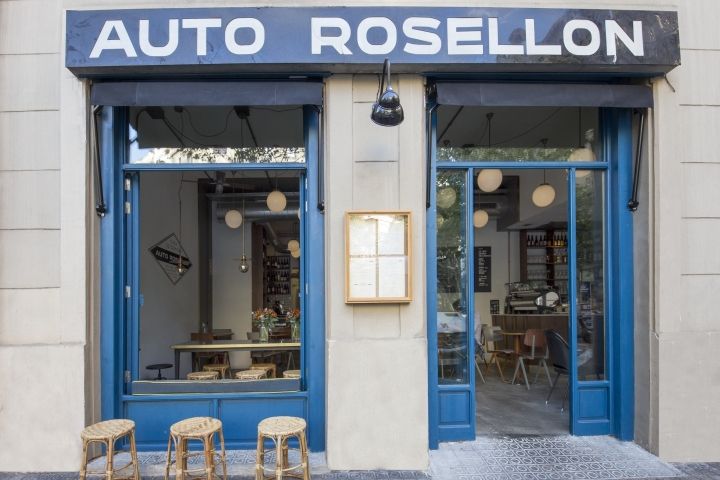 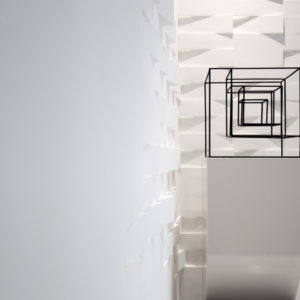