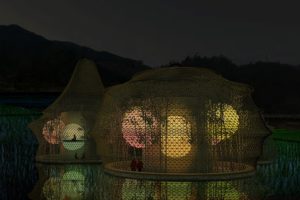 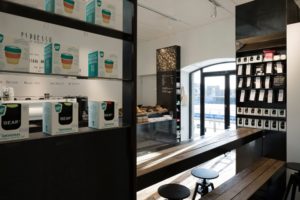 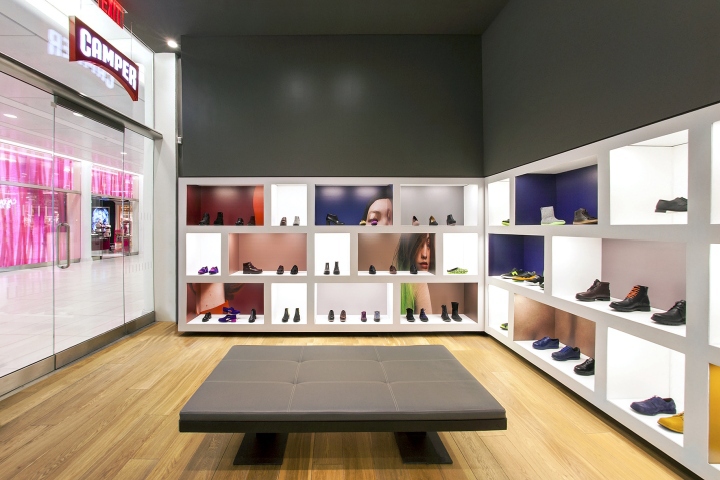 According to MADGI Principal Steven Andersen, “The 650-sq.-ft. store represents Camper’s creative and unconventional approach to designing its retail outlets around the world. The firm introduces different store concepts in order to create unique experiences for shoppers at each of its locations. The World Trade Center store’s design is based on the idea of diorama-like exhibits, in which shoes serve as the focal artifacts.” The Camper store is divided into a 400-sq.-ft. sales floor and a 250-sq.-ft. stockroom area with a manager’s station. It features a 22-foot-wide glazed storefront and entrance facing the mall’s internal pedestrian walkway, hardwood oak plank flooring with satin finish, and gypsum board walls and ceiling painted gray. The signage consists of an illuminated, red and white, acrylic Camper logo suspended from the ceiling above the storefront entrance and additional logos attached to displays. The interior fixtures include seven-foot-high “diorama” merchandise display cabinets, fabricated in Spain and installed along three perimeter walls of the store; a free-standing, a six-by-three-foot display table installed in the center of the sales floor; an oversized, upholstered bench; and three small stool-type tables for window displays. One of the wall units includes a mirror. Transactions are processed at a small, red cash wrap located in the sales floor’s corner to maintain the geometry of the store. The cash wrap has a pullout counter to accommodate patrons in wheelchairs. “The white-painted, aluminum ‘diorama’ cabinets consist of boxes of varying dimensions, intended to showcase either individual pairs of shoes or small collections. The boxes feature Orion Sword LED light strips by Bruck Lighting hidden in the top sections of each display, and replaceable photo backgrounds that reflect changing seasons and inspirations for each shoe design,” explained MADGI Project Manager Ajay Waghmare, LEED AP. The shelves rest on support elements installed on tracks. “All merchandising fixtures have been manufactured in Spain and assembled on-site in New York,” added Waghmare. The lighting is ambient and subdued in order to focus the shoppers’ attention on shoe displays. 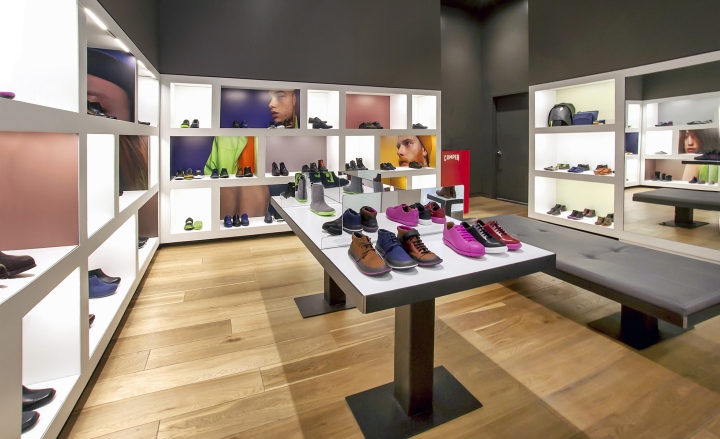 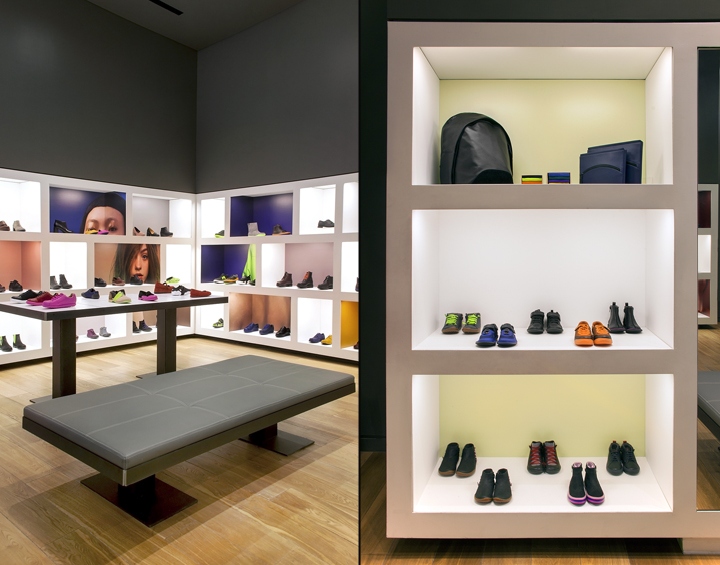 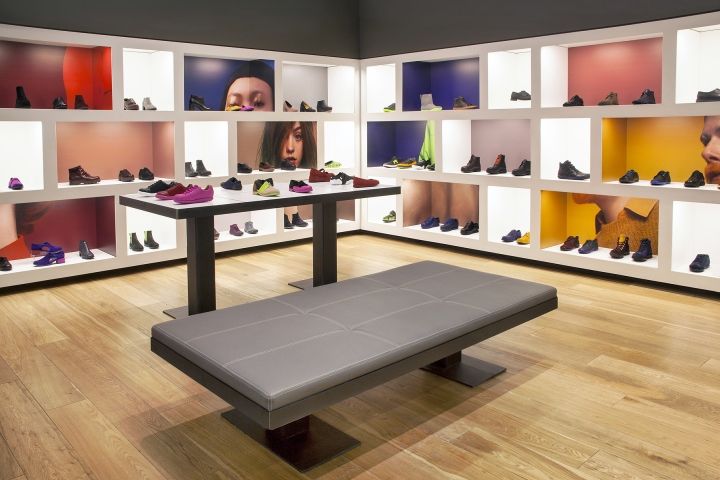 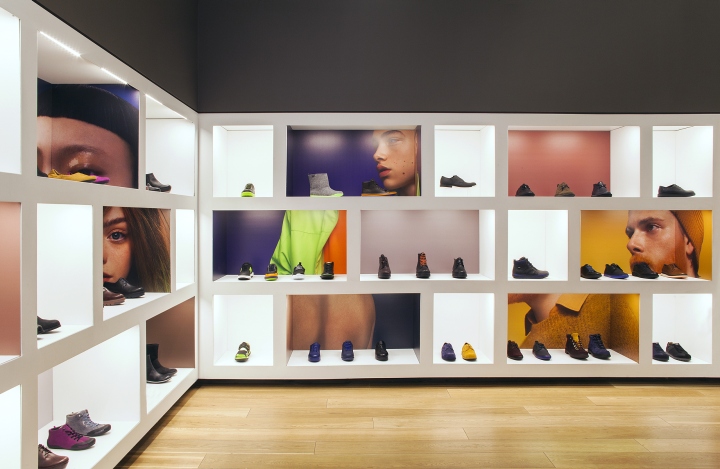 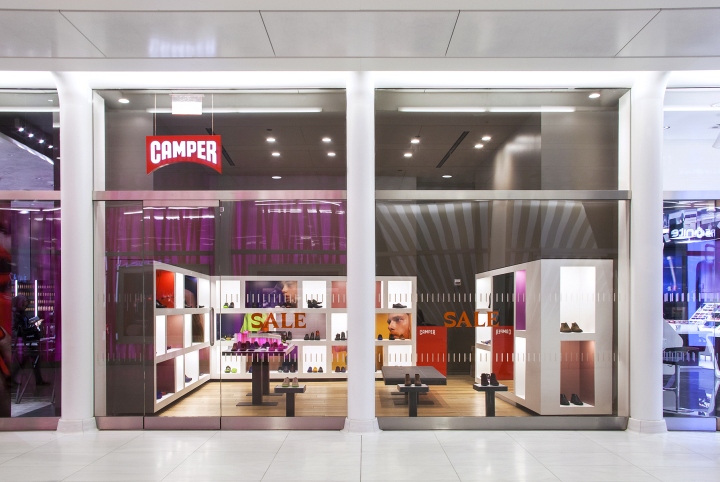 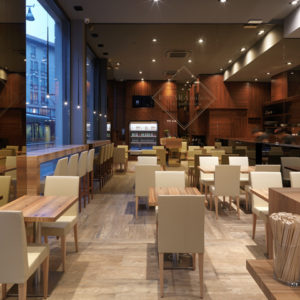 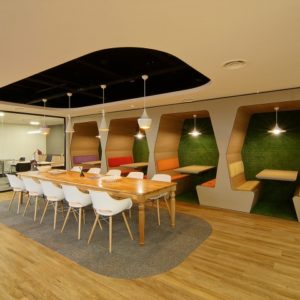 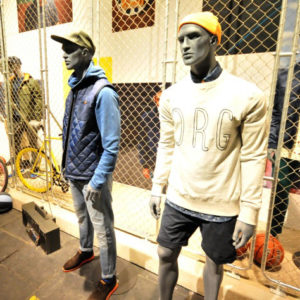 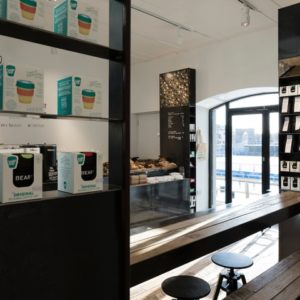