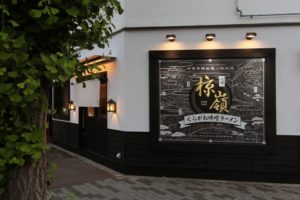 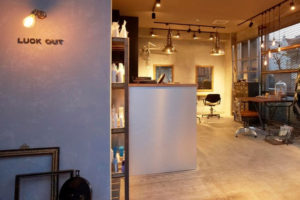 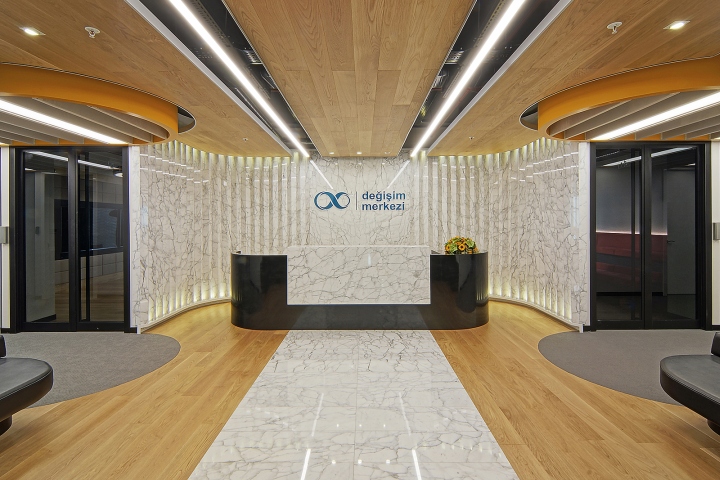 Garanti Barter Headquarter is located in Tekstilkent, Istanbul with their offices within an area of 850 m². The office has a staff consisting of 75 personnel which is into the circular plan’s office tower. General design criteria of the office is to create an open office space. However the manager rooms and some individual departments are planned into the closed spaces. The interior space of the office, which is belonging one of the leading companies in their own field, is created for having the feeling of transparency and coziness. Moving from this point, the entrance hall and meeting room is highlighted. The mirror suspended ceiling is used into the meeting room to increase the visual height for feeling into the larger space. Additionally because of having different usage in the same room, an automation controlled curtain system is divided into meeting area and seating platform. The circulation and corridor is planned in the inner circular zone which is defined with acoustic ceiling and different floor covering. This area enlarges with the cafeteria space into the center of the office. The cafeteria is used with visitors and personnel’s for lounge and small meetings. Accordingly, this area makes a big contribution to increase the internal communication of the office employees. In general sense, matching and integrating this office space designed with their own company identity, field of business, and user profile are determined as a basic design problem, and thus, it is aimed to bring sense of belonging to the space. 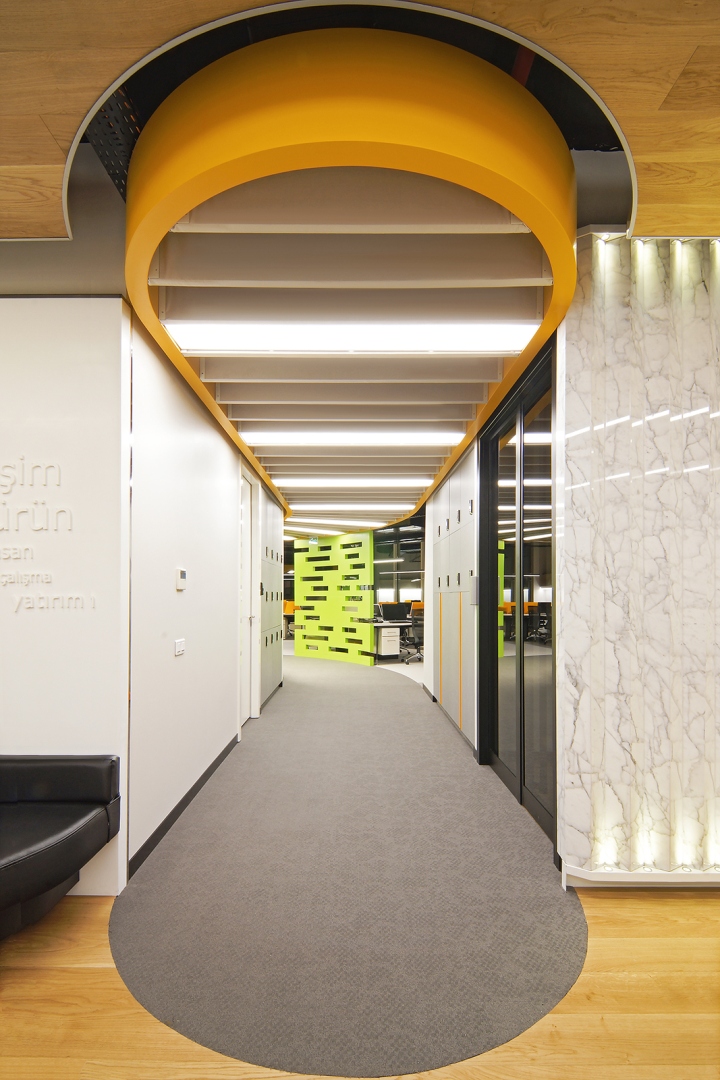 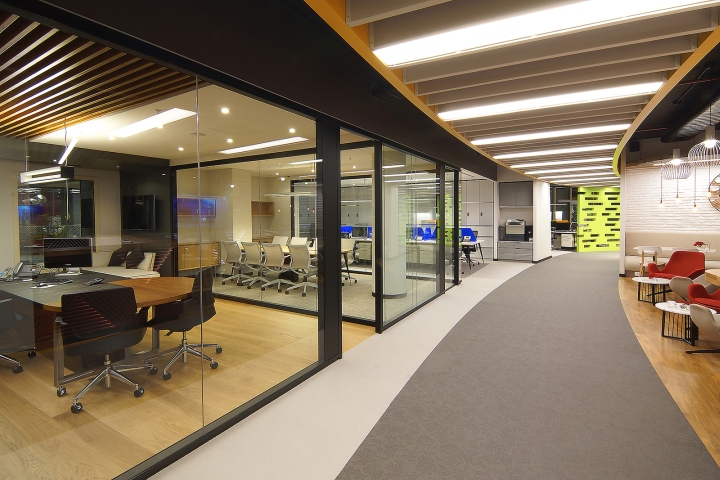 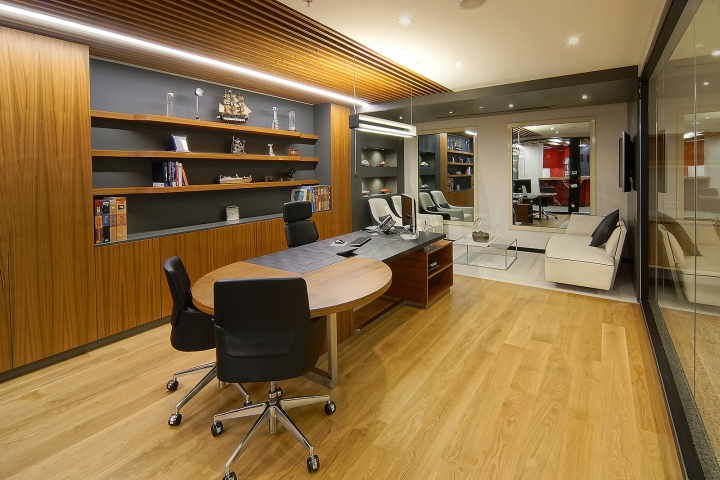 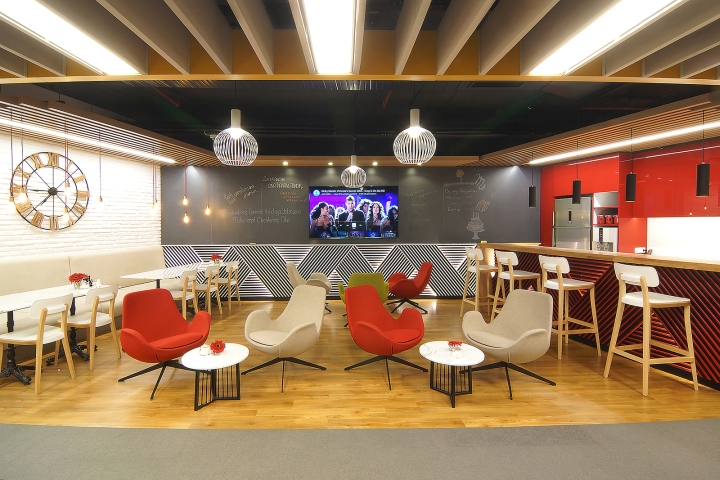 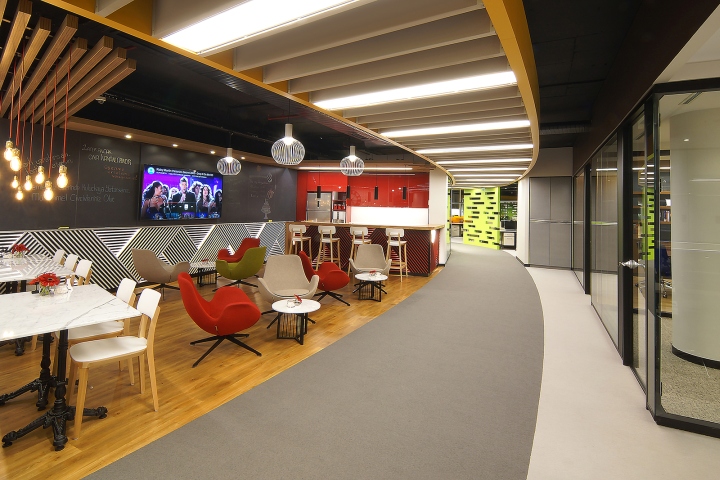 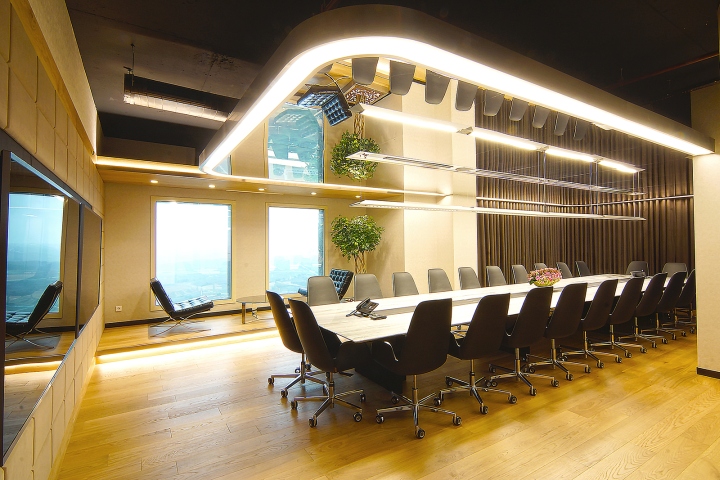 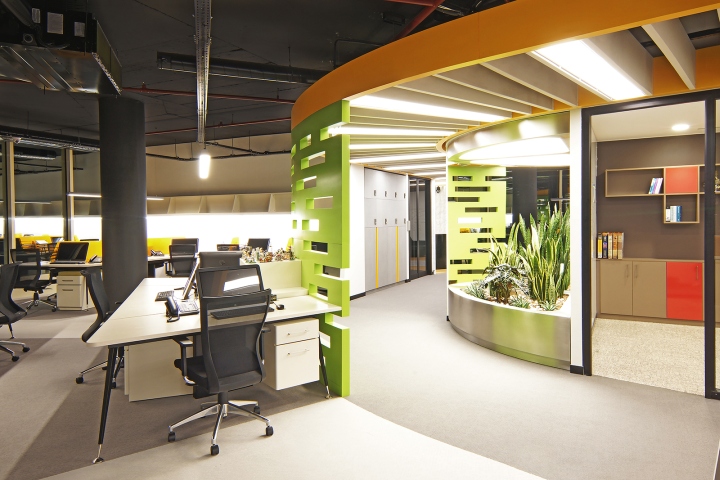 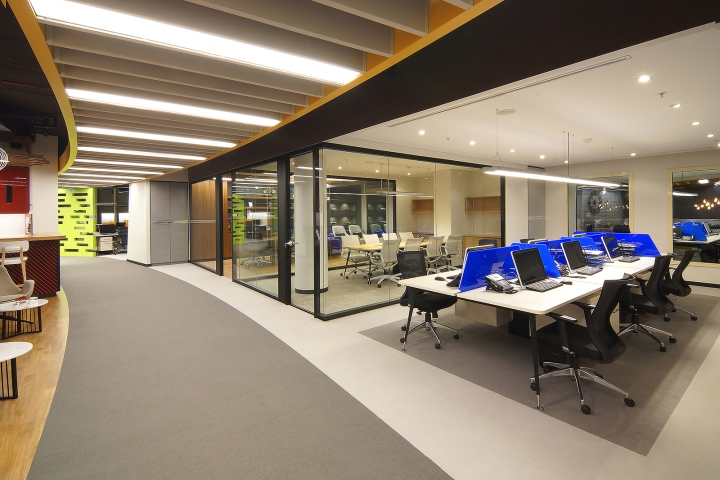 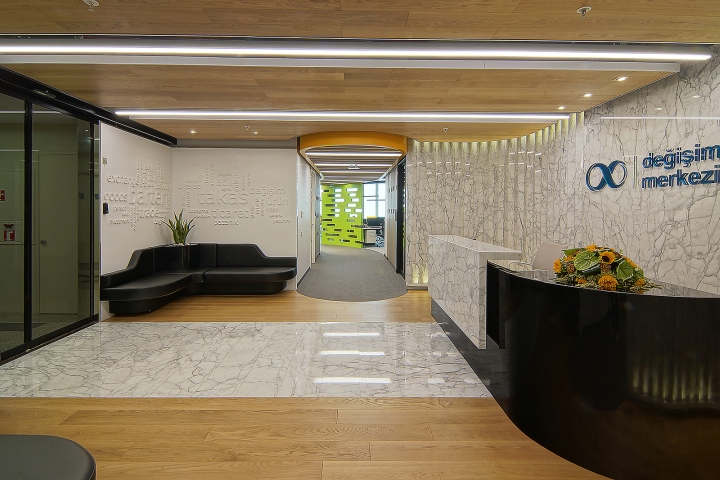 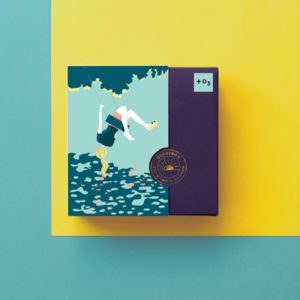 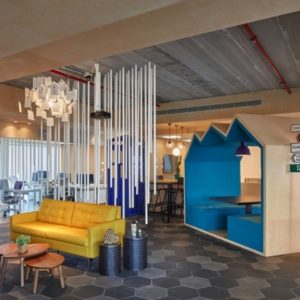 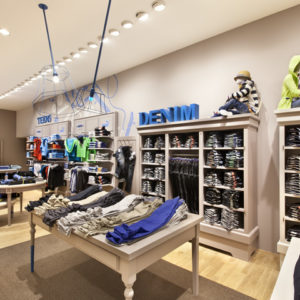 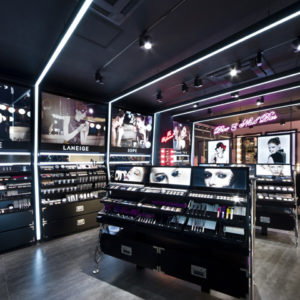