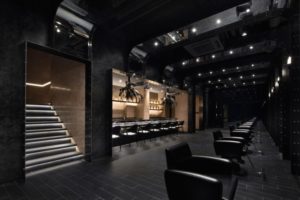 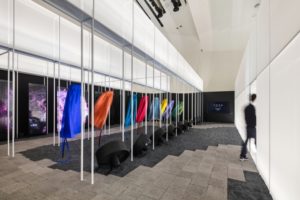 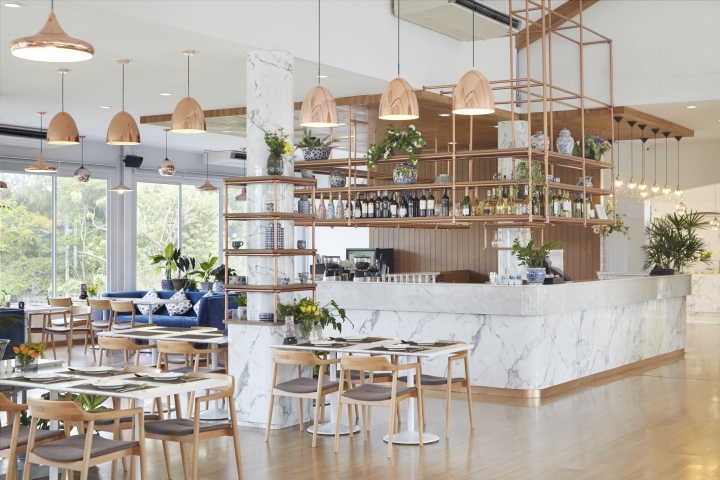 Our p/s/d team studied the history of Hua Hin and we were interested in its architectures such as Klai Kangwon Palace, Hua Hin train station and Maruekhathaiyawan Palace. So, we tried to unfold the structure and bring its character from Colonial architecture out to create new modern idea in different way for The Chocolate Factory. We chose the concept of open space which is the identity of Colonial architecture by the sea in designs through mass and void. Using the creamy white colour which make the place bright and clean to emphasize its bronze details of pipes and lamps. These decorations were represented chocolate, which is hiding the classical elegance together with products in the shop. Not only telling stories through interior decorations, but p/s/d also describing long legend of Hua Hin through graphic designs in each part of the project. The techniques of producing porcelain were used in the space to be recognized. It can be said that The Chocolate Factory in Hua Hin is one of the place where is holding the combination of designs which is inspired by the history of Hua Hin by p/s/d. 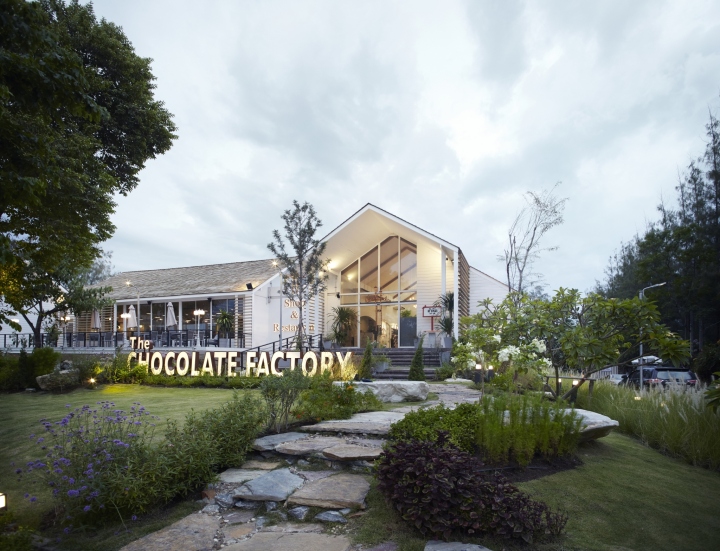 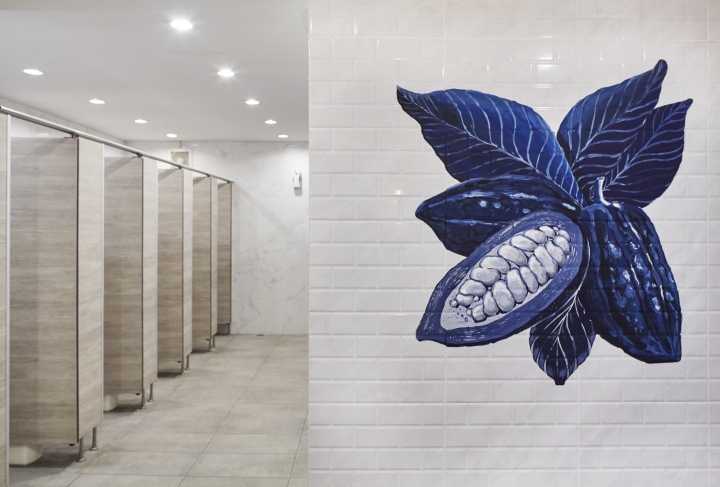 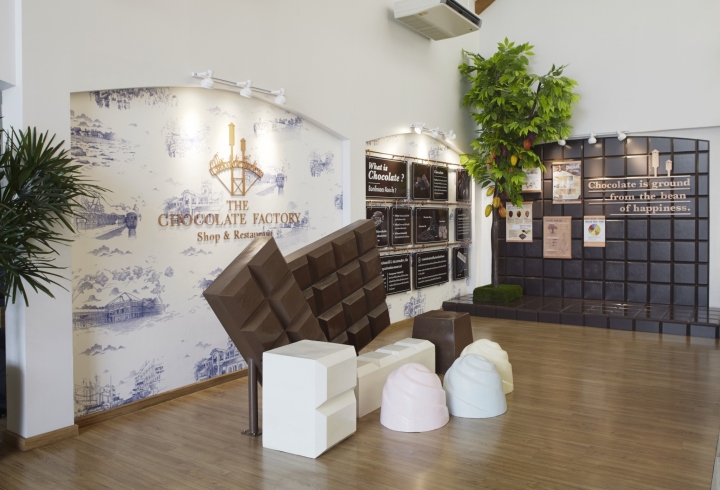 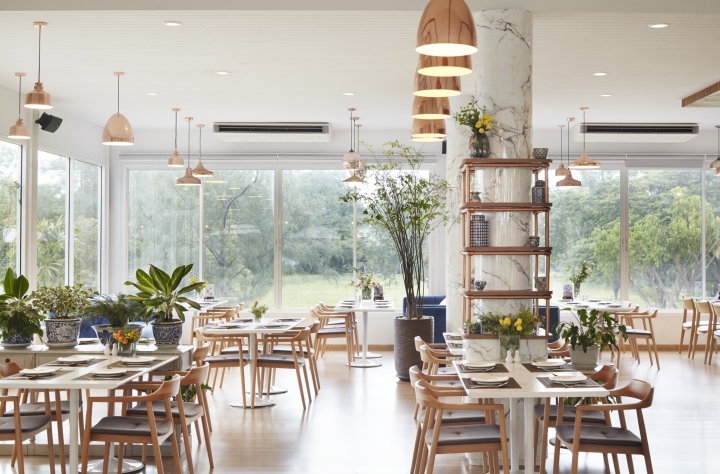 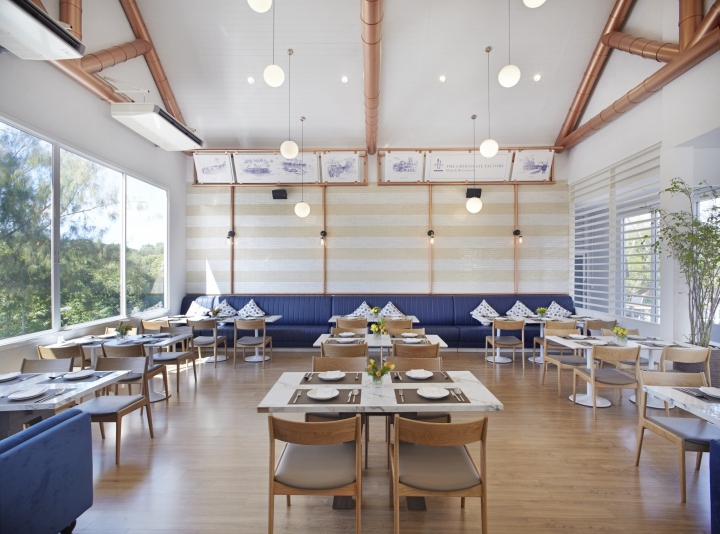 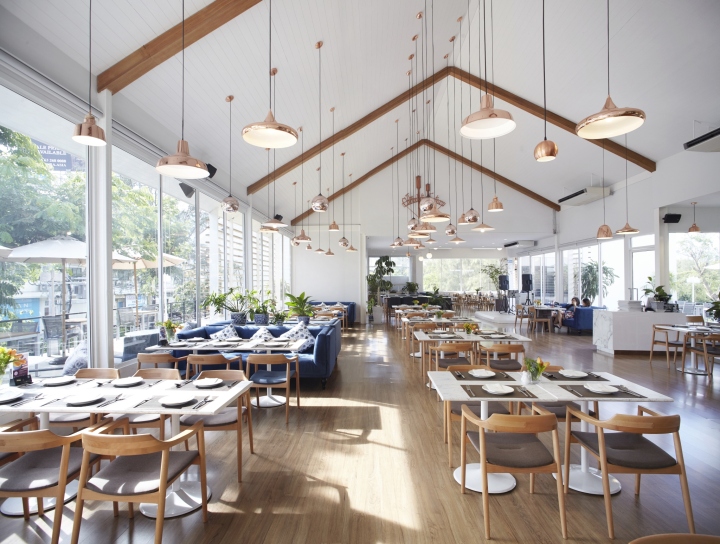 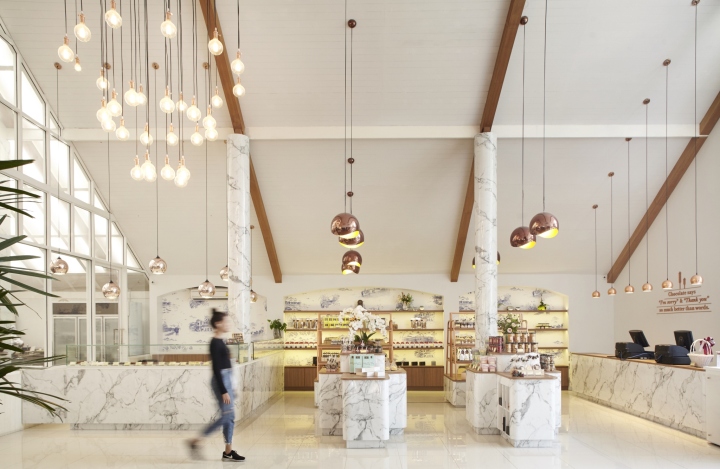 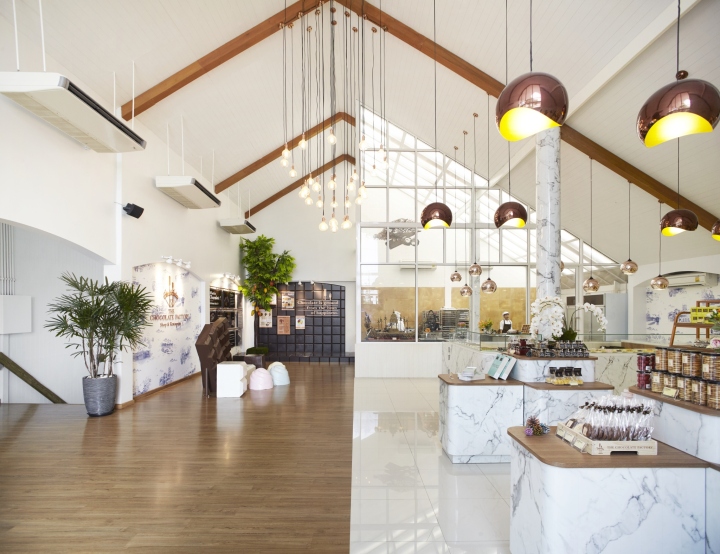 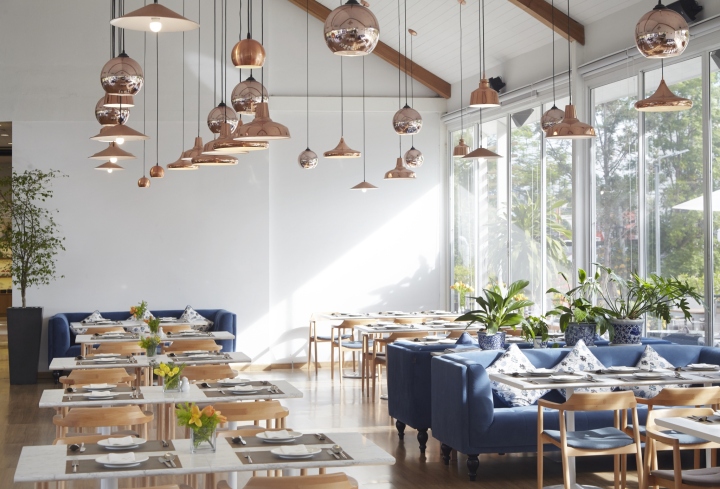 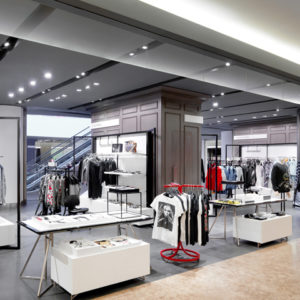 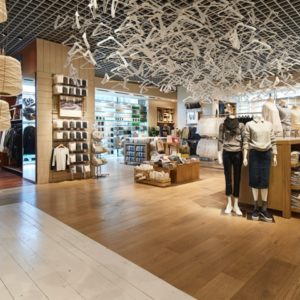 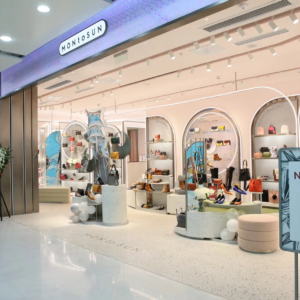 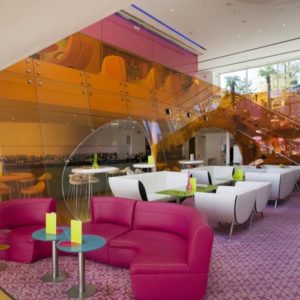