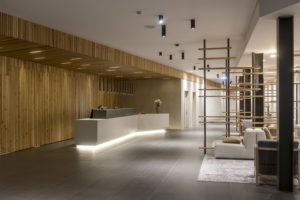 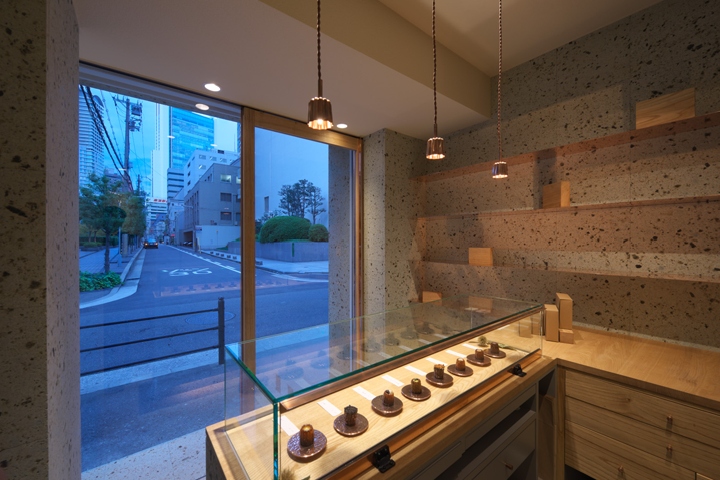 “CANELÉ du JAPON doudou” which locates in an office building in Dojima, Osaka is our second branch of “CANELÉ du” still standing in Sakuragawa. The concept is “Lin”. The left side of the character means “Gem”. We define “CANELÉ” as “Gem”, and expressed the spatial with a fusion of the new sense of -Japanese culture-. The store is about 10 square meters. Cladding Oya tuff stone from façade to the interior, with creation of an impression for unity of inside and outside. It became an absolute sophisticated and innocent spatial with our work narrowing down the raw materials to three kinds (Oya tuff stone, Chestnut wood, and copper), and simplify the finishing touches. We believe that’s what a small shop can offer, sticking to fine details of its sizes and balances and that accentuates the staffs’ hospitality and behavior. This is the shop to pursue -Japanese culture- in a simple way, and to introduce “CANELÉ” to whole Japan and the world. 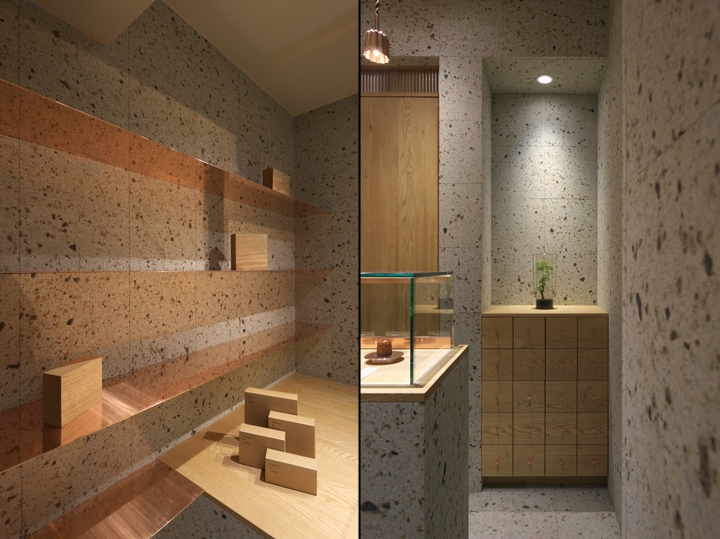 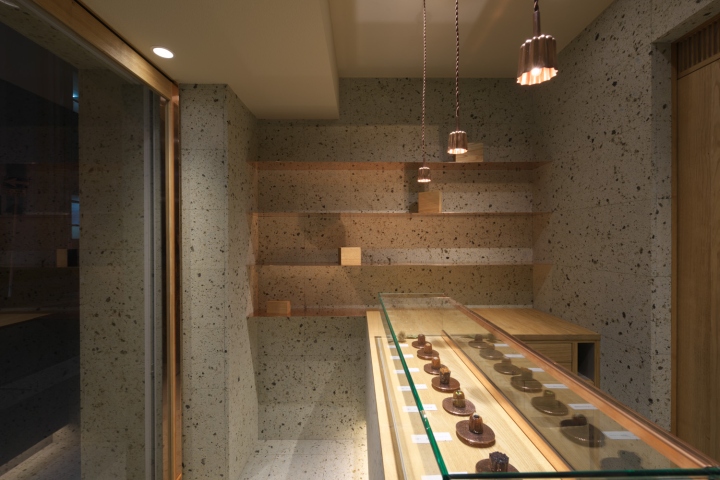 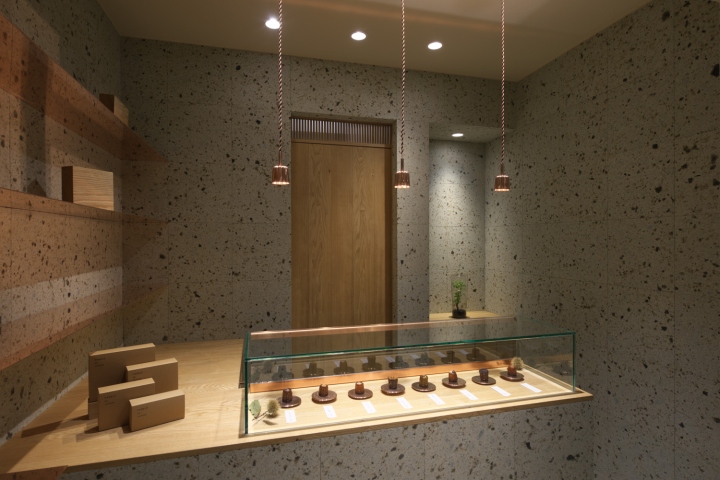 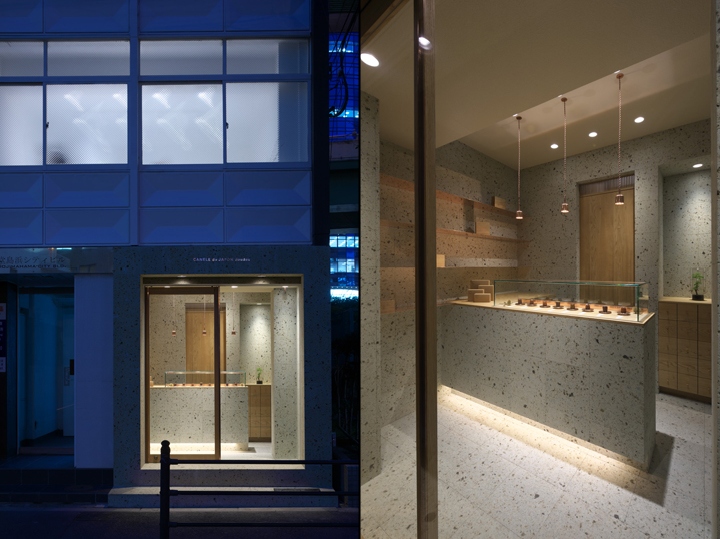 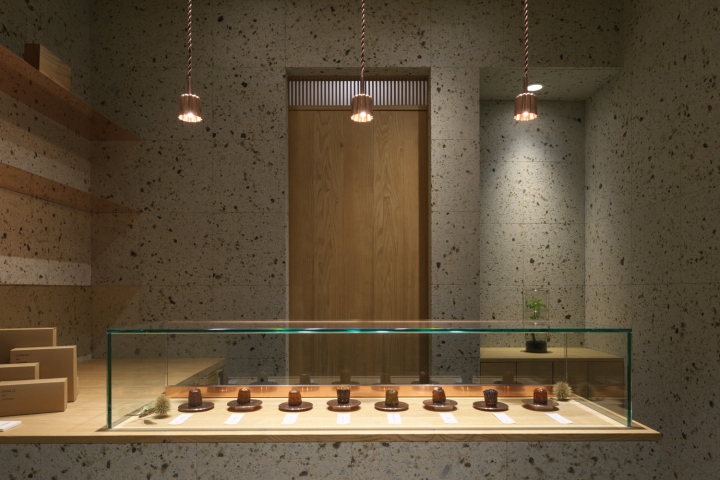 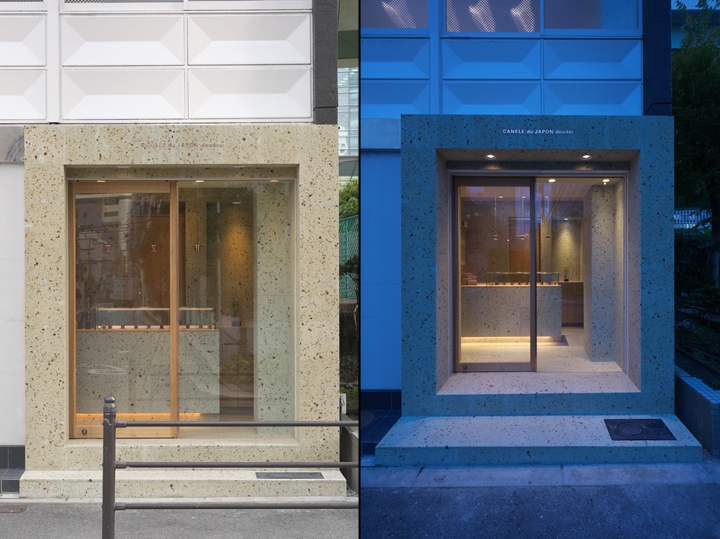 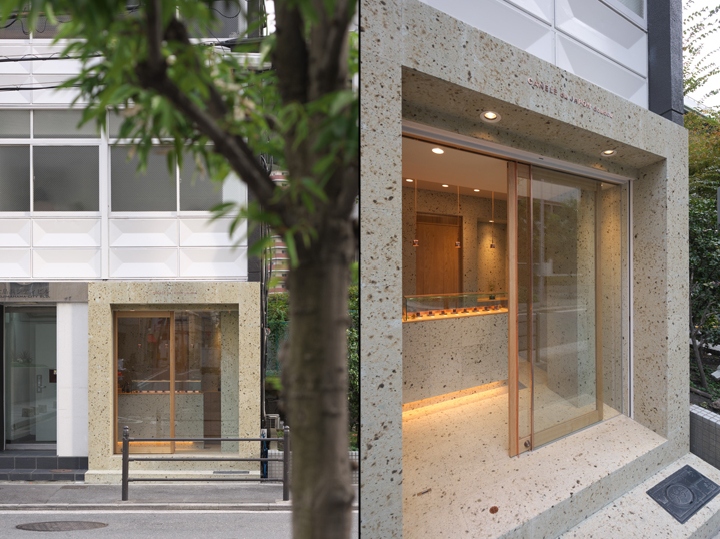 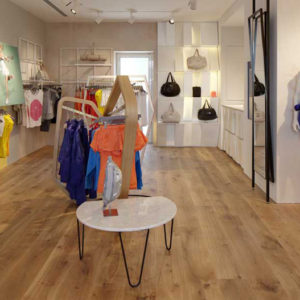