Lifestyle Store of the Future by Greater Group, Tokyo – Japan 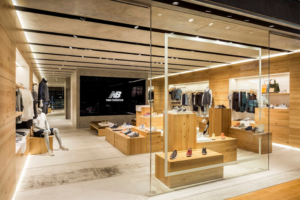 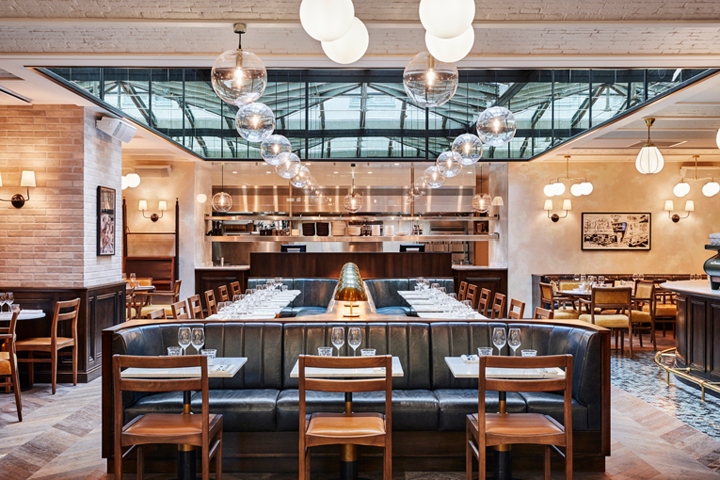 Following the opening of an Amsterdam property two years ago, London-based boutique hotel chain the Hoxton has once again ventured abroad –this time crossing the channel – to open an outpost in Paris. Situated in an 18th Century hôtel particulier or townhouse, initially built for Thomas de Rivié, a diplomatic counsellor to King Louis xv, it’s a listed monument and obviously oozing character from every nook and cranny. The hotel, built by architect Nicolas d’Orbay, actually comprises of three buildings, and the oldest part being the middle of the property between the two courtyards. The architectural significance of the complex is also indicated by the fact that Nicolas Pineau, a leading carver and sculptor at the time, has worked on the building. A meticulous and lengthy renovation of the premises, including its ornate façade, has not only put a spotlight on its abundance of architectural features, but also resulted in a homey atmosphere that’s captured by a wide range of well-designed settings. And speaking of which, the new aesthetic is a collab effort of Humbert & Poyet, a local practice in charge of the guestroom design, and London-based hospitality group Soho House which took care of the public spaces. The lobby has the feel of an extended living room, albeit one with pleasant visual drama and an infectuous social buzz. A beautiful spiral staircase is surrounded by comfy seating arrangements, and stands opposite a lightfilled courtyard, otherwise known as the winter garden. Each of the Hoxton’s 172 guestrooms are similarly designed, reflecting the building’s history through cornicing, panelling and reclaimed oak chevron timber flooring, while contemporary elements also add a touch of modernity. The palette includes lampe gras lamps, woven metal partitions, and classic 1950s materials such as Formica, referencing not only leading french designers such as Jean Prouvé and Mathieu Matégot, but also two important periods in Parisian history: the late 19th Century and the 1950s. Not surprisingly, the Hoxton has a number of facilities on the premises that keep you happily entertained until the wee little hours. Up that grand staircase in the lobby that we mentioned earlier, Jacques’ bar is situated. It’s a plush and intimate watering hole with comfy sofas and a menu of Moroccan-inspired drinks by the cocktail experts of Quixotic Projects, wines and craft beers. Feeling peckish? Head straight over to Rivié, the hotel’s restaurant which comprises of a main brasserie and courtyard spaces. Although an informal venue, it has been designed with a keen eye for detail to seamlessly match with the other settings. The menu lists simple seasonal fare with all-day french-inspired dishes prepared with the best local ingredients. Mind you, the menu will be available throughout the main restaurant, bar, courtyard and lobby, and is served 7am to midnight. And then there’s Les Voûtes, an atmospheric space with barrel-vaulted ceilings and made up of seven meeting rooms where to do business in matching style. Each room is different in design and size, and shares a fully equipped communal pantry kitchen. 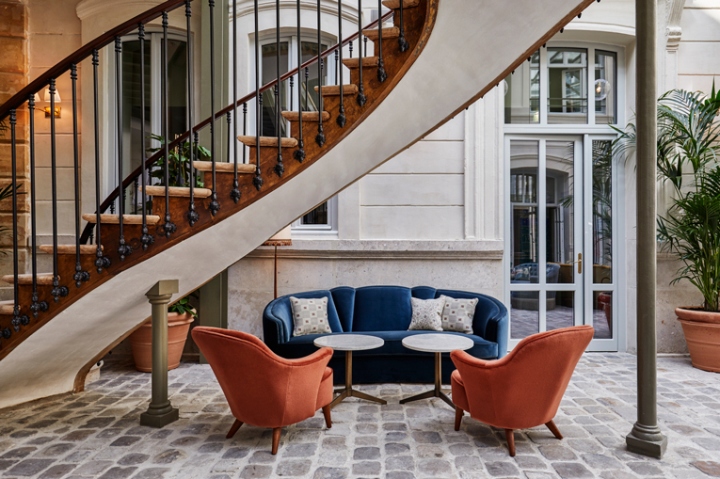 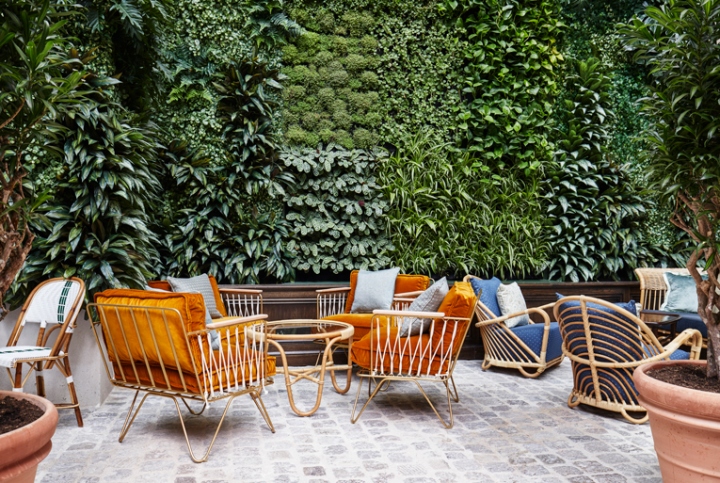 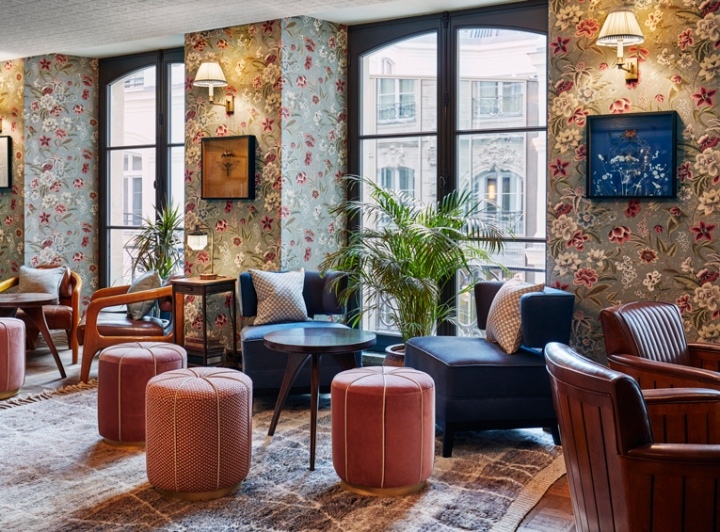 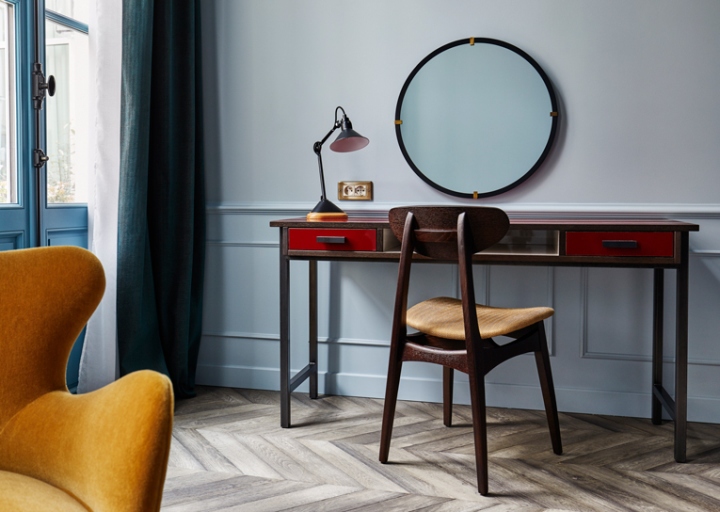 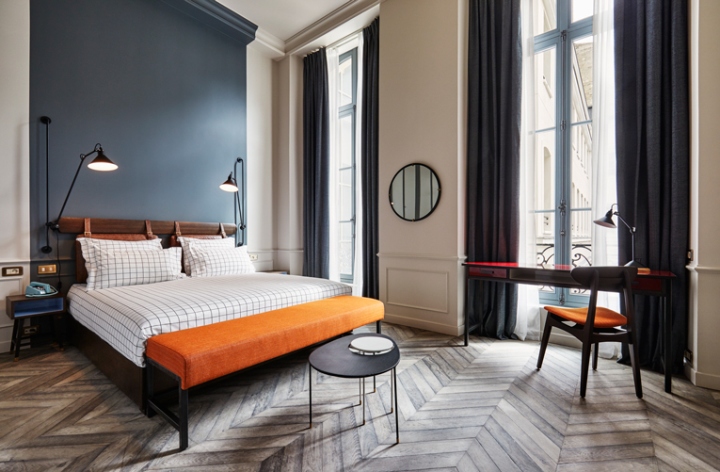 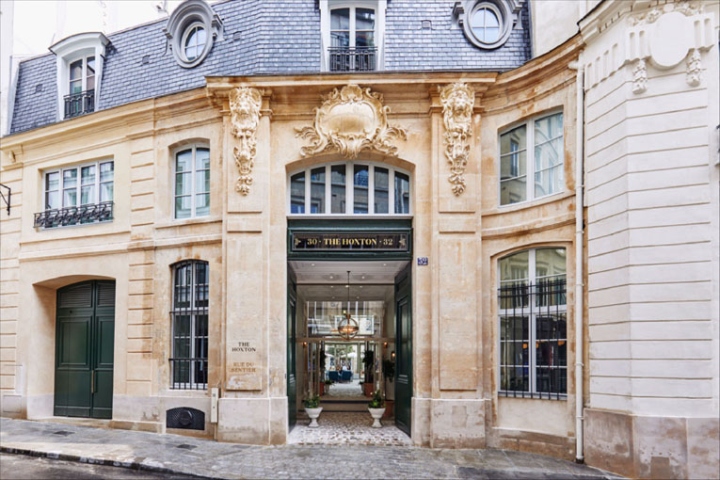 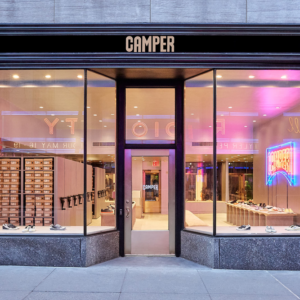 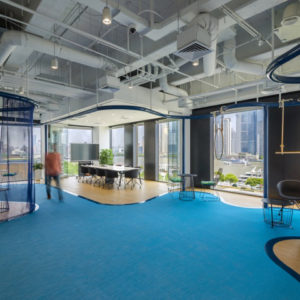 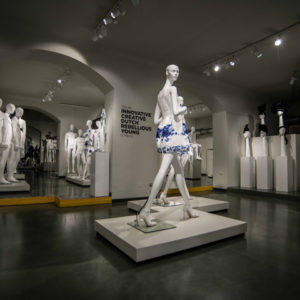 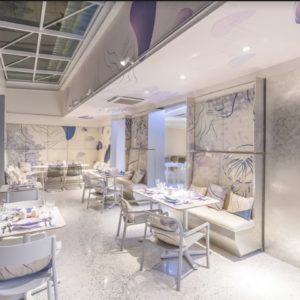