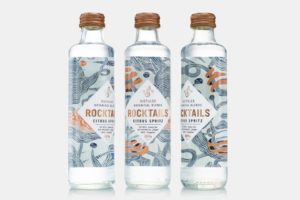 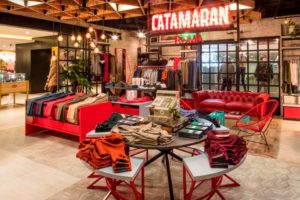 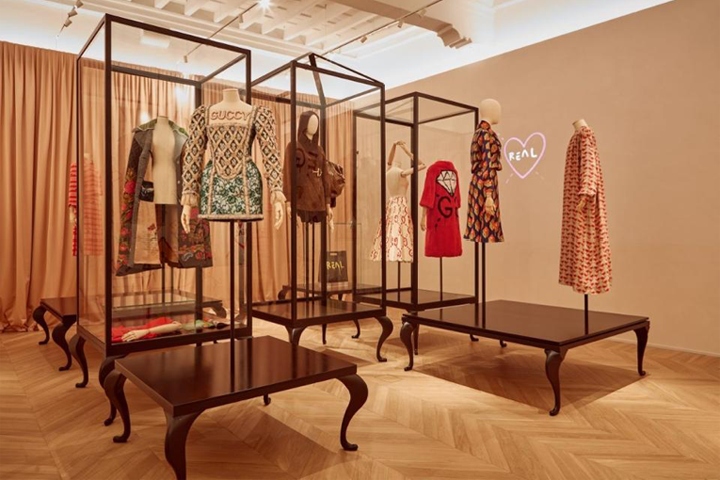 Founded in Florence in 1921, the house of Gucci has always taken pride in its Tuscan roots, and Alessandro Michele, its revered current creative director, is pitching in with statements of his own. Sure, he’s proven his worth on the catwalk – mind you, sales have soared since he took the creative reigns in 2015 – but there’s also the drive of any self-discerning man at the helm of an illustrious fashion house to invest in the myth, and thus expand the legacy. Well, that’s exactly what Michele is doing, and he’s doing it quite well. Michele has taken on Gucci Museo, a showcase at the historic Palazzo della Mercanzia and dedicated to the legacy of the fashion house, shook it upside down, and turned it into a venue that’s just as exuberant, multi-layered and glamourous as his highly coveted sartorial output. Tweaking its formula and redesigning all three floors, the 14th century structure now goes by the somewhat evocative name of Gucci Garden. It has boldy abandoned its staid stature and dramatically increased interactivity, resulting in an enormous buzz, that unsurprisingly, resonates across the planet. Timely opened at the launch of trade show Pitti Immagine Uomo’s latest edition and for all the world to see, the new Gucci Garden still features stellar exhibition galleries with a wealth of historic Gucci trophies curated by authoritative Italian fashion critic and curator Maria Luis Frisa and set across several themed rooms, but has also become home to a Gucci boutique, a souvenir and gift shop, a red-velvet tented cinema auditorium that features a preview of Zeus Machine/Phoenix, a short film by the Zapruder filmmakers group, and last but not least, to an achingly chic, 50-seat dining spot. The latter is aptly called Gucci Osteria, and is helmed by triple Michelin-starred chef Massimo Bottura. 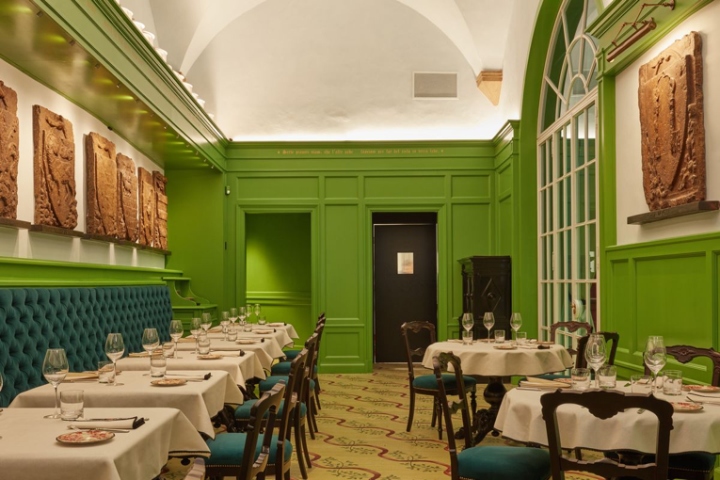 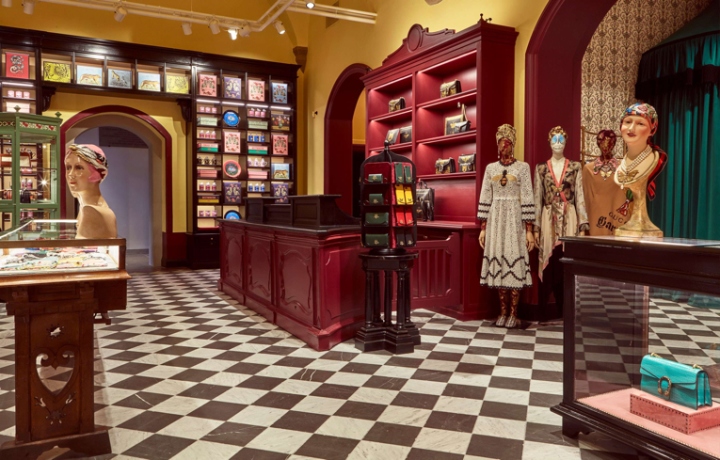 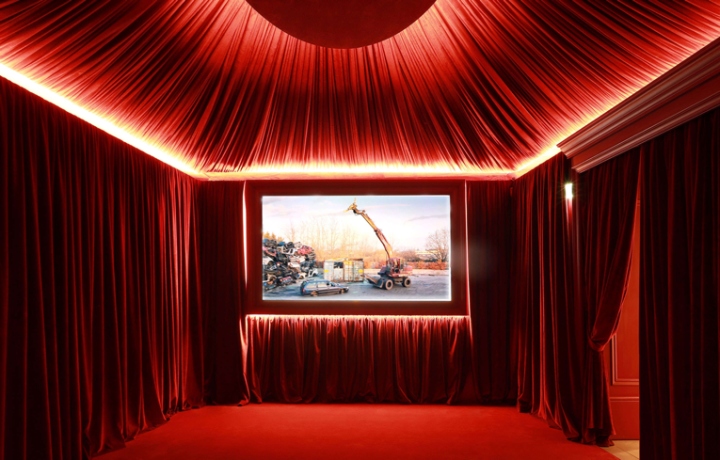 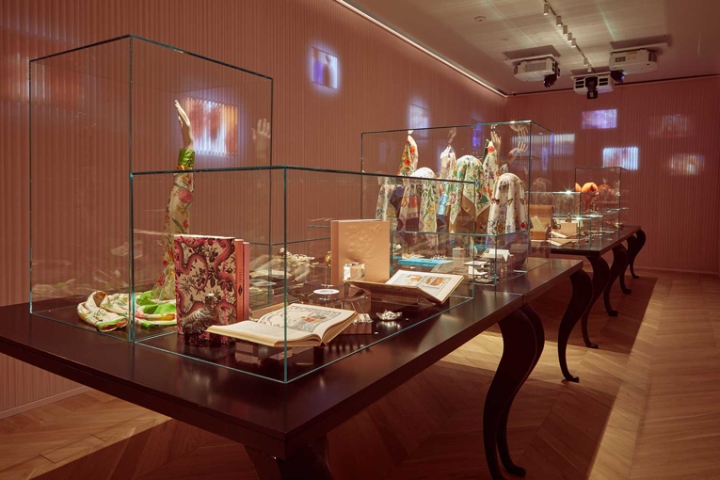 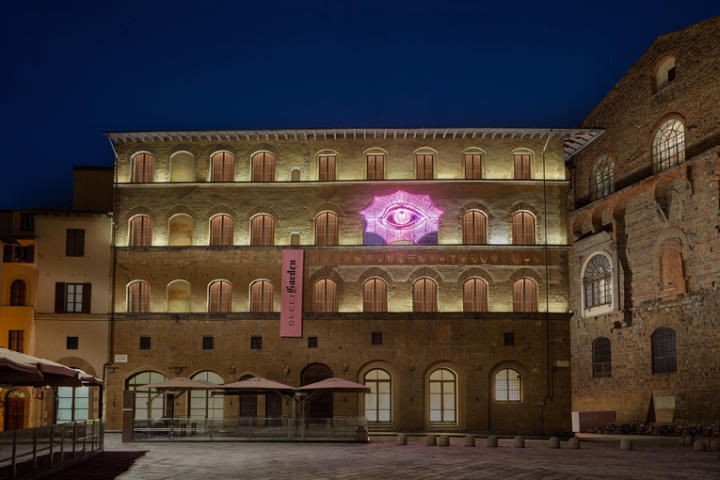 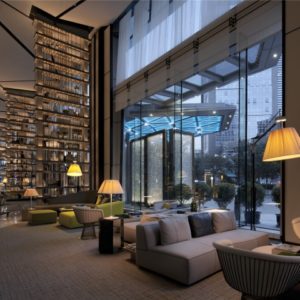 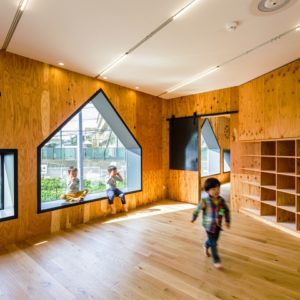 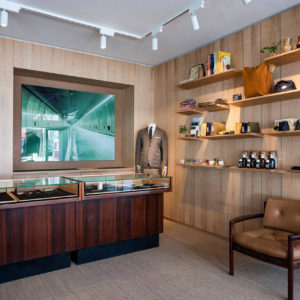 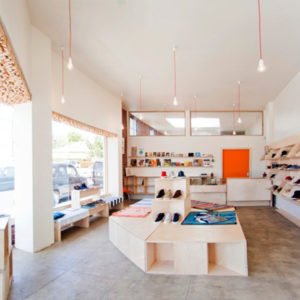