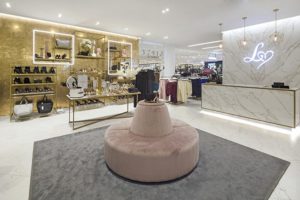 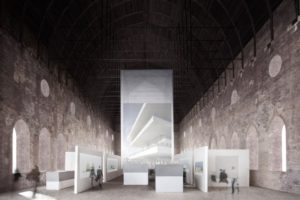 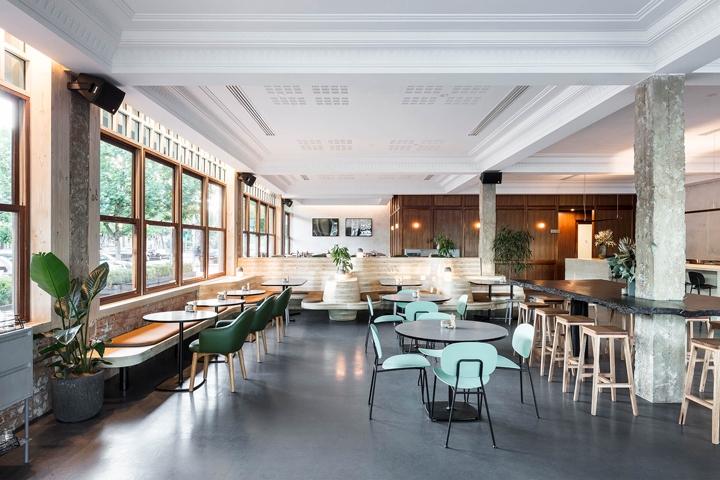 The design of Highroad, a new restaurant in the capital, is an expression of the city’s rich architectural past and vast natural landscape. Foolscap Studio applies material and form to effortlessly combine visual references of Italian architect Enrico Taglietti with contemporary interventions and the topography of the nearby mountains. Taglietti, who has informed the architectural identity of Canberra since the 1960s, designed the Dickson Library near Highroad. There, his organic approach to architecture combines the influence of Le Corbusier’s planes of concrete with weathered timber. Foolscap Studio employs both materials in the restaurant’s bar and counter surfaces. The off-form concrete bar adds a textural patina to the modernist medium, while the warm grey of the sand-blasted timber counters appear naturalistically refined. A supplementary palette in gold gradients is woven throughout the space, linking the old and new architectural elements. An inherited ornamental ceiling meets with elegant wood panelling, exposed brick walls and concrete beams. Contemporary metal tables and cabinets in pale blue create yet another layer of contrast. Of course, the dominant visual element in Highroad is the sculptural platform of cross-laminated timber, out of which seating booths and a staircase are carved – the fluid, organic form mirroring the topography of the mountains just beyond the city. With an amalgamation of site-specific influences from nature and inherited architectural details as well as contemporary interventions, the design by the renowned Australian studio is composed of layers of interest and visual contrast. 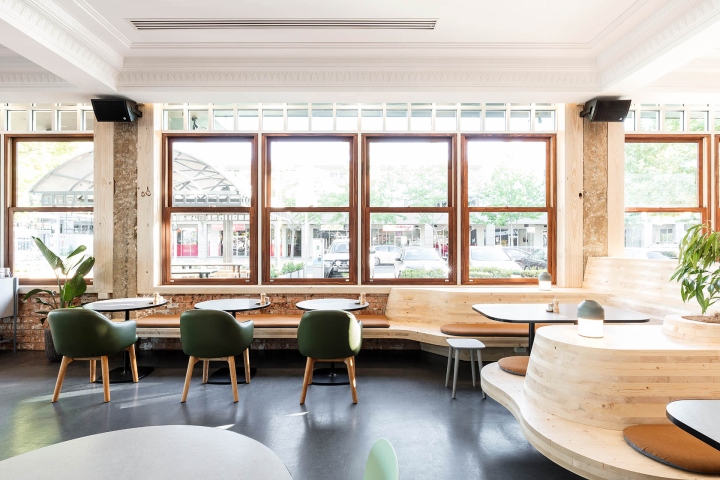 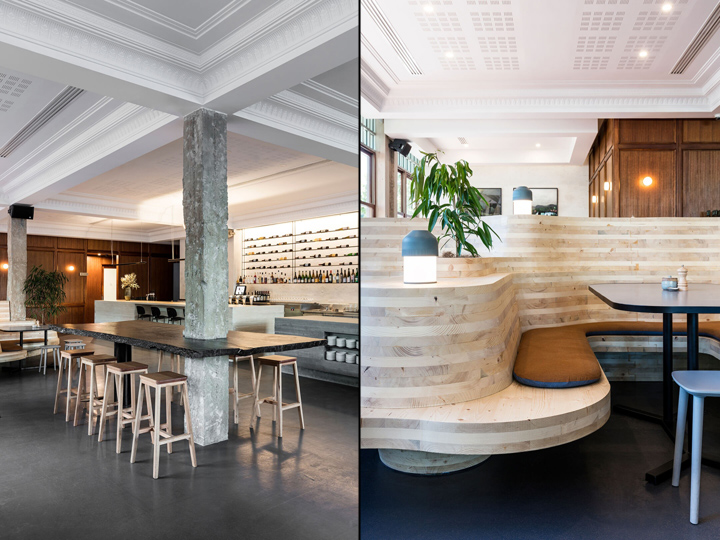 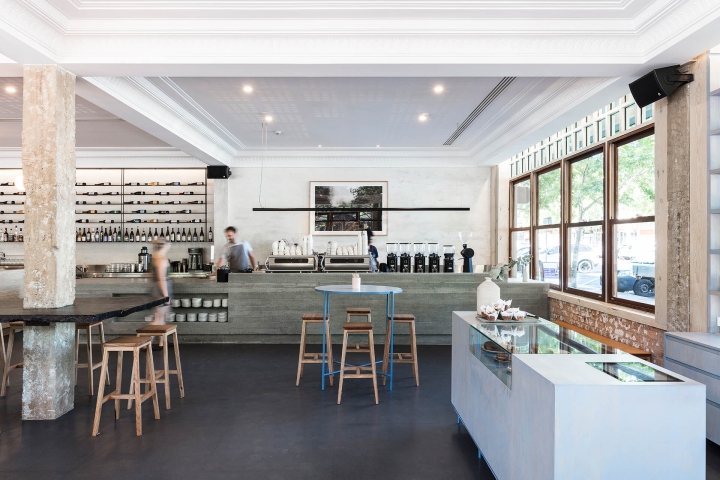 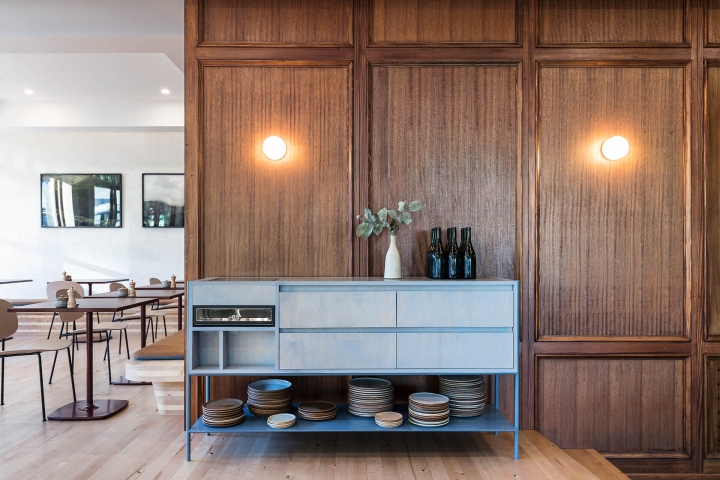 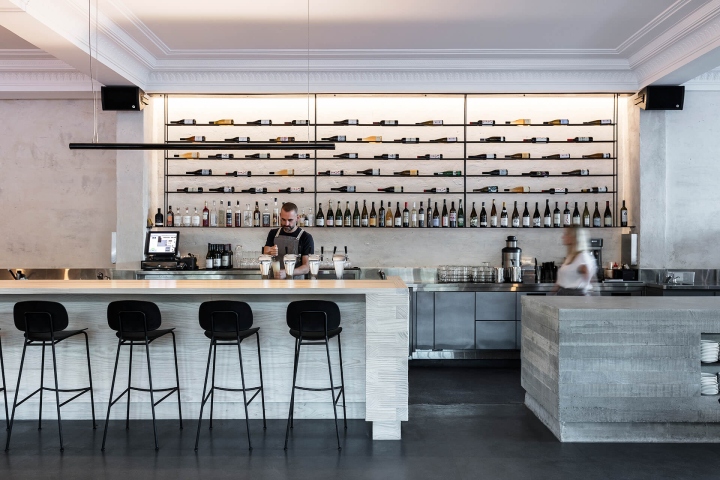 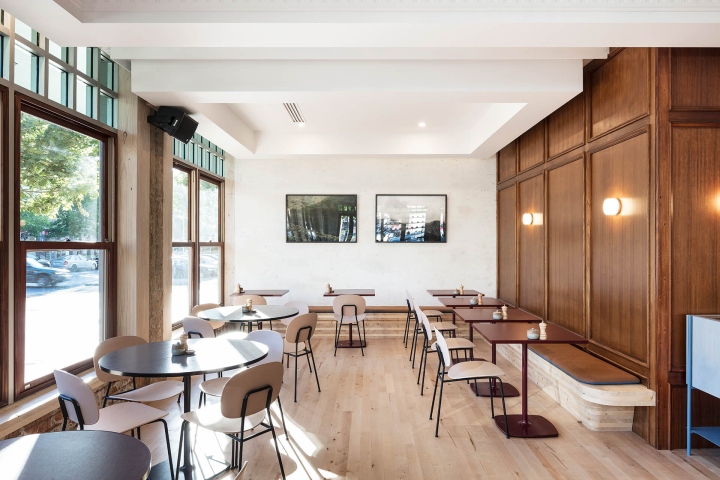 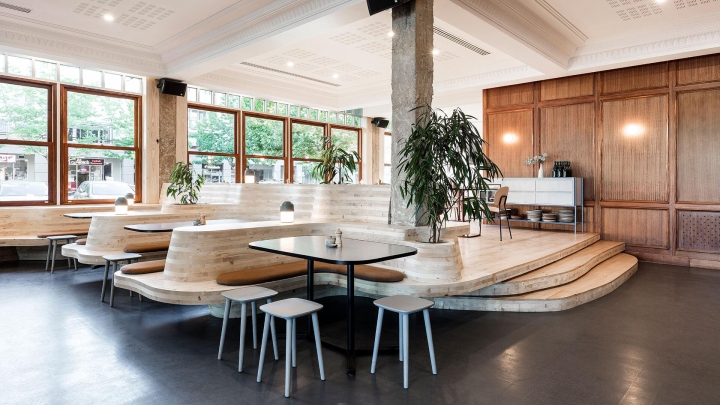 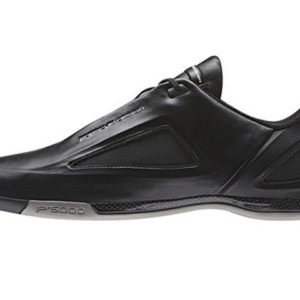 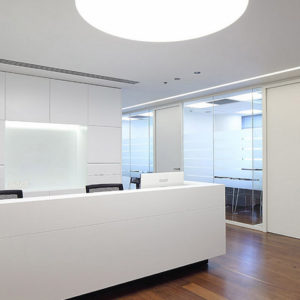 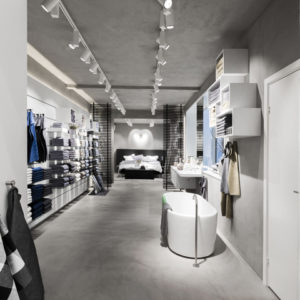 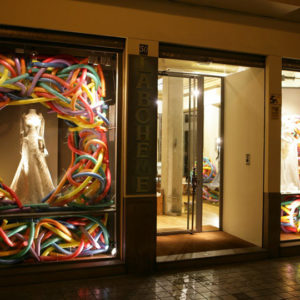