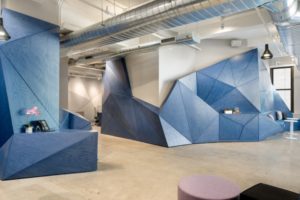 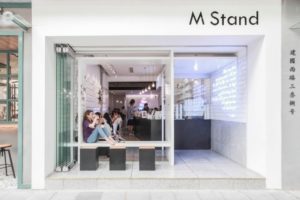 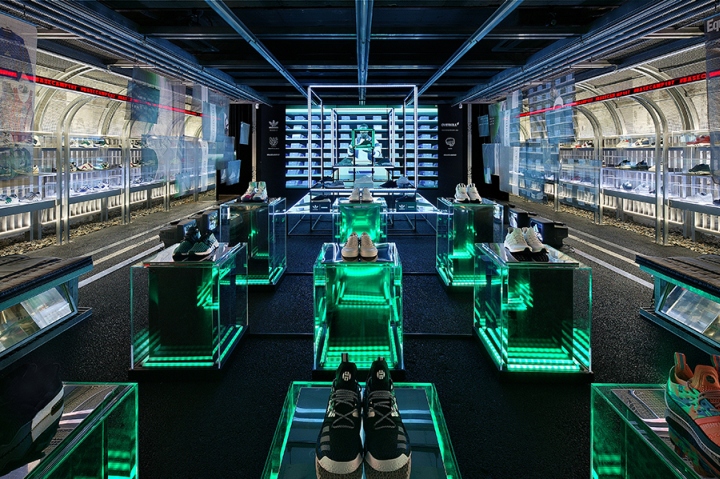 With the goal of encouraging and cheering for people who dedicate themselves to mastering new challenges and creativity, adidas Originals has created a space in which creators, fans and visitors can get together and share their inspirations. From February to April, the adidas consortium store DAS 107 has been reborn as a space full of creative energy. Under the campaign name BASECAMP 107, the space has been transformed into a place of exploration in which adidas Original’s spirit of challenge could materialise. The ambiguous meaning was brought to life with the EQT and the new Deerupt. Over the course of two months, the BASECAMP 107 campaign provided a space for diverse communication forms with product showcases, an archive exhibition, creator talks, artist performances and workshops. [EQT_Only the Essentials]
Since the past, the EQT’s essence has been based on its philosophy of ‘Originality’, and it was a goal of BASECAMP 107 to stimulate the visitors’ inspiration and the hunger for new challenges.
Based on the the message ‘Only the Essentials’ from the EQT’s philosophy, transparent and reflective materials were used for the Highlights Showcase so the nothing could divert attention from the sneakers. Unnecessary elements were removed whenever possible, and the keyword ‘Transform’ was applied in order to present the endless evolution of the EQT, while focusing on the motive of the expandability of the EQT. In order to present the development process from the ’97 archive to the present 2018 products in one place, the sneakers were placed on shelves in different heights, and the EQT’s unlimited expandability found its expression in frame cube objects made of white and green lighting, which gradually expanded their forms. [Deerupt_Disruptive Simplicity]
The Deerupt line, a newly launched line based on a reinterpretation of the adidas New York Runner, a marathon training shoe from the 80s, carries the message ‘Disruptive Simplicity’. The overall design concept is expressed in the keyword ‘Grid’, which at the same time captures the attitude of objectivity which can be forgotten in the creative process, and visualises the Deerupt’s message. In a space dominated by a standardised grid, only one area features mesh material, referencing materials used in the sneaker, in order to create a distorted grid-space which symbolises the Deeurpt’s unlimited possibilities. In addition, a frame structure in the middle of the space provides an optical illusion and creates diverse distorted phenomena based on the viewer’s angle, thus boldly placing the Deerupt as a symbol of diverse change. 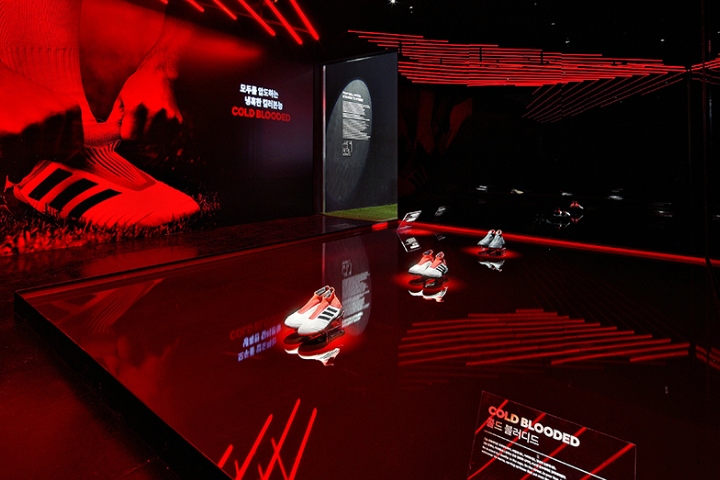 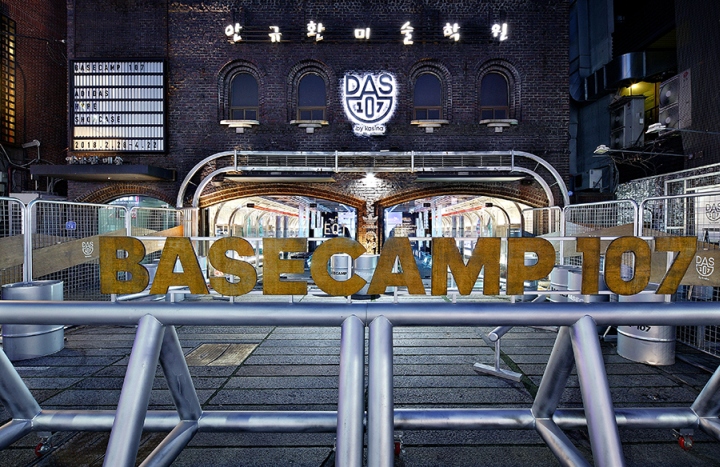 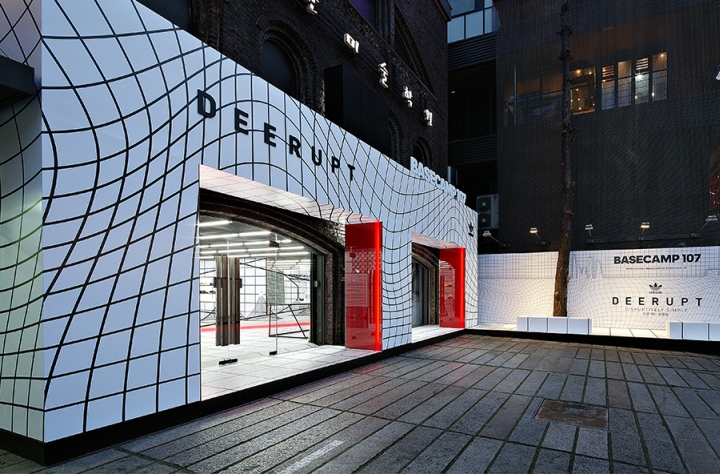 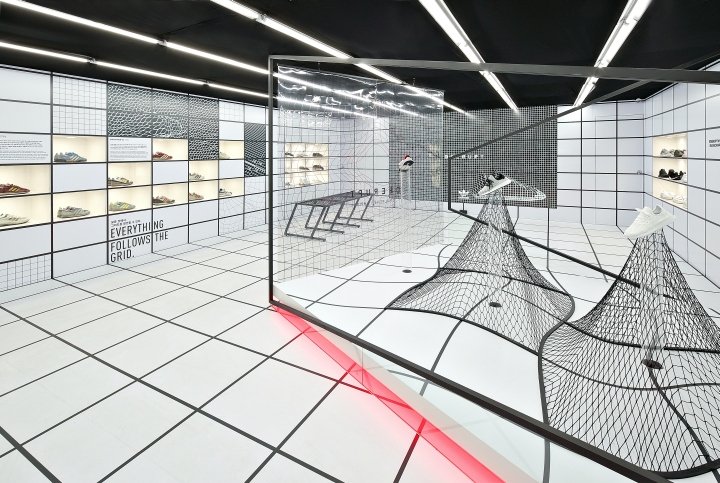 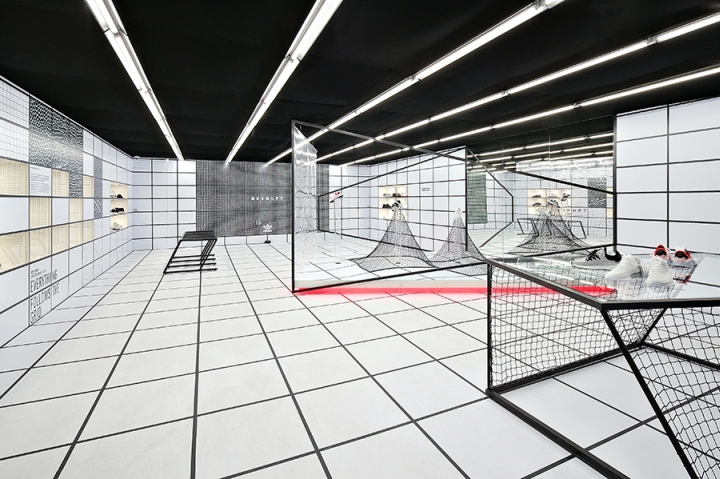 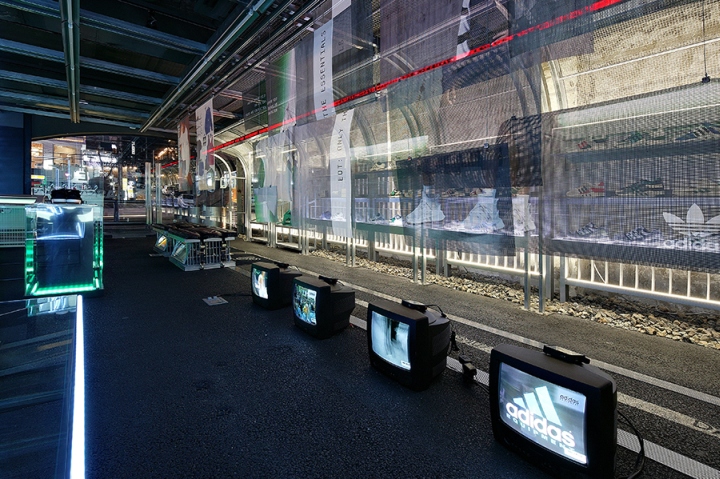 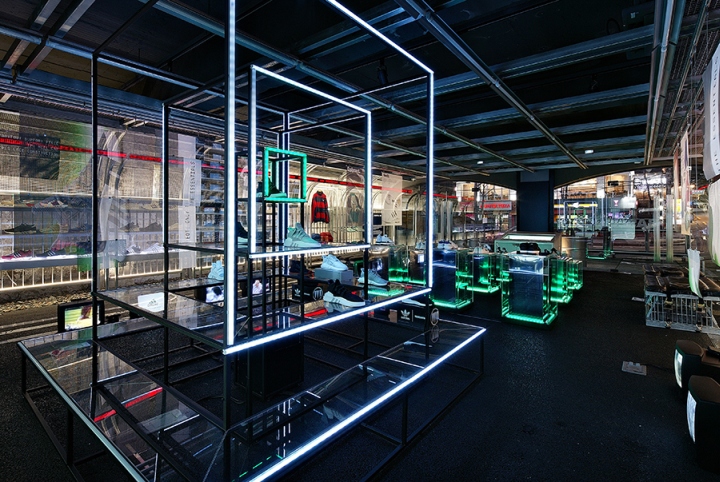 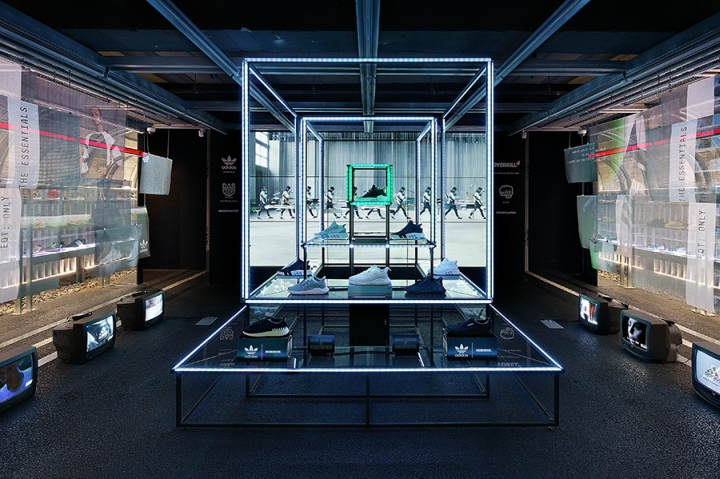 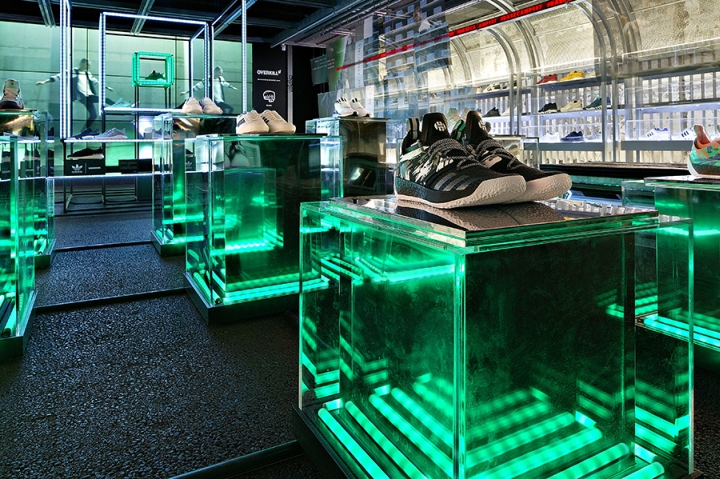 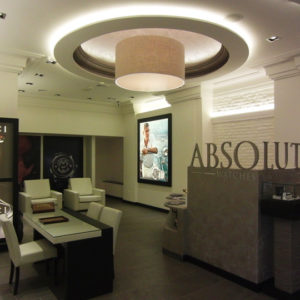 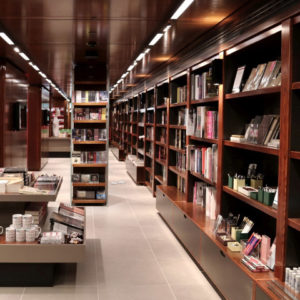 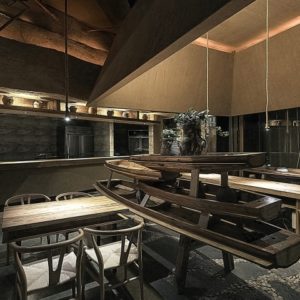 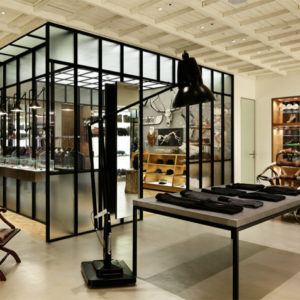 Man On The Boon store by Wonderwall, Seoul (Update) by retail design blog