The Commons restaurant and bar by Studio Modijefsky, Maastricht – The Netherlands 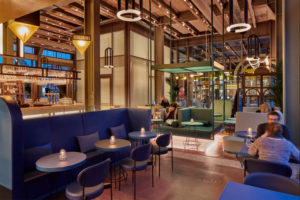 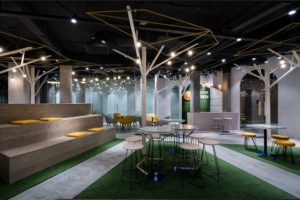 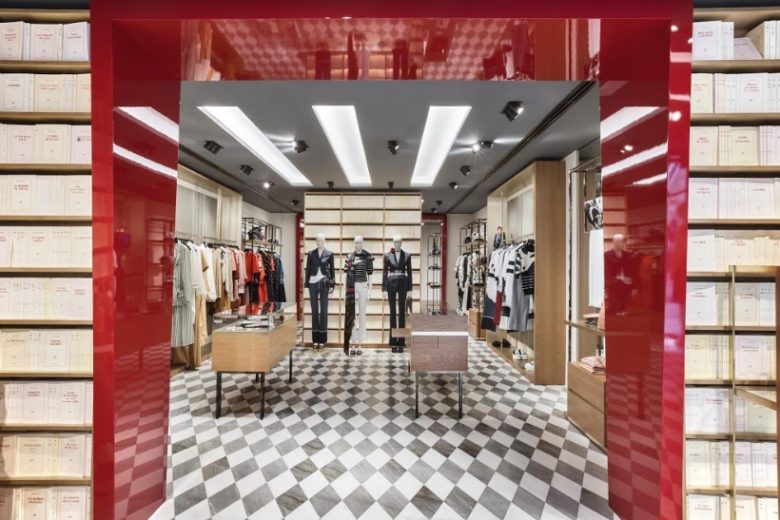 With its first boutique, located in the heart of Madrid, Sonia Rykiel celebrates its arrival on the Spanish market. The interior design project is by Vudafieri-Saverino Partners, architectural studio based in Milan and Shanghai, which has been taking care of the development of Sonia Rykiel stores worldwide since 2013. The boutique occupies a 165 sqm surface and is situated among the nineteenth century buildings on the calle Coello, a privileged luxury shopping destination, home to the great names of Spanish and international fashion. Over time Vudafieri-Saverino Partners have built up great experience in fashion retail, having worked with brands such as Delvaux, Pucci, Tod’s, Roger Vivier, Moschino… For this important opening they have developed a new concept, which represents an evolution from previous projects. In order to reflect the iconic characteristics of the historical, anti-conventional Parisian fashion brand, the store is inspired by the modern Rive Gauche atmosphere with its cafe literaire and glamour/intellectual spirit. The result is an elegant, yet at the same time informal space, hinged in a succession of refined ambiences with an intriguing atmosphere. A climate which we breathe from the entrance, where the walls are completely covered by a full-length bookcase, inside of which are works of the historical French Gallimard collection. Passing through the wide red portals we arrive in the rooms in which are housed the main collection and the Salon, designed as a modern boudoir: intimate and cosy. The two portals constitute one of the Spanish boutique’s iconic elements, immediately catching the eye: the ironic, measured use of the colour red confers personality and becomes an expression of a confident, joyful sensuality, in line with the brand’s identity. The floor, another strongly recognizable element, has a refined, bi-colour, stretched lozenge design. The contrast between the two kinds of marble emerges in the rooms, just as the soft carpet in the main room and the changing rooms, which confer a touch of comfort and pleasantness to the ambiences. Another element of contrast is given by the clear, neutral wall colour which diverges from the dark grey ceiling. All the rooms have strictly made-to-measure light, linear design furnishings, which alternate the elegance of the metal finishings, such as the pale satin gold and black chrome, with the wood’s roughness. Precious details, such as the shelves in sought-after metallic gold and glass netting, sit next to light/pop elements, such as the coloured bookcase printed on paper. The cognac coloured leather of the sofas and the tailor made poufs, the blue velvet drapes, the aged glass wall coverings and a great Santa & Cole chandelier, characterize the private changing rooms and main areas, reinforcing the sense of a modern boudoir. The Parisian atmosphere is once again evoked by the “mise en scene” bistrot style furnishing, with a Thonet table and the Martino Gamper designed seating, which characterizes both the changing room area and the shop window layout. Externally, the façade immediately stands out due to the contrast between the shiny black covering and the white back-lit logo, with the striped curtain textile curtains which refer to the celebrated iconic Sonia Rykiel pattern. 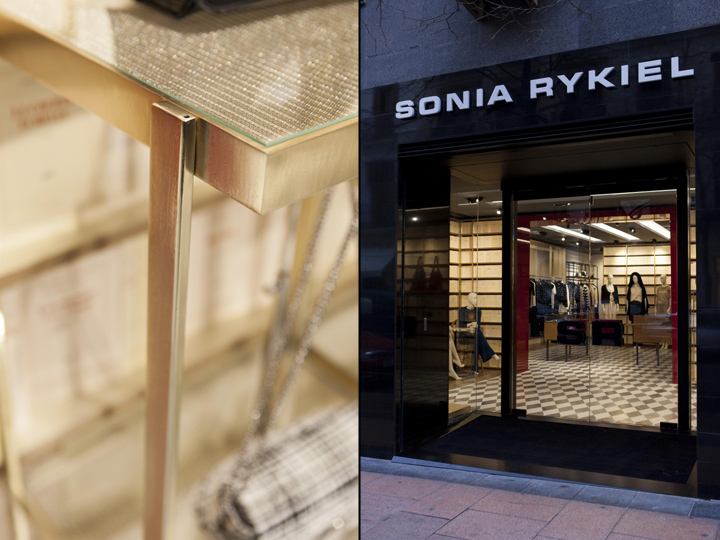 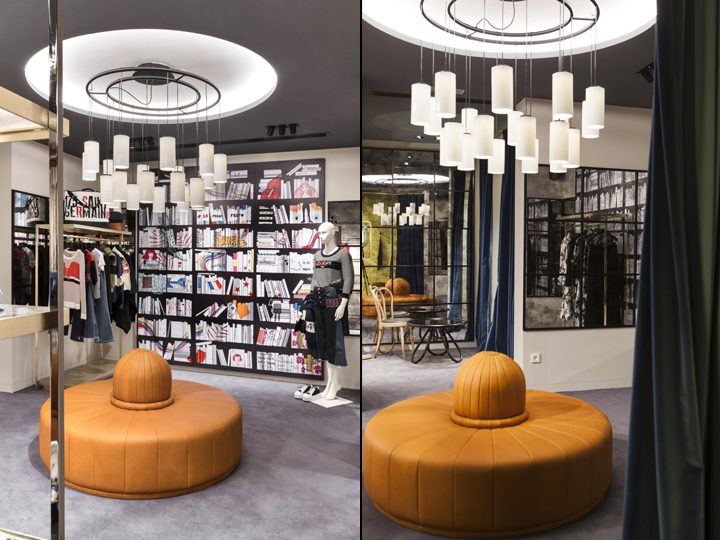 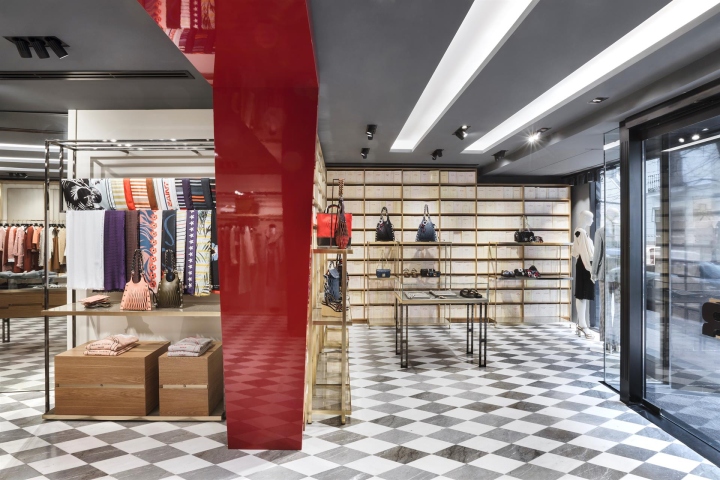 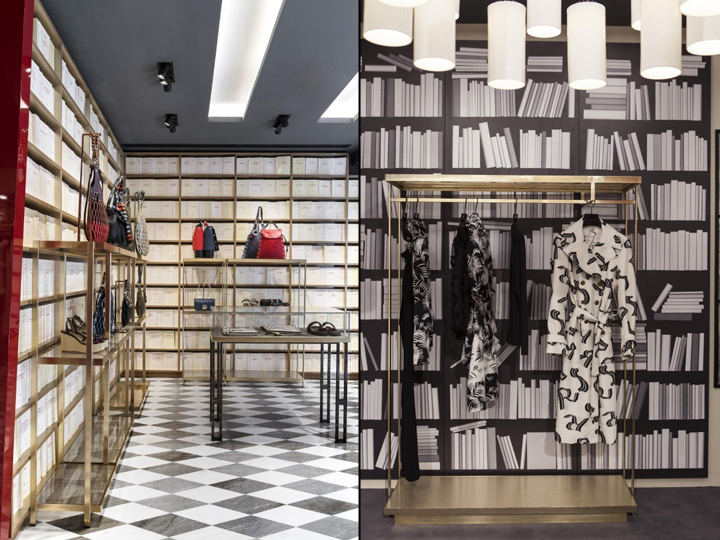 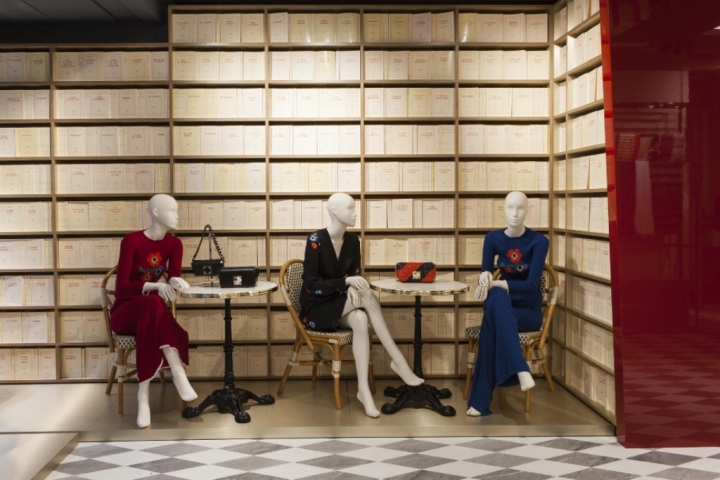 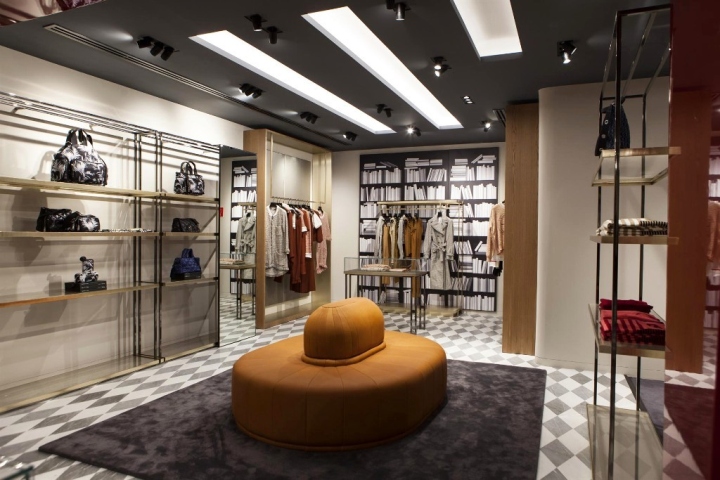 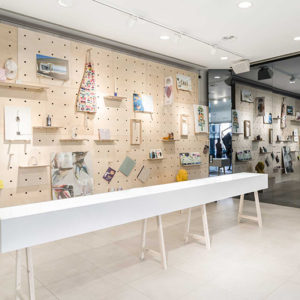 WallStack -Simple modular system. Functional in many ways. by petar@wall-stack.com 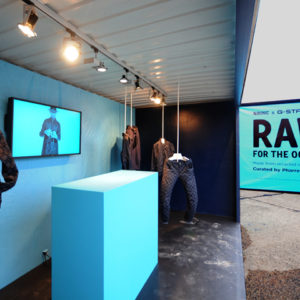 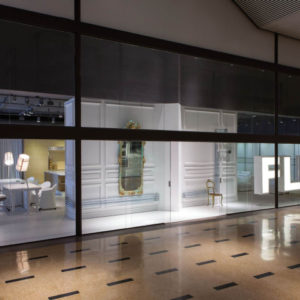