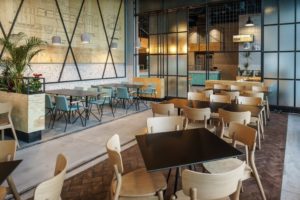 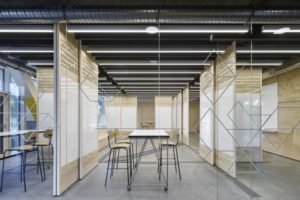 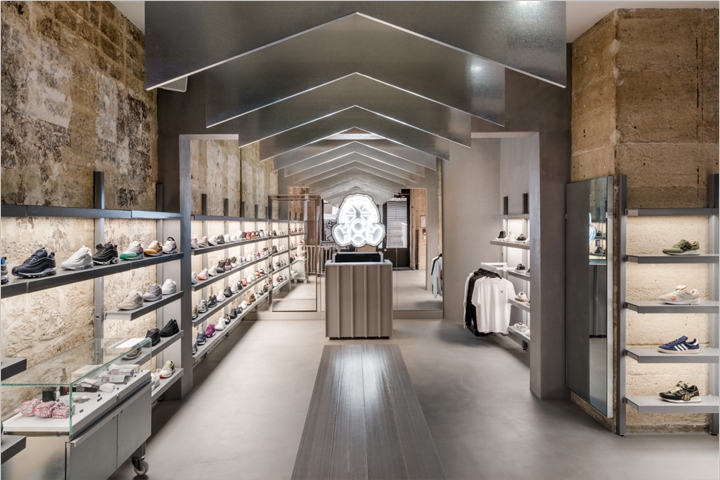 Although it’s not very likely the recent Brexit inspired the move, London-based sneaker haven Footpatrol has secured, if not expanded, easy access to its continental following by opening an outpost in Paris. The store is obviously situated in Le Marais, a part of town known for sheltering some of the city’s most coveted boutiques. Occupying a ground floor unit of a five-storey residential structure built in 1900, the boutique has seen a renewed collab with Murray Aitken and his practice Counterfeit Studio in London. The interior has been fully gutted, featuring sections of exposed limestone blocks paired with stretches of concrete. A series of chevron-shaped zinc panels has been attached to the ceiling and form a canopy of sorts that ties in with the metal shelving, cabinets and other furnishings below. Also to be found here is an interactive kiosk which also allows an immediate overview of the current collection. At the far end of the store, Footpatrol‘s gas mask logo has been captured in neon, proudly signalling the retailer’s arrival in the French capital. The store carries the same curated offerings as the original store across the English Channel, and includes coveted brands such as Y-3, Diadora, NikeLab, retaW and New Balance. 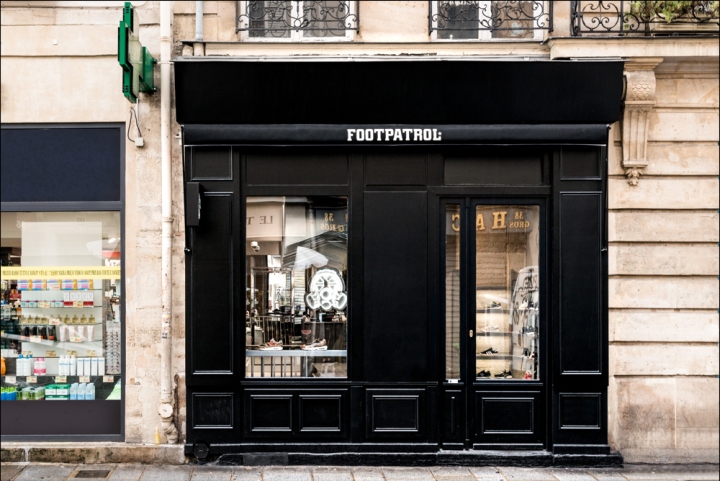 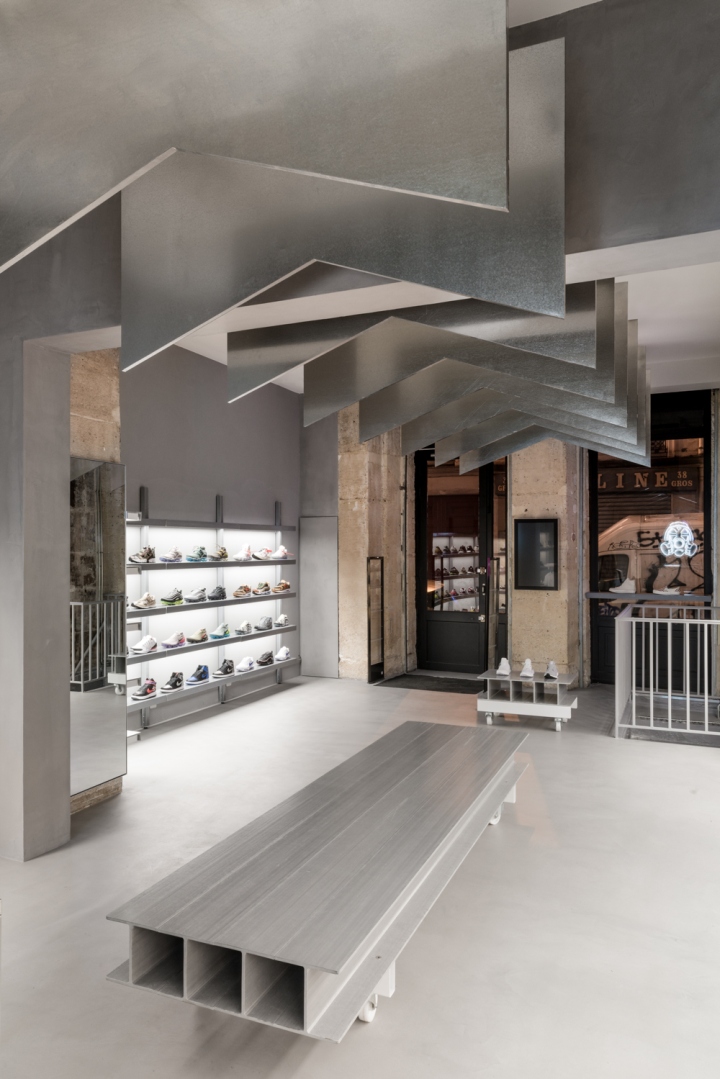 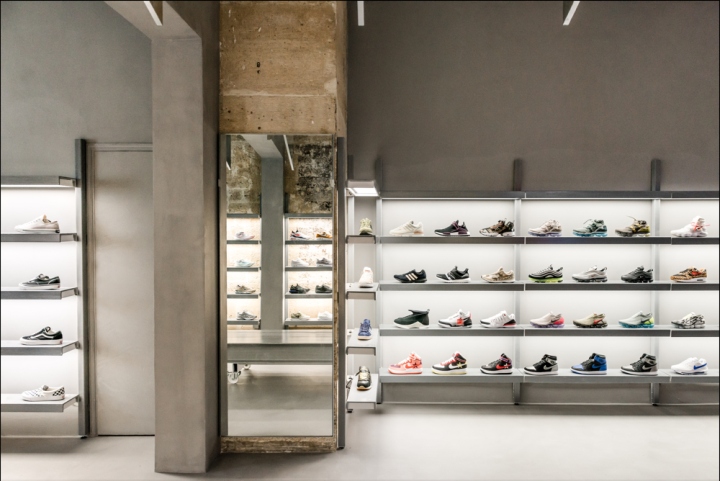 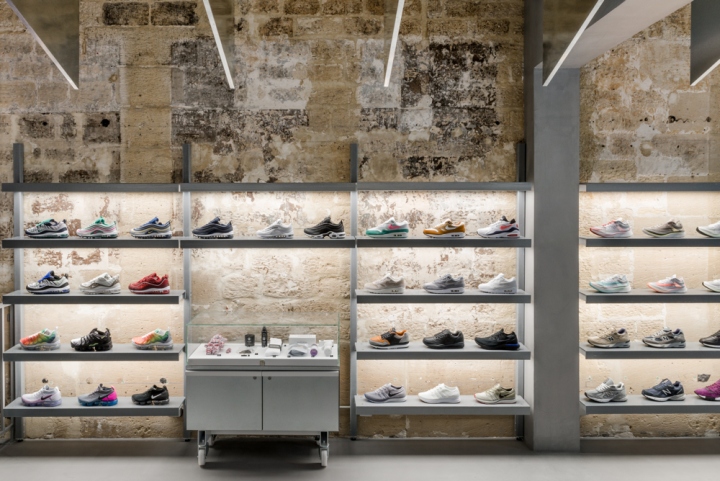 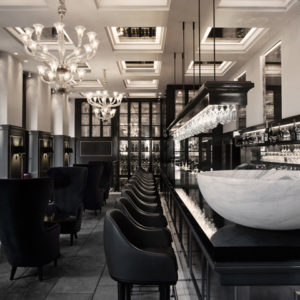 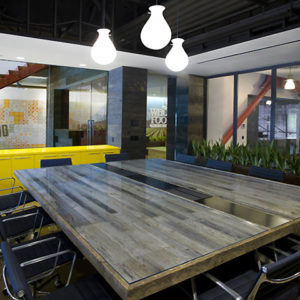 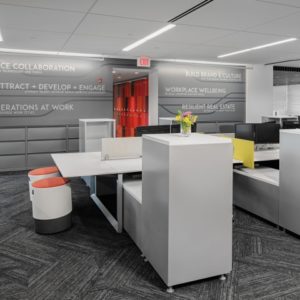 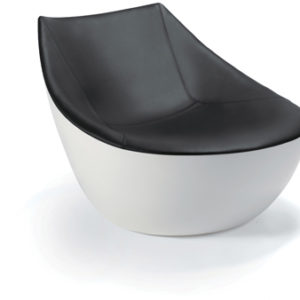