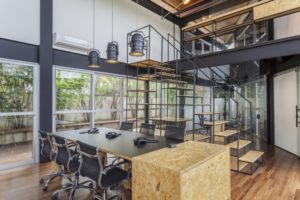 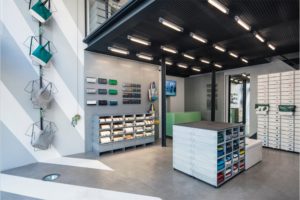 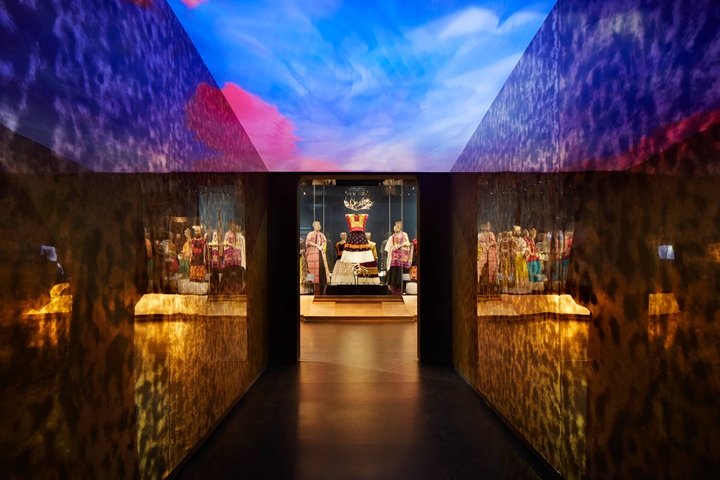 The bed was a place of comfort and conflict for Frida Kahlo: it represented the site of her pain and creation. In the exhibition Frida Kahlo: Making Herself Up, Victoria and Albert Senior Curator of fashion Claire Wilcox and co-curator Circe Henestrosa chose to zoom in on the Mexican painter’s domestic environment to expose the similarities between her life in painting and her life as an artist. The London museum will be the first place outside of Mexico that presents objects from Kahlo’s Mexico City home, the Casa Azul. Following Kahlo’s death in 1954, her husband Diego Rivera locked her clothing and belongings in a room, and ordered them not to be uncovered until after his own passing. The home, located in Coyoacán, a small neighbourhood to the south of Mexico City, greets 25,000 visitors monthly. The cobalt-coloured building allows them to come in contact with the icon’s presence and to be witness to the minutiae that a woman like Frida used to construct herself. For Wilcox and Henestrosa, the nearly 200 objects from the Casa Azul, along with Kahlo’s paintings and photographs allowed them to recreate, in texture, the beloved blue dwelling. On the outer walls of the exhibition space, stained in a deep blue, pieces like Self-Portrait as a Tehuana (1943) and Self-Portrait with Red and Gold Dress (1941) gaze out triumphantly. On their own, the portraits are arresting, but it is in this exhibition, where they are placed in relation to the jewellery and clothing worn in the actual painting, visitors can trace the bonding material between Kahlo’s two identities. To further illustrate this, a life-size recreation of Kahlo’s 1939 work The Two Fridas is assembled with mannequins sat in mimicry – wearing the gowns from the image. But it is the use of vitrines formed as four-poster beds that take on a particularly poignant message. Kahlo – who suffered from chronic pain endured from childhood polio and a devastating bus accident at 18 – started and ended her life as a painter from her bed. That seemingly banal piece of furniture had always been a continuing character in her work, and so was a necessary element in the exhibition. However, there is something bittersweet in this curatorial gesture. The duo presents the many objects that came in contact with Kahlo’s body, from her Frosted Pink Lighting nail polish and her Everything’s Rosy Revlon lipstick to her prosthetic leg and several medical corsets. For someone who had so little control over her body, these everyday tools allowed control over how she presented herself through her paintings. They were, ultimately, her tools of construction. Kahlo’s work was that of a feminist, exploring gender norms through unconventional beauty standards, sexual fluidity, bodily limitations and owned femininity. As an activist for communist ideals and women’s reproductive rights, she was an early advocate for issues that are still straining public opinion today. In showing all of the tools used to create a fervently developed identity, the exhibition exposes how the exploration of femininity is still bed-ridden. 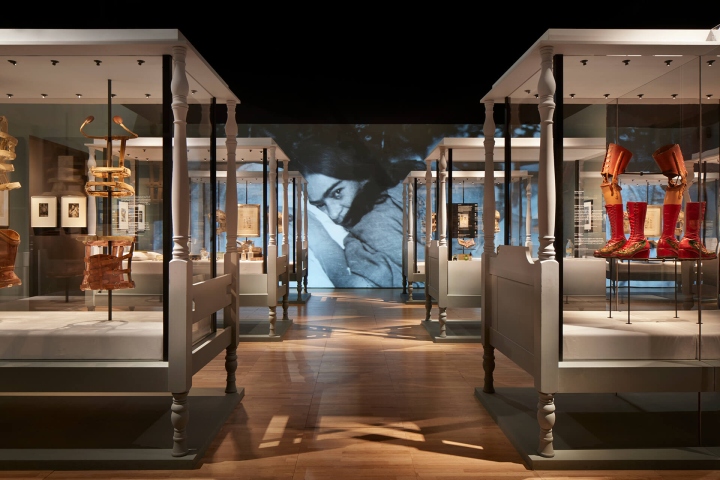 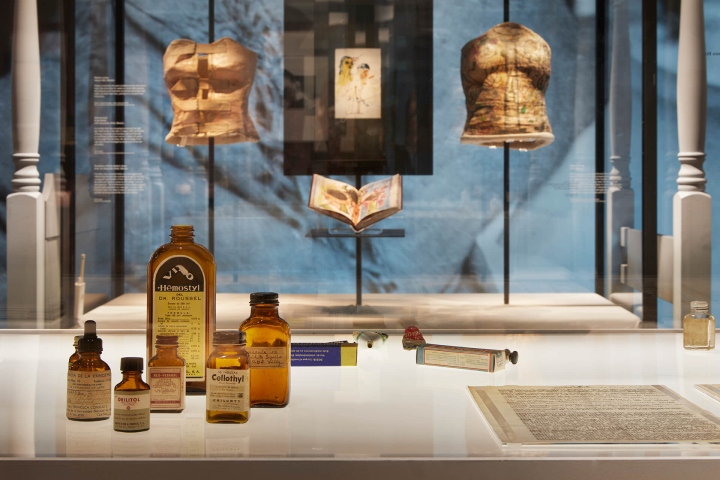 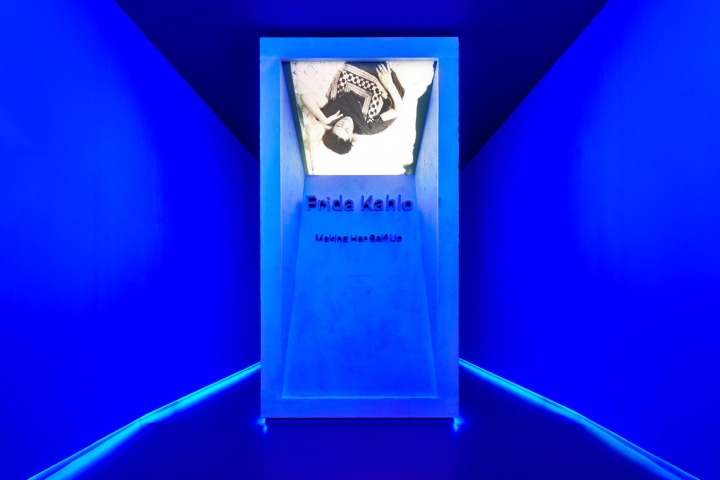 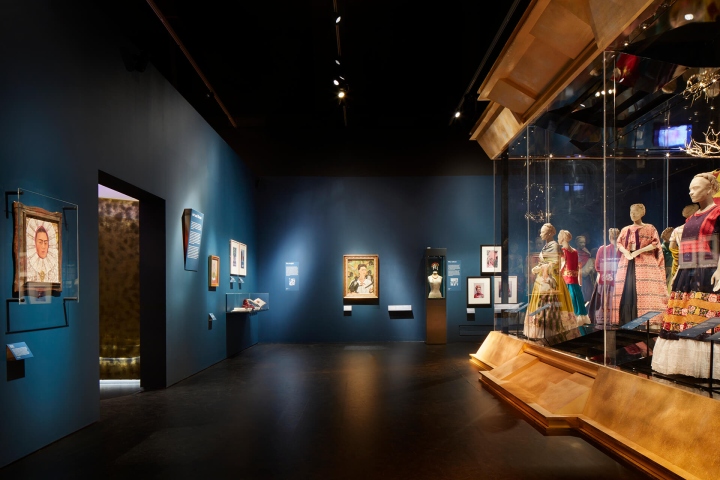 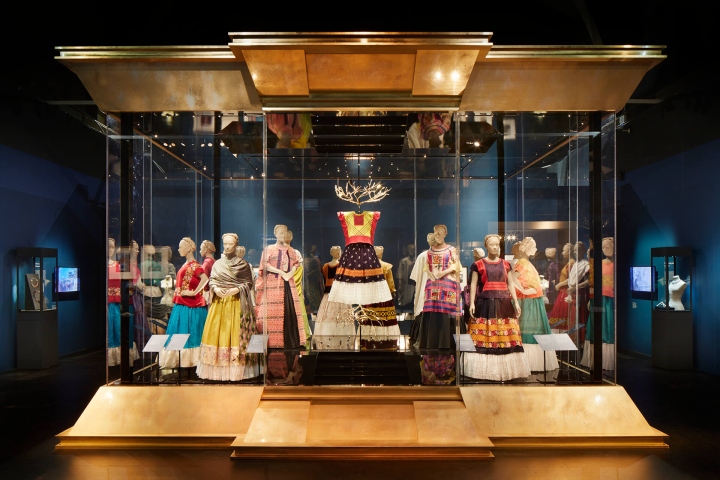 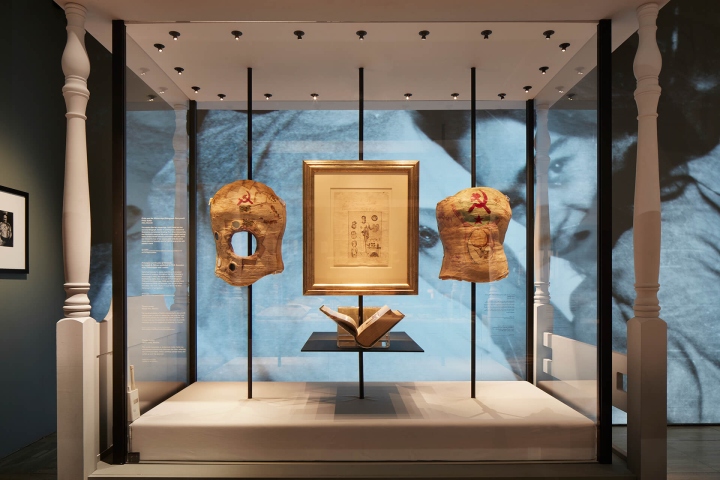 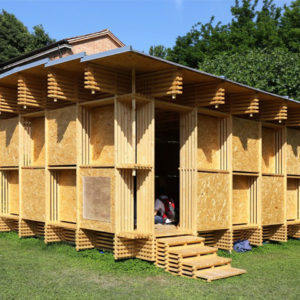 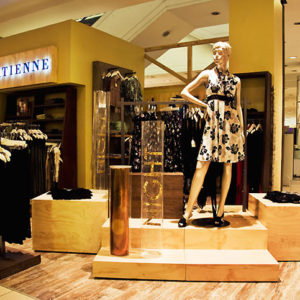 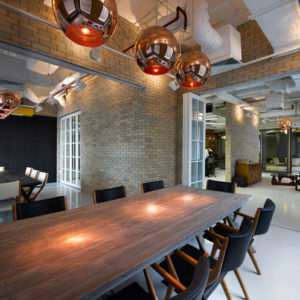 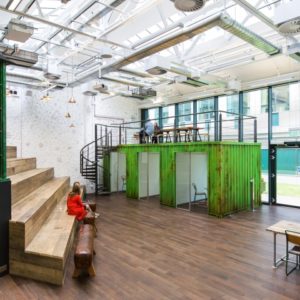