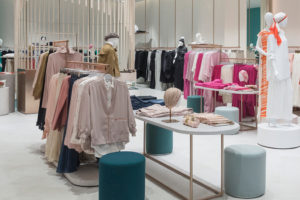 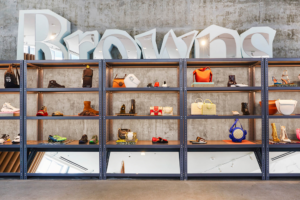 The LINE hotel by Knibb Design 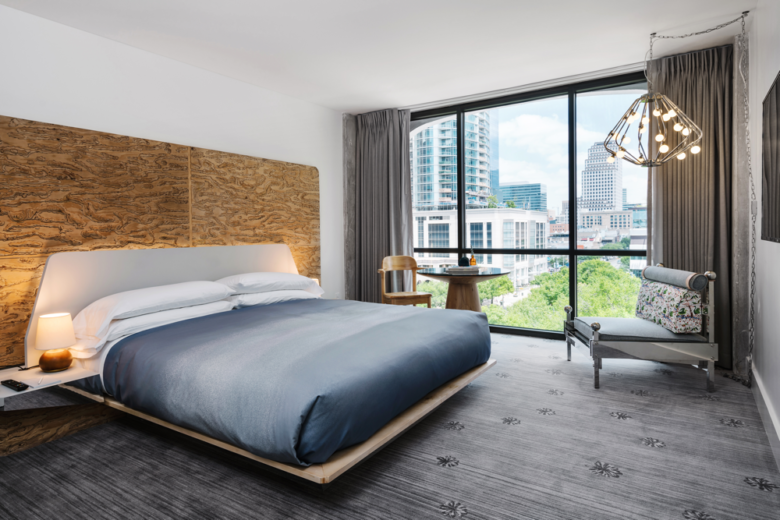 Austin‘s stature as a quirky, progressive pocket in the state of Texas comes with plenty of perks, and increasingly draw a global crowd of likeminded tourists and professionals. As of late, a new hotel has bowed smack in the centre of town, flaunting a look and vibe that resonates specifically well with the creative crowds from home and abroad. It’s the newest outpost of The LINE, one of the hospitality brands of the rapidly expanding Sydell Group, and occupies a mid-century structure which originally opened as the Sheraton Crest Inn in the 1960s. Back in the day, the venue served as a buzzing social hub and beacon of modern lifestyle, but its transformation into The LINE Austin has put it right back in the spotlight.

The property features no less than 428 guest rooms, including 108 suites, and all come with sweeping views of either nearby Lady Bird Lake or the city. While architectural modification were supervised by local architect Michael Hsu, the interior design of The LINE Austin‘s rooms and public spaces has been created by Los Angeles-based practice Knibb Design. The main entrance canopy has been restored to its former glory, welcoming guests and visitors to the open lobby with different seating areas anchored by fireplaces made of marble, travertine, cooper, wood and cement. The rooms have a minimalist aesthetic, and boast an eclectic mix of old and elements that make up a layered palette.

Furnishings are sparse, focusing on the room’s essentials: bed, desk and chair. Light fixtures reflected through the hotel’s many windows conjure the magic of the area’s seasonal appearance of fireflies, and a lounge chair with chrome piping and saddle leather straps marries Texas’s ranching culture references with a contemporary sensibility. Adding even more character to the premises is an infusion of artworks by emerging local artists. The LINE Austin features over 500 original pieces in rooms and public spaces, all sourced in collab with arts non-profit Big Medium. Mind you, the hotel also comes with a dedicated artist’s studio and is developing a residency programme in support of local talent.

Obviously, a place like this has the all right facilities to keep the good times rolling, and in the food and drink department, Arlo Grey is a force to be reckoned with. Helmed by Top Chef Season 10 winner Kristen Kish, this all-day restaurant and bar not only serves exquisite French and Italian-inspired dishes and classic cocktails in an artsy yet elegant space, but also comes with sweeping lake views. The setting features personal and local touches in its design – from artwork made from Kish’s cooking notebooks and childhood mementos to a bespoke floral illustration inspired by the Dayflower, a perennial commonly found in Texas, by Austin-based artist Xavier Schipani which can be found on the menus and cocktail stirrers.

In the lobby, an outpost of Los Angeles-based Alfred offers a full coffee and tea menu including their signature matcha, as well as food to take away. Lounging by the pool? Check! In the back yard, on the edge of the lake, sits a sexy infinity pool replete with a furnished lounge deck, and which also happens to serve cocktails and poolside fare. And that’s not all, folks. Debuting this month is a casual burger joint and bar called Dean’s One Trick Pony, followed by P6, a rooftop lounge with sweeping views of the lake in Spring 2019. And should business call for a reality check, The LINE Austin has a few aces up its sleeve, including flexible and well-equipped meeting and events spaces that take full advantage of the hotel’s catering programme, services, and last but not least, its stunning views. Location: The LINE Austin, 111 East Cesar Chavez Street (Downtown). 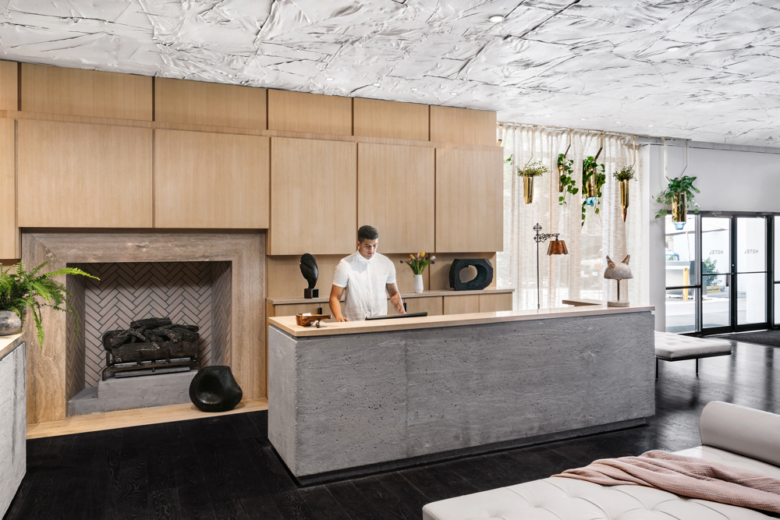 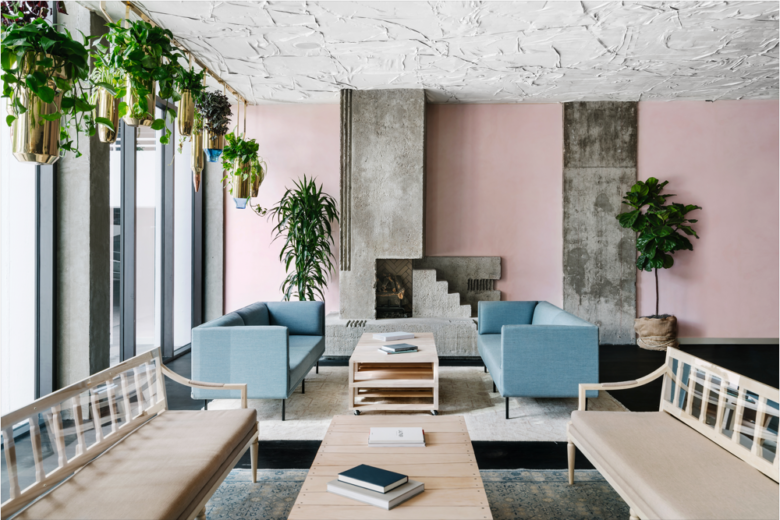 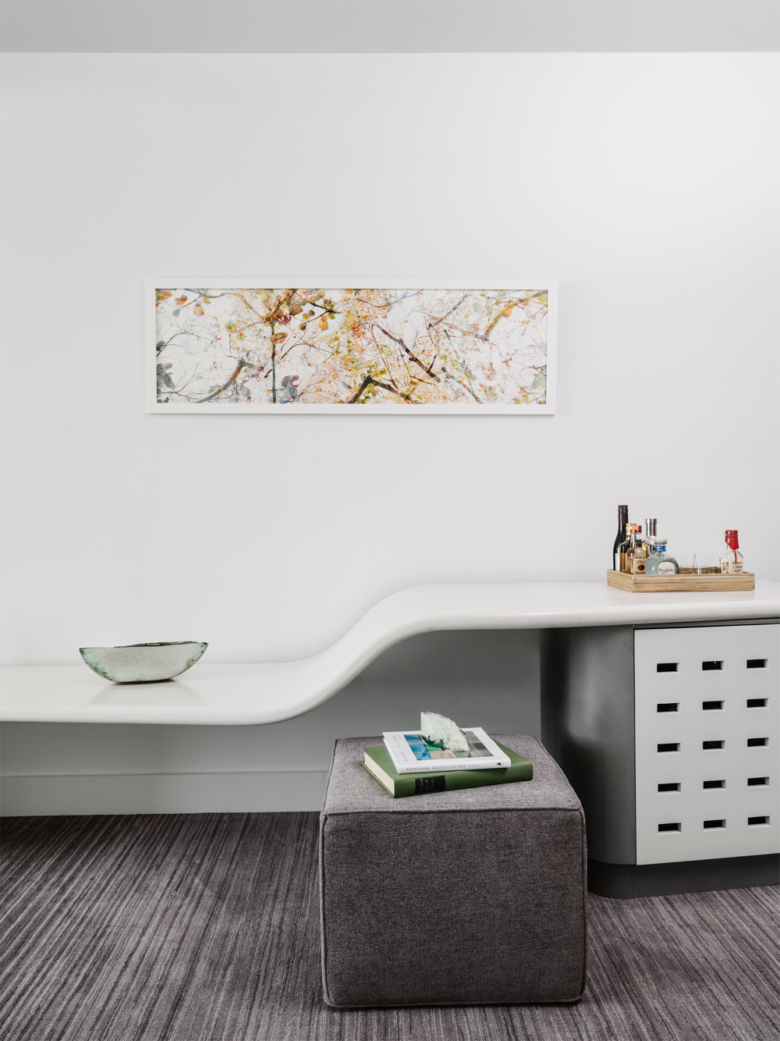 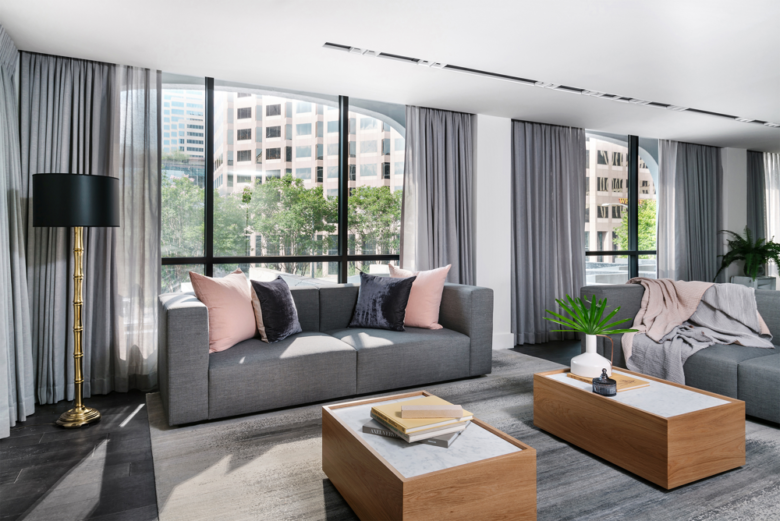 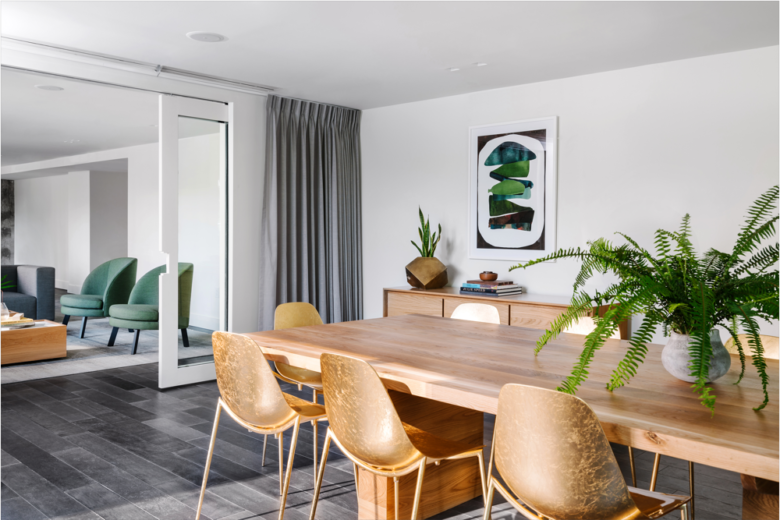 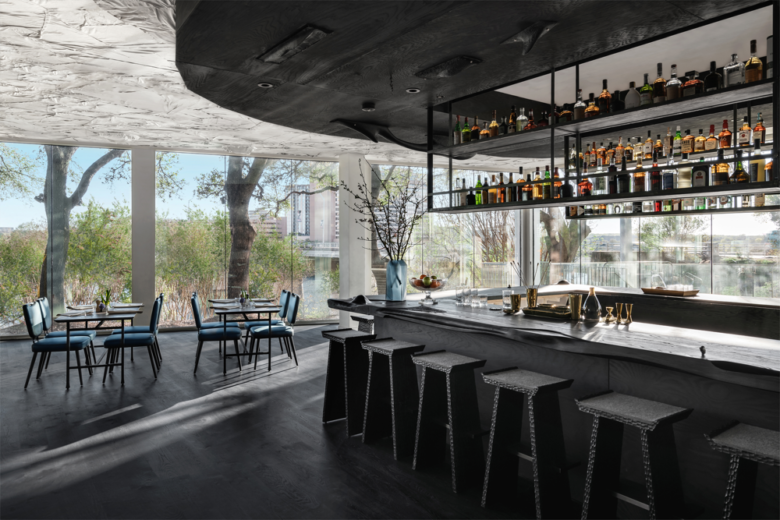 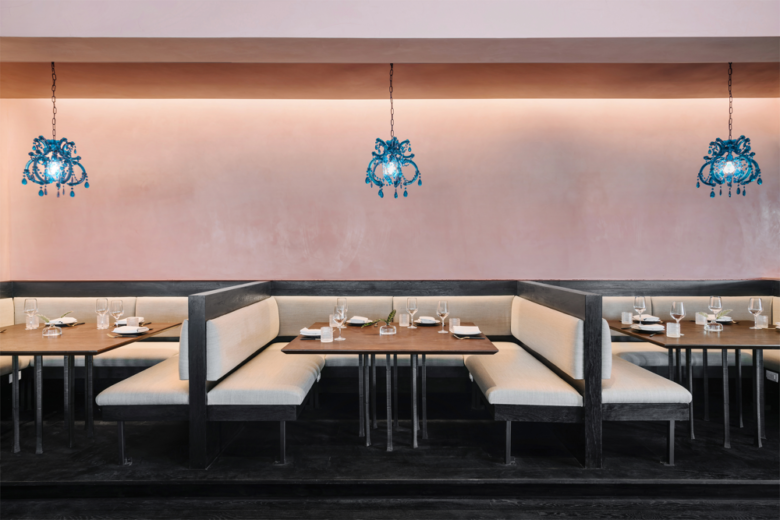 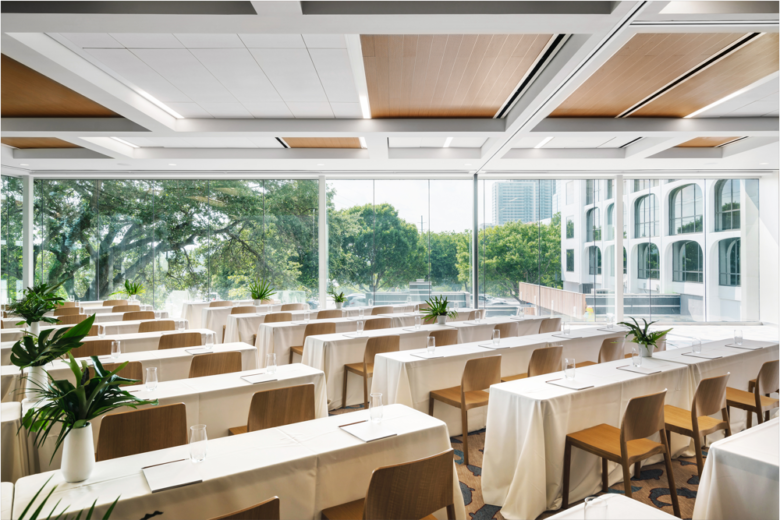 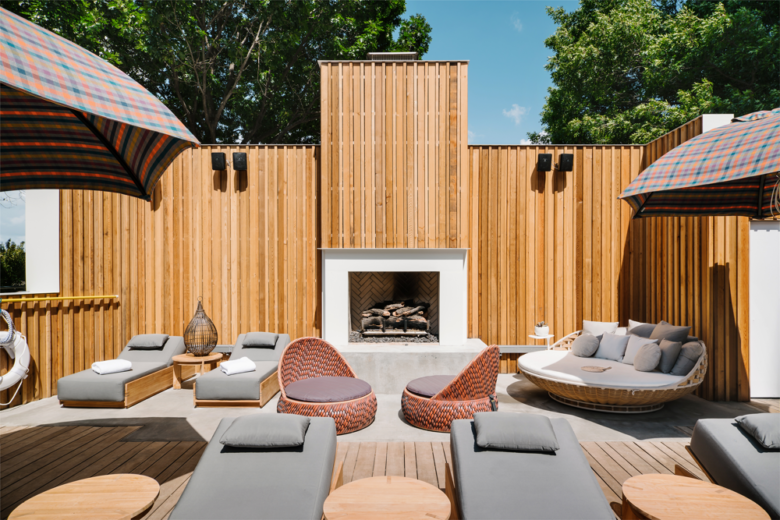 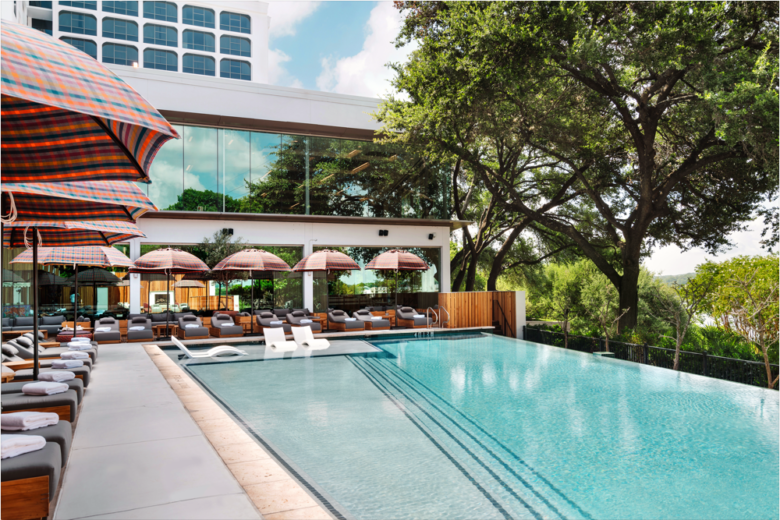 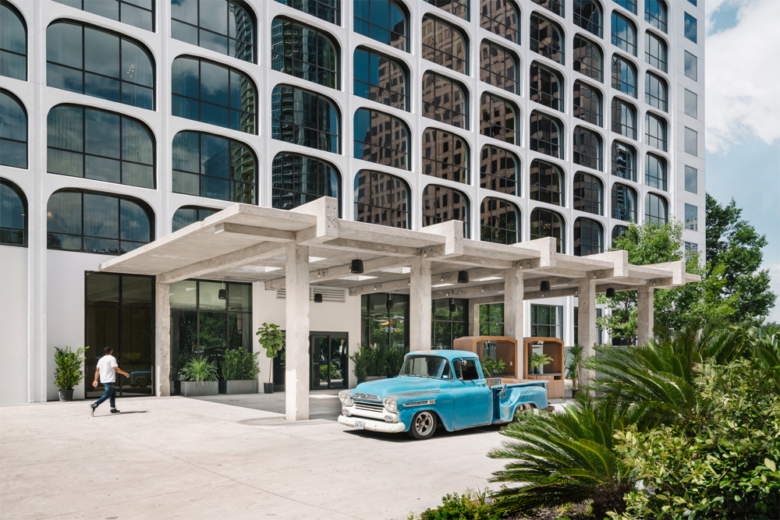 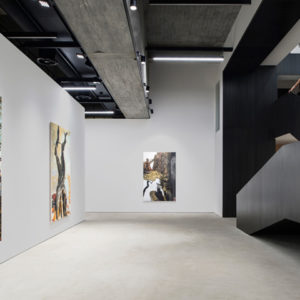 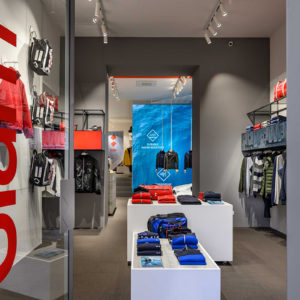 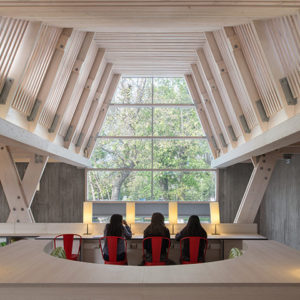 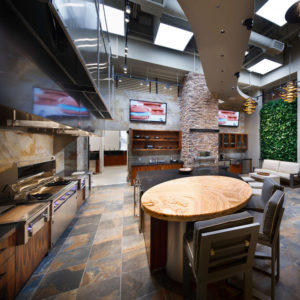