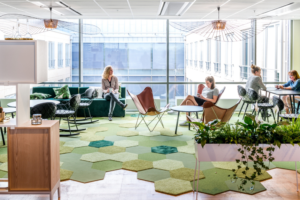 Biophilic design for Cablecraft in England 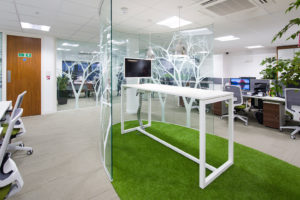 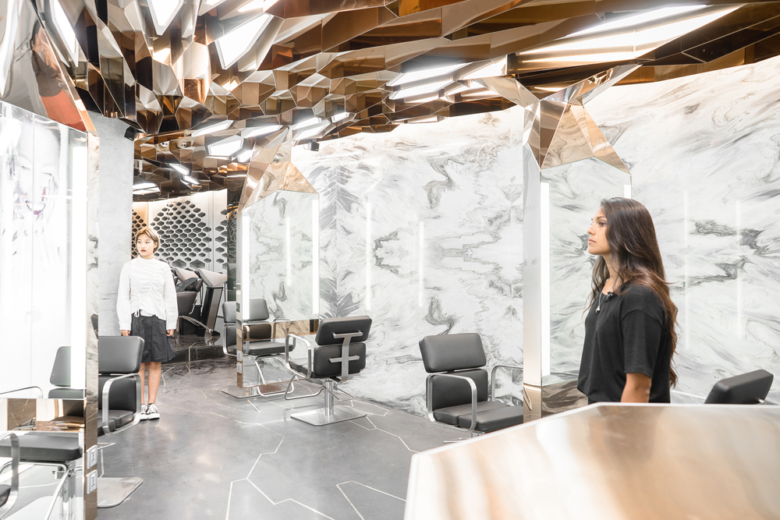 The golden flowing river contrasted with soft misty clouds located at Beijing world trade center, a hair salon MQ studio has been designed and construction completed by CAA at the end of August 2018.

Located in the Beijing central banking district, surrounded by a multitude of fashion outlets, MQ studio Beijing flagship settles itself within a unique place. Going being all the functional requirements, it is not a hair dressing studio, but an art sculpture exhibited at the hub of the China World Trade Center.

As one moves closer to this area, cloud images are seen, which are projected onto the glass that envelops the space. These images are superimposed onto the space as a layer and when viewed from outside to in, it creates a sense of infinite possibility and opportunity, which is much associated within the infinite horizons of the sky.

Inside the space, the shimmering ceiling is lifted out of clouds, referencing a golden river soaked in evening sunlight, flowing slowly into the distance. At various points it trickles down like a stalactite to form the vanity mirror used by the hair stylists. The combination of aesthetics and function here is designed seamlessly. The metaphorical clouds become a medium that transfers people from the one dimension to the next, linking the spectator to a new parallel utopia.

The floor plan of the salon is an irregular shape, penetrated by four large inclined columns which form part of the buildings concrete superstructure to hold up the 330m height building above.

The salon is located at a core of the building, and a number of different building service pipes transit the space across the ceiling. The unique structure and the small-scale space produce various design challenges, which founder Liu Haowei decided to try.

Instead of concealing the industrial building services behind a screen, the design chose to highlight the ceiling part by using a generative design algorithm to create the impressive parametric form which simulates a wave pattern.

Conceptually the ceiling is operating as a wave of water, sparkling under the sunshine. Highly reflective golden stainless steel was applied to make the ceiling, and after studying the reflection properties of the material at different angles, the CAA team aligned each surface accurately to let light bounce and refract at different angles, creating glamor and drama in this house of fashion and style.

Behind the scenes was a large challenge for the construction team. Over 300 different hexagons are all made and installed by hands. The general soldering method is not possible due to the material delicate properties. The design team and the construction team spent several months of time to develop the best solution and to make the final installation of the interior art piece possible.

In the heart of the hustle and bustle of the Beijing business CBD, this golden river flows above the clouds and becomes a secret place created by CAA, leaving a special impression that adds another great experience to the Chinese capital. 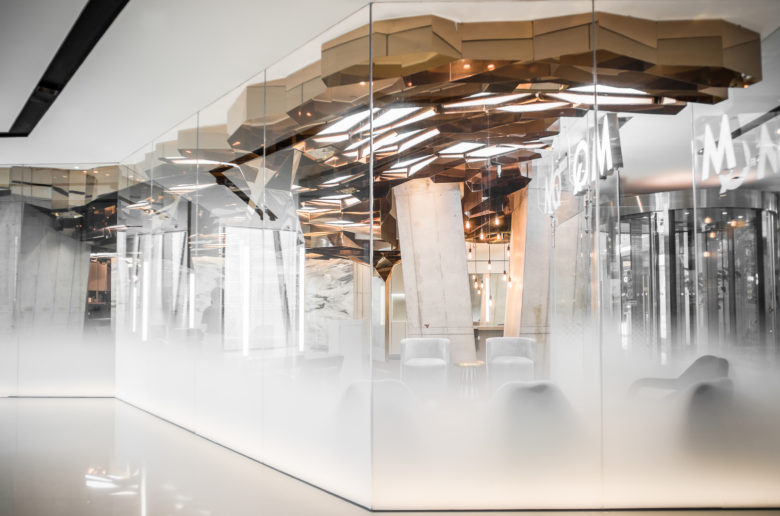 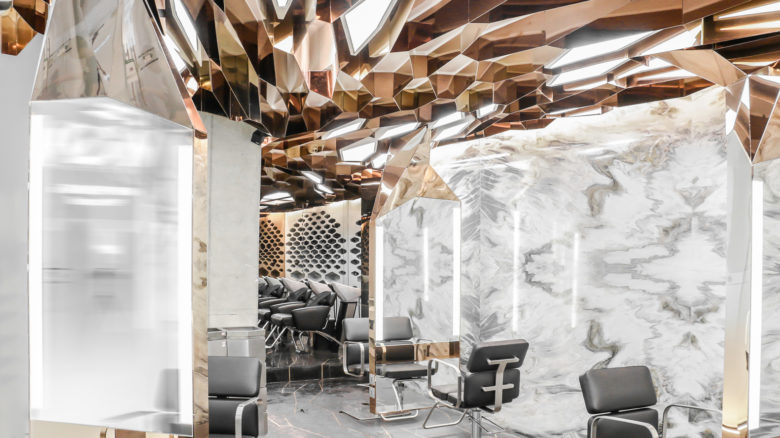 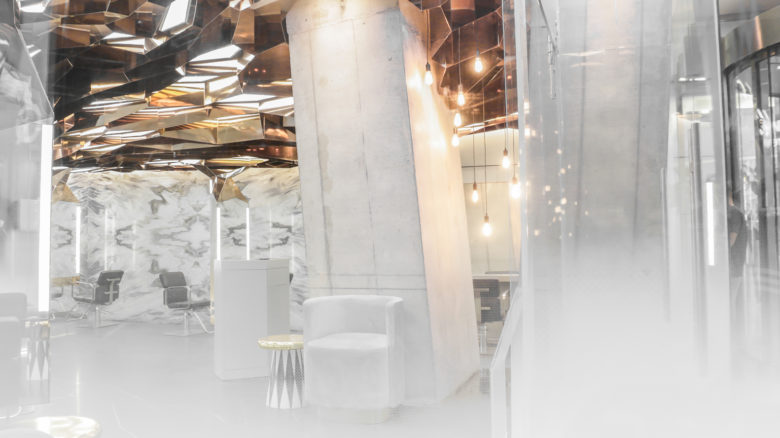 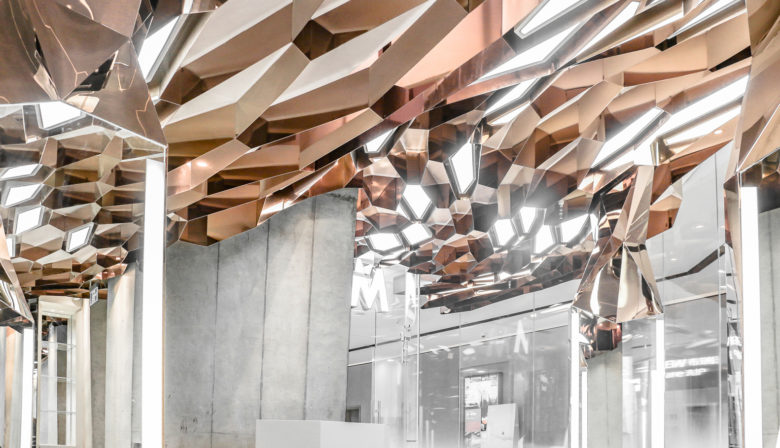 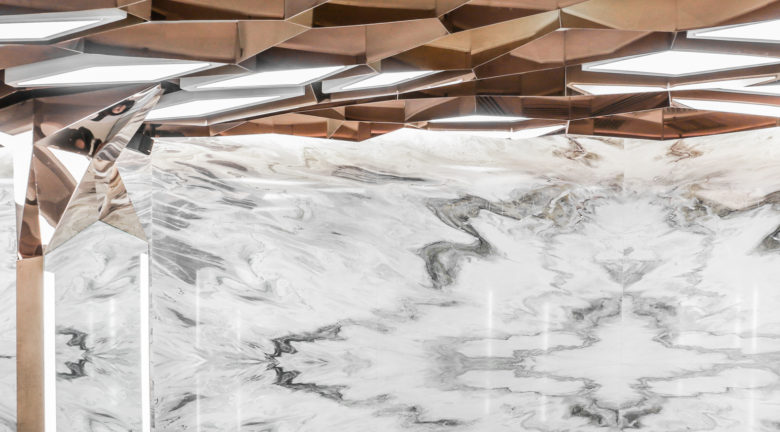 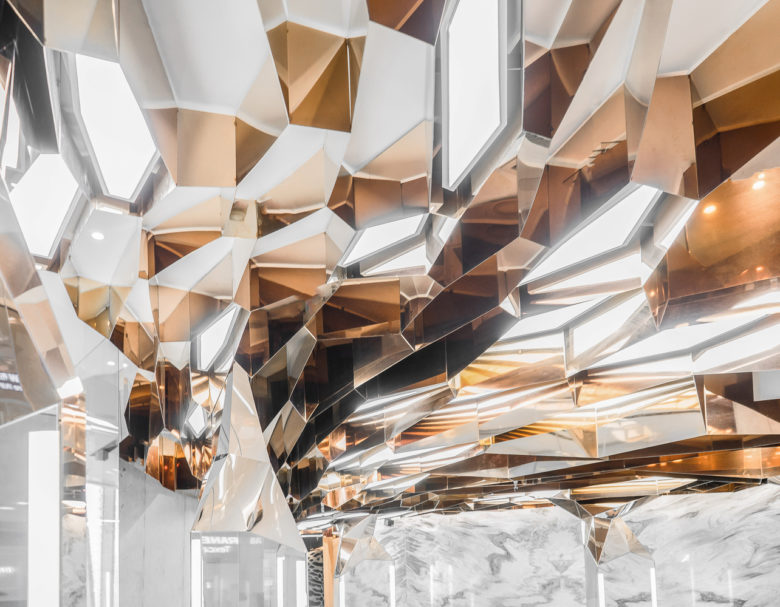 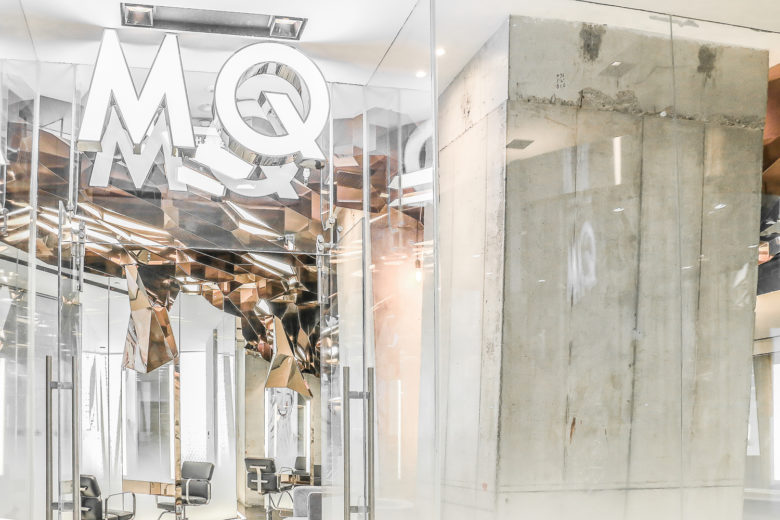 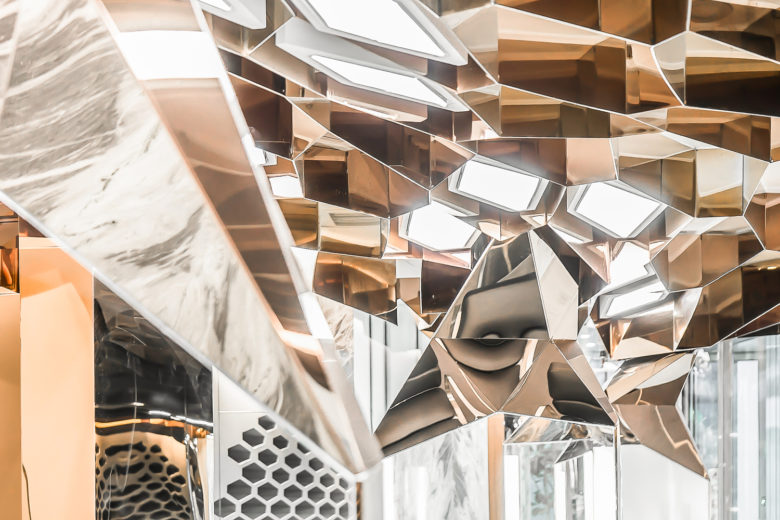