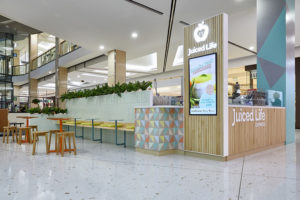 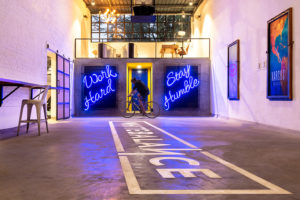 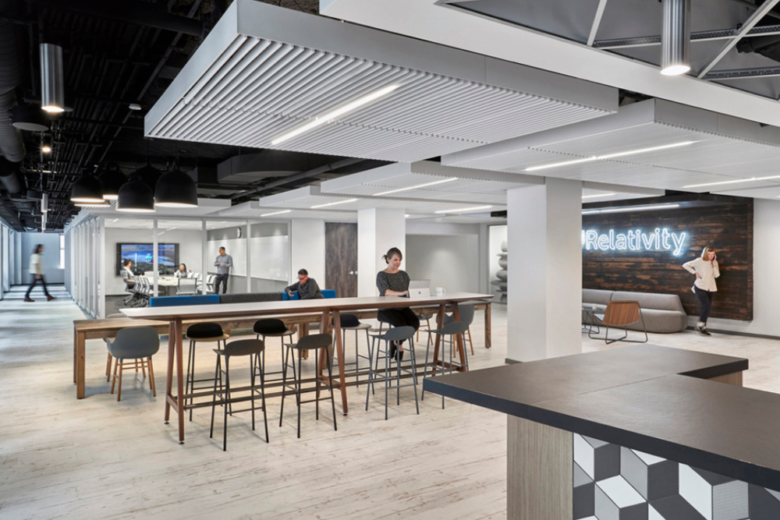 Relativity has expanded to a fourth floor in their Chicago location with highly flexible workstations and collaborative environments to accommodate the growth of the leading e-discovery company. Huntsman Architectural Group completed the office expansion design for the software company, Relativity, located in Chicago, Illinois.

Relativity, the world’s leading e-discovery company based in Chicago, currently occupies three floors in a neo-classical architectural gem located in the city’s financial district at 231 South LaSalle Street. Requiring additional space for its growth and increasing operations, the client expanded to an additional floor, 40,000 usable square feet, which came completed with half of the space previously built-out for a speculative suite. The client desired to maintain as much of the space as possible, although an aggressive plan for company growth flexibility and adaptability were very high priorities.

The key driver to the expansion was to maximize Relativity’s workspace program to embrace flexibility, while also integrating and accommodating the improvements to the speculative office suite. The workstation design solution incorporates a “spine system” which allows for desks to be positioned and rotated according to the work styles of various groups. A wide variety of alternative work areas are dispersed throughout the plan including small conference areas, open team meeting spaces, phone rooms, and amenity spaces, including a zen/relaxation room. Large group collaboration areas, meeting spaces, and break rooms are positioned in curvilinear-shaped areas further highlighted with vertical wood mullions.

In addition to flexible workstation space, the large open collaboration areas on both the east and west side lend themselves to large, all-hands meeting with sliding doors opening into the larger space. Integrating technology throughout the space was also crucial to Relativity’s needs. Microsoft Surface™ hubs were incorporated into all the conference rooms and collaborations spaces. Monitors are also strategically placed throughout the floor displaying floor plans, events, new hires, and general office information. 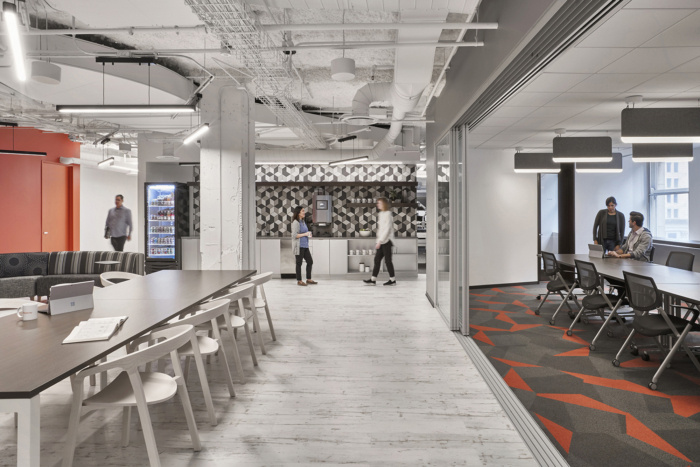 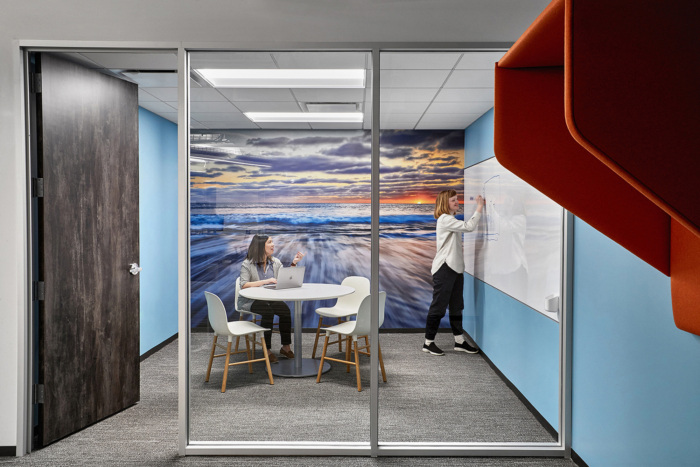 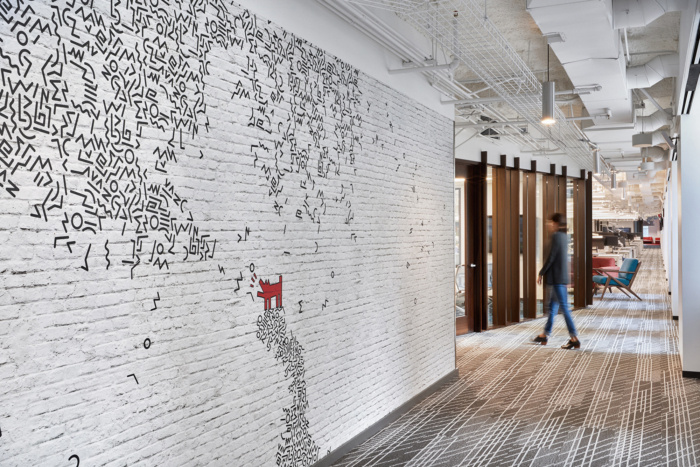 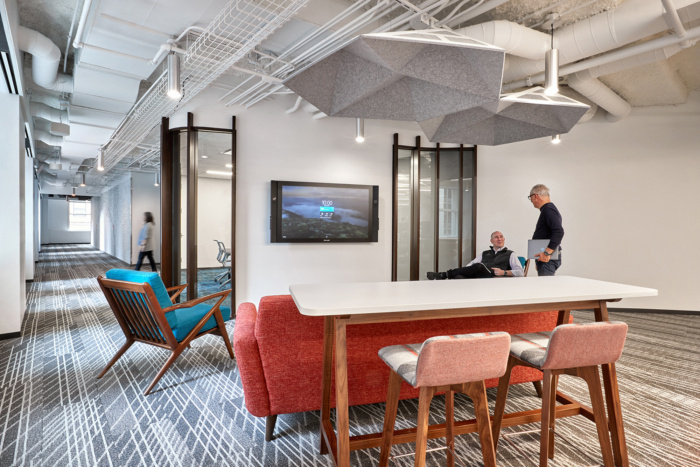 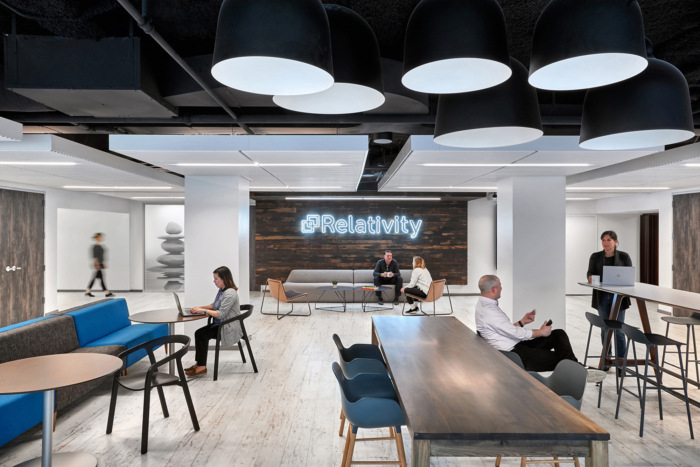 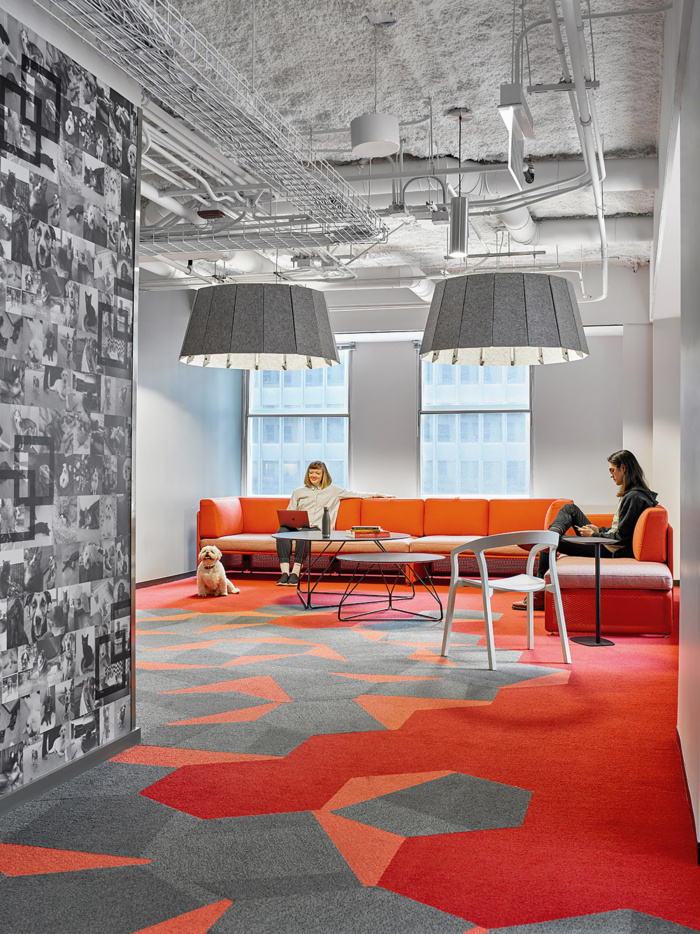 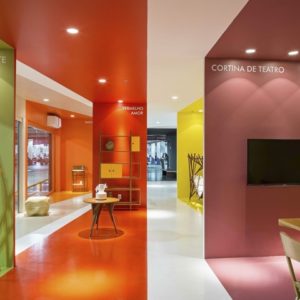 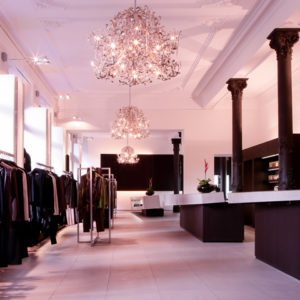 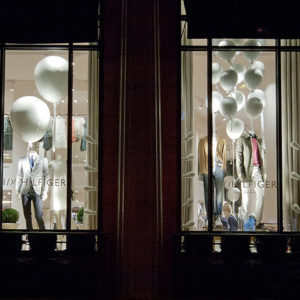 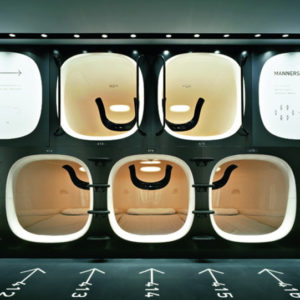