Chalmers Department for Architecture and Civil Engineering by White Arkitekter 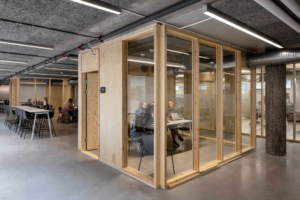 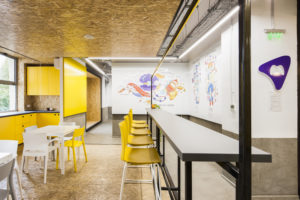 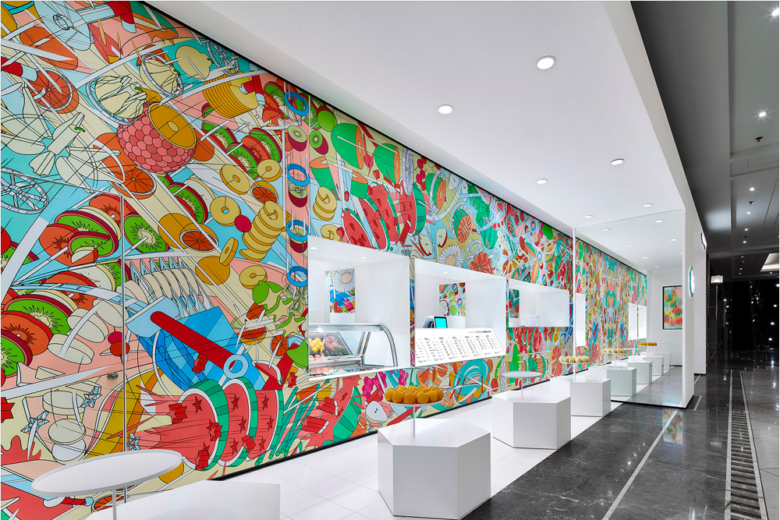 Emblematic of the rise of modern lifestyle brands in China, and their increased awareness of branding and marketing, is the latest outpost of ORIGINALFRESH. Situated at The Grand Summit, a shopping mall in the upscale Liangmaqiao area of the Chinese capital, the chain caters to a young, savvy and health-conscious demographic of consumers with a wide range of freshly made fruit and vegetable juices, in addition to matching bites. Since its inception in 2012, the company has opened branches in both Beijing and Shanghai, making a real effort to entice its health-obsessed following with more than just a product range. With the opening of this newest outpost in the Chinese capital, ORIGINALFRESH has renewed its collab with DAS, a Beijing-based architecture and design practice. Inspired by architect Robert Venturi‘s concept of Billboard Architecture, described in his 1972 book Learning from Las Vegas, the design is dominated by a 12 x 4 metre (39 x 12 foot) mural.

It’s very aptly called Cutting Fruits, featuring an abundance of colour-infused depictions of, yes indeed, fruits. When looking closely, each fruit and part in the drawing is an experiment about section. Different objects slice the fruits into various forms, added with comics-inspired motion lines that indicate speed and movement, resulting in an intricate drawing, but one with clear logic. The thickened doorframe becomes the frame of the mural. The front area, furnished merely with a number of hexagonal benches with attached trays, is used for sales and the back for production and three windows have been created to connect the two areas. As said, the menu at ORIGINALFRESH predominantly lists juices, including a variety of exotic fruits, vegetables and dairy products flown in from abroad, in addition to a range of compatible healthy bites. 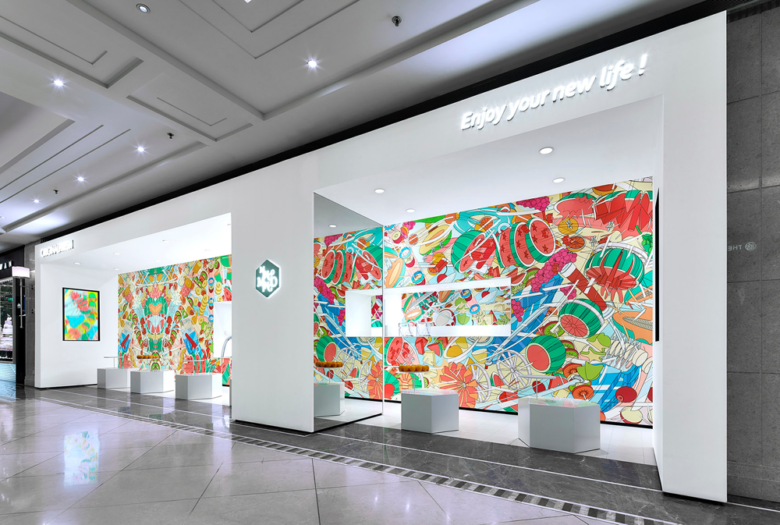 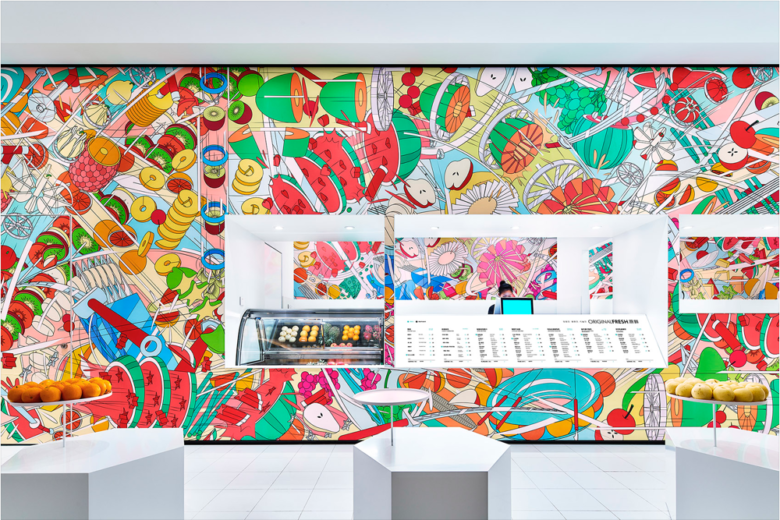 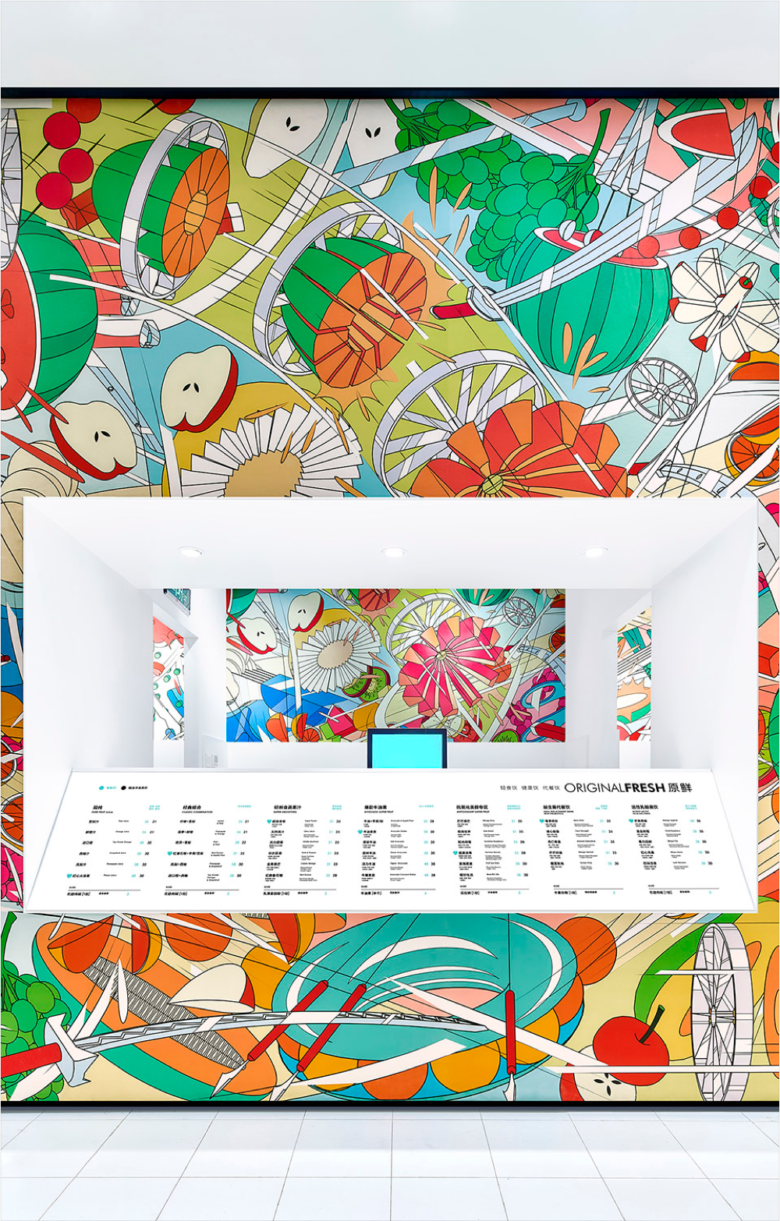 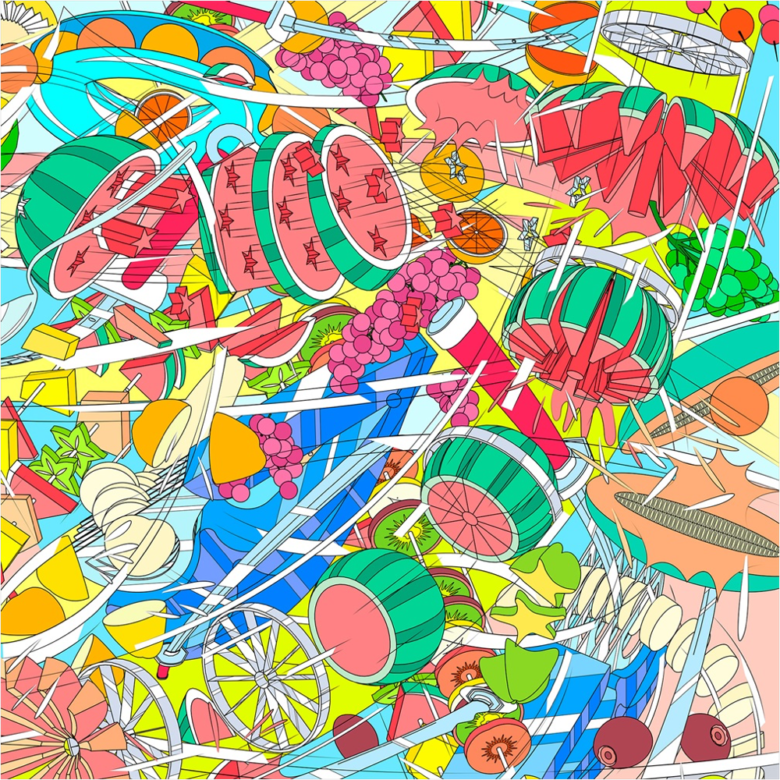 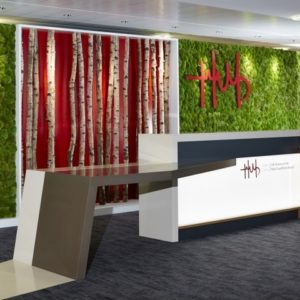 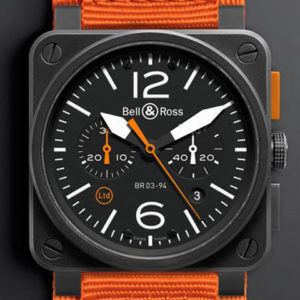 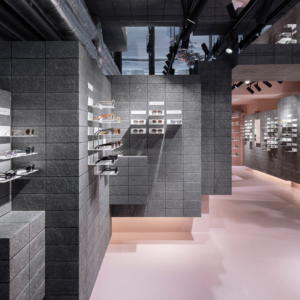 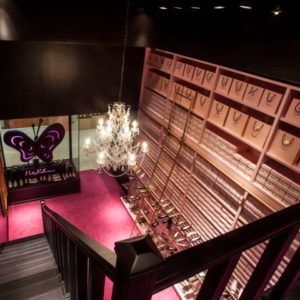