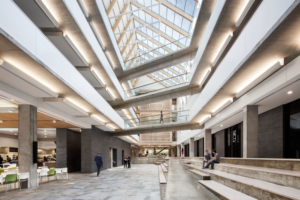 Master and So What Offices by numa arquitetos & Juliano Monteiro Studio 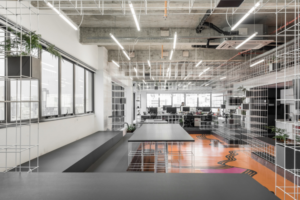 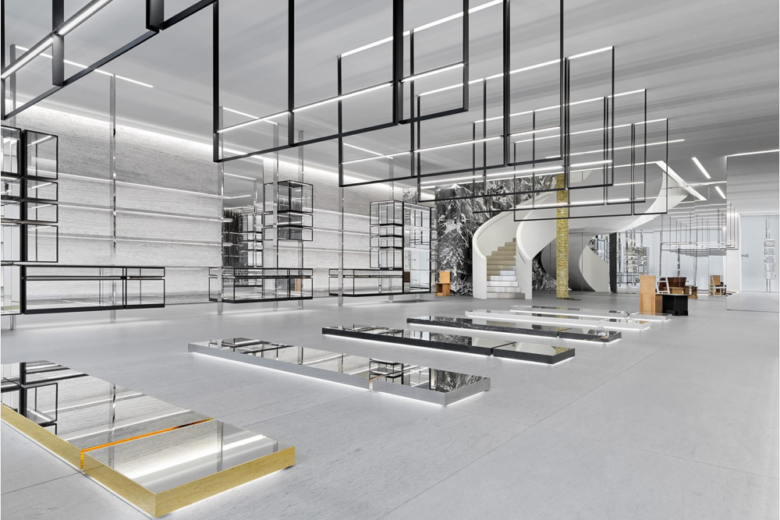 Celine‘s flagship store in New York City may have been the very first to be tweaked by new creative director Hedi Slimane, but we actually think the one on Omotesando Dori in Tokyo has befitting palatial dimensions to showcase the bold new design codes. During the tenure of Phoebe Philo, Slimane’s hailed predecessor at Celine, the retail space on the two lower floors of the landmark One Omotesando building expanded in width, and it’s actually to the full advantage of the new aesthetic. Mind you, the building itself, designed in 2003 by none other than Kengo Kuma, already is an architectural statement, but has now gained additional lustre. The lofty ground floor sees rows of suspended clothing racks made from sleek steel elements, and incorporating tubular lighting along the way. The suspended structures are accompanied by rectangular displays with mirrored surfaces right below.

Lining one side of the retail space are cabinets crafted from steel and glass, placed against a backdrop of elongated shelving. The swirling staircase that leads to the second floor has been retained, but is now paired with a floor-to-ceiling backdrop of marble and an even more visually dramatic sculpture by New York-based Canadian artist Elaine Cameron-Weir. Upstairs, a similar lavish setting can be found that’s almost identical, except for the fact that there’s a bigger infusion of black and white marble. A large seating area, furnished with Gerrit Rietveld-inspired chairs and modular leather-clad benches tops the section downstairs. The renewed Celine flagship store carries the brand’s full women’s collection and the newly launched men’s collection. The store renewal precedes the launch of new Celine shop-in-shops at luxury department stores Isetan Men’s in Tokyo and Hankyu Men’s in Osaka. 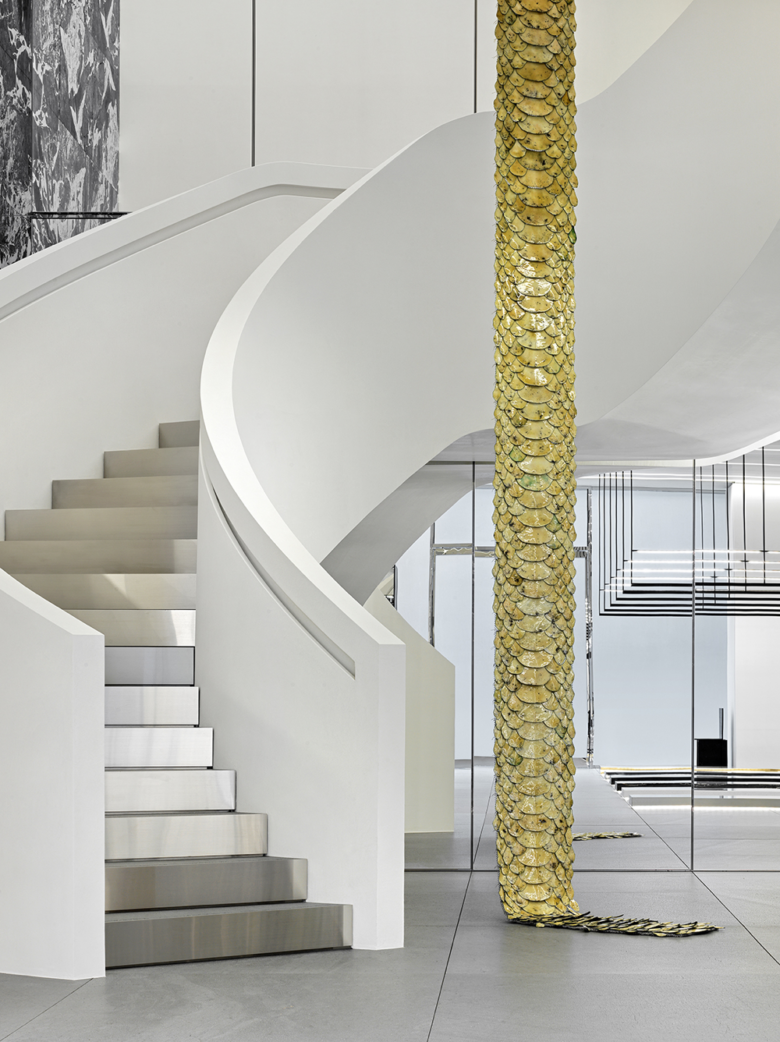 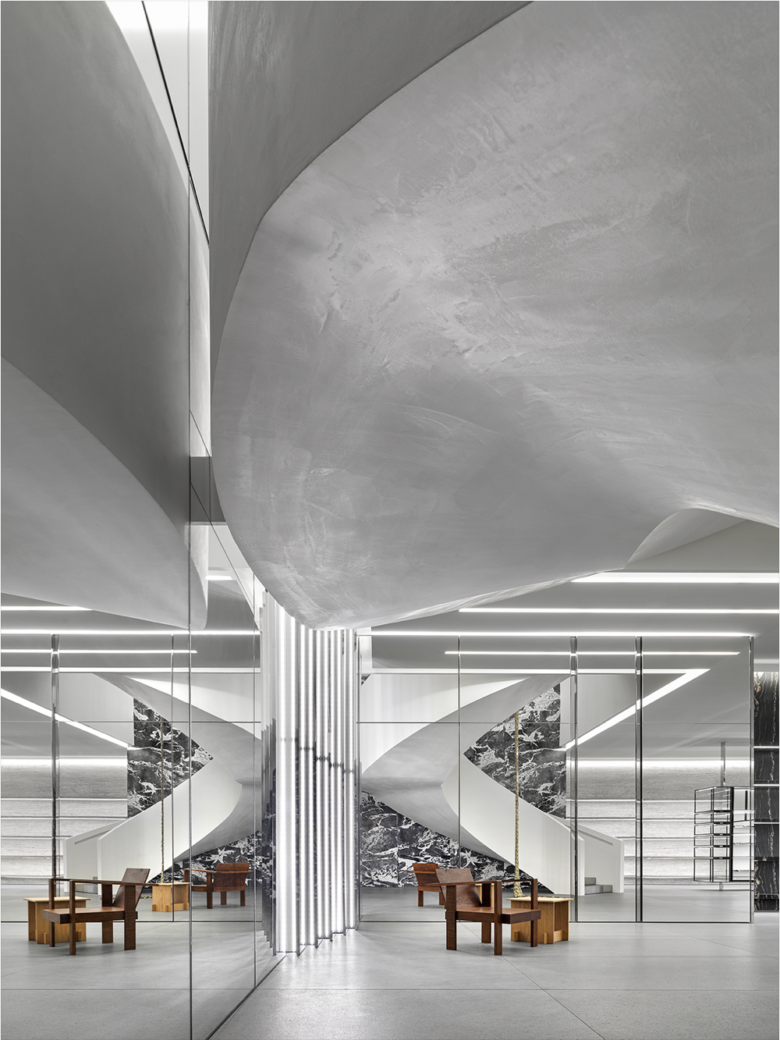 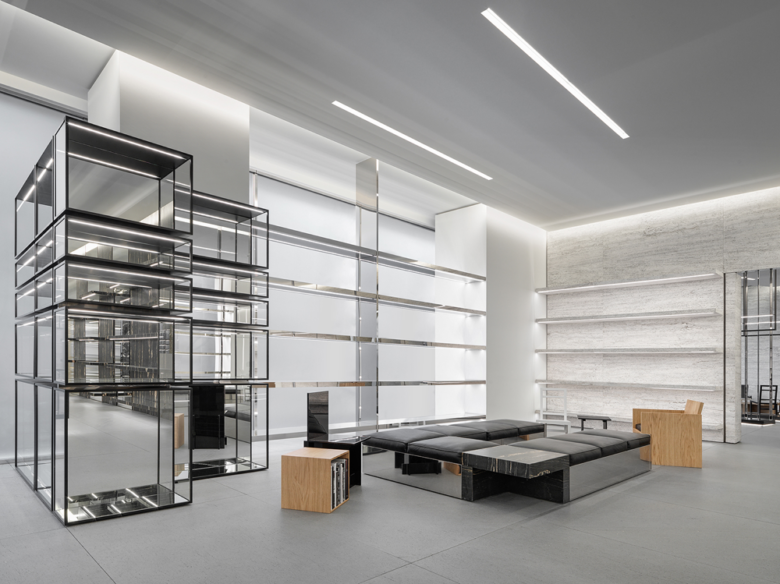 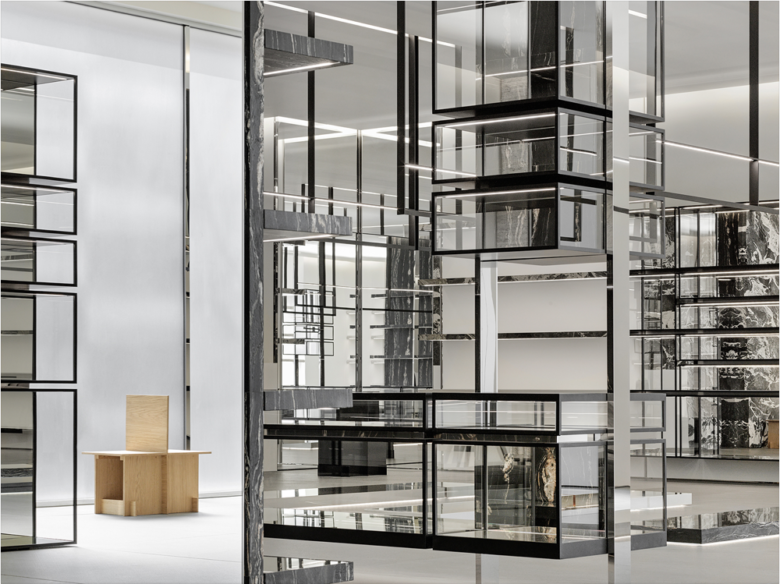 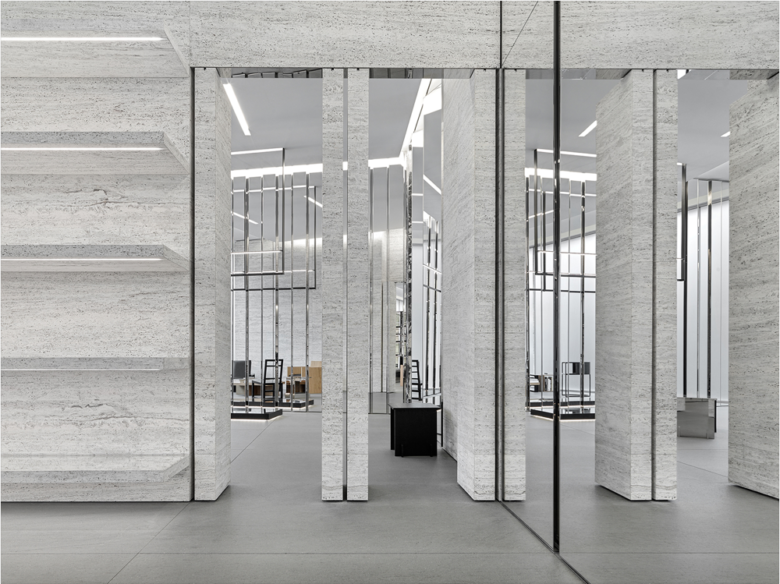 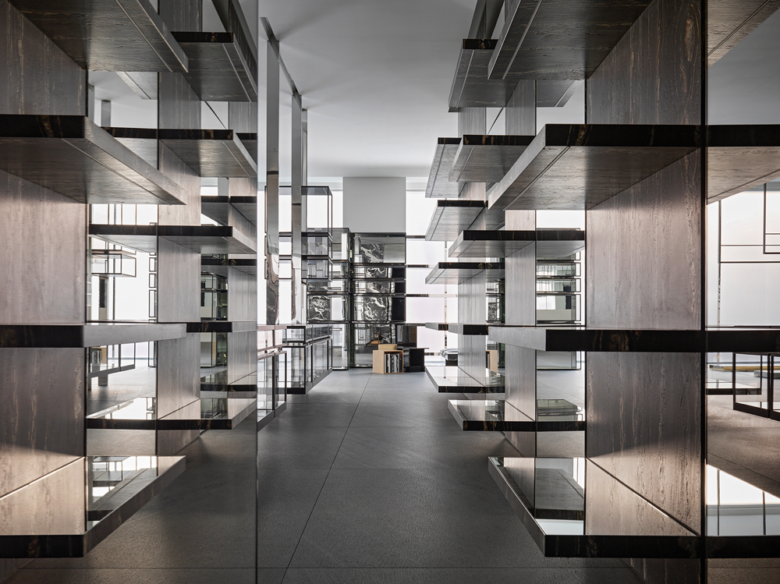 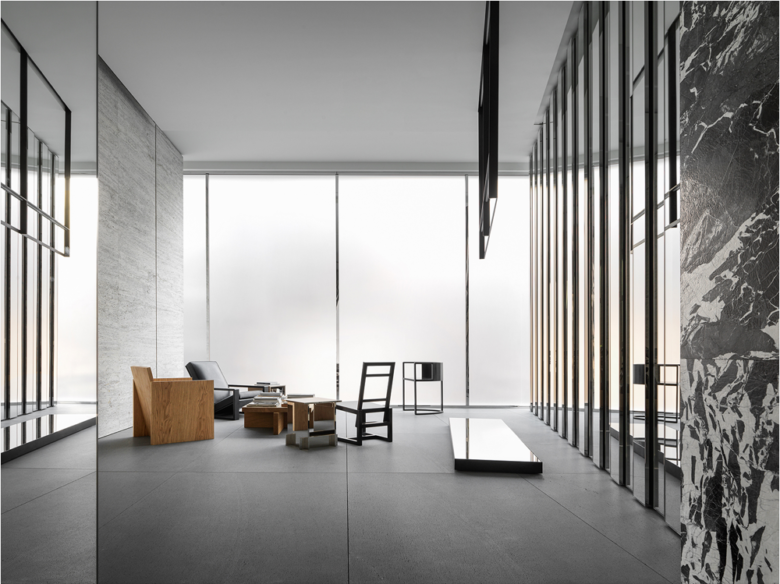 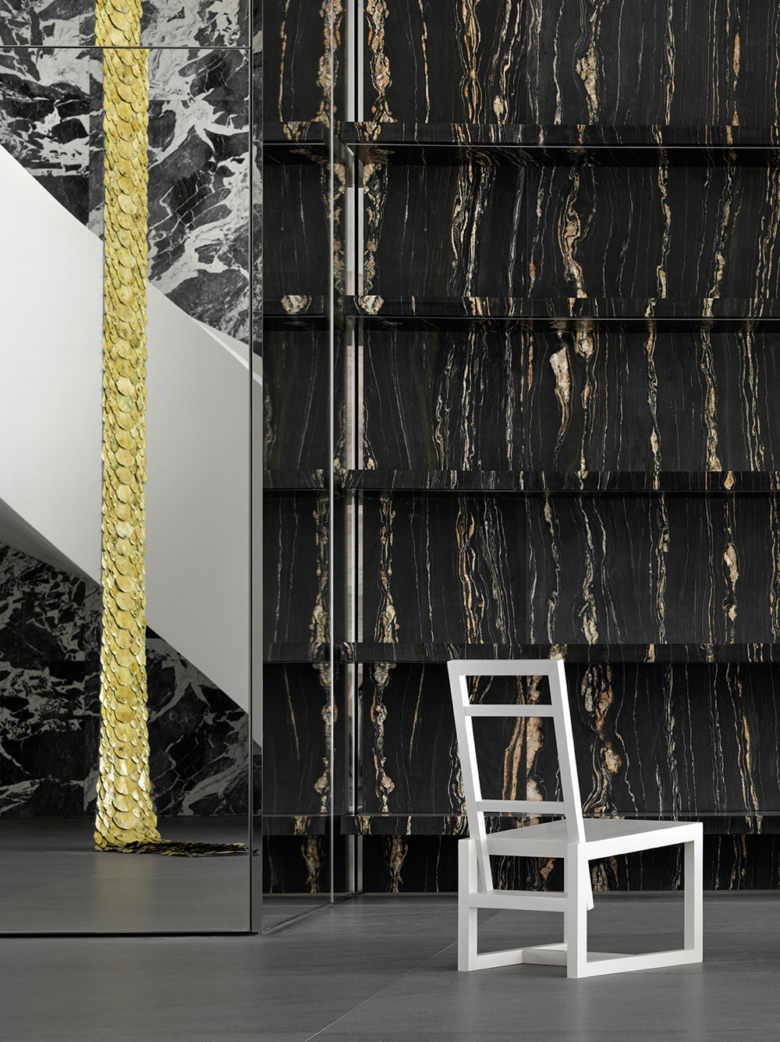 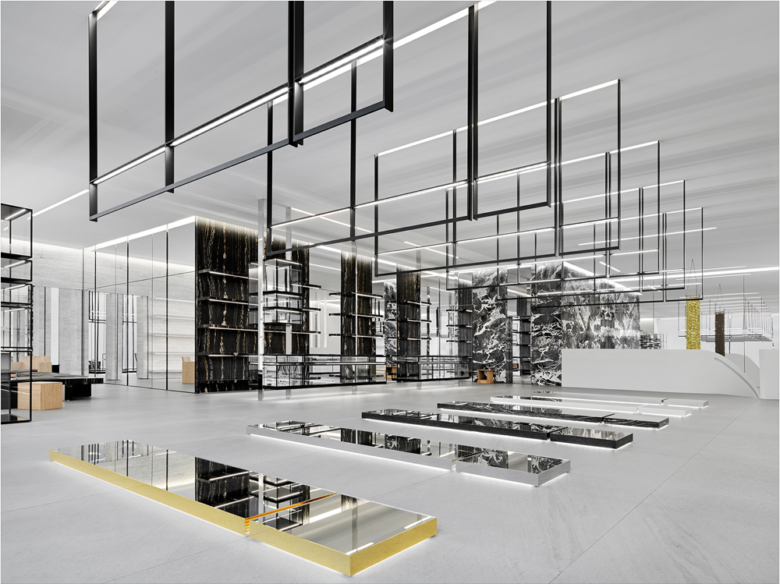 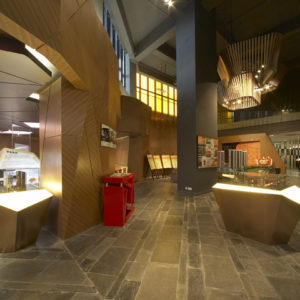 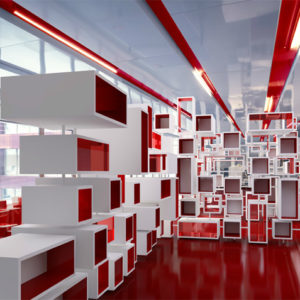 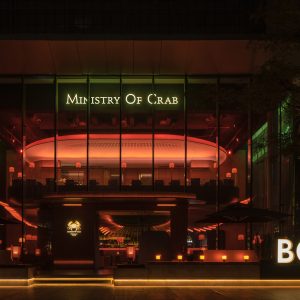 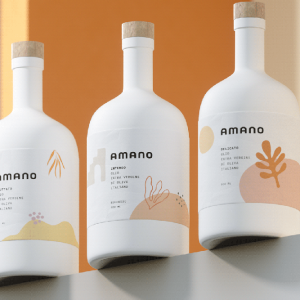