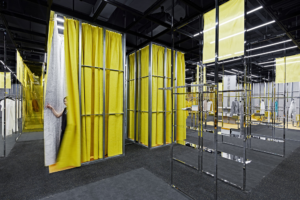 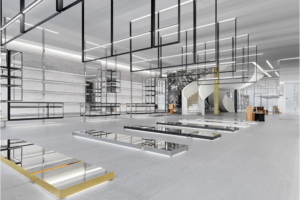 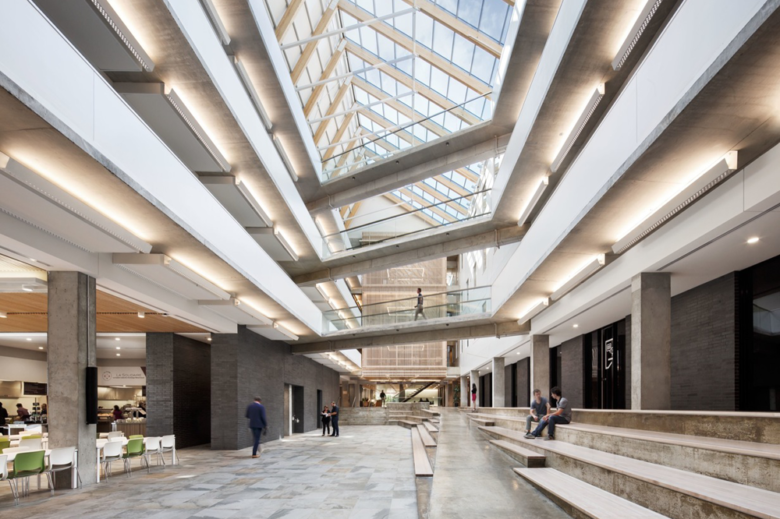 Recently awarded at the Grands Prix du Design, category “common area”, this LEED silver expansion project offers a new everyday life at the CSN’s head office, thus improving the quality of life of users and residents of the neighbourhood.

Located in the Ville-Marie district, east of the Jacques-Cartier Bridge, the head office of the CSN (Confédération des Syndicats Nationaux), a brutalist building from the early 80s, wanted to get rid of its heavy and severe image. This image has been transformed through a redevelopment and an expansion amplifying the aesthetics of the building and its impact on the neighbourhood, while preserving its essence, its identity. The entire project is inspired and anchored in the continuity of the values of the CSN: autonomy, freedom, solidarity.

Conceptual approach. The expansion project is designed to enhance the architectural and social landscape of the area. A large volume of colour develops in continuity with the existing building, but now more freely, expressing diversity, complementarity and unity. A new garden completes the development of the site and offers users and residents of the neighbourhood, a real area of relaxation and exchange. At the heart of the architectural concept is the symbiosis of two volumes, one of wood, the other of steel, blending harmoniously in a vast atrium bathed in natural light.

A true metaphor of the public space, at once free, luminous and unifying, this grandiose place acts as a strong link; uniting the existing building with its expansion, as well as the different members of the confederation. The offices are all located at the perimeter of the enlarged volume and around this atrium lined with passageways and crossed bridges. On the ground floor and on the garden level are the common functions: the meeting rooms, the cafeteria, the multifunctional room, the bookshop and the library. The “circular” floor plan offers great flexibility that will allow the growth or decline of the different federations over the years.

Enhancing wood. Wood, concrete and steel were used to express the know-how of local and regional industries, represented by CSN unions. The atrium was designed to highlight these raw materials. In particular, wood is the predominant element of this project, since it is associated with the collective spaces of the building; these places, highly symbolic for the Confederation, unite its different members and gather them around the same mission. The careful use of wood allows emphasis to be placed on these spaces of sharing; including the atrium, the cafeteria and multifunctional rooms.

Combined with concrete and steel, finely worked wood enhances the aesthetics of these collective spaces and represents the wealth of know-how of the workers, recalling the essence of the CSN. The different types of wood chosen for the design of the project all come from local and regional industries represented by the Confederation’s trade unions. Maple was the main type of wood used in various ornamental applications for its colour, strength and identity. 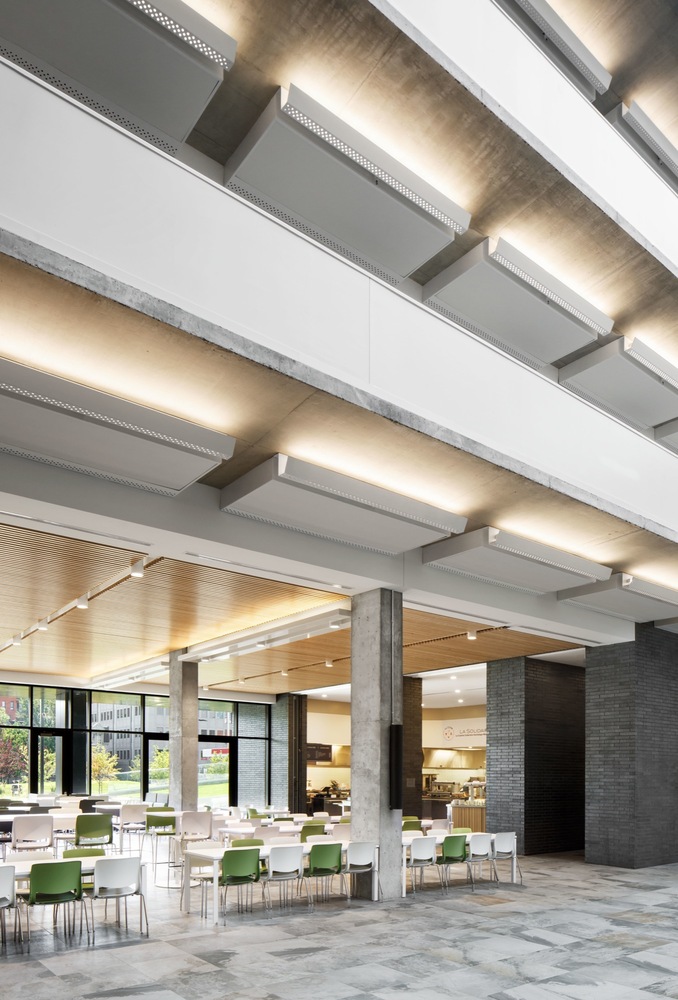 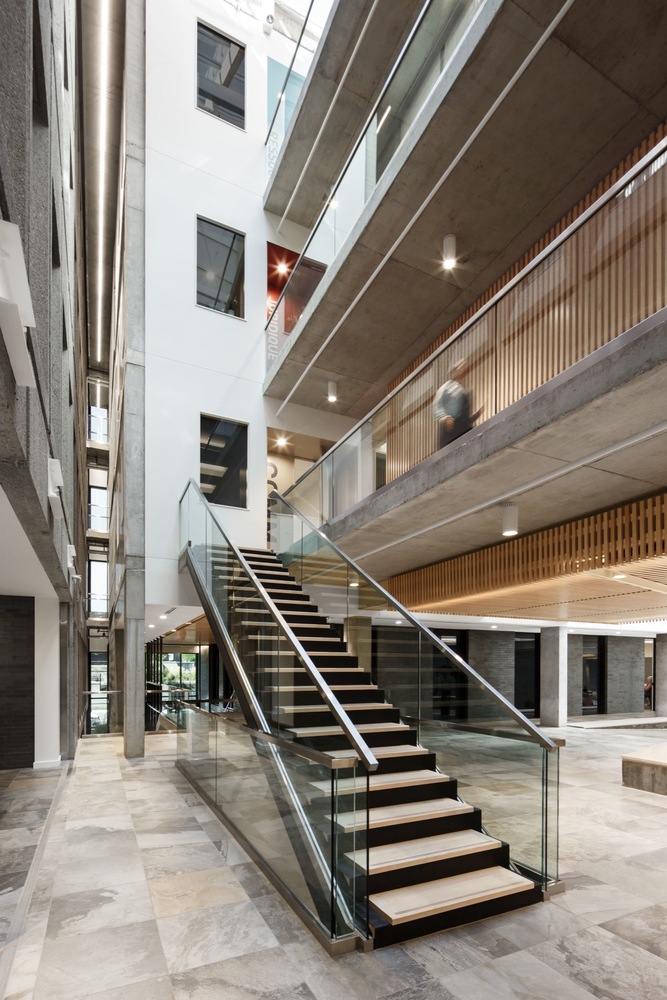 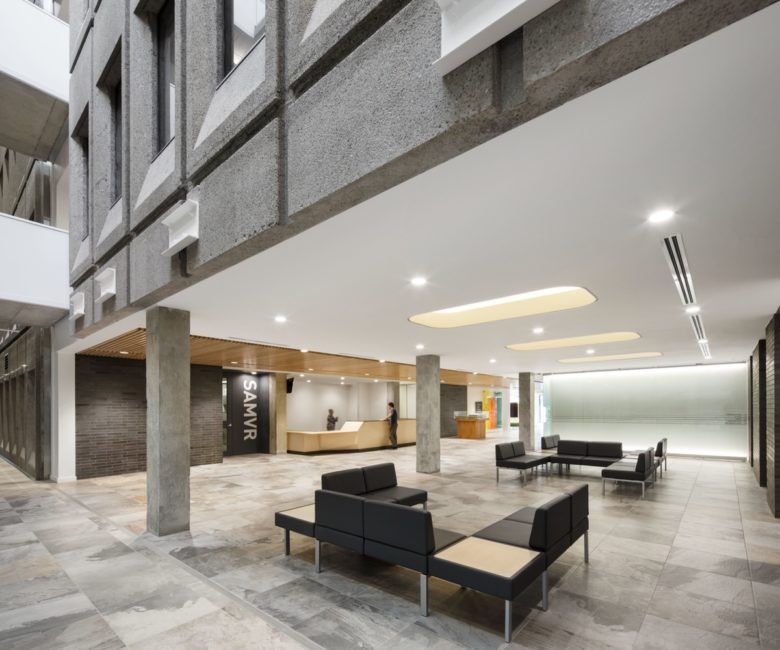 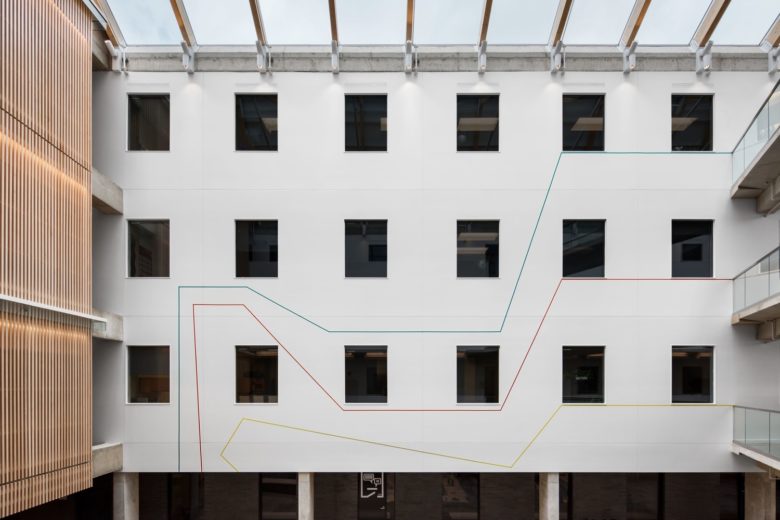 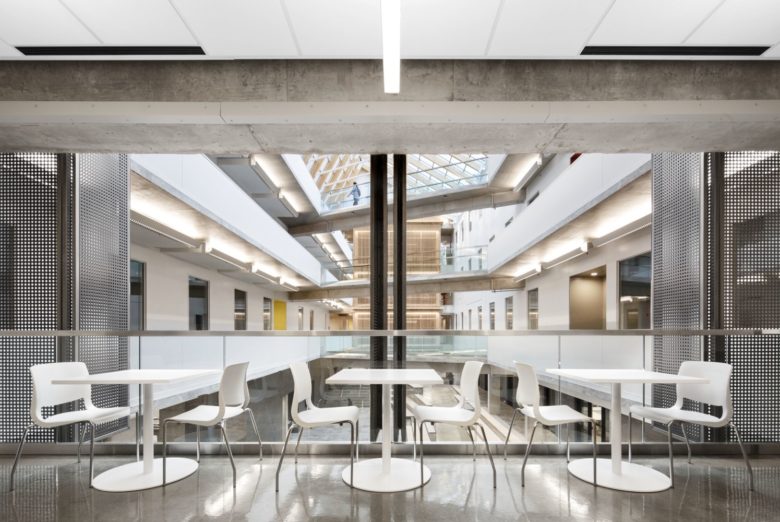 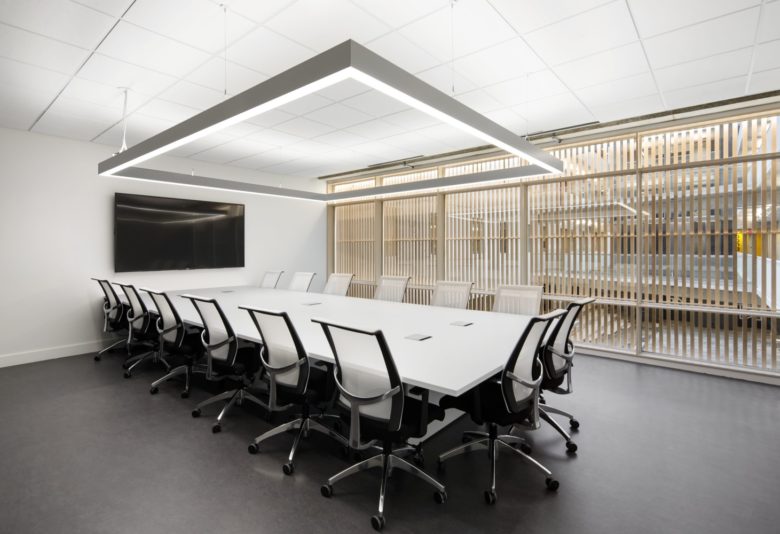 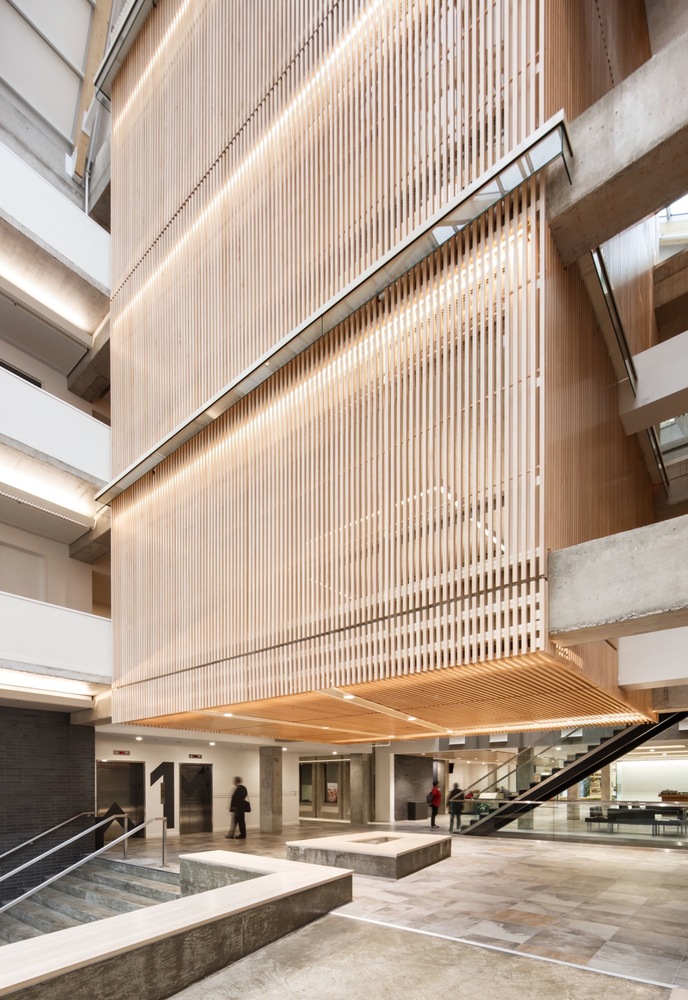 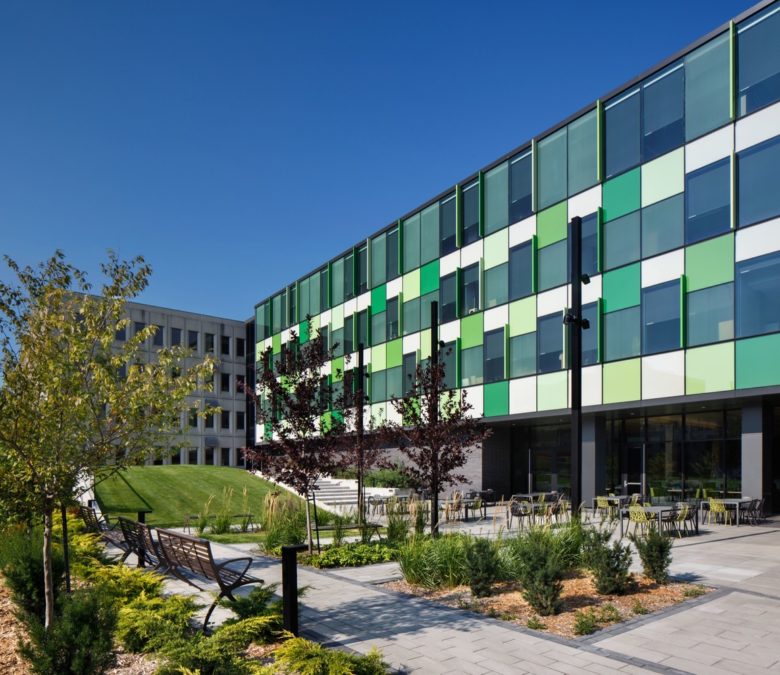 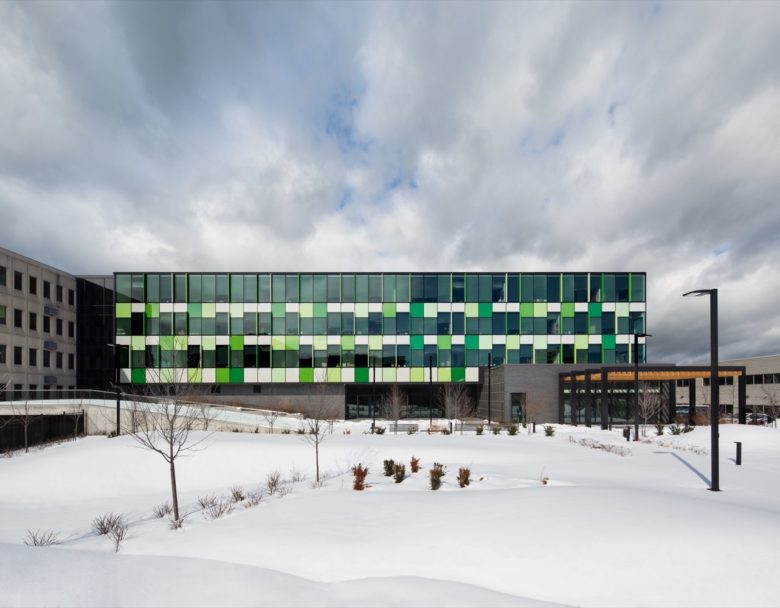 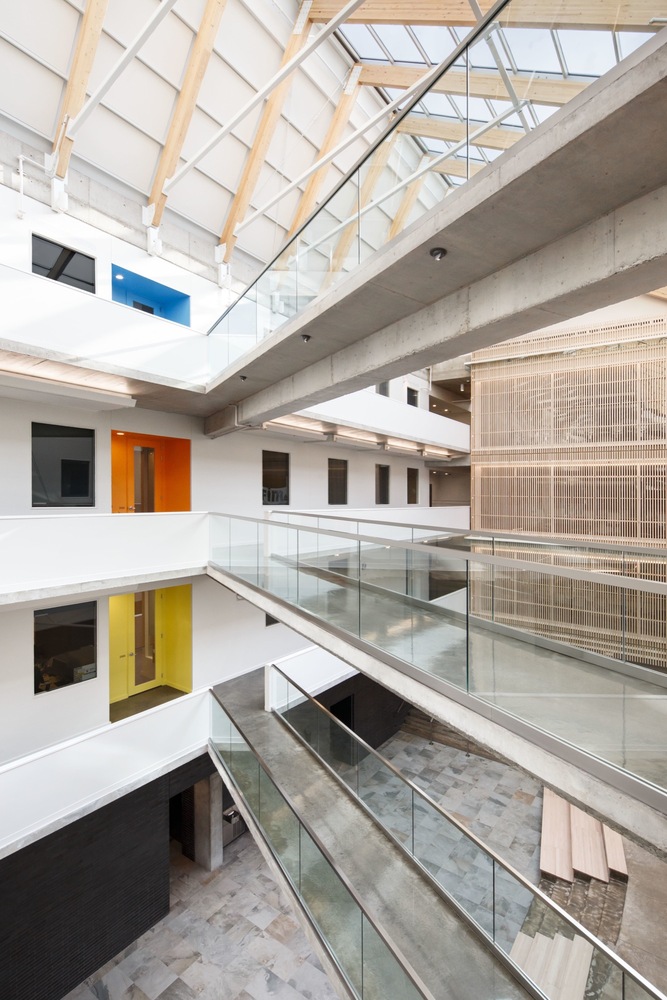 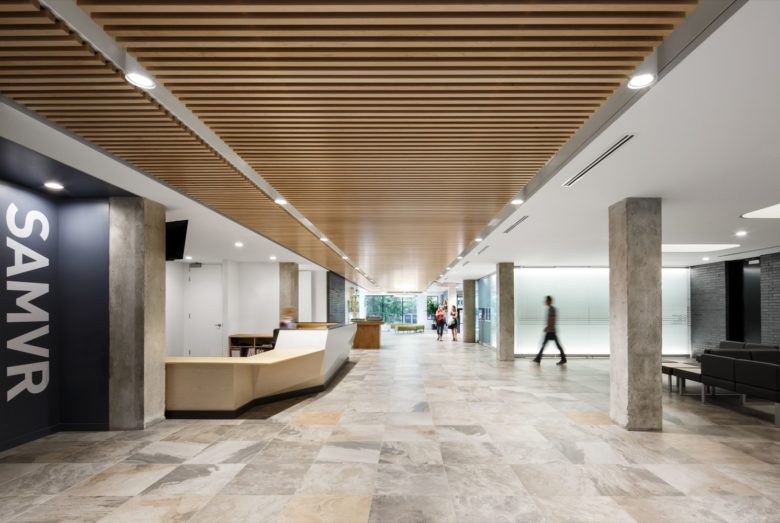 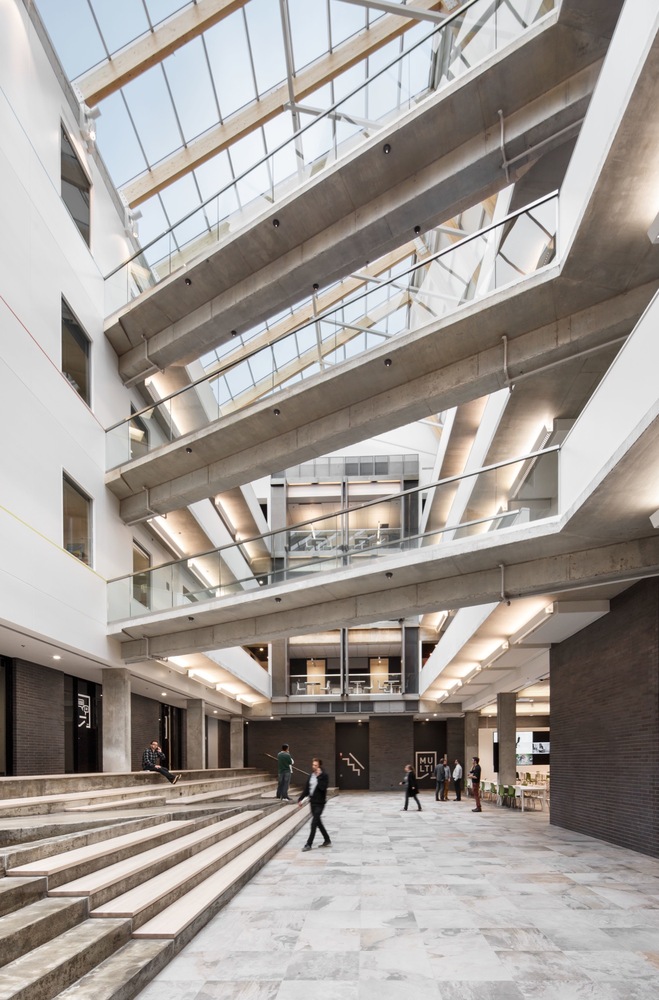 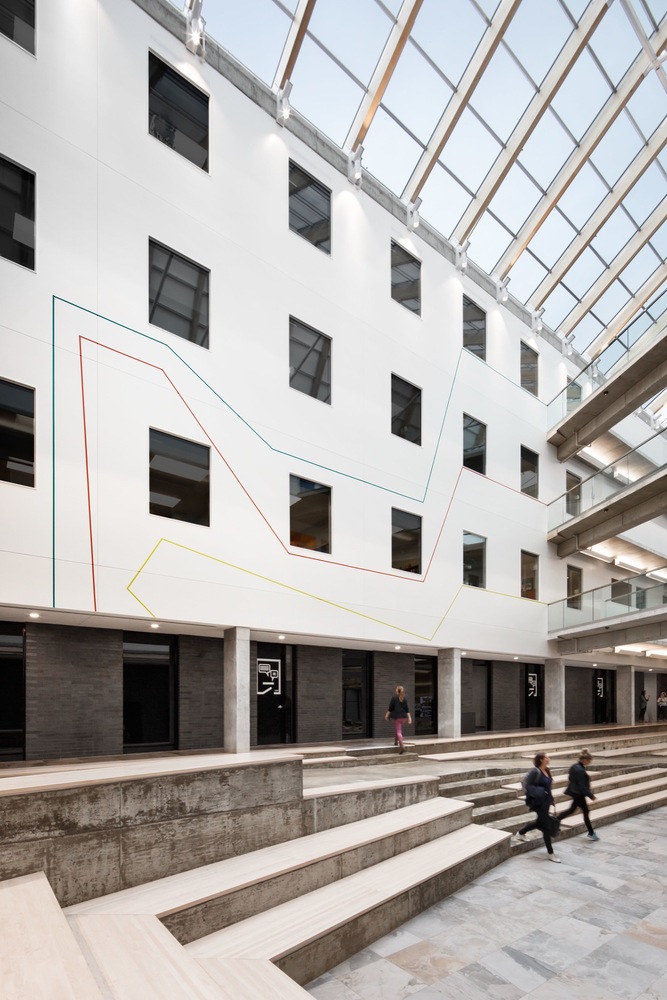 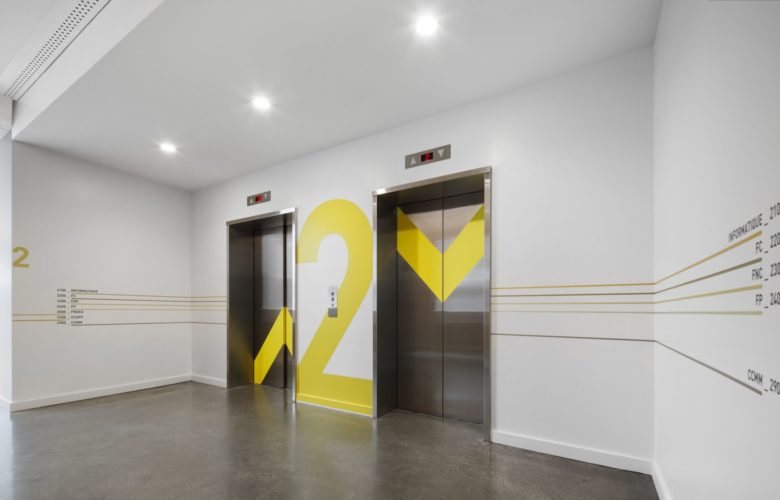 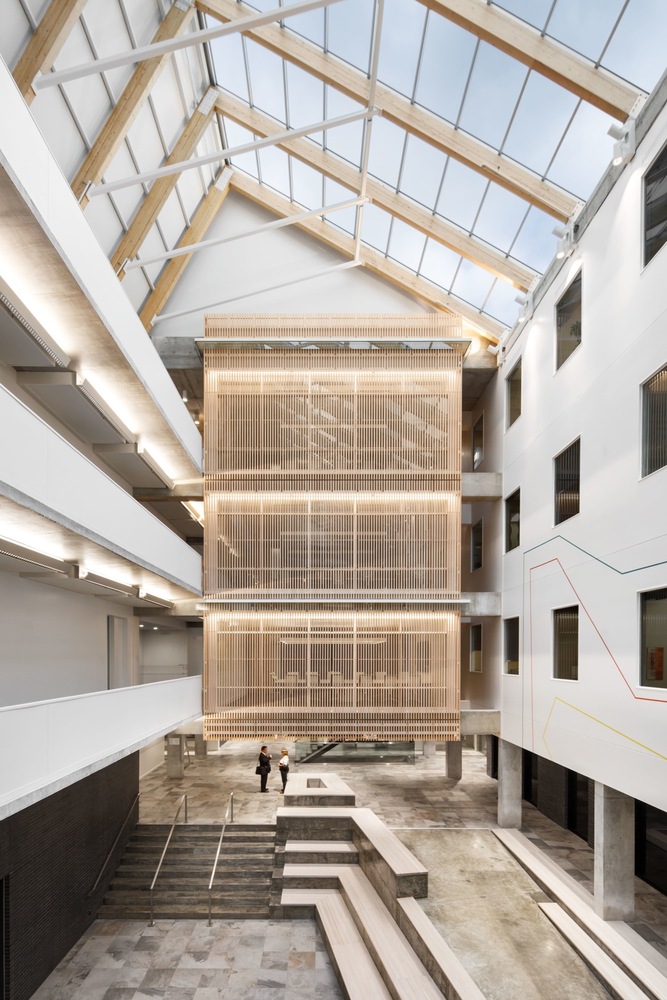 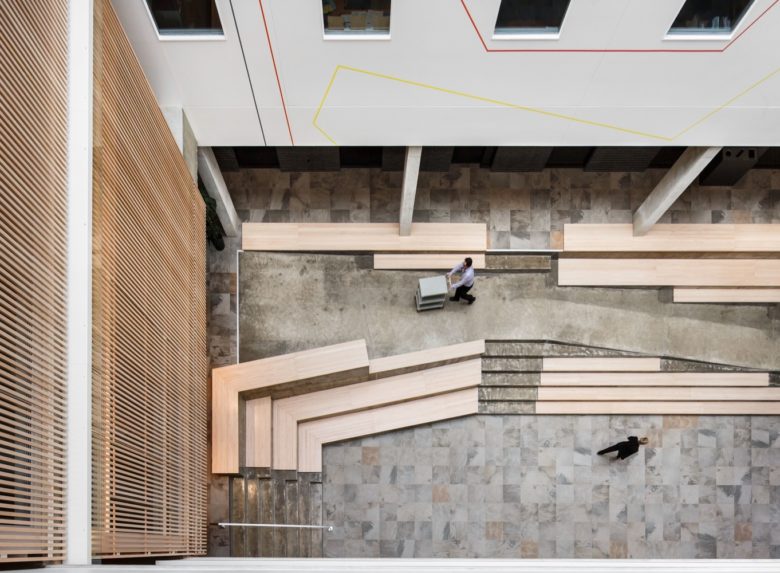 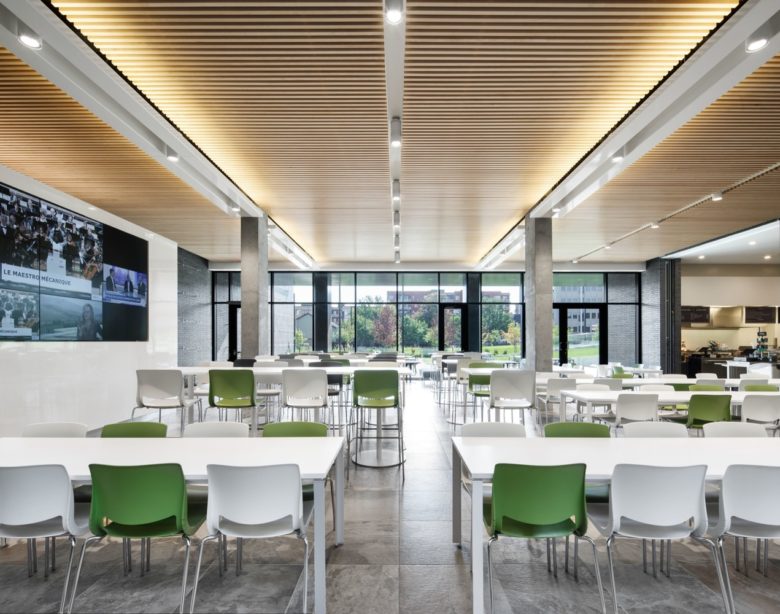 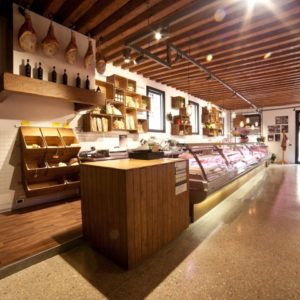 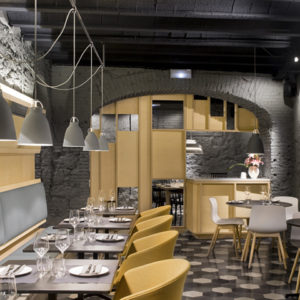 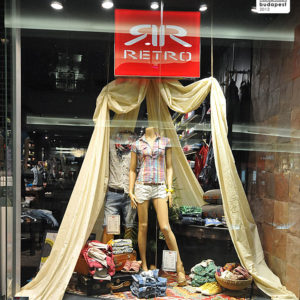 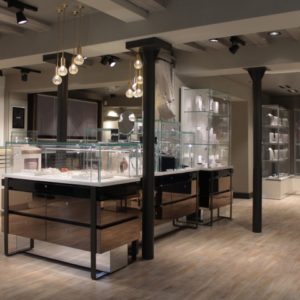