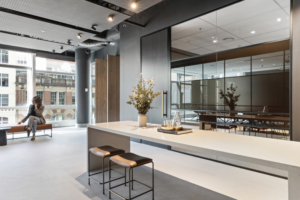 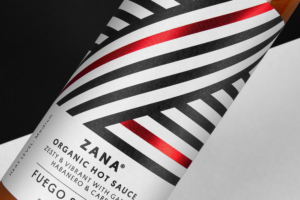 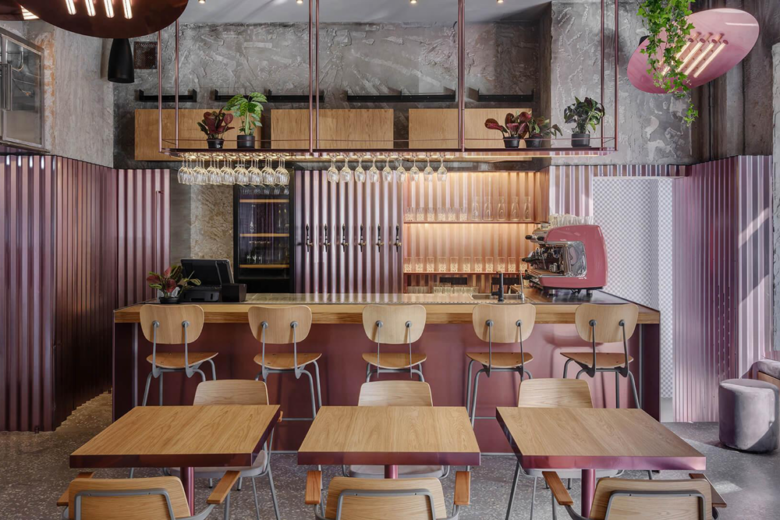 Not millennial pink. Not coral pink. Crosby Studio’s design for a new restaurant in Moscow puts pastrami pink on the radar for hues-to-watch. The eatery, suitably named Rare Pastrami Bar, offers up a gastronomic experience dedicated to the cured meat.

Before, the location had housed a spatially unimaginative French-style bistro. Upon moving in, the studio’s clients decided they wanted a space that could deviate from the norm. They briefed the team to create a unique restaurant with an aesthetic that would introduce something new – something bold – to the Russian capital’s dining world.

The 72-sq-m layout had already been divided into two halls by a bearing wall. In the dining area, Crosby Studios’ founder Harry Nuriev wanted to create sculptural volume. This is best achieved in one area that has seating atop concrete platforms and curved sanitary installations surfaced in battered white tiles.

Furniture designed by the studio was built from veneered MDF and polished metal and covered with a rosy varnish. Lighting fixtures overhead are Nuriev’s own as well, tilted metal discs lacquered in the same star shade of pink as the corrugated metal wall profiles. The sleekness of the furniture and fixtures are harmoniously offset by textured concrete walls and concrete floors with crumbled white marble.

Establishing design-centric spaces appears to be steadily more important to those opening restauarants, bars and the like in Moscow. A little under four kilometres away from Rare Pastrami Bar, a café called Bloom-n-Brew recently opened that’s design is inspired by the existing material palette of the city. The outcome, crisp, colour-blocked and modern, looks a bit like how an Off-White café-of-the-future would.

The similarity between the Bloom-n-Brew and Rare Pastrami Bar spaces is that they both mix elements of global design trend with local sensibility, boosting a level of desirability and pride in Moscow’s hospitality scene. How other Russian designers in the city respond to that call to action is something to look out for. 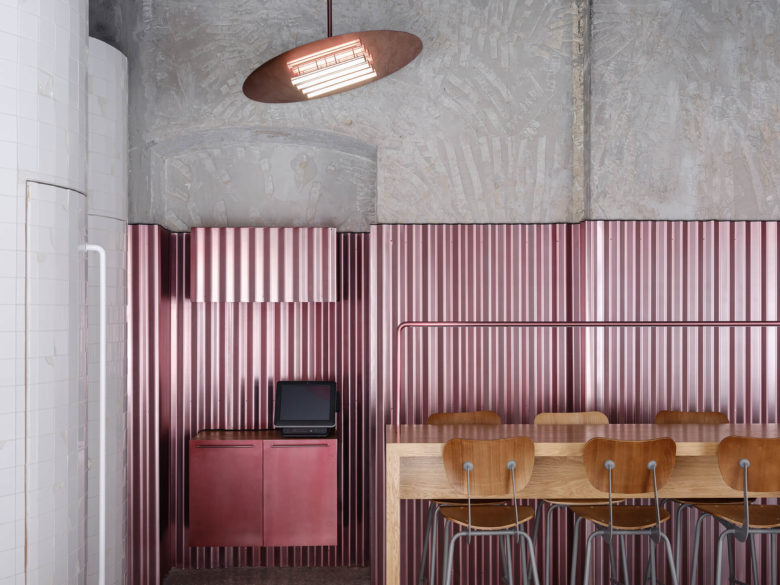 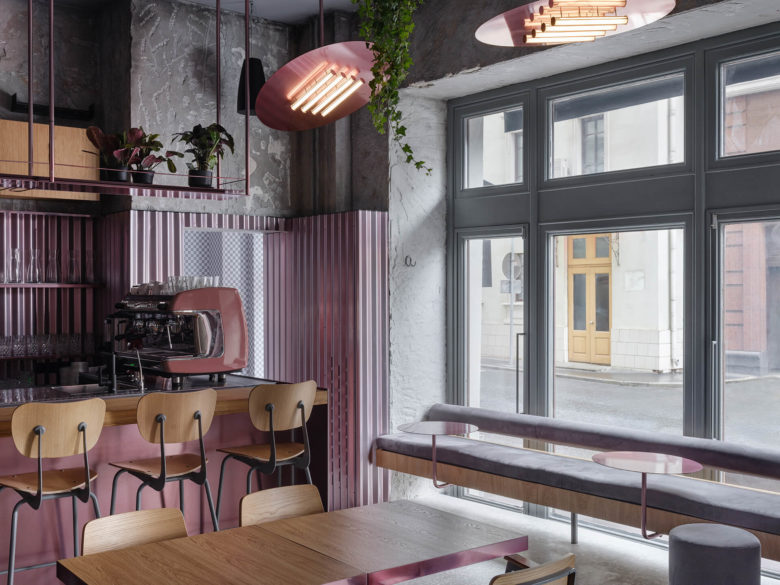 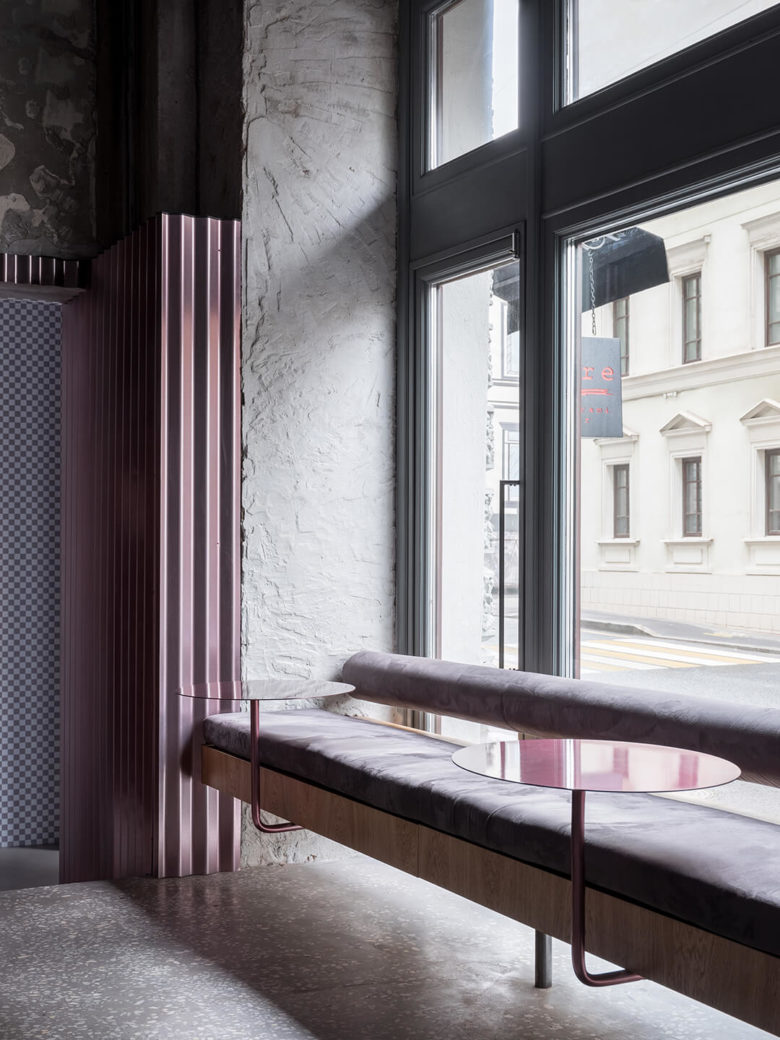 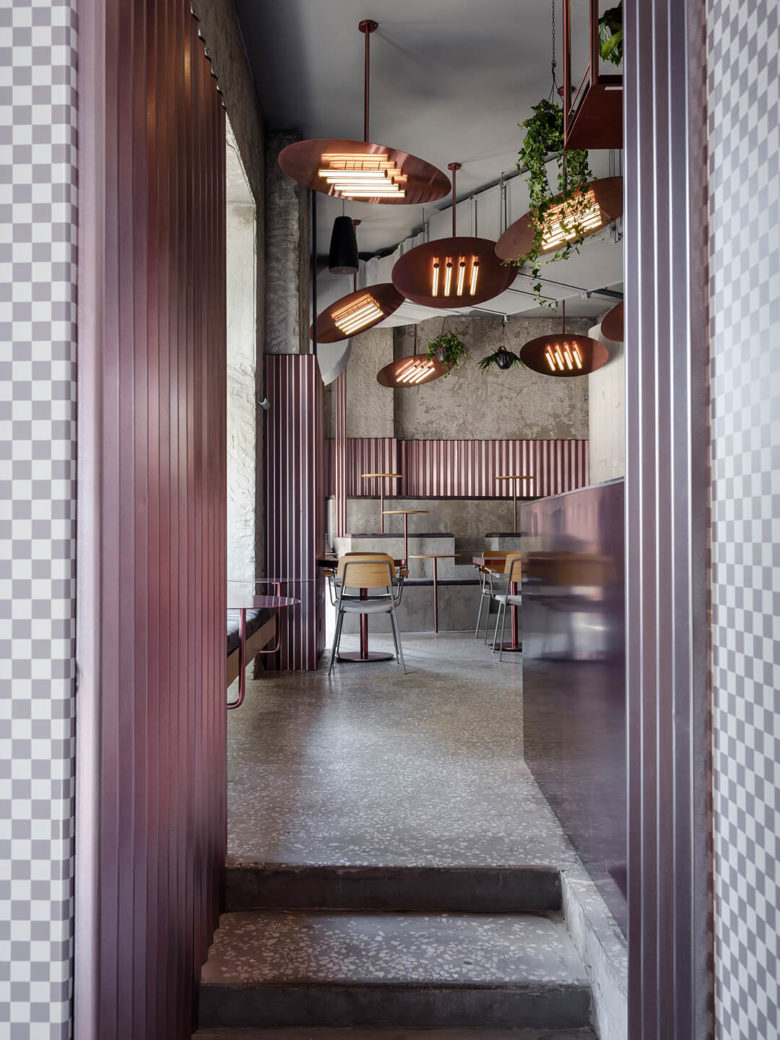 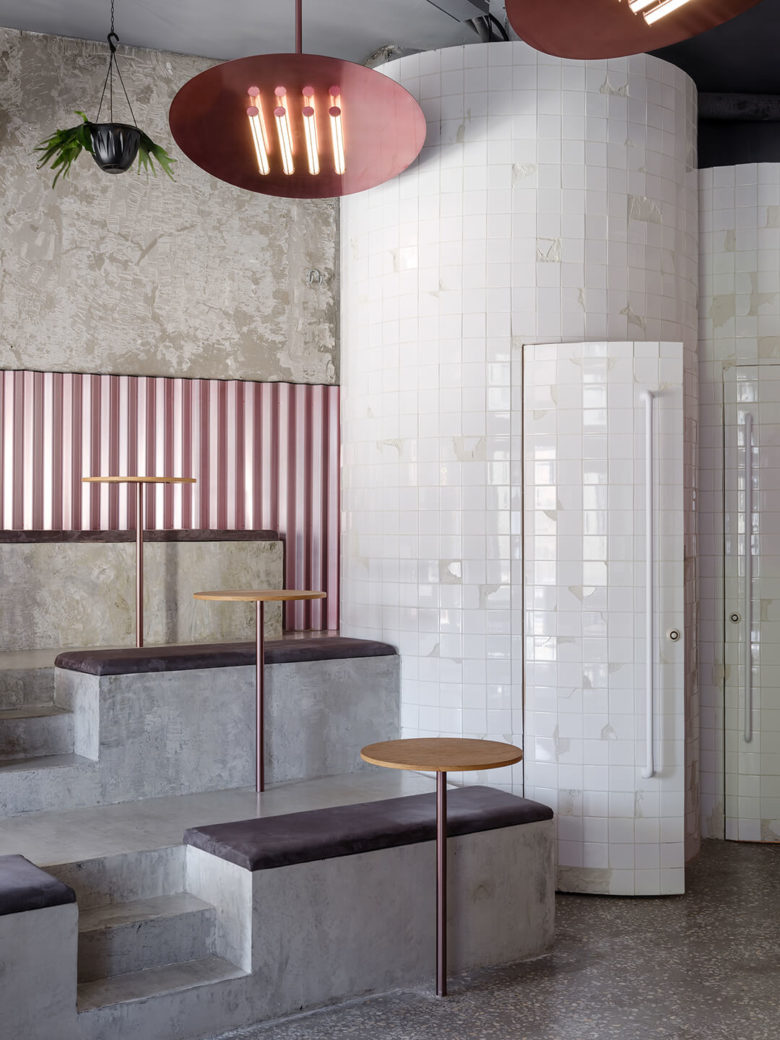 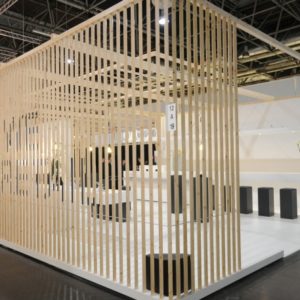 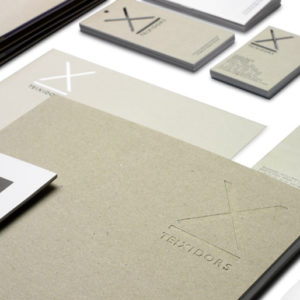 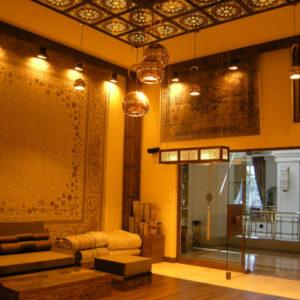 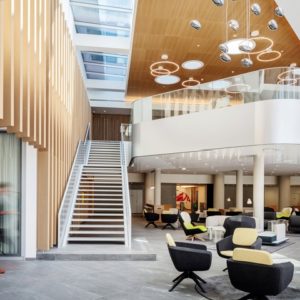