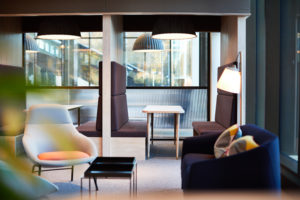 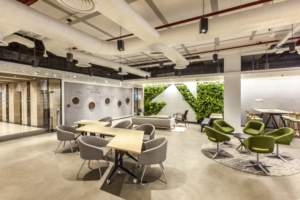 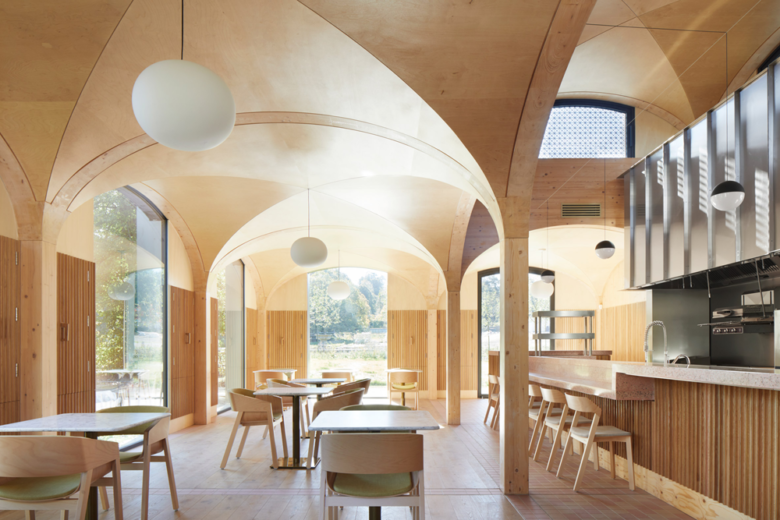 Morris + Company has wrapped a metal arcade around a vaulted timber restaurant pavilion at Wildernesse House, a retirement living scheme in Kent, England. Raised on a heavy masonry base to deal with its sloping site, the restaurant’s contemporary facade takes visual cues from the arched windows of the adjacent Grade II-listed main house.

The pavilion sits within a wider plan for the Pegasus Life development, incorporating a mews development also by designed Morris + Company, and a retrofit of the listed main house completed by Purcell. Wildernesse House’s restaurant brings these various elements together, borrowing ideas of transparency from a 19th-century glasshouse that once stood on the site to create an open, public space.

“Through its form, scale, appearance, materiality and detail, the building speaks of a more public programme. [This form] is driven not through a more wilful or painterly idealism, but one more functional, a result of the modularity of the offsite construction approach which the scheme followed.”

The restaurant was built using a modular construction based on a four-by-four-metre grid that is defined by columns, connected by arched sections and then topped with groin vaults. Cross-laminated timber was used to create the columns and arches, while the vaults were formed from plywood.

The central squares of this grid extend upwards to create a lantern that houses the open kitchen. It doubles as a passive ventilation stack with openable windows that sit behind perforated panels. Externally, this main form is clad with stained timber, and the whole is then encased in a metal structure of powder-coated aluminium.

Arranged on top of one another, the layering of these two skins splits the bays’ three segments: a strip in the centre of each is open to provide views into and out of the restaurant, and thinner strips either side are covered with perforated metal to provide natural ventilation.

To the south, the restaurant opens onto an outdoor seating area overlooking an adjacent apple orchard, creating an external space that leads into the courtyard of the main house. “All of the building elements are connected to the landscape, with flush thresholds and large format windows, which continue to enshrine a sense of place,” said Morris.

Machined, fluted timber panels continue the structure’s visual language internally along a low datum and alongside doors. Patterned floor tiles and a concrete worktop create a play between hard and soft finishes, referencing both the solidity of the main house and the delicacy of the former glasshouse. 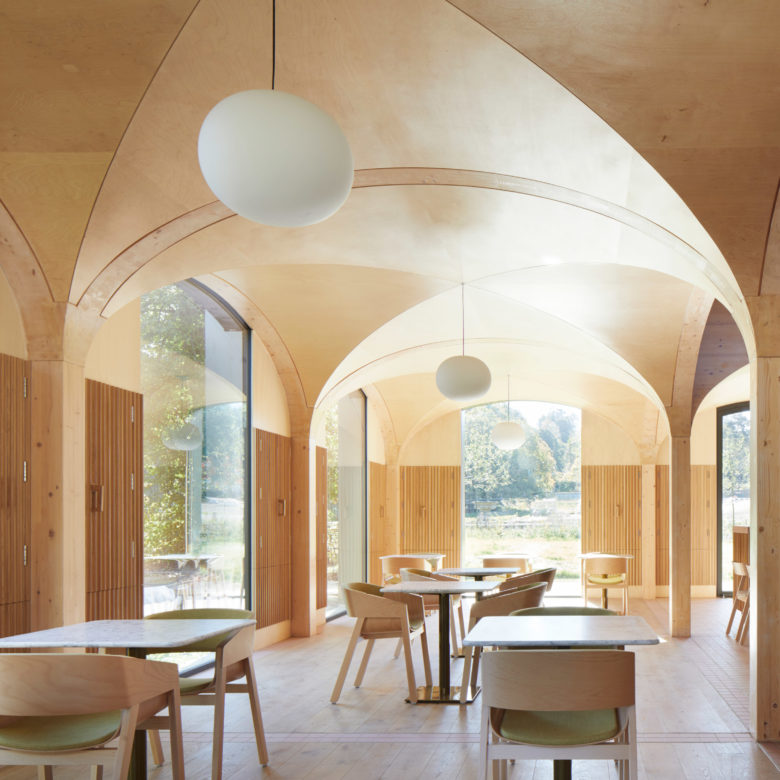 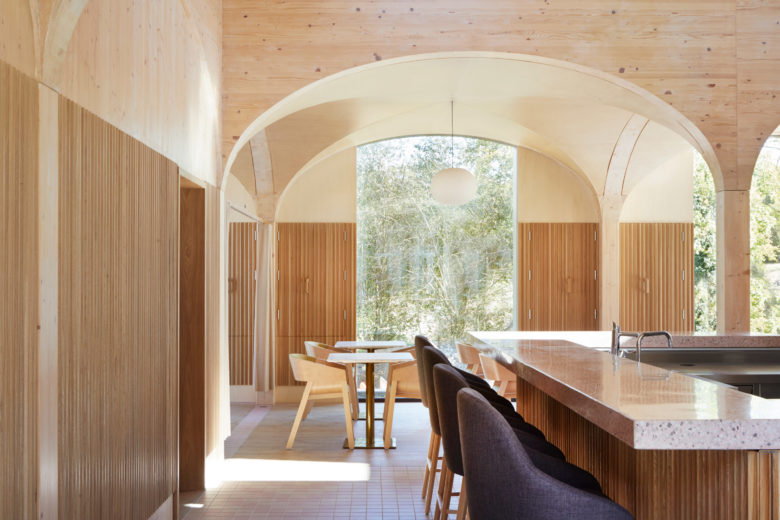 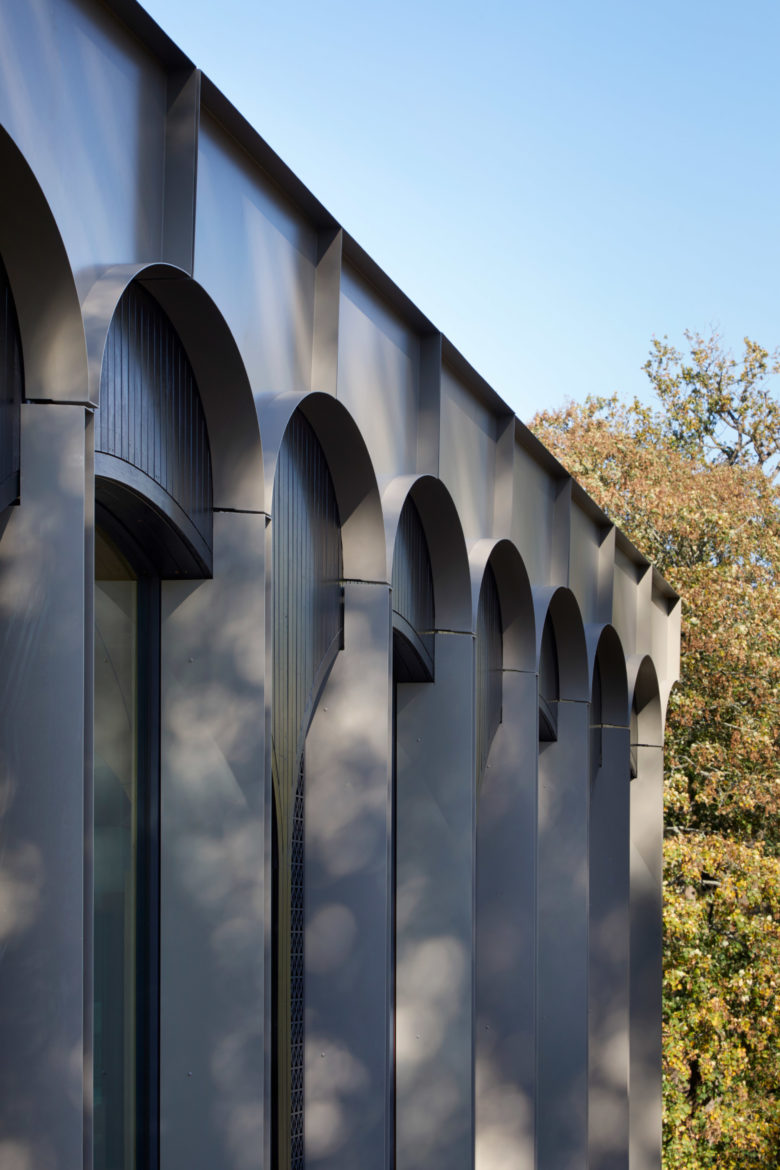 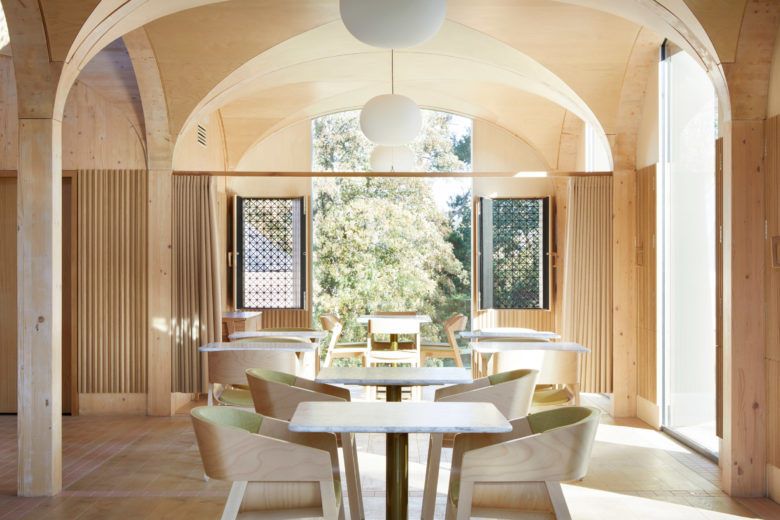 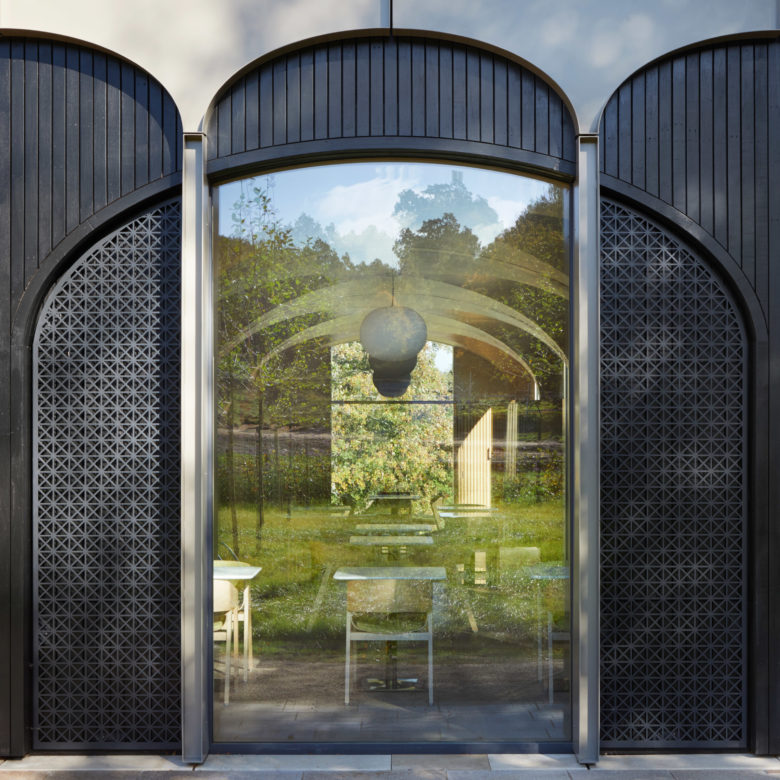 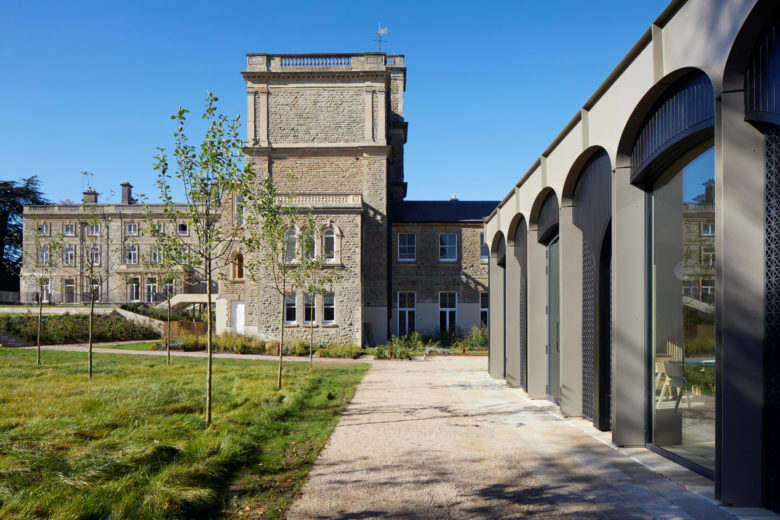 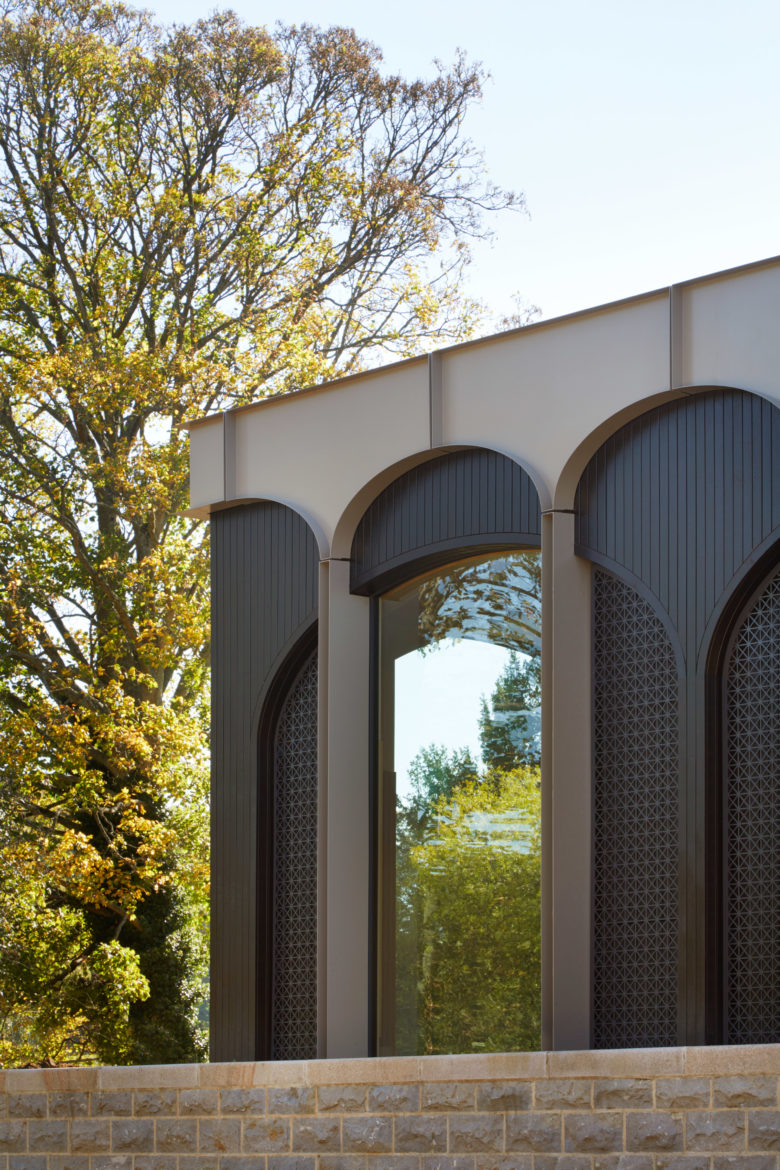 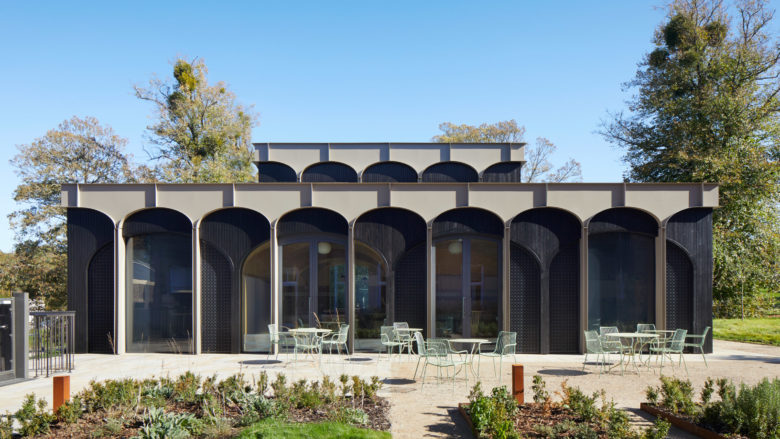 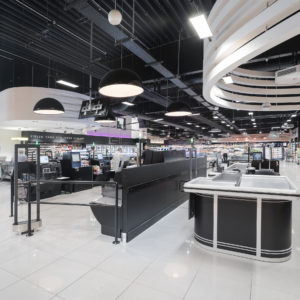 Elegant, individual and impressive, the new Duisburg Edeka Paschmann is anything but an off the shelf design. by Althoff 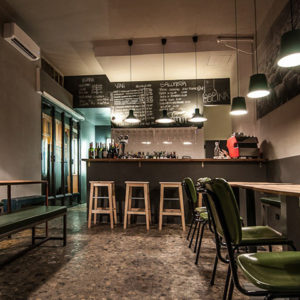