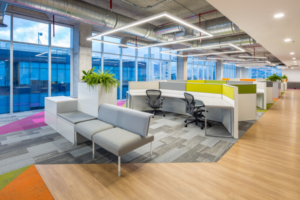 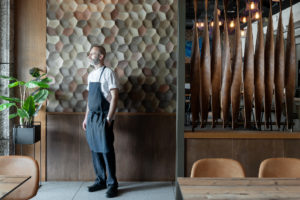 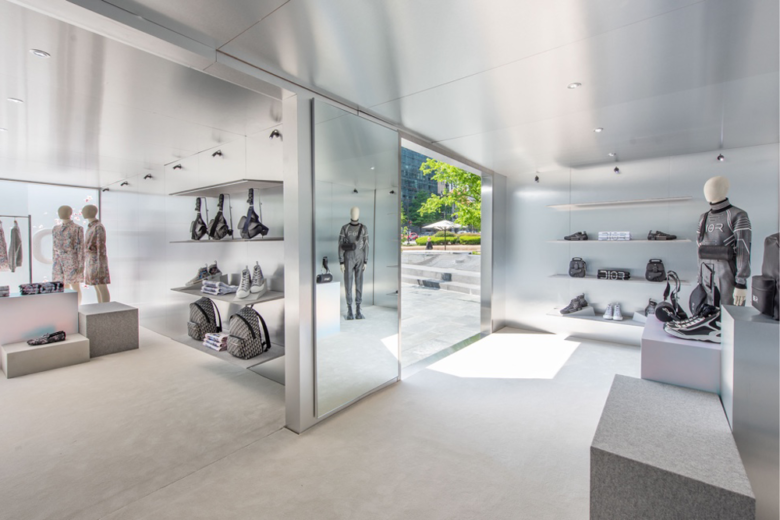 Dior is on a roll, and we’re talking specifically the luxury brand’s men’s line. Following the much-publicized presentation of its Japan-inspired S/S 2019 Collection in Tokyo, the momentum continued with the recent launch of a special capsule collection, and now, the opening of a travelling pop-up store at Washington D.C.‘s plush CityCenterDC. The first of a series that’ll emerge at leading shopping malls, the pop-up is designed as two connected standalone metal pods, featuring a sleek and slightly futuristic interior with mirrors and chrome details that mimic not only the android sheen of the collection’s materials and colours, but also the female robot figurine by Japanese artist Hajime Sorayama.

The latter served as a major inspiration source, and a giant version adorned the aforementioned runway show in Tokyo. And speaking of which, a smaller version of the robot will be displayed on a special pedestal next to the pop-up store. The Dior product assortment includes a range of ready-to-wear pieces and accessories from its Pre-Fall 2019 men’s collection that feature Sorayama’s artwork of his signature feminine robots alongside Japanese-inspired cherry blossom (open through May 6). Mind you, the Dior men’s pop-up store has additional stopovers at the Holt Renfrew boutique in Toronto‘s Yorkdale area (May 1-31) and South Coast Plaza in Los Angeles (May 14-18). 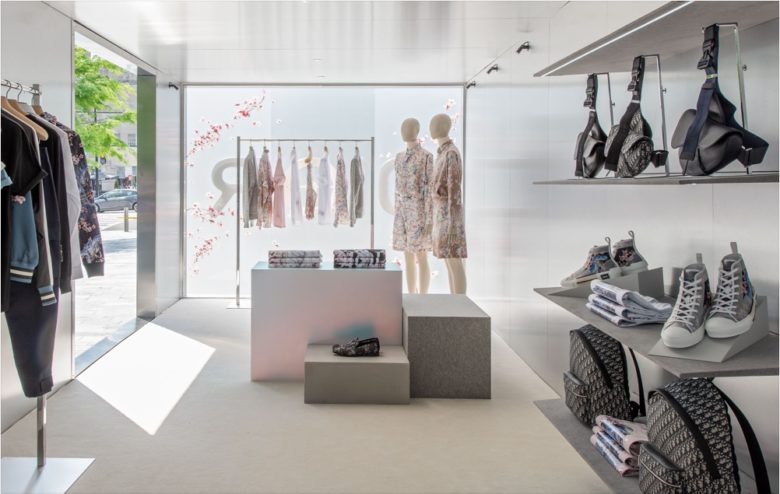 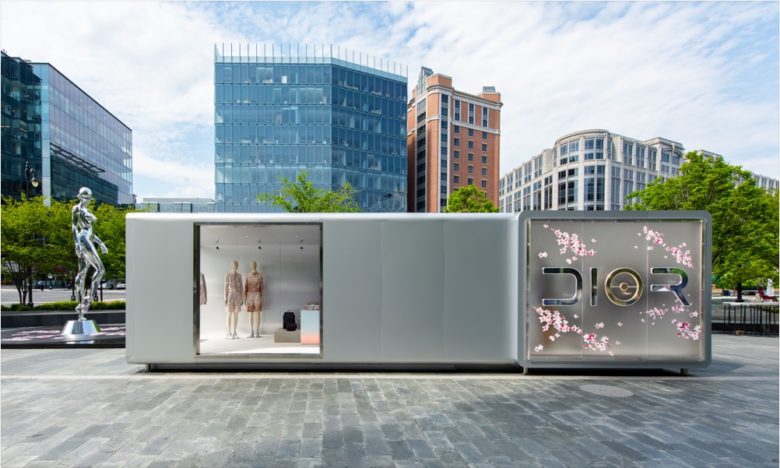 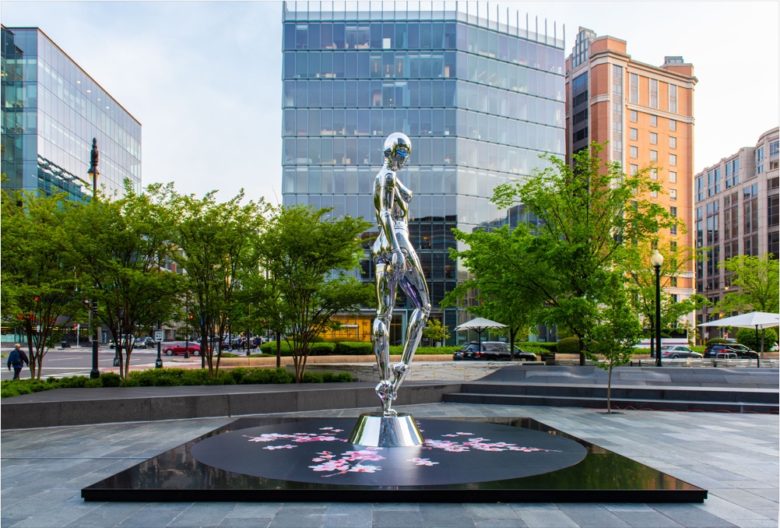 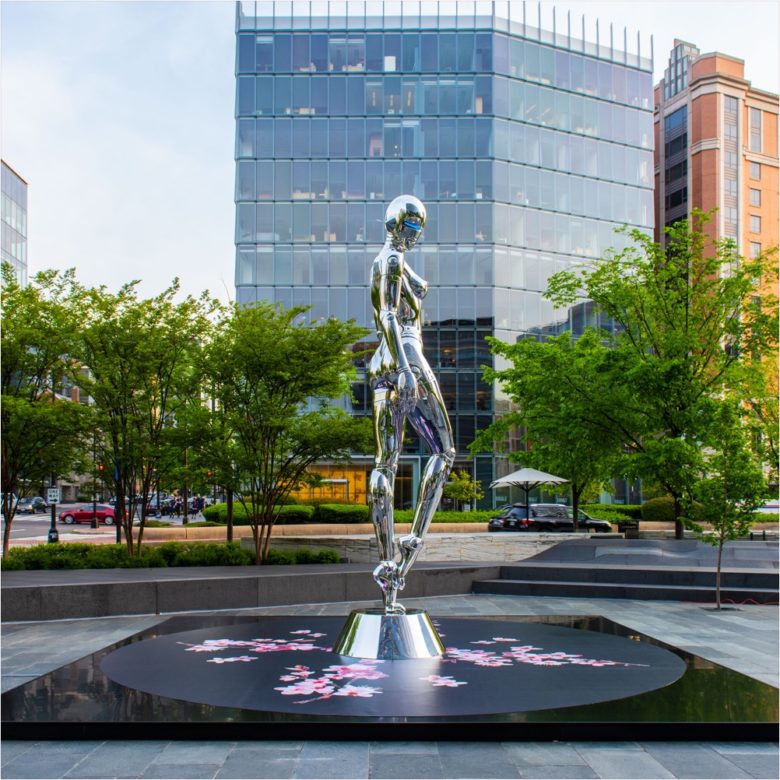 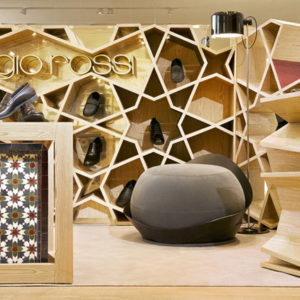 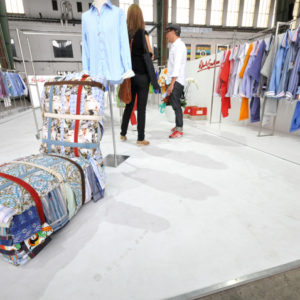 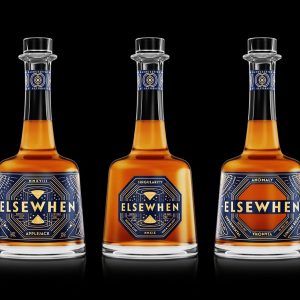 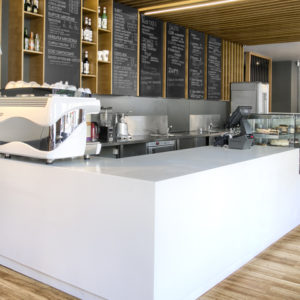