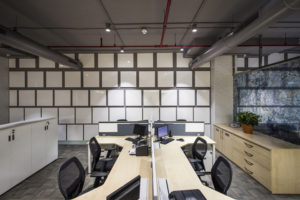 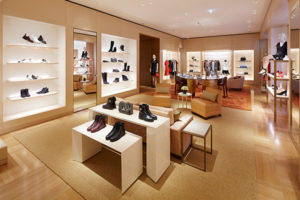 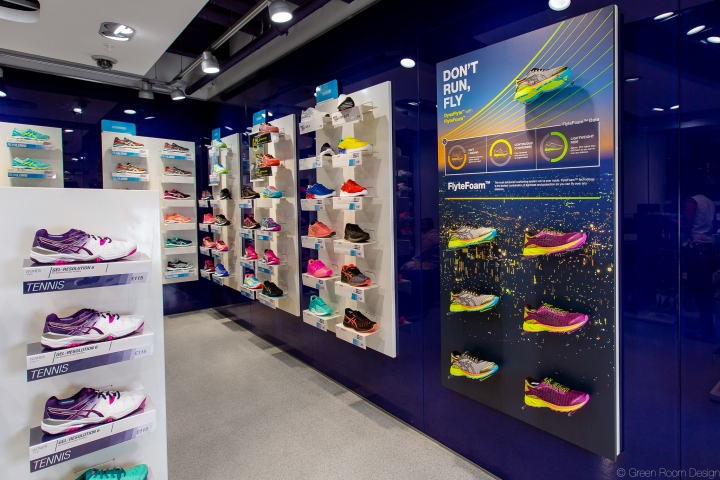 “To inspire customers to imagine that this running shoe makes them run faster; to make them feel like they could fly”. Bring the campaign to life at retail was the brief given to the Green Room Amsterdam Studio for the global launch of ASICS DynaFlyte™ with new FlyteFoam™ technology. It took the ASICS Institute of Sports Science, Kobe, Japan three years and 300 individual prototypes to engineer FlyteFoam™, their lightest, most advanced, most responsive cushioning system ever – approximately 55% lighter than the industry standard (EVA). It’s a great story of research and development endeavour and success that needed to be told throughout the customer journey and at retail. The retail campaign starts with an emotive story of inspiration through the feeling of flight and freedom that the shoe offers. This feeling is conveyed via a bespoke hero illustration depicting the night sky over a city, from the perspective of a person in flight. To establish the connection between flight and the shoe, the visual merchandise is tethered down by ropes to stop it flying upwards. The platforms are lit with LEDs and layered to maximise on-street impact and inspirational retail theatre. The story rapidly unfolds through the secondary windows, in-store and online, where the shoe is seen projecting itself through a take-off trajectory. The supporting graphics are inspired by the technical physics of flight, with coloured airflow patterns around the flying shoe that highlight features and benefits. Barbara Bouwmeester, Trade Marketing Manager from ASICS Europe B.V. comments, “Green Room Design’s detailed consideration of the customer’s journey has helped create a strong and effective collection of campaign collateral that we are excited to be rolling out globally”. The consumer is quickly offered a deeper level of understanding of the tangible features and benefits of the shoe that runners will experience. This is communicated through the ‘FlyteFoam™ data panel’ which delivers the benefits of the shoe mid-flight – speed, cushioning and comfort. To maintain campaign consistency throughout the many retail channels involved in the global roll-out, toolkits have been created in conjunction with Green Room’s production and development teams to ensure the consistent and premium feel of all executions. 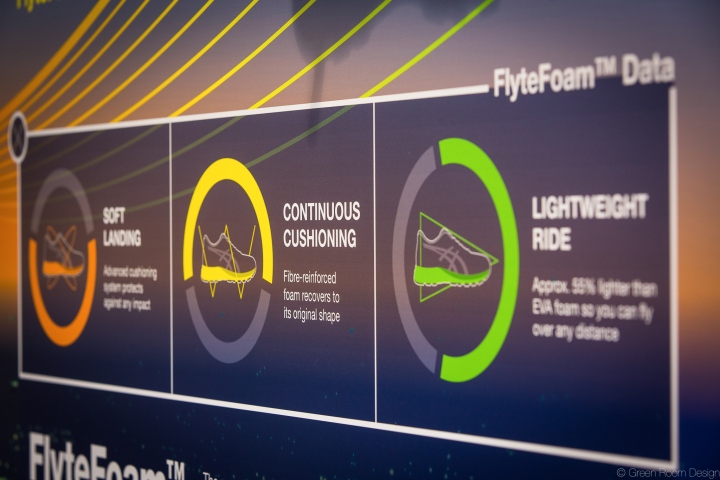 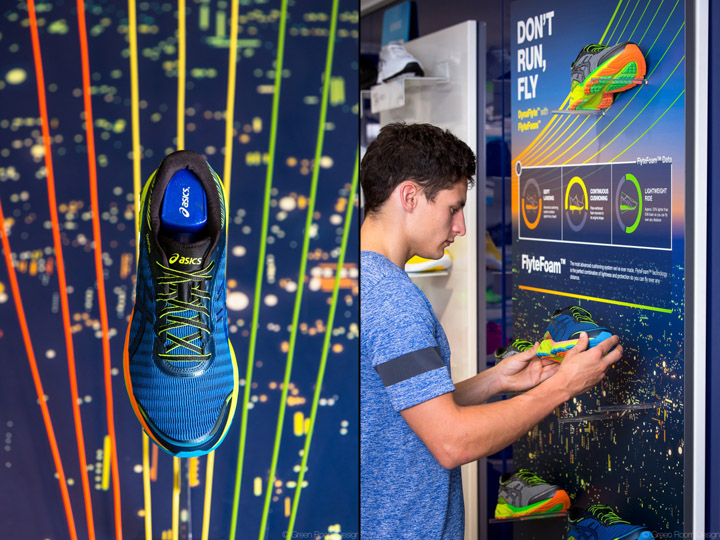 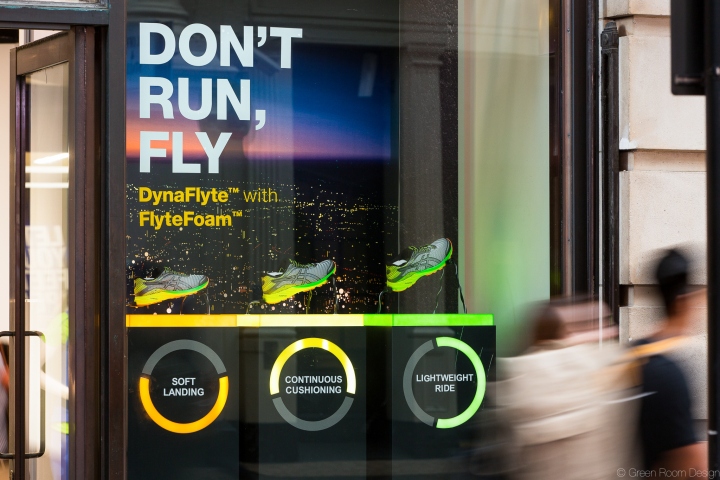 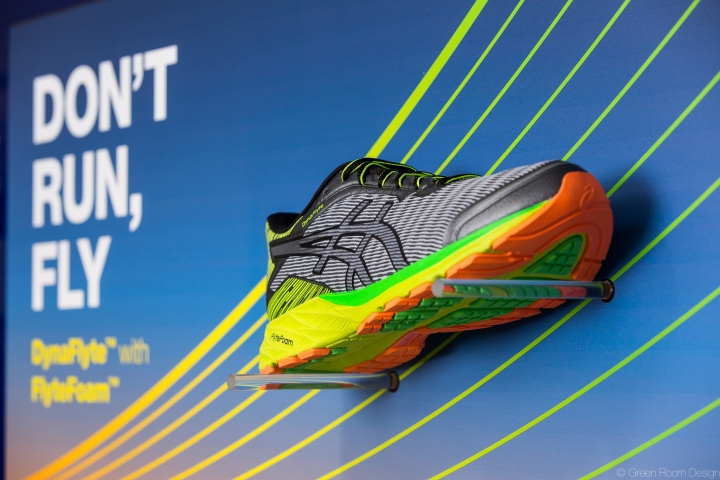 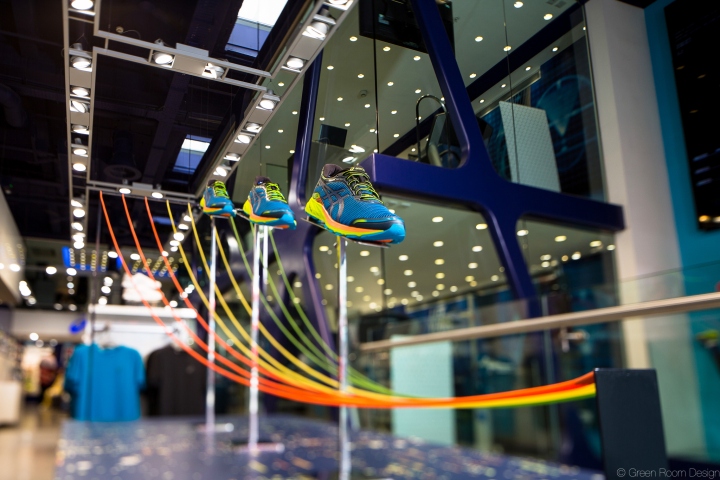 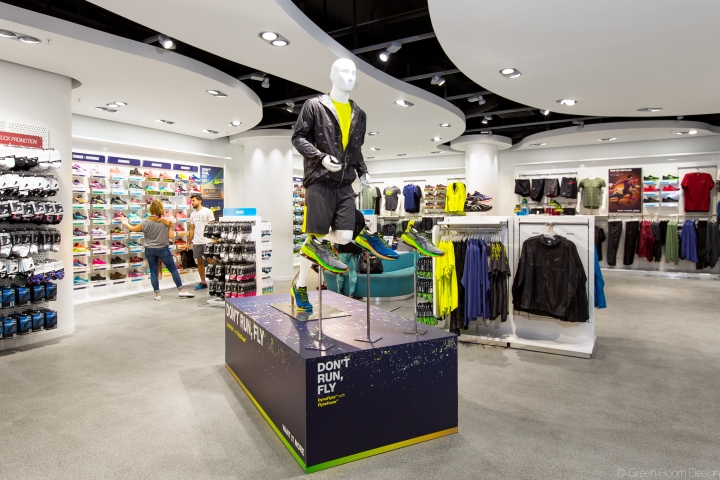 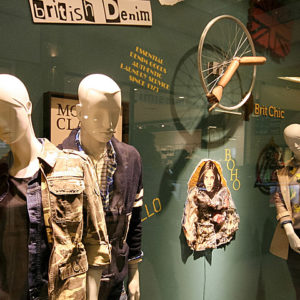 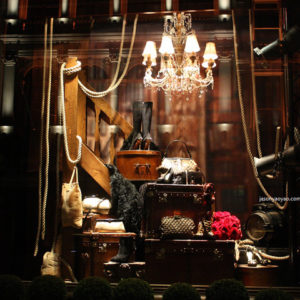 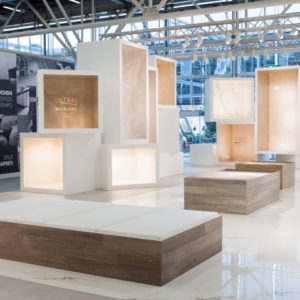 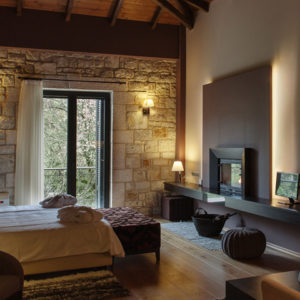