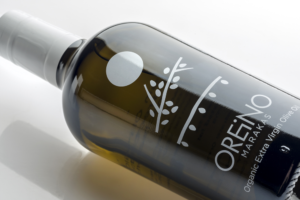 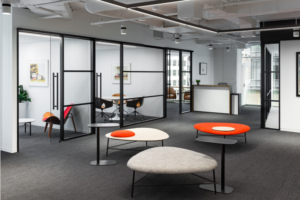 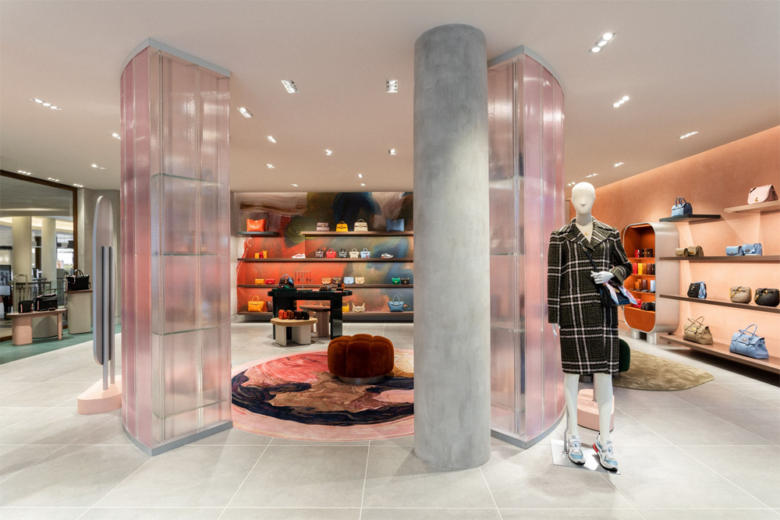 Since Spanish-born Johnny Coca joined as creative director in 2015, Mulberry has been on a roll, regaining a foothold within the ranks of leading luxury brands. But along with a new and updated range of bag designs and leather goods, the British brand has revamped the redesign of its retail spaces, kicking off with last year’s opening of a high-profile London flagship store on Regent Street. The interior design, a collab between Coca and London-based interior designer Faye Toogood, reflects the brand’s new creative trajectory, and is serves as a blueprint for its retail spaces. Unsurprisingly, the newly opened Mulberry store in Oslo is awash with design references of the previously opened flagship in the British capital. Although occupying a ground floor unit at upscale department store Steen & Strøm, it has its very own entrance, and sees a circular semi-concealed space demarcated by curved opaque glass and custom carpets at its core. The setting is flanked on two sides by colour-infused walls with wooden shelving. Furnishings comprise of a set of robust wooden displays with rounded corners, a matching cabinet and an ottoman. The new Mulberry store carries the brand’s range of women’s bags, small leather goods and select apparel pieces. 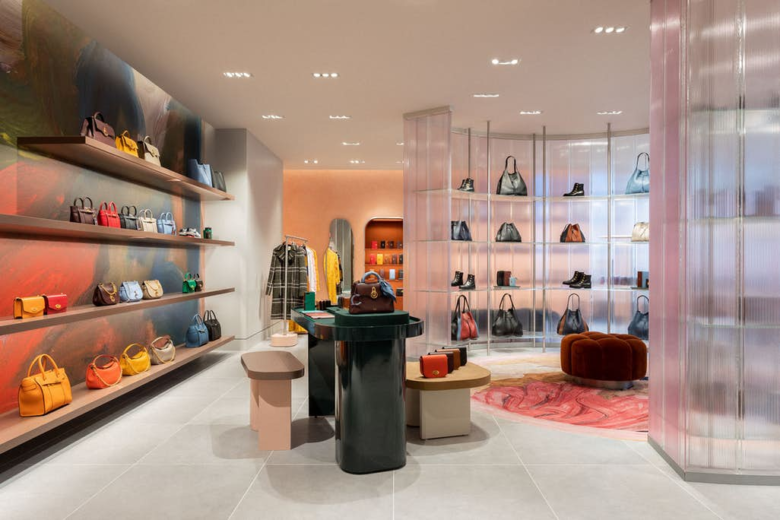 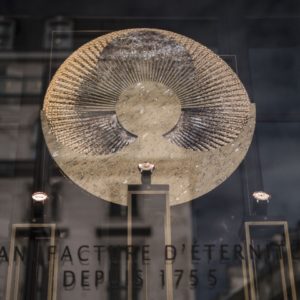 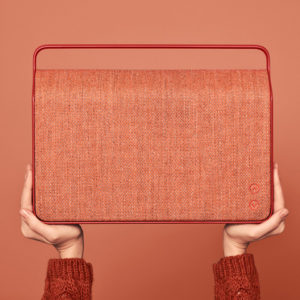 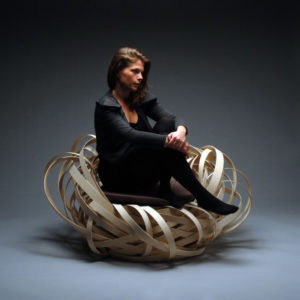 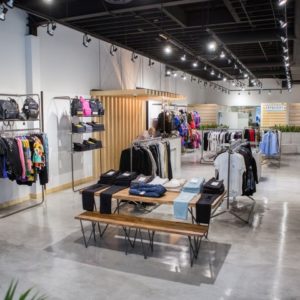