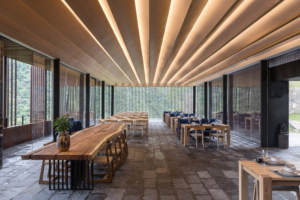 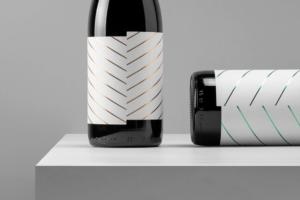 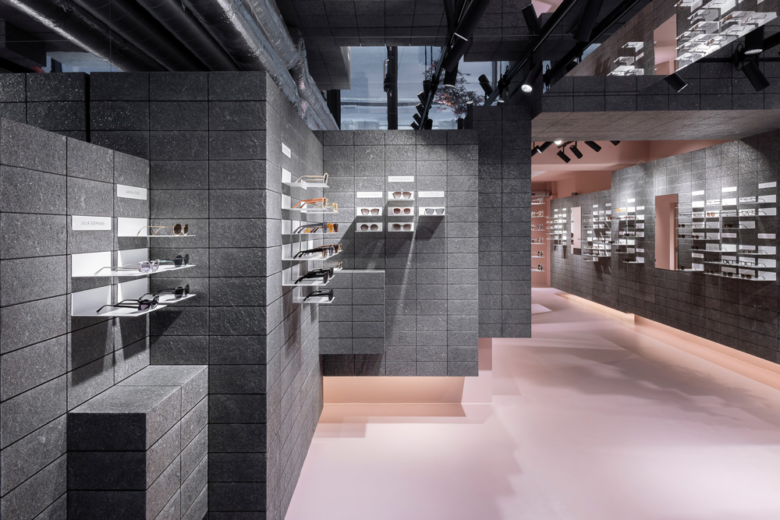 Following the opening of its first boutique at home base Zurich in 2014, Viu has rapidly expanded its retail operations in Switzerland and abroad. Initially targeting Germany with a number of outposts in major cities, soon after the eyewear brand has planted flags in Vienna, Copenhagen, Stockholm, and now also in Europe’s leading shopping mecca London. The company picked a location in Soho, one of the city’s most popular shopping zones, where it occupies an 850 sq.ft. (80 sqm.) ground floor space, featuring an interior design by Viu‘s creative director Fabrice Aeberhard. As in any Viu store, its signature display walls take centre stage, and here, it’s captured by dark anthracite stone which covers two opposite walls.

The display walls are designed as such that they’re seemingly floating, and being backlit at the bottom, it optically enlarges the space. Interestingly, slabs of mirror not only cover certain wall sections, but also the entire ceiling and adds another spatial effect. The austerity of the stone walls is counterbalanced by soft pink concrete flooring and a back wall in the same hue. Furnishings are sparse, comprising merely of a chunky desk and stools by the window and a similar setting at the far end of the store. The new Viu store carries the brand’s full range of sunglasses and frames for prescription glasses. 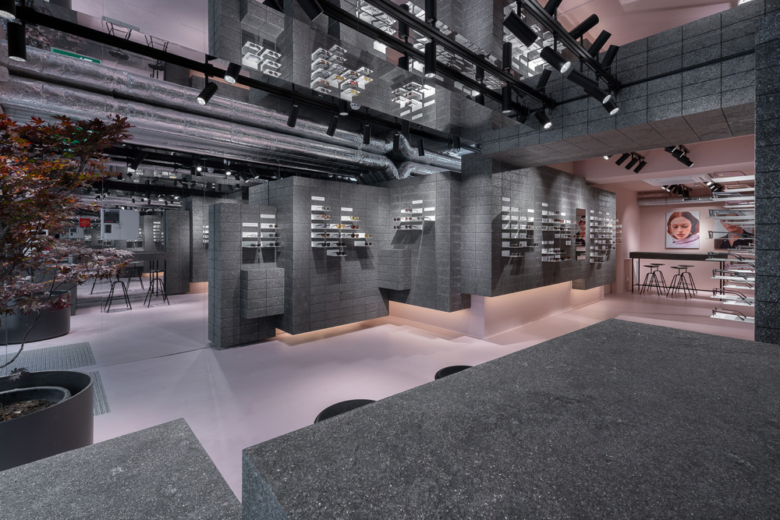 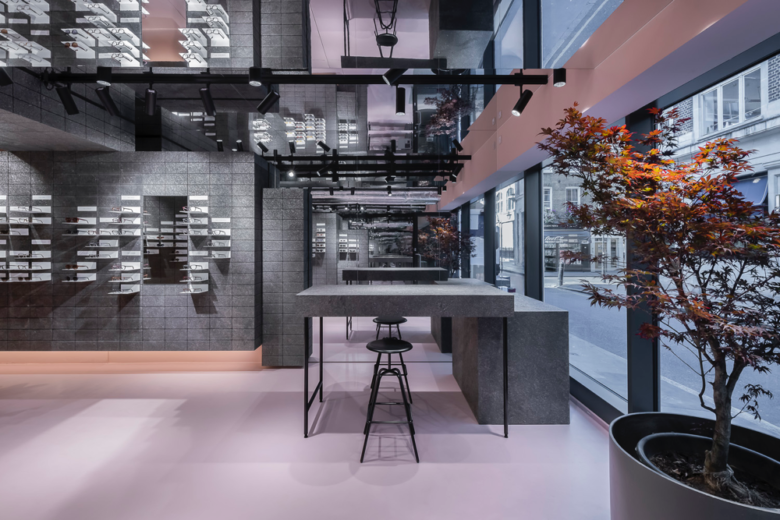 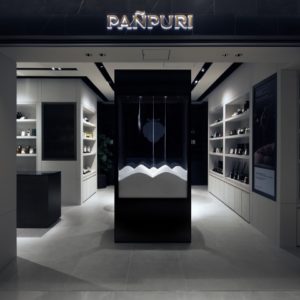 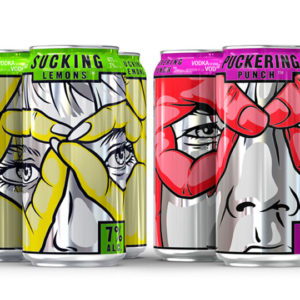 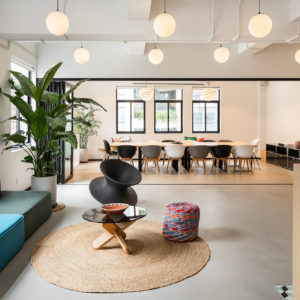 FUTURE INVESTMENT THROUGH DESIGN AND COLOUR by hcreates 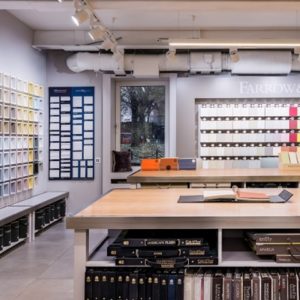