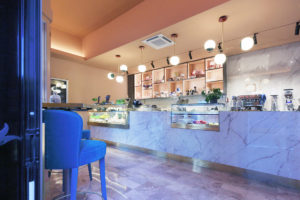 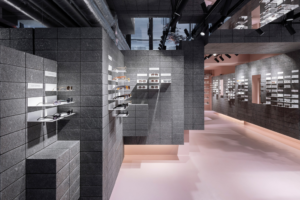 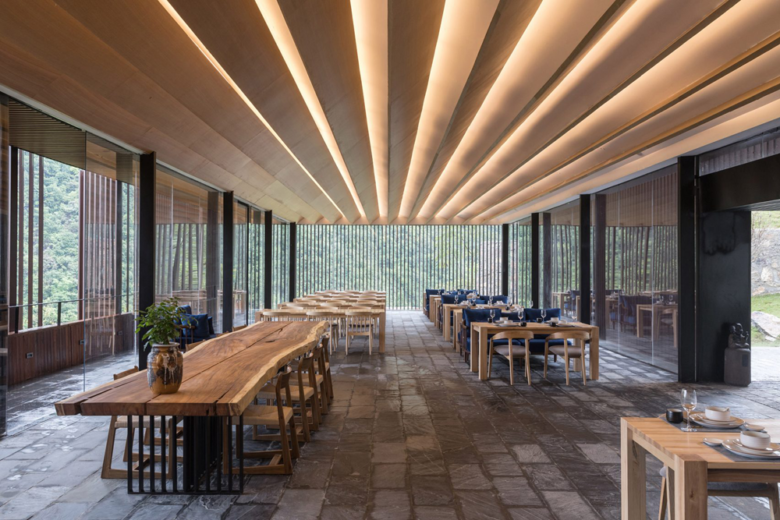 Mountain Bar and Restaurant in Guizhou Province, China by ZJJZ Atelier has sliding glass doors and a screen of wooden louvres that can be folded back. The restaurant occupies a sloping site next to a bamboo forest. The bar sits at at ground level and the restaurant is further up, dug into the hillside to maximise its views out to its surroundings.

A glazed corridor links the concrete base of the bar with the lower restaurant space, doubling as a reception area. It leads visitors directly into the dining spaces or up a spiral staircase to the bar above. Both the bar and restaurant have been built using a double skin of glass and wood, allowing the interior condition to be changed depending on the weather.

“The facade of the restaurant is a combination of glass and vertical louvres, introducing soft natural light into the space while retaining a sense of being immersed in the mountain scene,” said the studio. In cooler seasons, the space between these two layers can be closed to create an internal corridor.

In warmer periods the inner glass skin can be opened and the wooden louvres folded back, providing an uninhibited connection with the landscape. “When opened, the spaces embrace the lofty mountains and the mist, endowing the dining environment with different atmospheres according to the climate and season,” explained the studio.

Facing out to the valley, a series of openable louvre doors lead from the bar out on to a bonfire space and terrace. Mountain Bar and Restaurant’s simple interiors have been given paved stone floors, creating a further sense of continuity with the exterior spaces.

Angled wooden ceiling panels conceal warm, diffuse lighting. The restaurant and bar was constructed in just six months to attract tourism to the area and catalyse further development. “During our time here, we have seen local villagers and returnees from the city join the construction team and later become users and operators of the facilities they built,” said the studio. 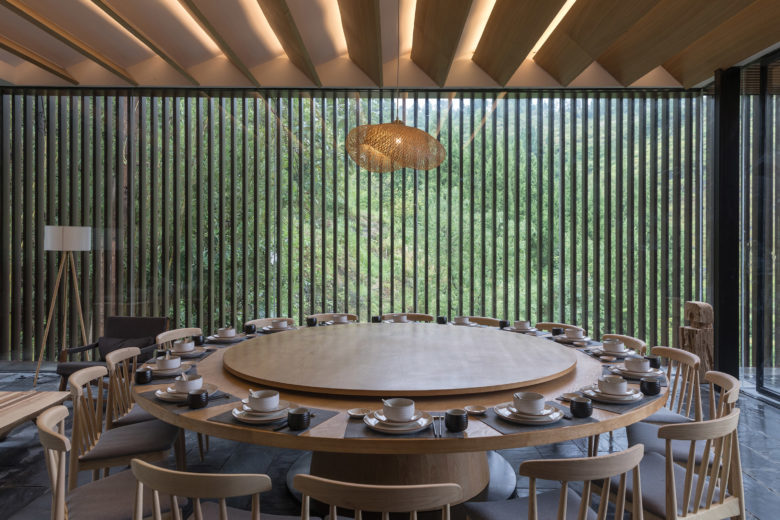 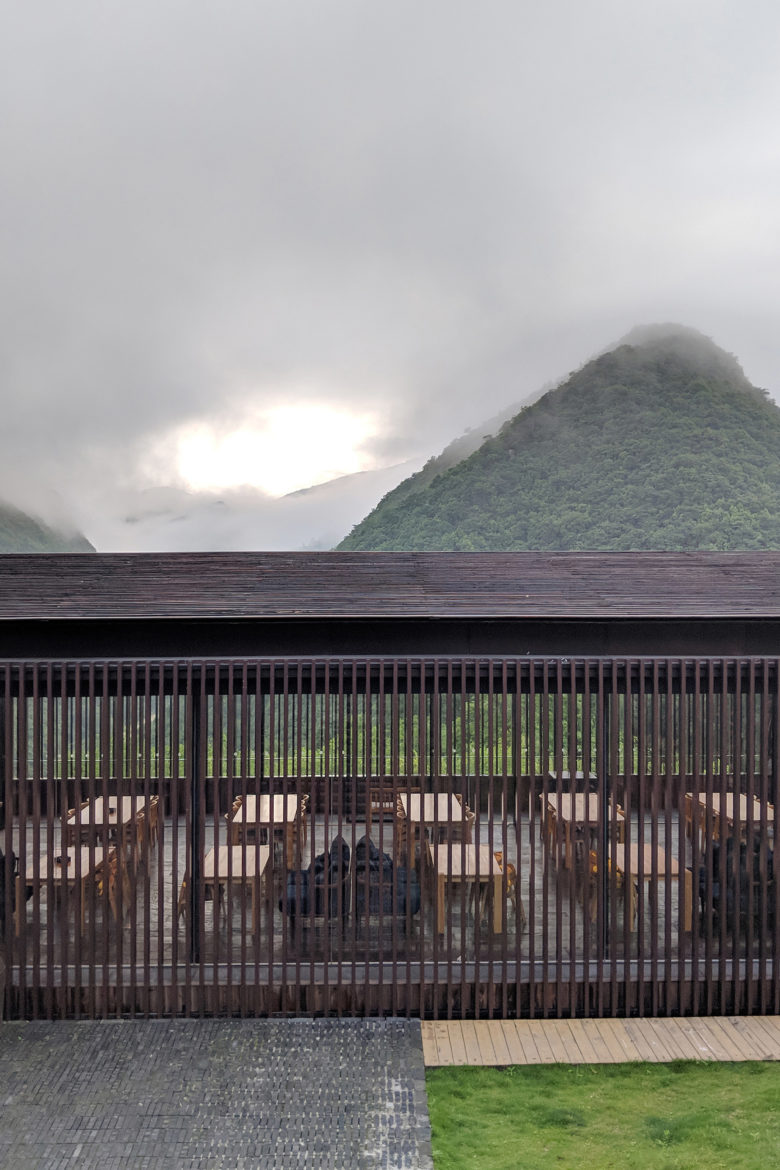 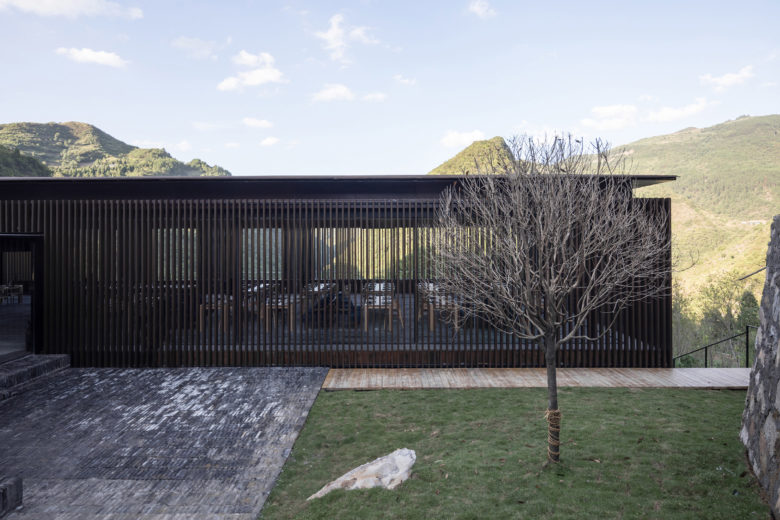 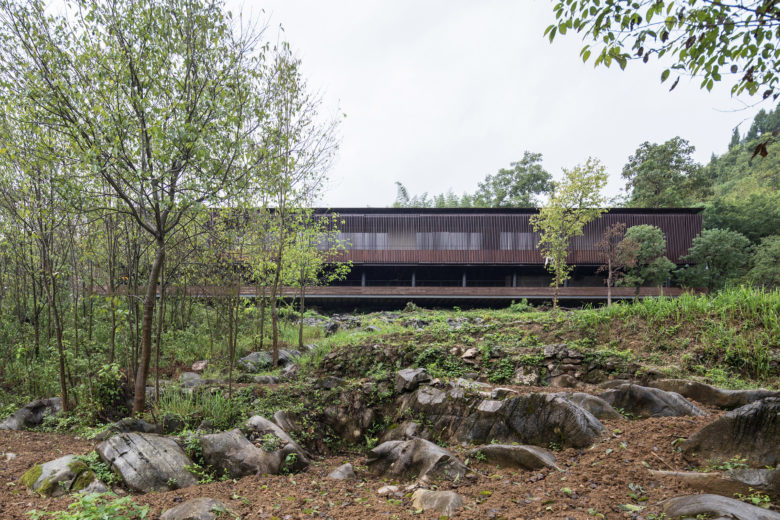 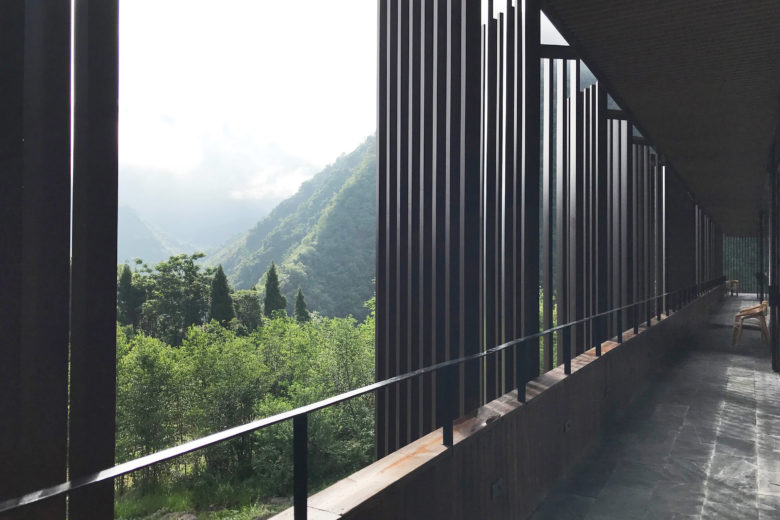 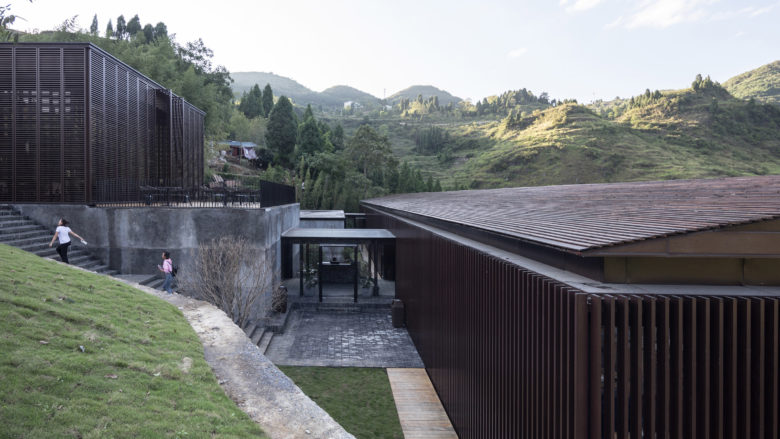 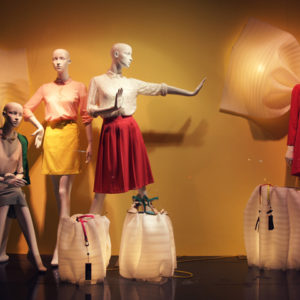 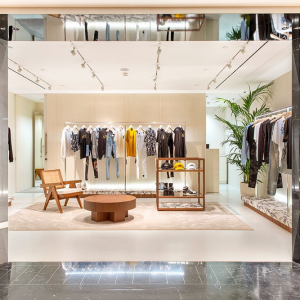 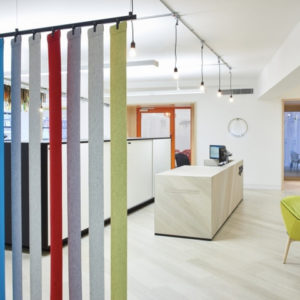 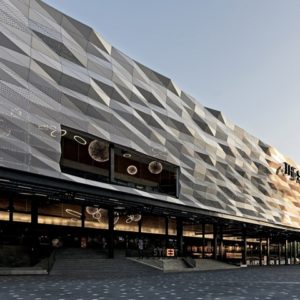