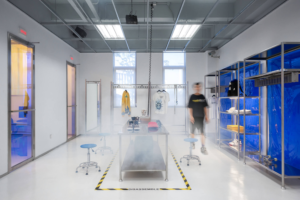 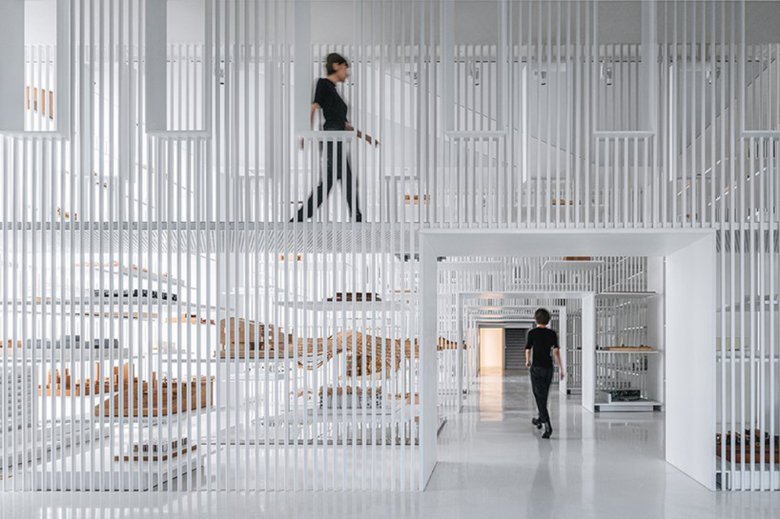 The program of the museum is split by Wutopia Lab into several zones. The exhibition has two main areas, ‘Tijuana’ and ‘Ironia’, as well as a communication space called the pod bay. Besides here are three special exhibition areas, the blue ‘Asgard’, the red ‘Olympus’ and the yellow ‘Arrakis’, with an additional collection area Ttyrell’. There is also a VR zone ‘Thunderdome’, which can be turned into a temporary exhibition space.

Different from the traditional idea of a city, Wutopia’s city of the future moves upwards, touching the ground only slightly. This notion is expressed by thin steel columns that layer the boundary and also conceal the structure. Models placed on those cantilevered platforms are smaller-scaled ‘cities’, representing a new form, which keeps updating and growing. Hanging streets are also hidden in this layered vertical city, connecting every corner. 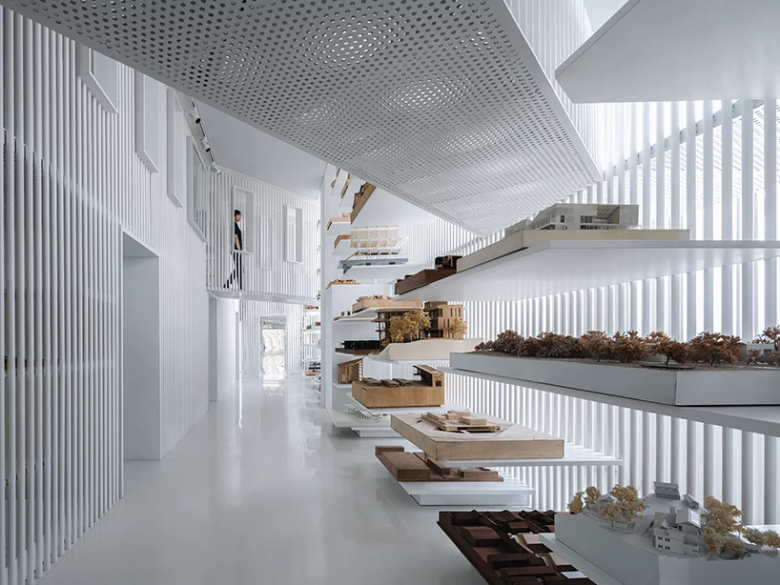 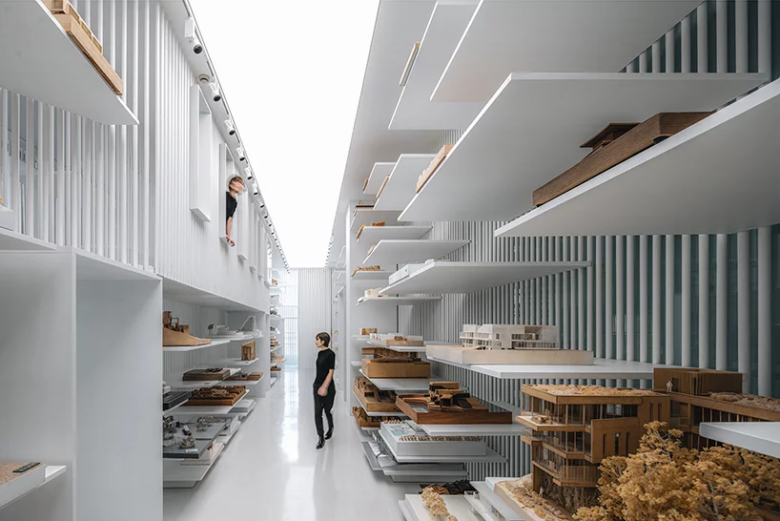 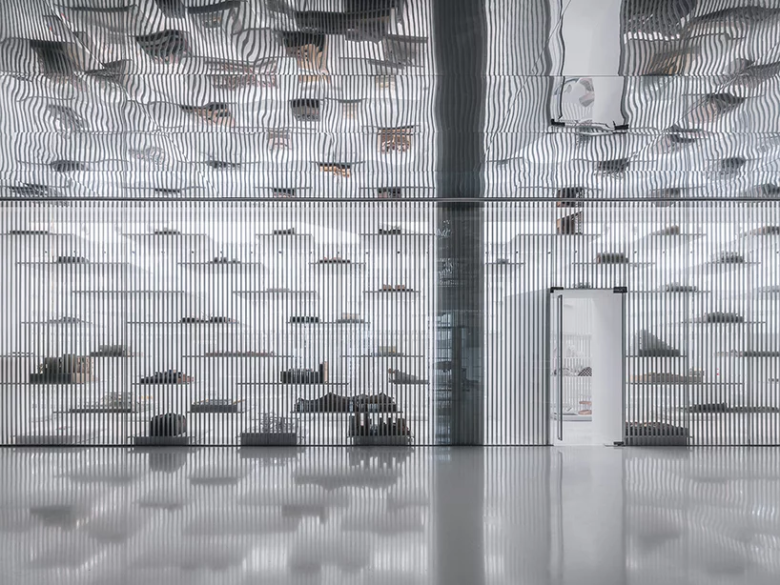 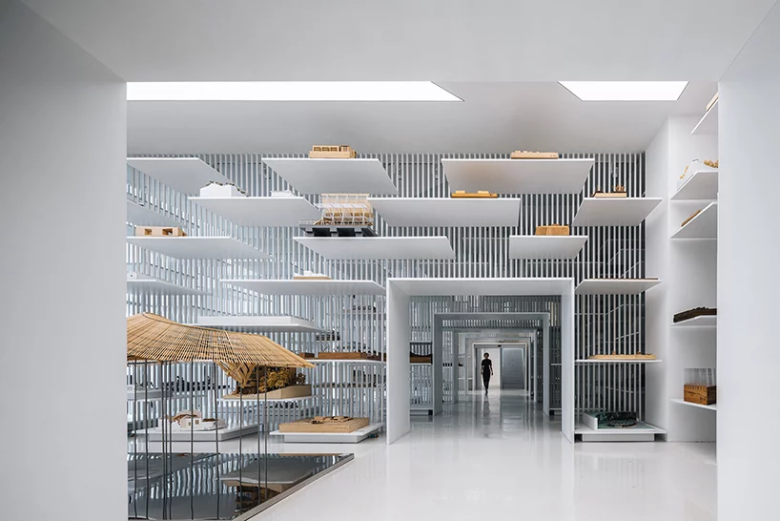 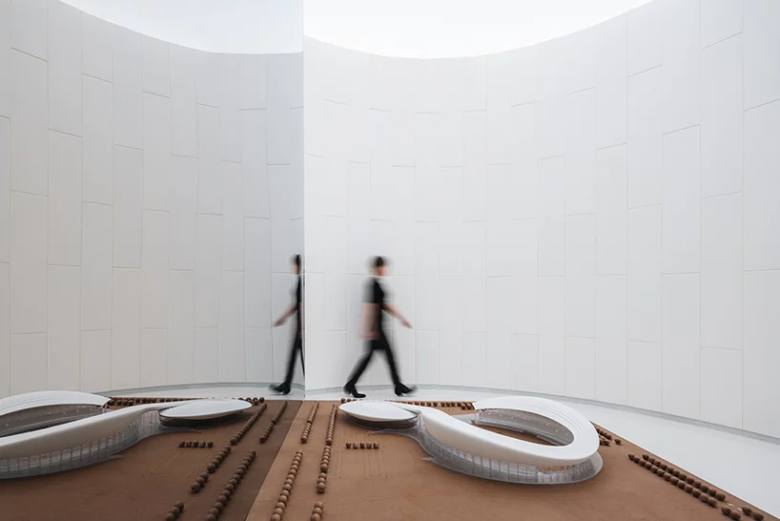 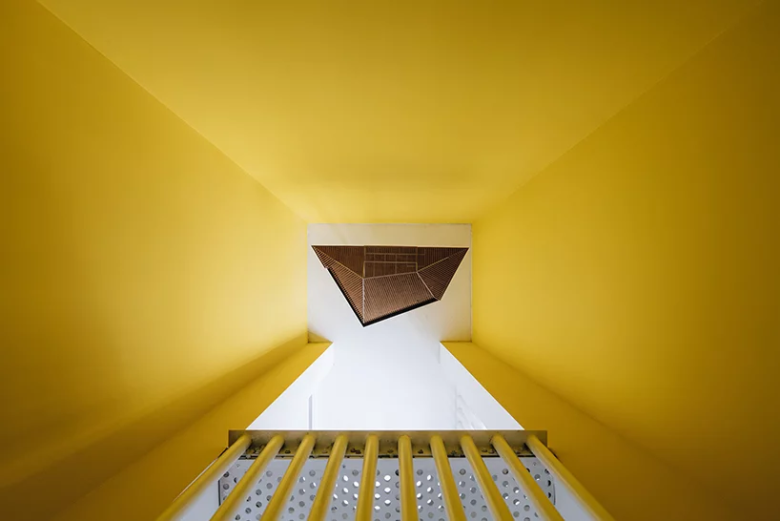 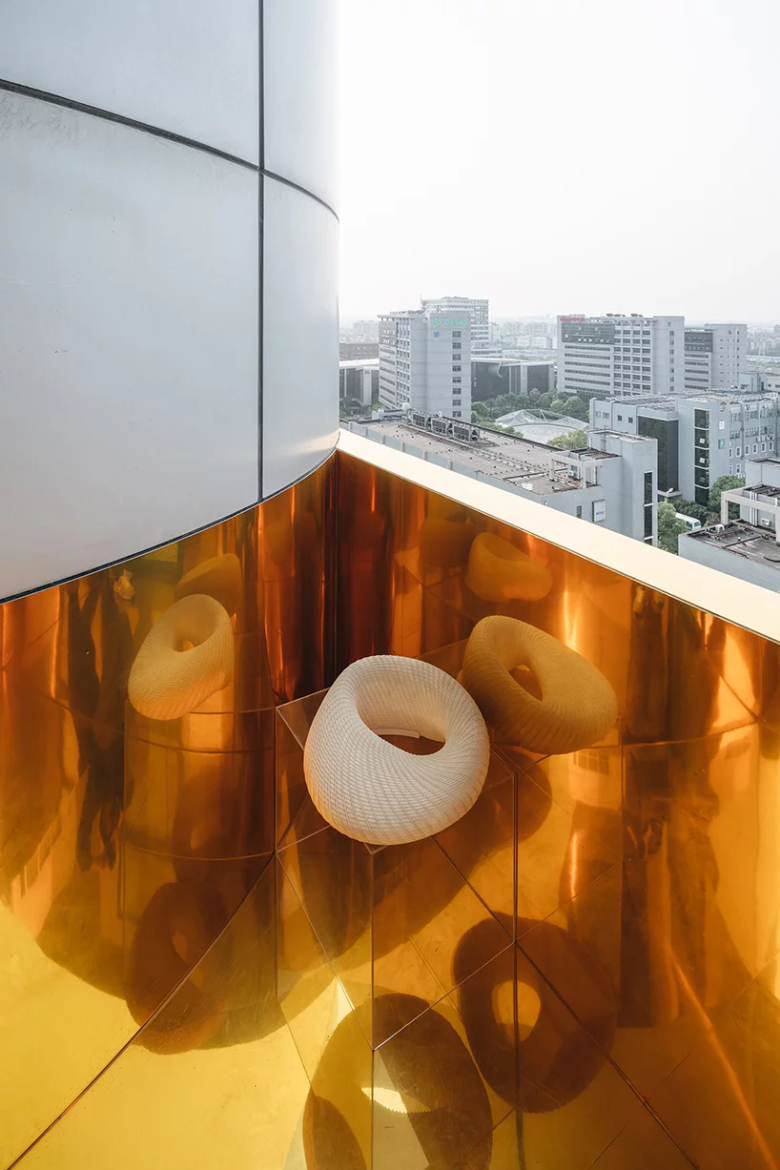 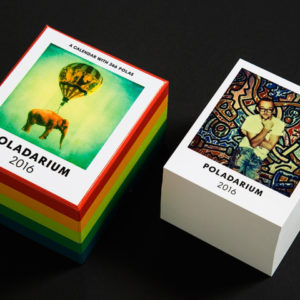 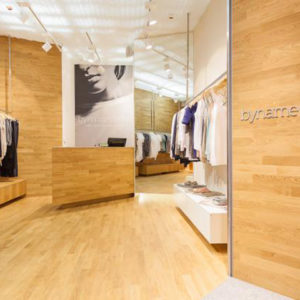