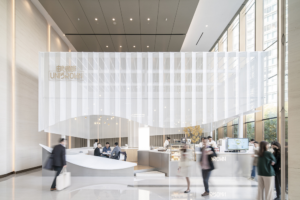 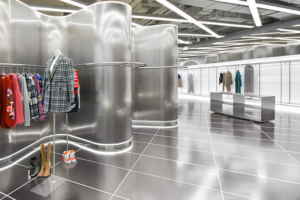 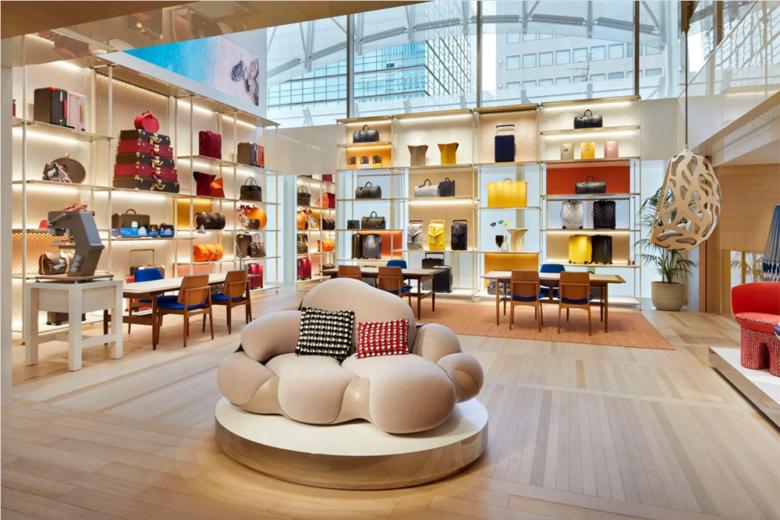 While Tokyo may be the urban behemoth where shopping can be both adventurous and abundant like nowhere else on the planet, the Land of the Rising Sun has a handful of other locations where hunting trophies can be quite rewarding. As the nation’s second biggest city, Osaka may be easily overshadowed by the allure of the capital, it too comes with plenty of retail perks. Mind you, Japan has ranked as one of the biggest luxury markets on the planet for decades, and this town is home to a sizeable demographic of avid shoppers and international visitors alike. Needless to say, Louis Vuitton has banked on the situation by opening a new flagship, or maison rather, to raise its profile despite an existing and quite elaborate retail presence in the city. Well, the newly opened Louis Vuitton Maison Osaka Midosuji, as it’s called, comes with all the prerequisite bells and whistles…and much more. So, Japanese starchitect Jun Aoki designed the four-storey building situated at a key location alongside Midosuji dori, a bustling thoroughfare in the heart of the city and lined with prestigious flagship store.

The façade mimics the billowing sails of a ship and is a firm nod to Osaka‘s stature as an important port city. The interior design, however, has been supervised by New York City-based architect Peter Marino, and includes novelties which instantly confirm the store’s maison status. Needless to say, the store presents Louis Vuitton‘s complete women’s and men’s collections, featuring different sections for each product range across the premises, including for its highly prestigious Objets Nomades furniture collection. The store’s novelties can be found on the top floor where the luxury brand’s first restaurant and café on the planet can be found. The café, aptly named Le Café V, comes with an adjacent lounge called Cocoon Room and an outdoor terrace. Inside the café, a ‘secret’ door leads to Sugalabo V, the store’s nautical-themed dining establishment. The latter opens in the evening and is a spin-off of the exclusive Sugalabo eatery in Tokyo and thus also supervised by Japanese star chef Yosuke Suga. 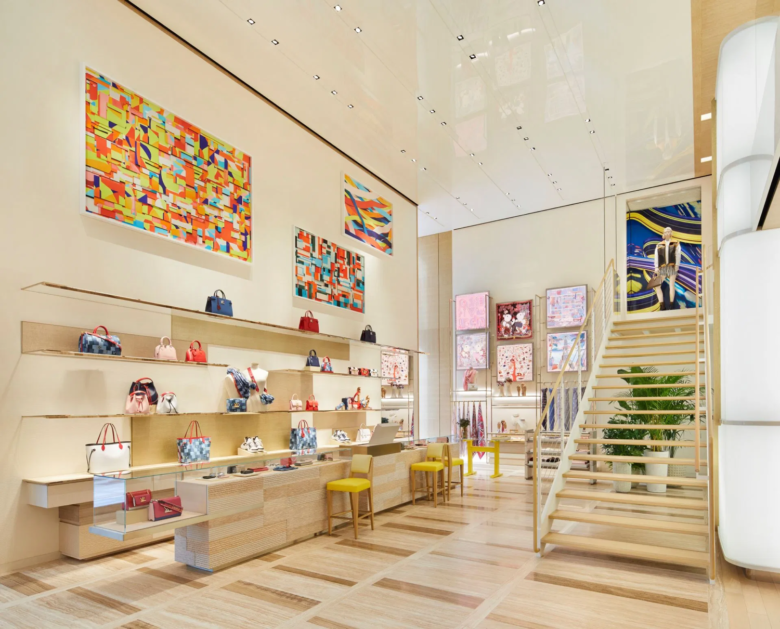 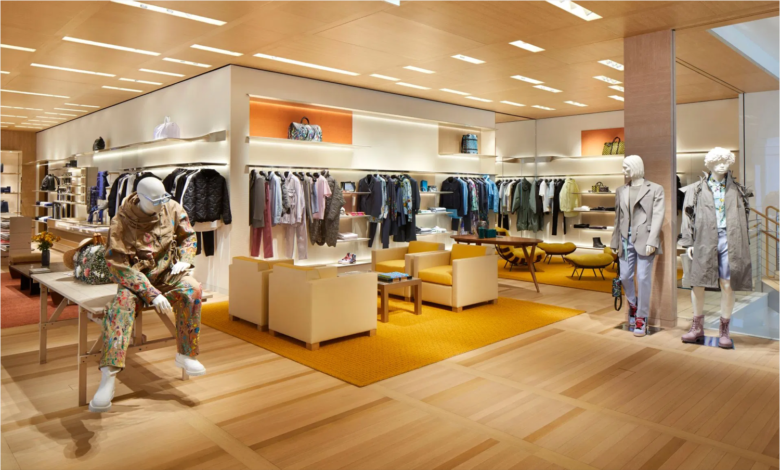 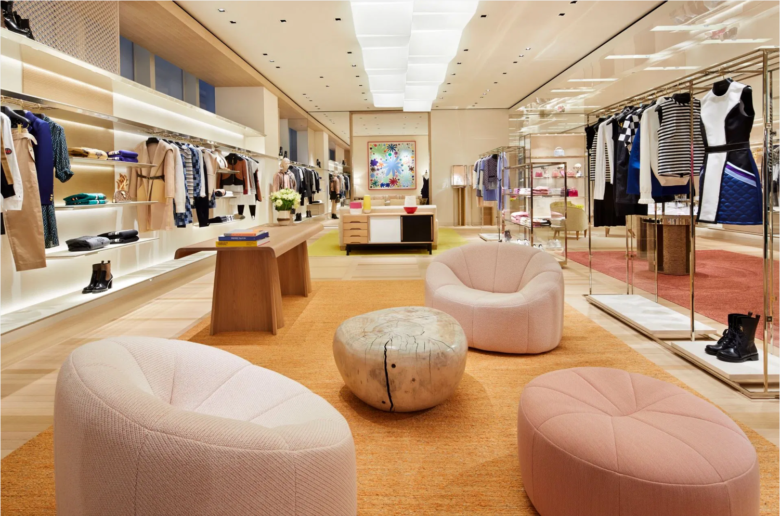 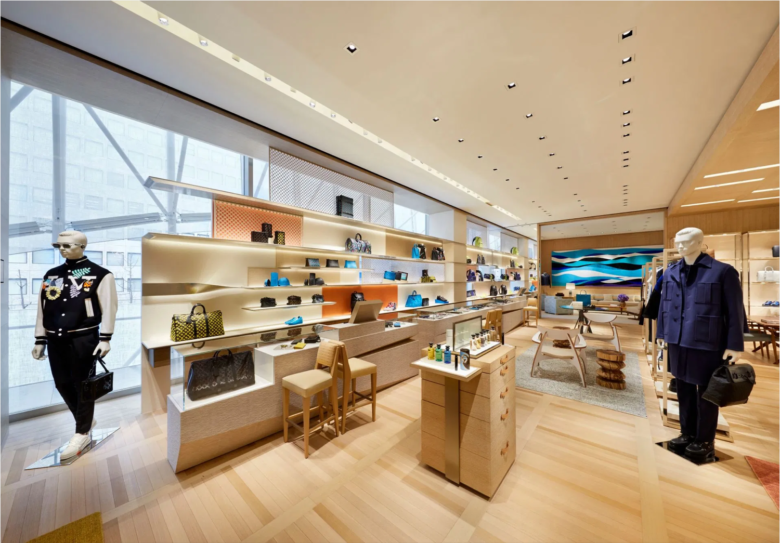 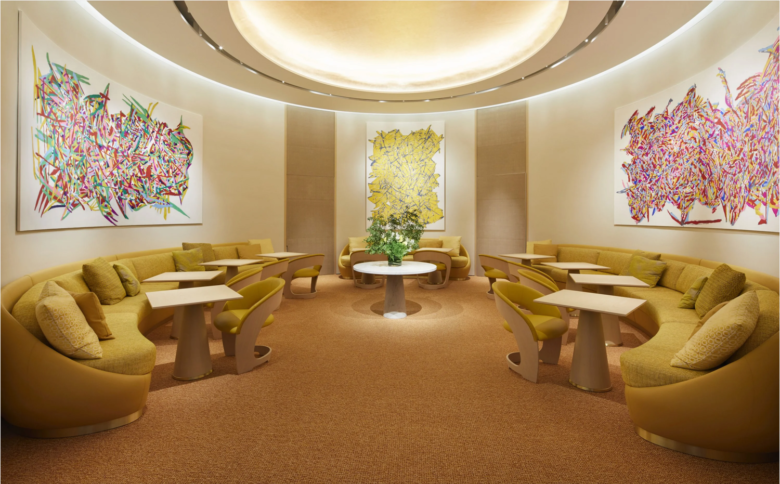 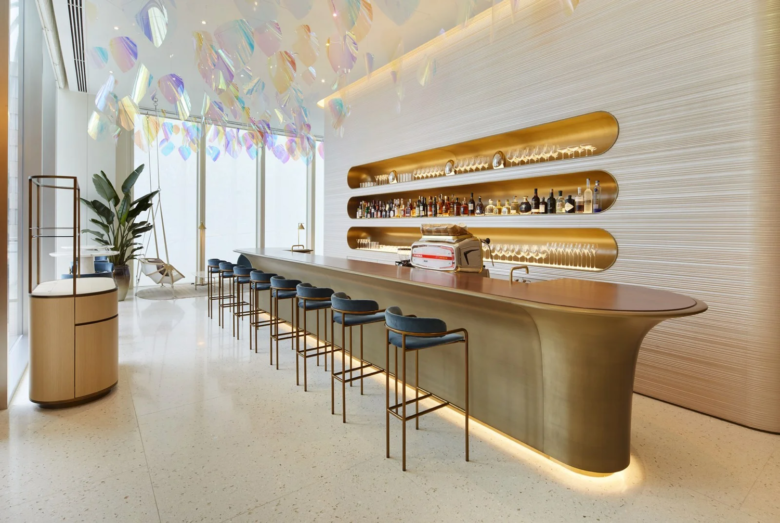 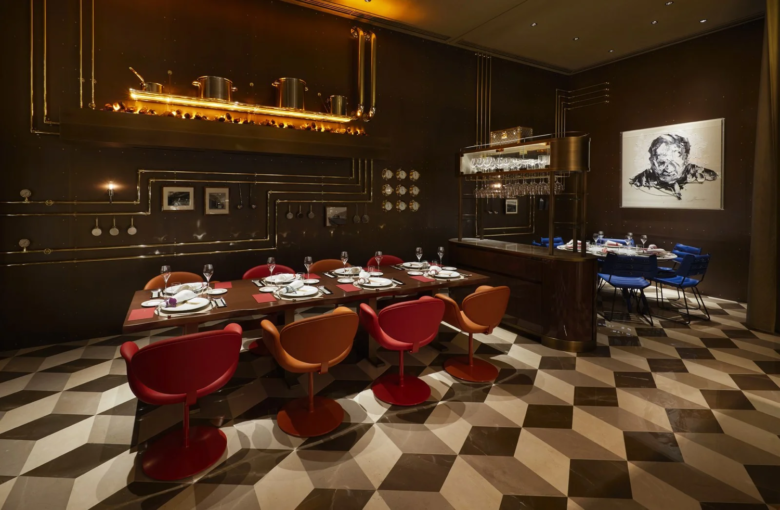 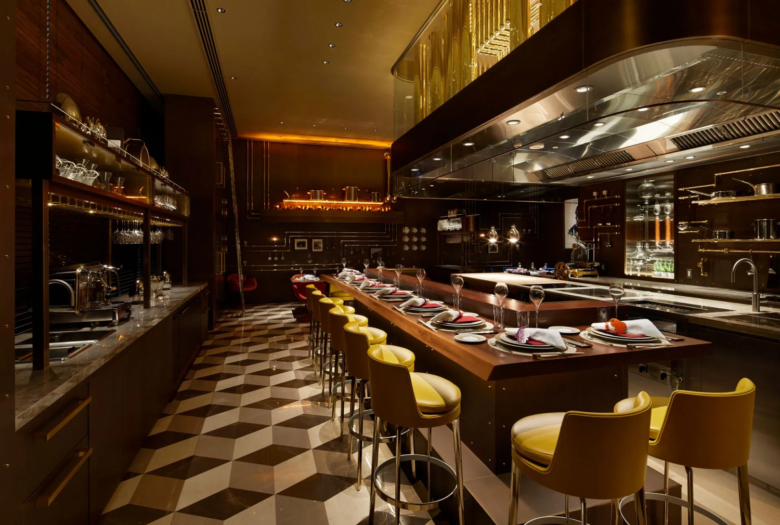 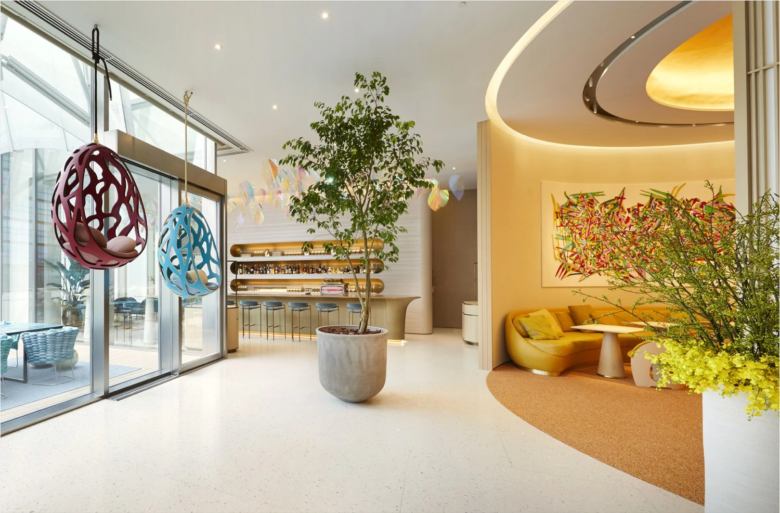 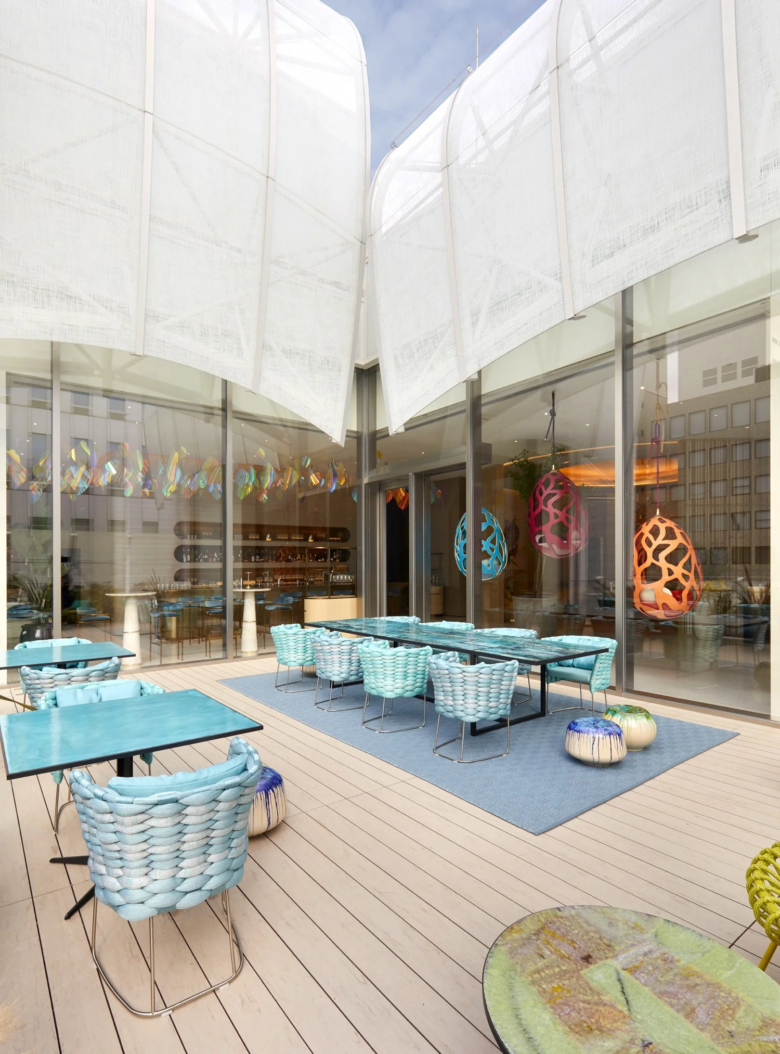 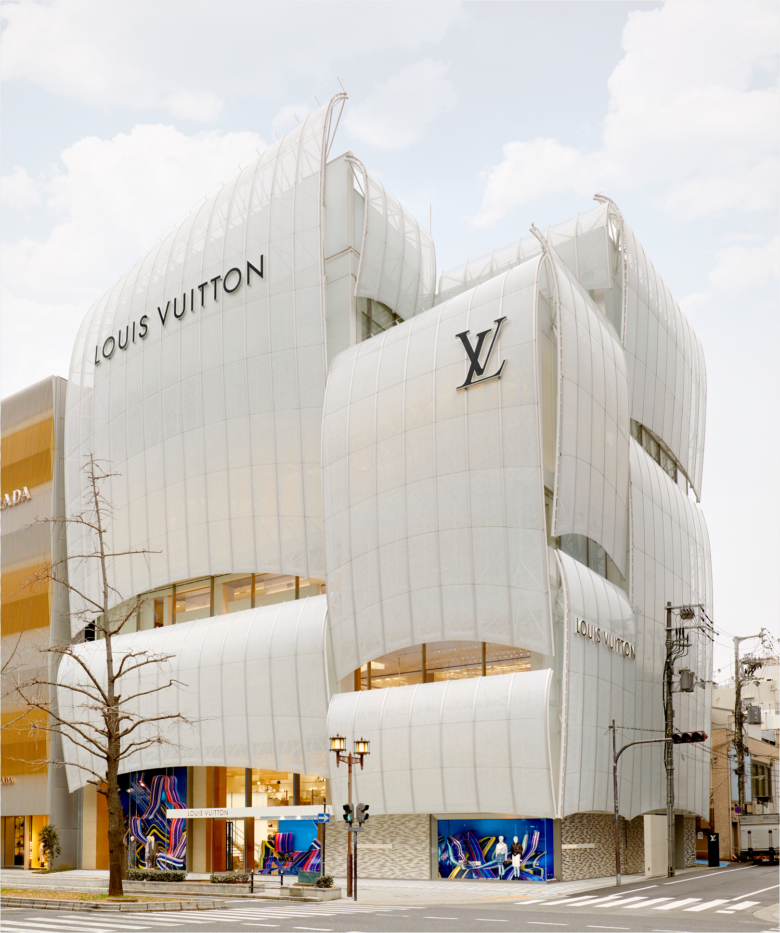 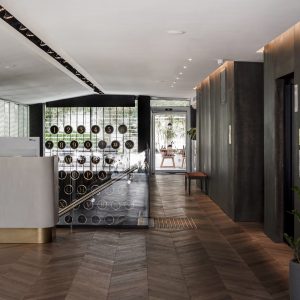 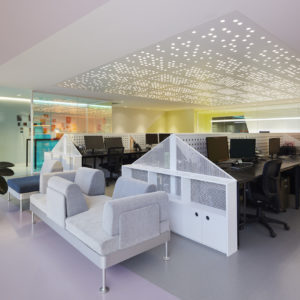 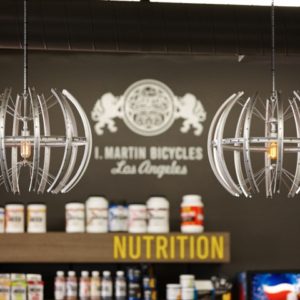 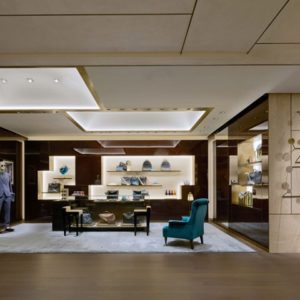