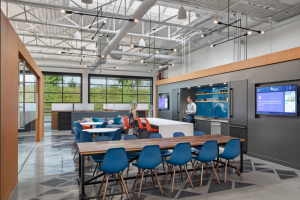 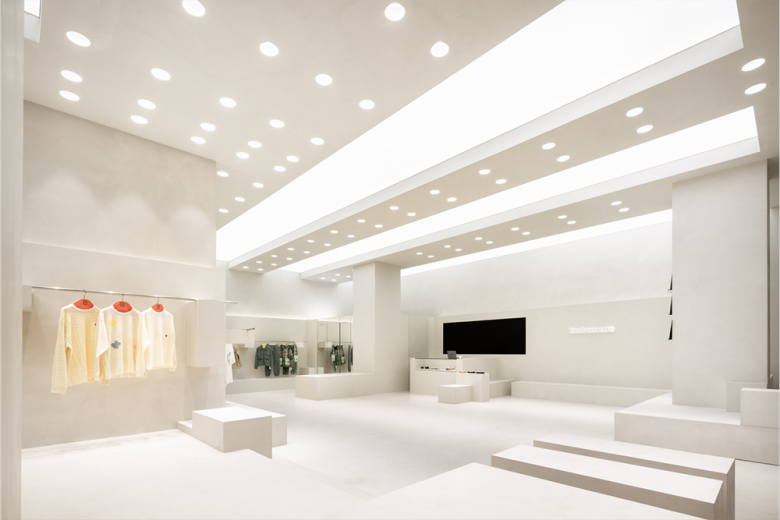 Since its inception only eight years ago in the provincial town of Wuxi by designer Hong Yang, Chinese streetwear brand Randomevent has seen a gradual rise to prominence on home turf and abroad. Banking on the momentum, the brand expands its operations with design-led standalone stores. A standalone store in Shanghai opened first, followed by a retail space in Beijing last August, and now, a third outpost has opened its doors in another one of the country’s more sophisticated retail arena: Hangzhou. Securing a 145 sqm. (1,561 sq.ft.) location at Hubin Yintao IN77, an upscale shopping mall on the banks of scenic West Lake, a leafy area of town, the store features a similarly understated aesthetic by Changsha-based design practice Draft Paper. The design is inspired by the nearby West Lake and Qiantang River, two scenic waterways which very much contribute to Hangzhou’s reputation, and a ‘low tide’ theme spawning from it. This focus has made the most of the lofty space, the L-shaped retail space sees a large square recessed ceiling light and three bands of linear ceiling lights across the widest part, optically boosting the its dimensions even more. As an intentionally uncluttered space, furnishings are sparse and few, and all seem integrated as fixtures, thanks to the monochrome off-white colour scheme. The only visual dissonant, and it’s a whimsical and smile-inducing one at that, is a melting carrot sculpture by artist Zhang Quan who also happens to manage fellow cult streetwear label Melting Sadness. The new Randomevent boutique carries the full range of men’s and women’s apparel, and unsurprisingly, select items by Melting Sadness. 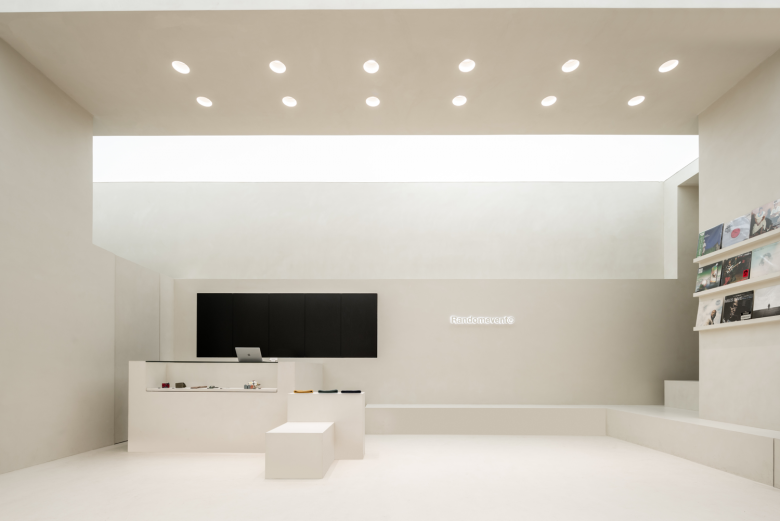 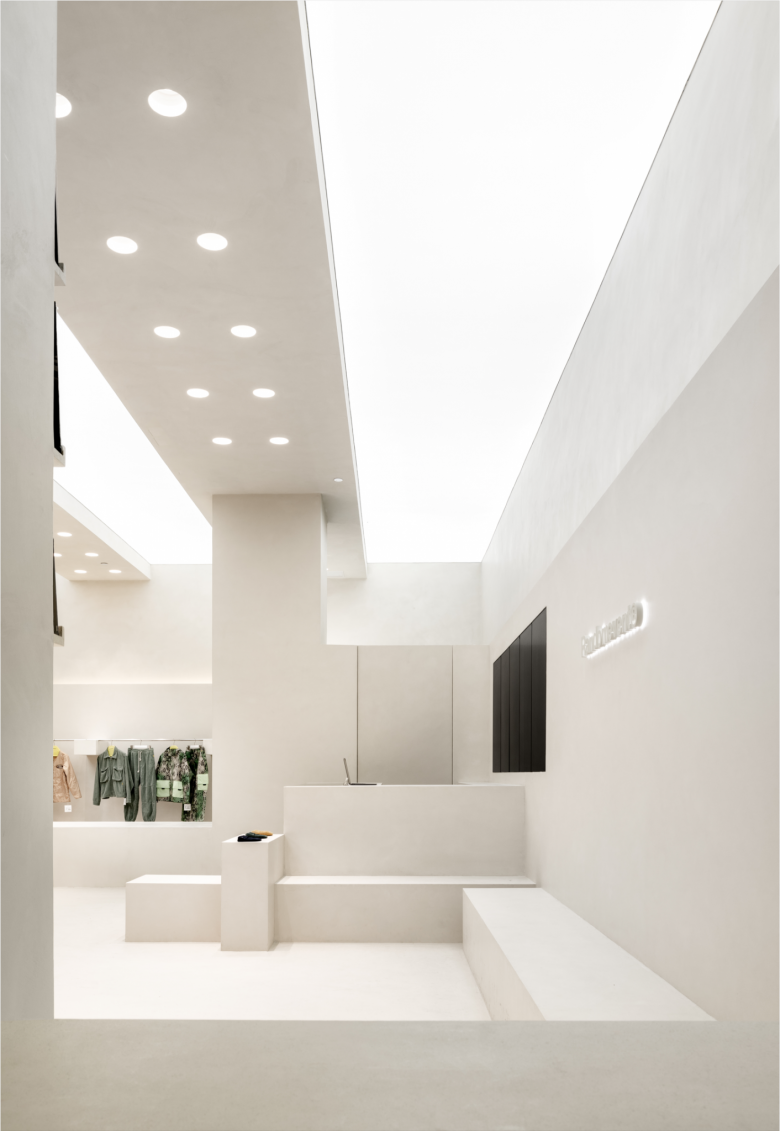 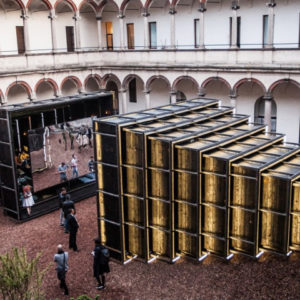