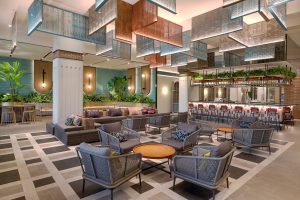 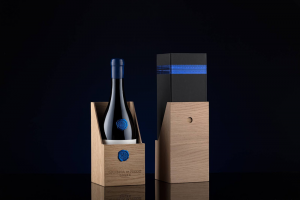 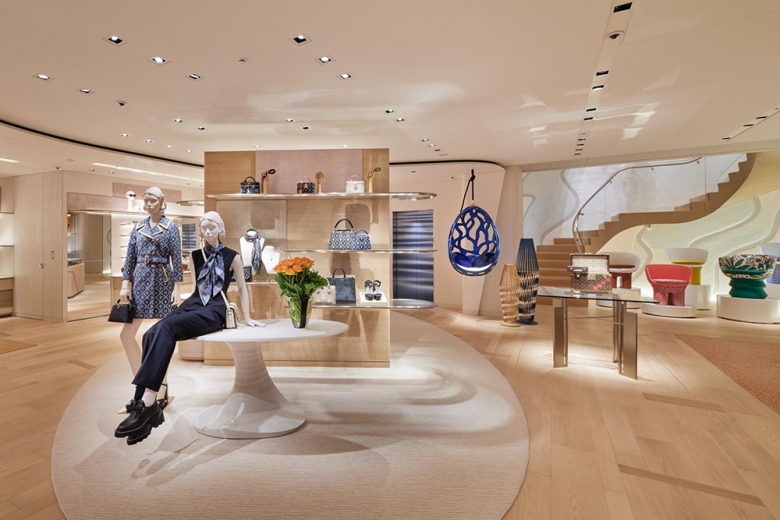 The façade and interiors of Louis Vuitton’s Ginza Namiki store has seen a major overhaul, enabling the brand to expand its offer, thanks to the duo-force Jun Aoki and Peter Marino.

Following on the opening of Louis Vuitton Osaka last year, architects Jun Aoki and Peter Marino have partnered again for a new location of the French luxury brand in Tokyo’s Ginza district. That first collaboration was special: it marked the house’s first foray as a retailer into hospitality, with an in-house café. Opening to the public on 20 March, Louis Vuitton Ginza Namiki, a seven-floor space, continues that programme. The retail interiors – which include a permanent area for seasonal activations and an upper level dedicated to private salons – culminate in the second-ever post of Le Café V. In April a space for Le Chocolat V, Louis Vuitton’s latest gastronomic venture, will also be debuted.

Occupied by Louis Vuitton since 1981, the corner tower address boasts a new stunning glass façade, reminiscent of rippling water, designed by Aoki. Finished in dichroic film, the reflective exterior engages with the sky’s ever-changing palette, built with a double-height transparent opening at the edge for window display. Marino’s interior direction emphasizes the exterior’s organic aesthetic with myriad references to water and the sky, first indicated by a large hanging jellyfish installation in the entry. The central staircase is an undulating wave of oak, bordered by glass; a back staircase is framed by a four-storey feature wall with plaster finishing inspired by Kimiko Fujimura’s 1977 painting Wave Blue Line. Additionally, the circulation was planned to give visitors a sense of easy flow. Furniture by Pierre Paulin and Stefan Leo and abstract artworks by Ed Moses, Vik Muniz, Zhang He, Kimiko Fujimura, Ida Tursic, Wilfried Mille and Peter Dayton enliven the bright, neutral-clad store.

Designed by Jun Aoki and Peter Marino
Photography by Daici Ano and AS Co. 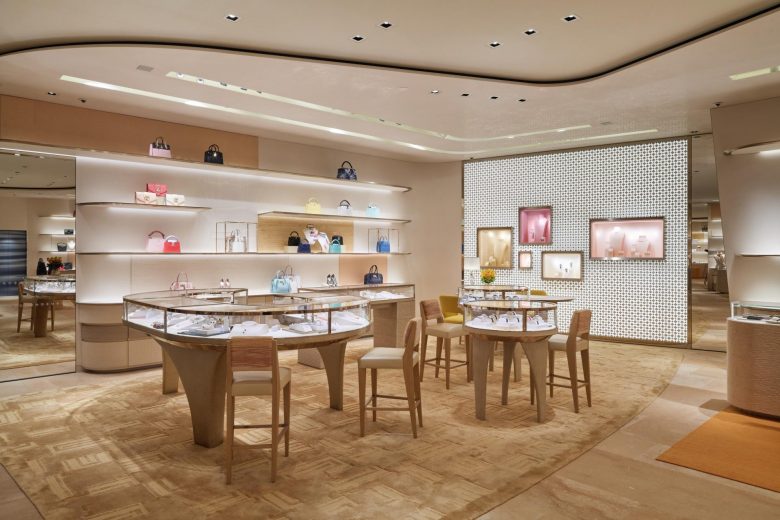 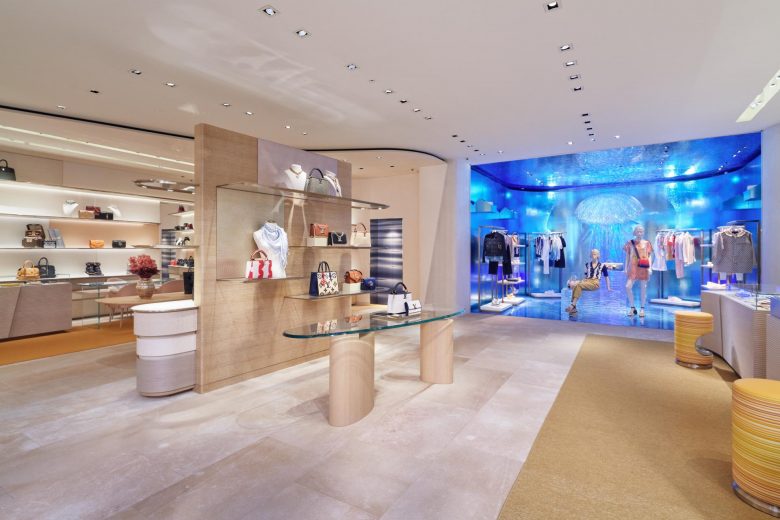 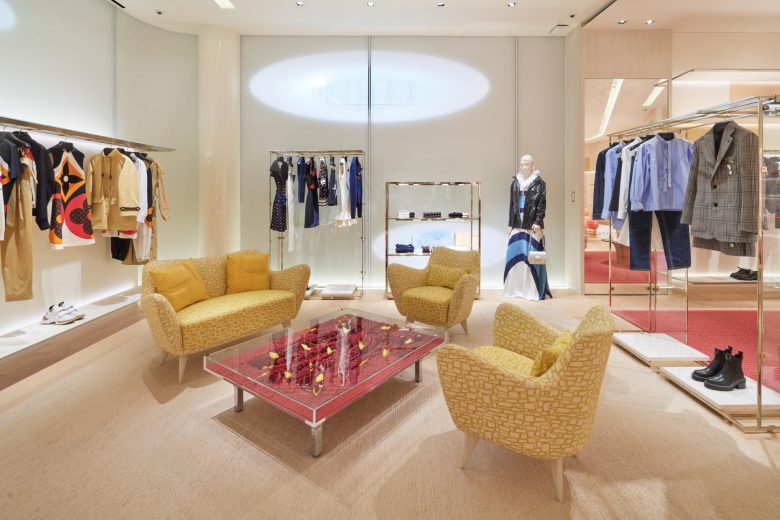 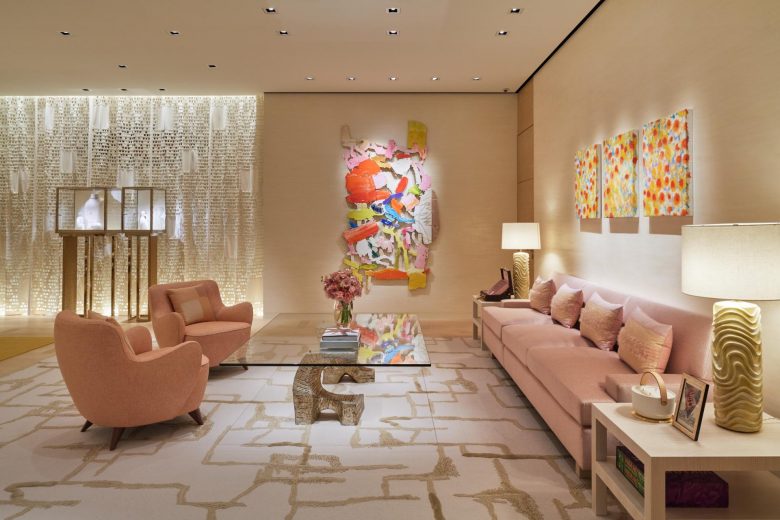 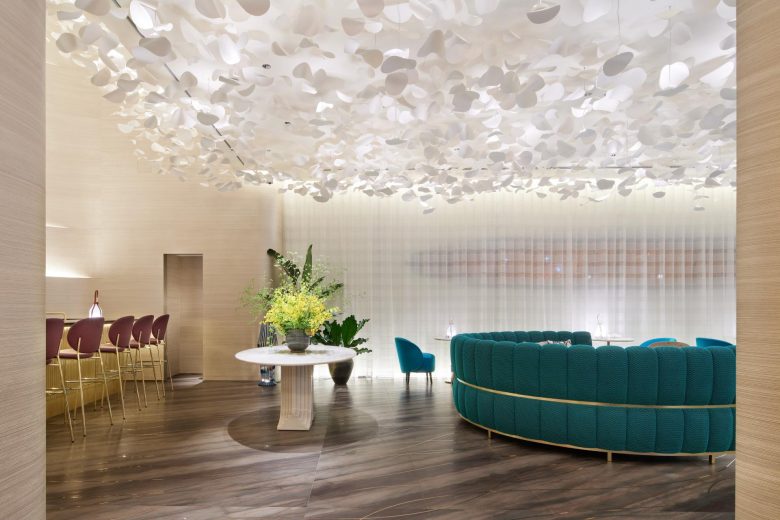 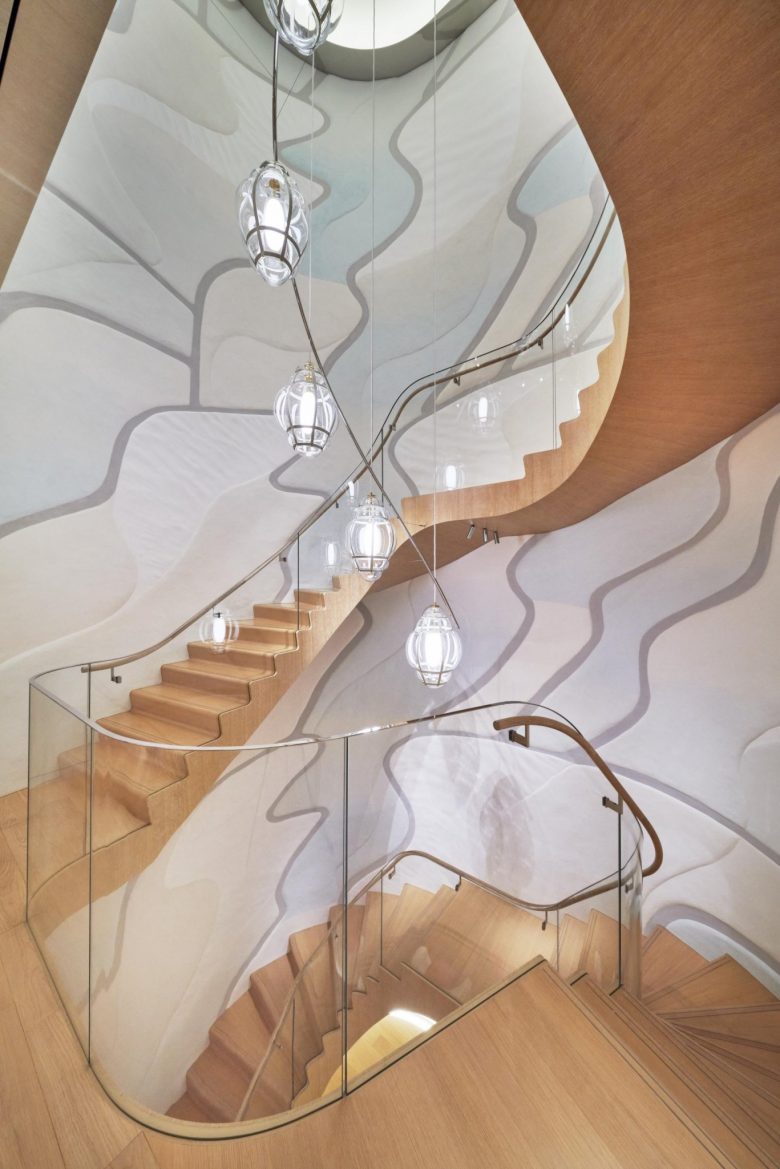 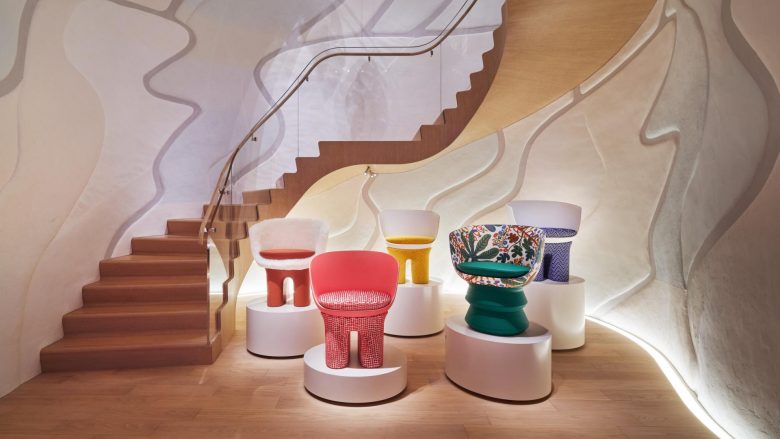 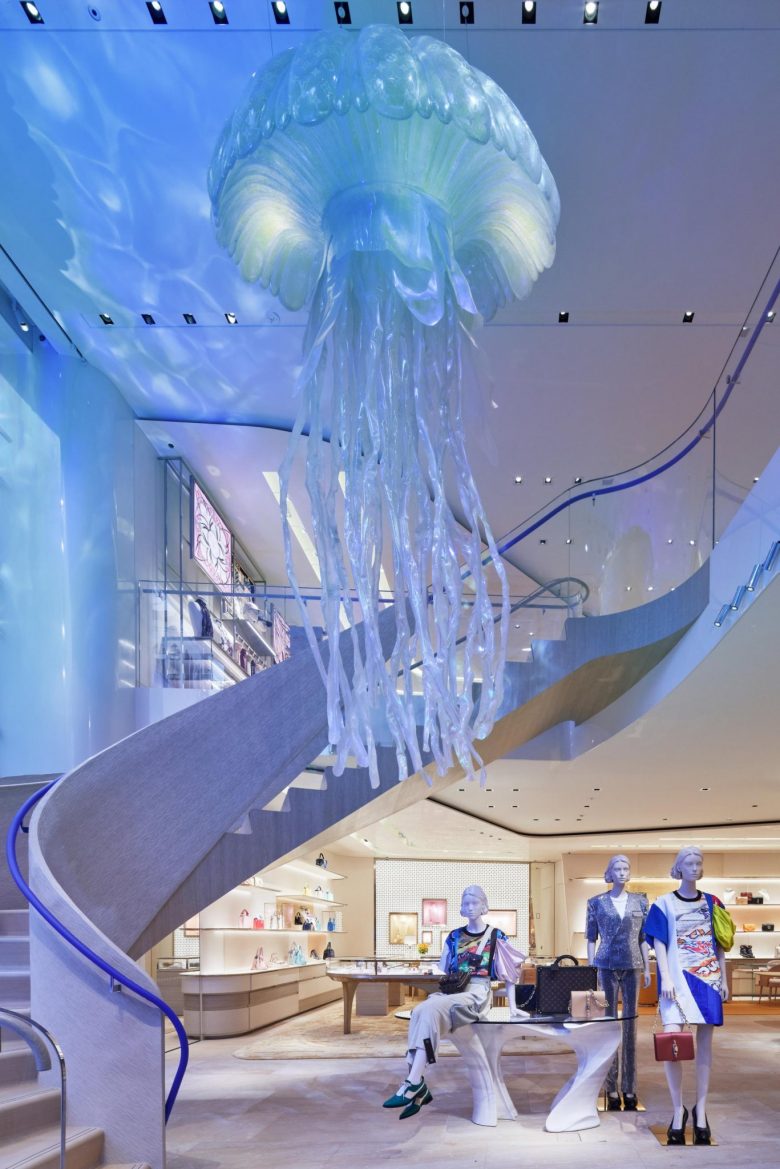 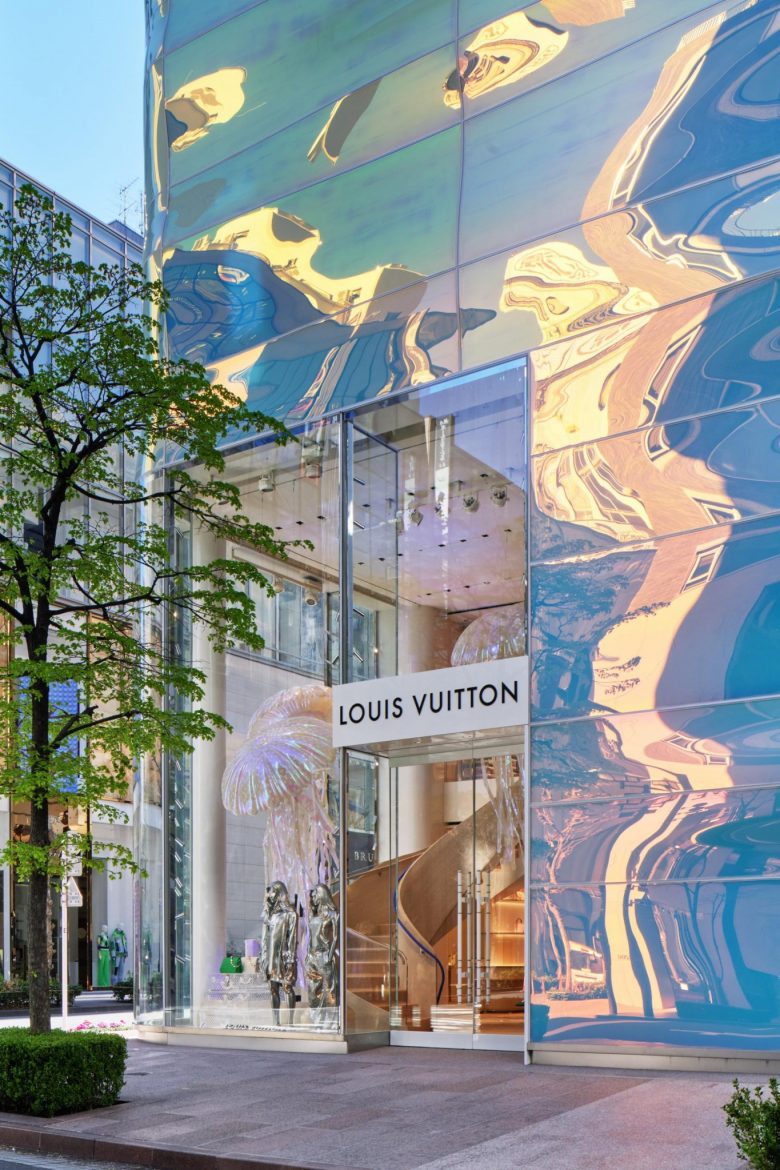 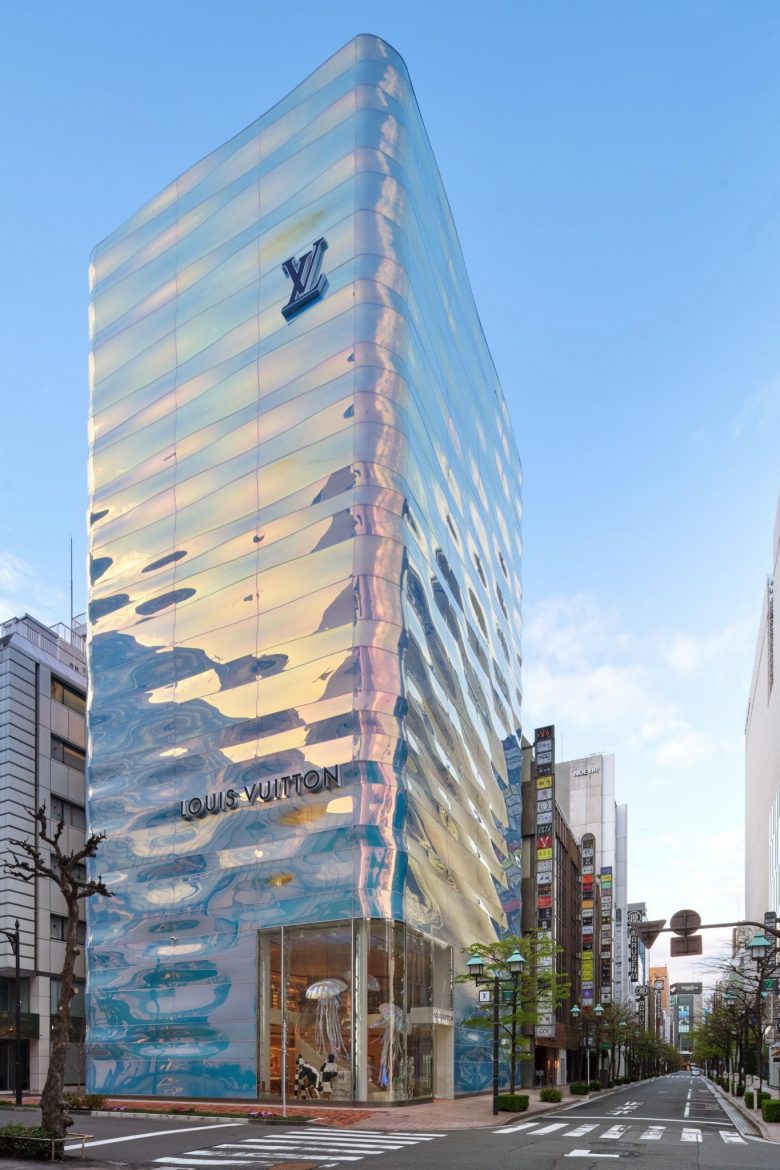 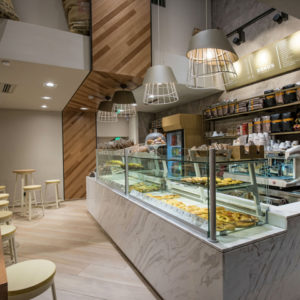 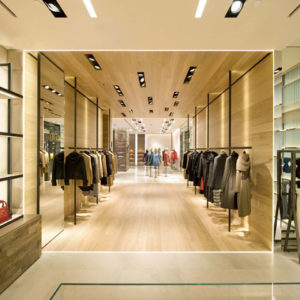 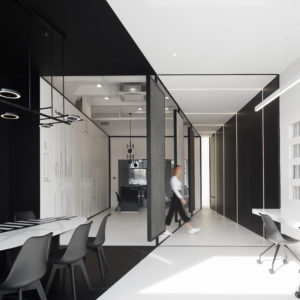 Showroom & Office of ARCHETYPE by Morsarchitects 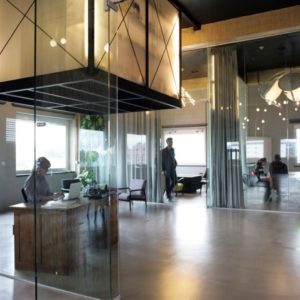