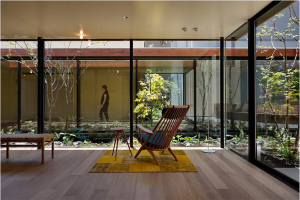 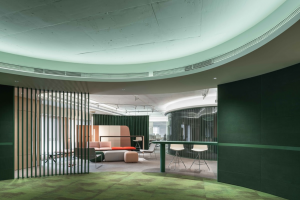 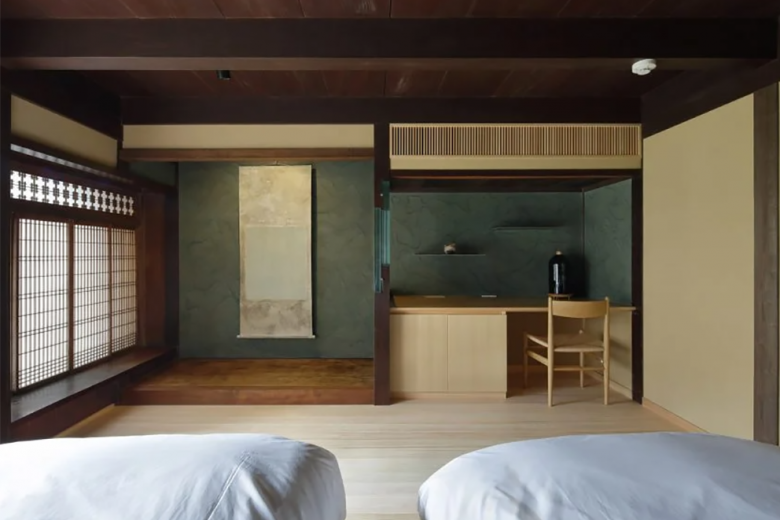 Japanese practice Fumihiko Sano Studio has incorporated local craft and traditional materials into the Hishiya restaurant and guesthouse in Fukichiyama, Kyoto, which occupies a renovated 20th-century folk house, or minka.

Handmade Japanese paper, lacquer and local timber were used to both modernise and honour the heritage of the 80-year-old structure, which features on the shortlist of the hotel and short stay interior category for Dezeen Awards 2021.

Tokyo-based Fumihiko Sano Studio was commissioned by a nearby restaurant owner, who was disappointed that the only accommodation in the area was provided by commercial hotels while historic houses stood vacant.

The studio believes that the growing issue of vacant homes in more rural Japanese cities – which are often be demolished instead of renovated – is causing a “dissipation of culture” in these areas.

Hishiya draws on the the typology of an inn, with the former house used to accommodate a restaurant space alongside four guest rooms, each designed as an expression and celebration of the city’s identity.

“Since the goal of the project was to introduce the identity of Fukuchiyama to visitors from outside of the city, creating a space unique to the local environment was and important design feature,” the studio explained.

“When thinking about ways in which architecture can alleviate the dissipating bustle and atmosphere of the area, a concept to create an inn that makes use of local materials, craftsmanship and culture was chosen,” it continued.

Instead of stripping out the building, its existing layout was adapted. A double-height stairwell originally designed for evacuating the ground floor during flooding was reimagined as a bright reception and entrance hall.

Featuring a pale wooden staircase and a dark, lacquered reception desk, this hall overlooks a new garden space at the rear of the building that was created by removing an old shed and introducing seasonal planting and artworks.

Each of Hishiya’s four bedrooms was designed with a unique aesthetic. A double-height room at the front of the building incorporates paper window covers for privacy and is lit by an upper-level, grill-like opening in the wood.

At the rear of the building, the second ground-floor room overlooks the garden and incorporates a glass section into an original wooden column to demonstrate traditional Japanese joinery – a technique that has also been used at the top of the main staircase.

On the first floor, underneath the exposed original beams of the sloping roof, a darker, skylit room with blue and black walls is contrasted by another room with a large window overlooking the garden.

In the intimate restaurant space, a bar-style countertop made from monolithic blocks of stone sourced from the nearby city of Tamba surrounds a serving area that leads into the kitchen.

Throughout the common areas, certain areas of the floor have been textured using a method called “naguri”, with a chiseled pattered in the wooden finish creating different sensations when walking barefoot. 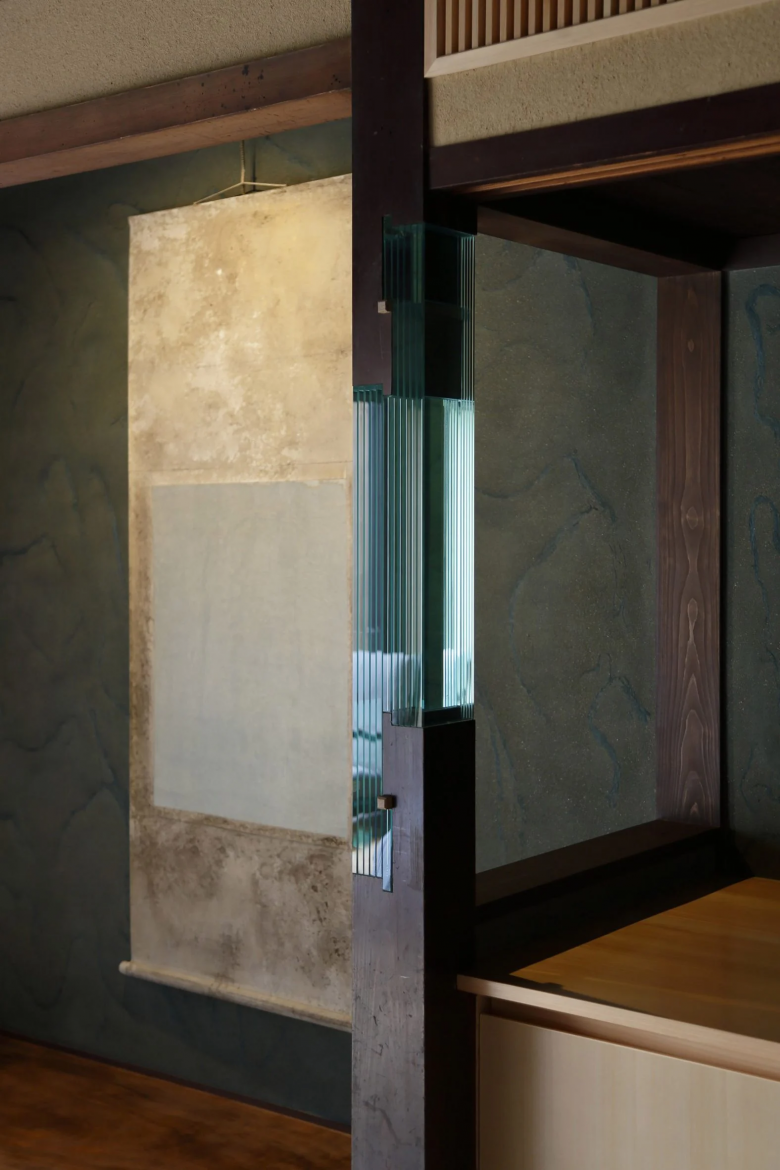 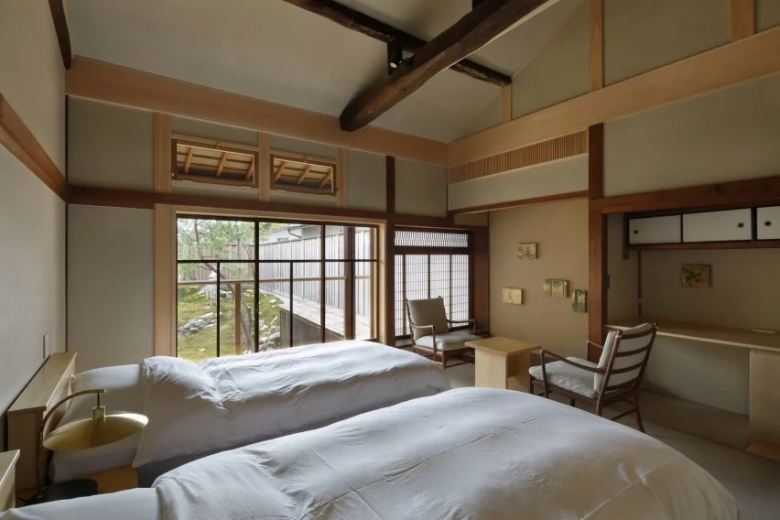 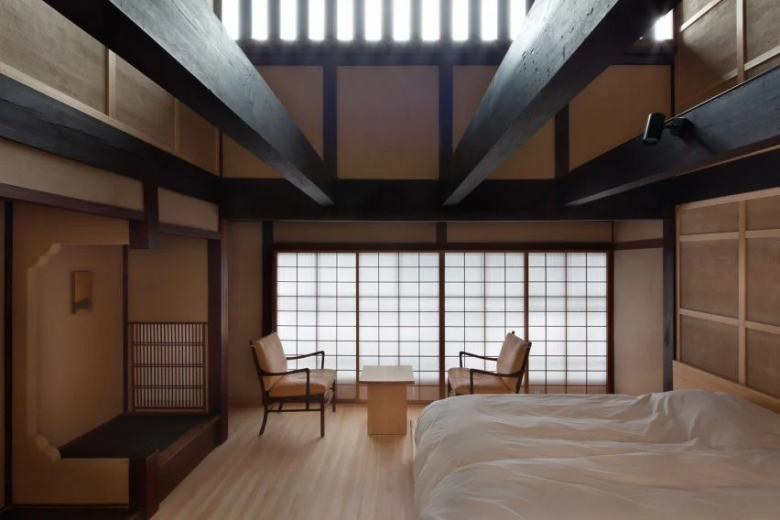 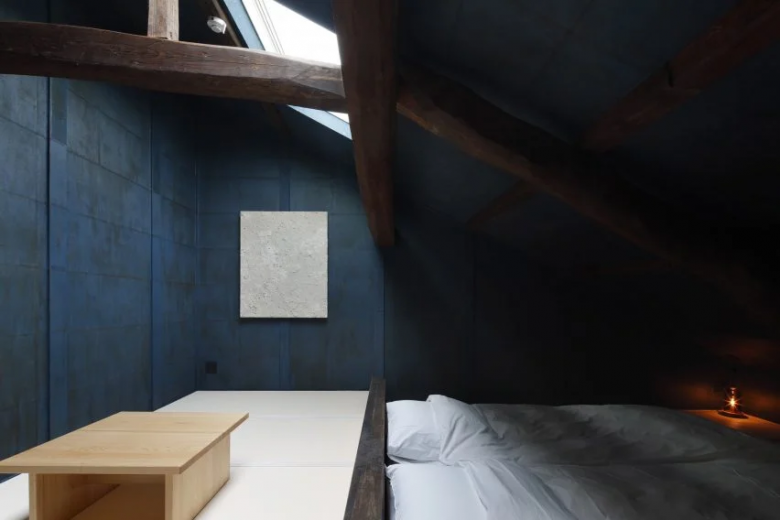 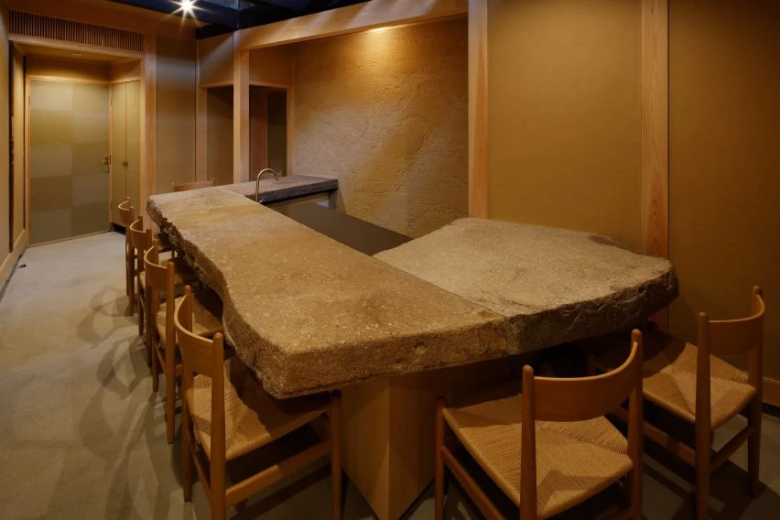 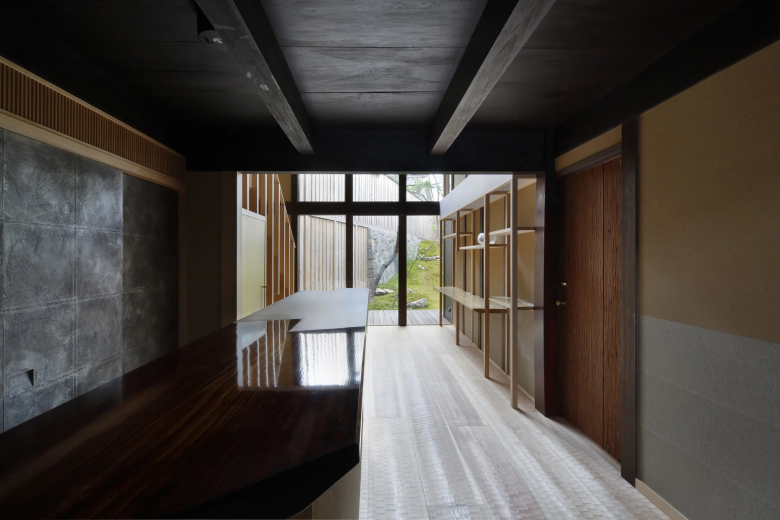 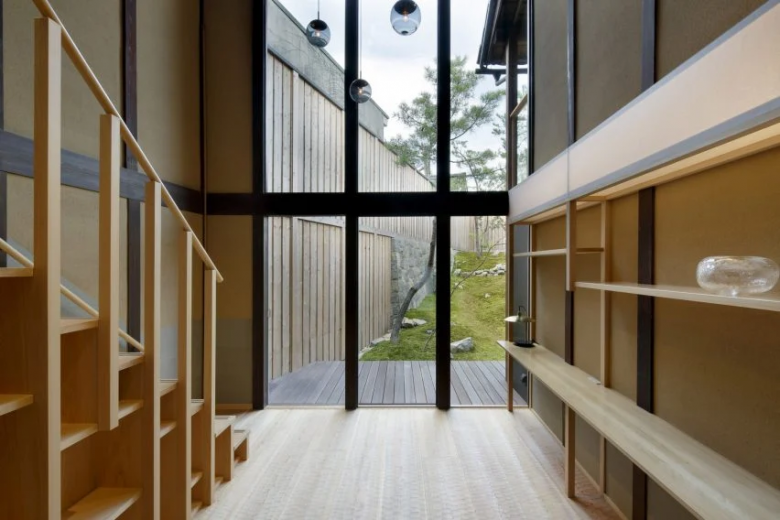 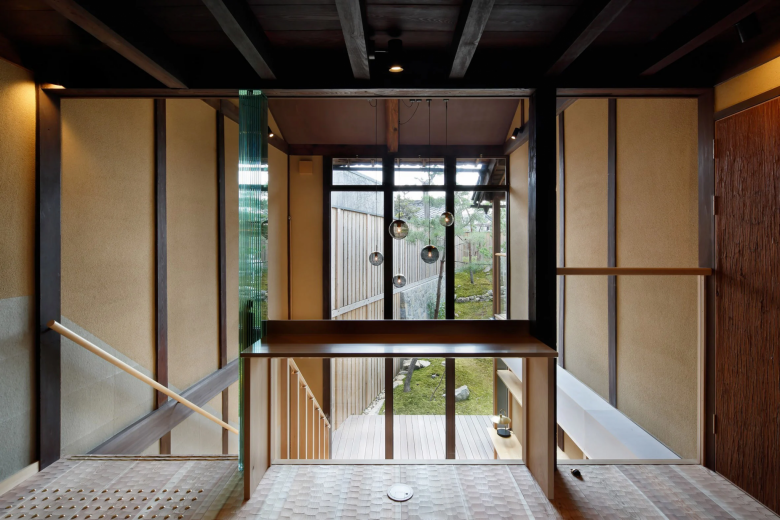 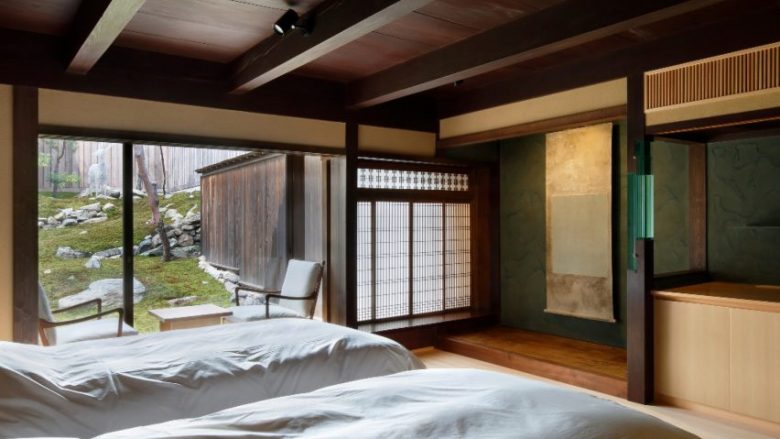 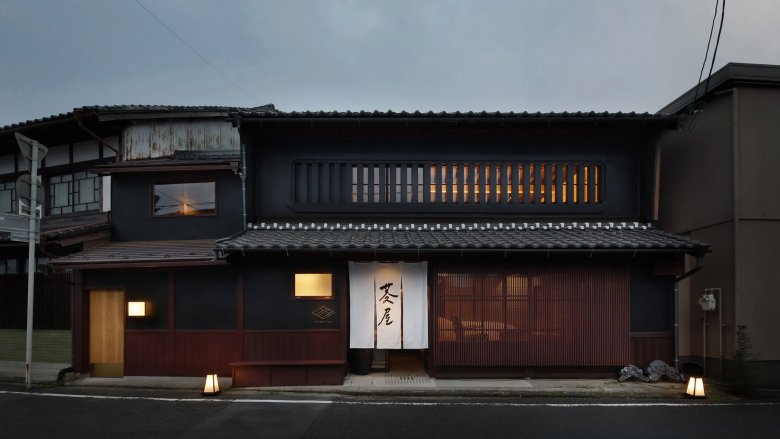 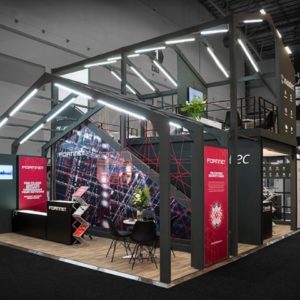 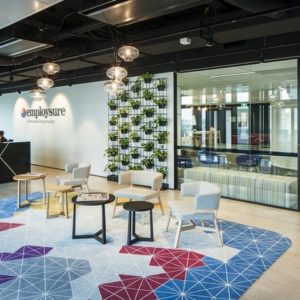 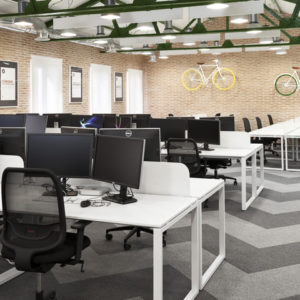 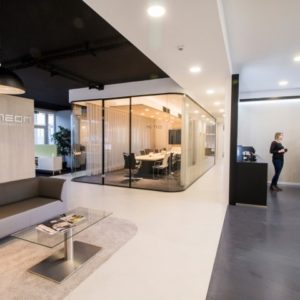