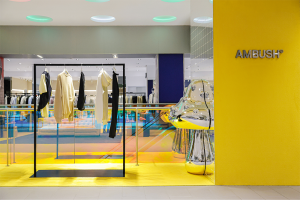 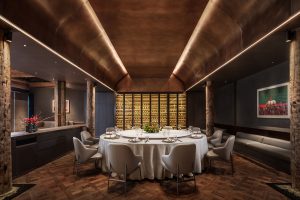 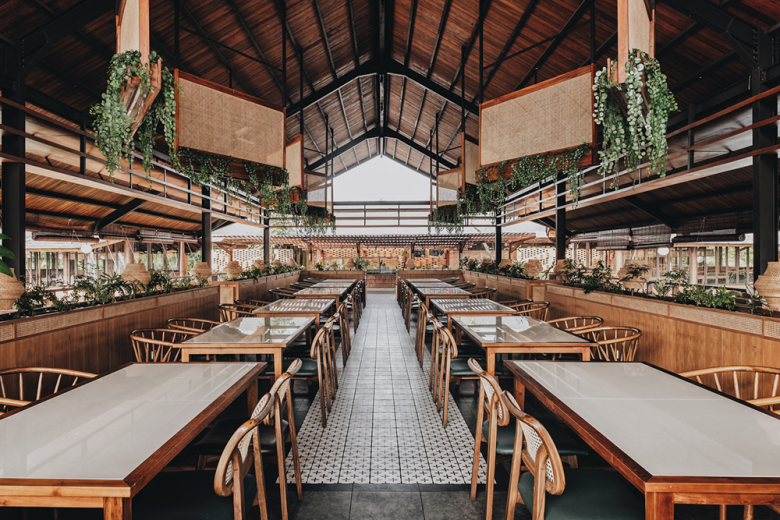 After over a year of quarantine and pandemic shutdowns, the residents’ longing for outdoor experience emerged massively in Indonesian big cities. Restaurants have adapted from being just a place to eat to a place of domestic escape due to the inability of traveling overseas. Designed by Seniman Ruang, Talaga Sampireun aims to offer a natural outdoor dining experience with a new image of Indonesian rural life, while still retaining its traditional values. The project was in Bekasi city, which has a dense population of family residents and industry workers. The brief was to transform 10.000 sqm of empty land into numerous detached buildings such as entrance, main dining, VIP dining, Saung, kitchen, toilet, and landscape consisting of greeneries, artificial lake, agriculture garden, and playground.

The lake was built to cool down the hot and arid conditions, also as an immense reservoir for rainwater harvesting which can be used to automatically water the plants. Surrounded by 17 floating dining spaces called Saung (a Sundanese hut, usually built as a resting shelter for local farmers), the lake became the main attraction and a new habitat that naturally bred edible fishes for customers and workers.

The idea was to solve the site condition by implementing Indonesian vernacular architecture. All of the buildings were designed to enable natural cross ventilation which minimizes reliance on air conditioning, and the wide expanse of the roof, inspired by the shape of a banana tree leaf, shading the room from heat and tropical heavy rain. A tight budget was the challenge that made all the materials were selected carefully so that they can still bring timelessness into the design. The project incorporated local, eco-friendly structural materials alongside modern steel structures.

Sulawesi coconut wood, which was not commonly used in its place of origin and sold at a very low price, was predominantly used as the structure, floor, and wall of Saung. Besides being affordable, rigid, easily grown, and accessible, they also aged beautifully – the older the wood, the bigger the wood fibers appeared, and the more exotic it became. The floor was elevated to avoid termites and the ceiling was exposed to express wood shingles construction and minimize budget, moreover passive cooling was achieved by allowing air flows under and over the building.

The design tried to give more than just a sustainable approach but also a cultural value. The entrance space was covered in rattan, woven in a modern way as an interpretation of Indonesian Batik fabric. Bricks were exposed and stacked in another Batik pattern as a divider between the kitchen and dining area. Lines of bamboo were embedded in different heights and waving compositions while allowing airflow between their openings. The local vintage tiles, Tegel Kunci, were applied to enhance a focal area of the floor and express modesty. The inexpensive decoration was selected to bring the rural atmosphere to life, such as traditional Indonesian cutleries as decoration and farmers’ hats that were transformed into wall lamps. 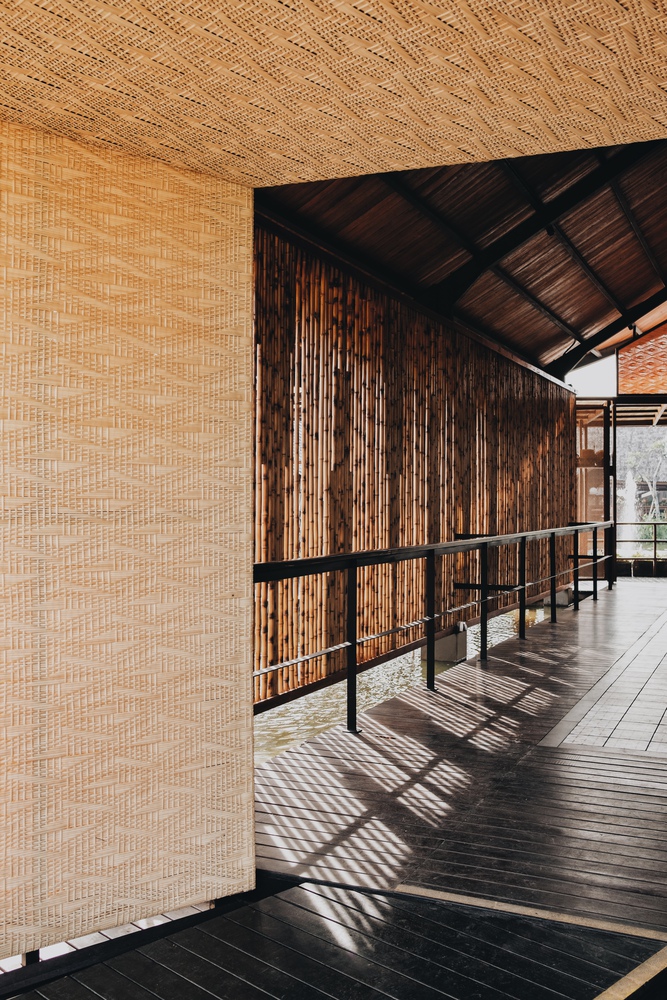 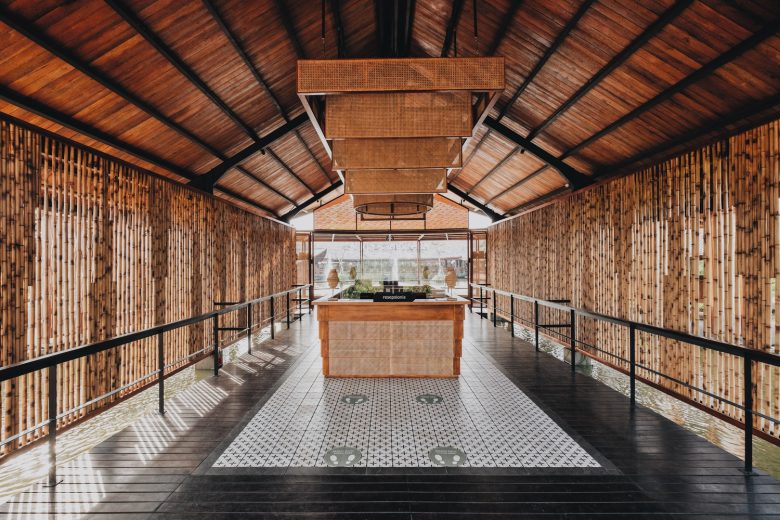 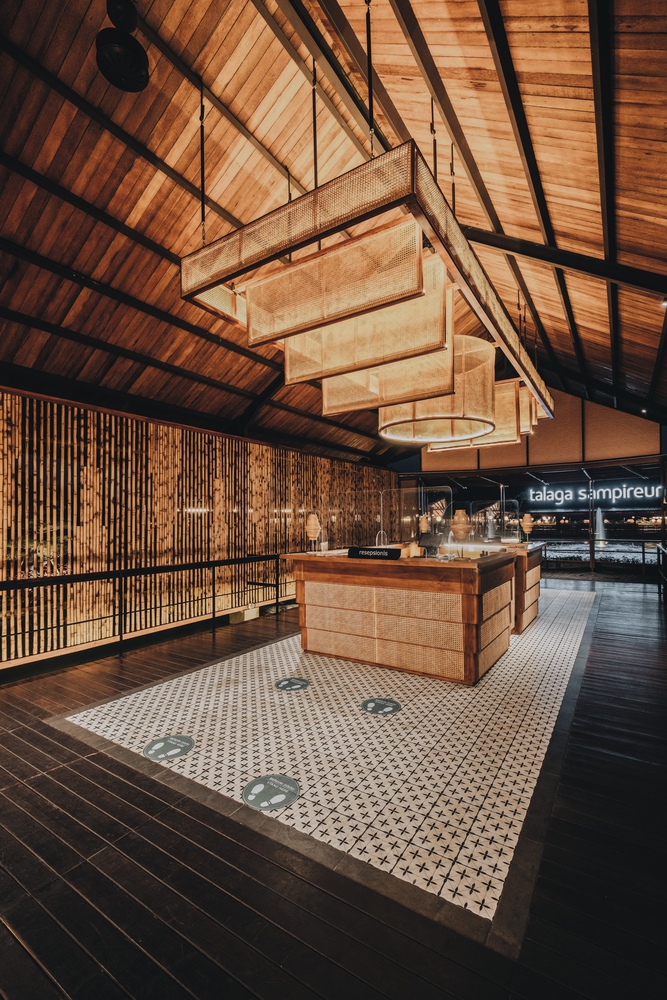 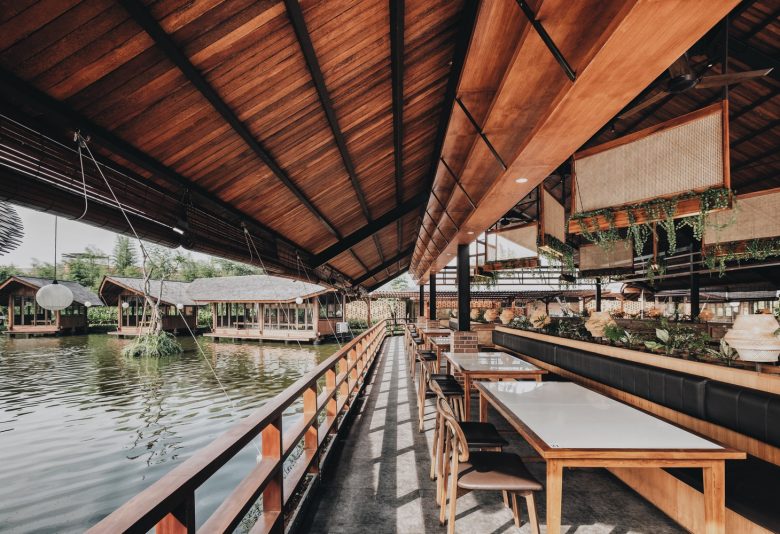 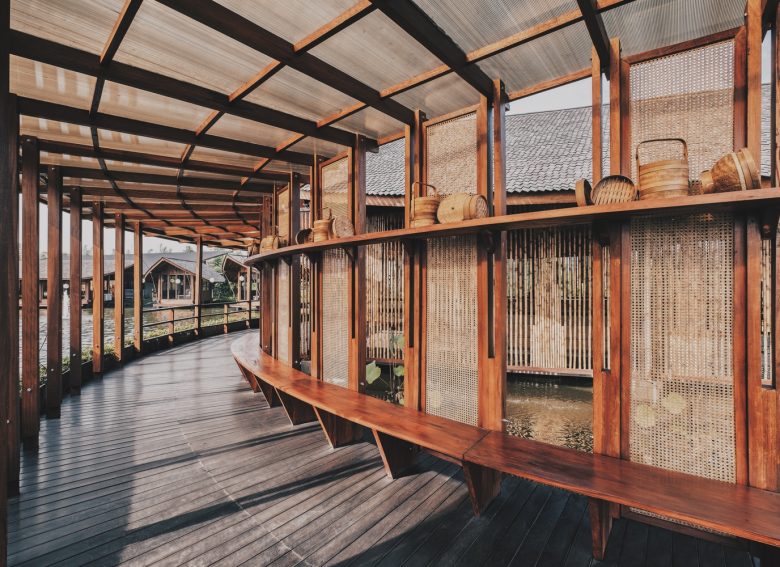 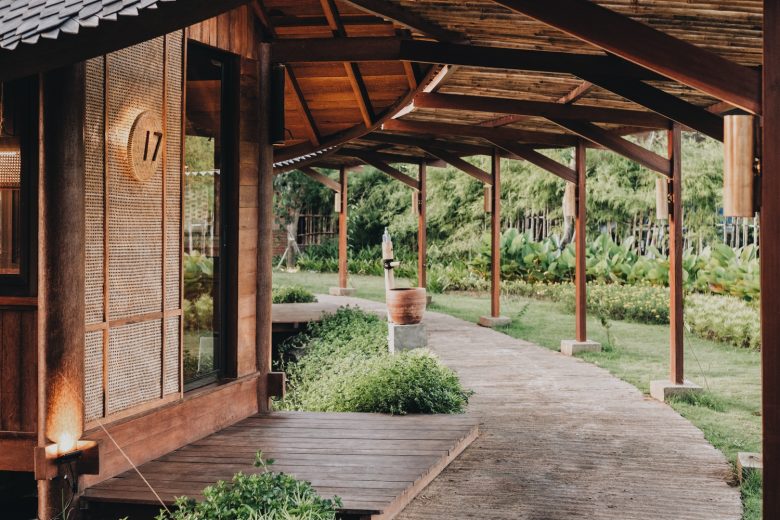 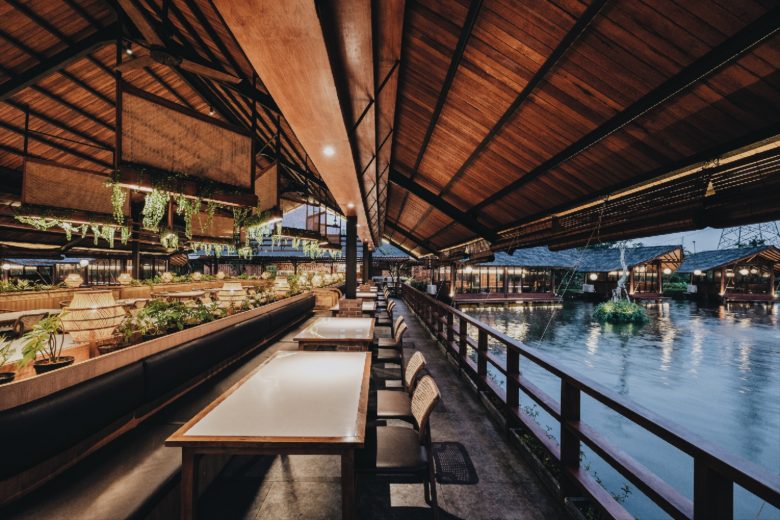 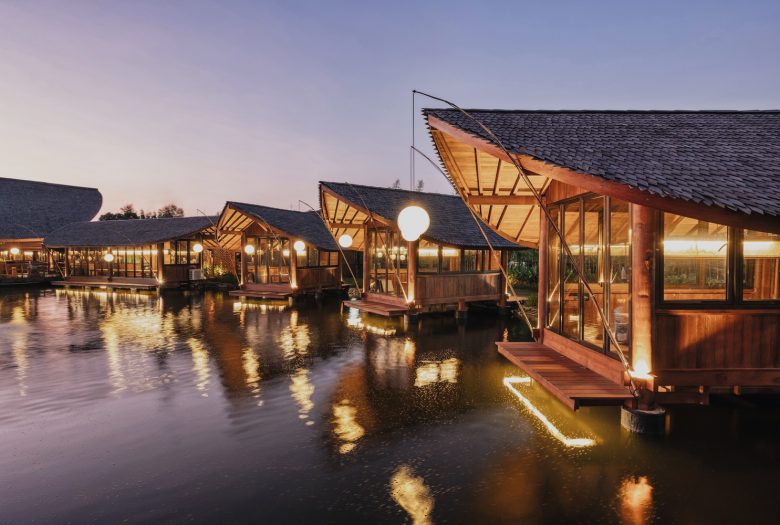