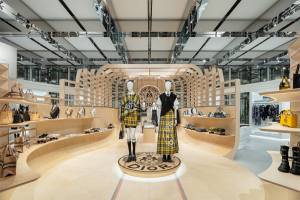 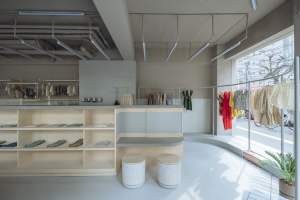 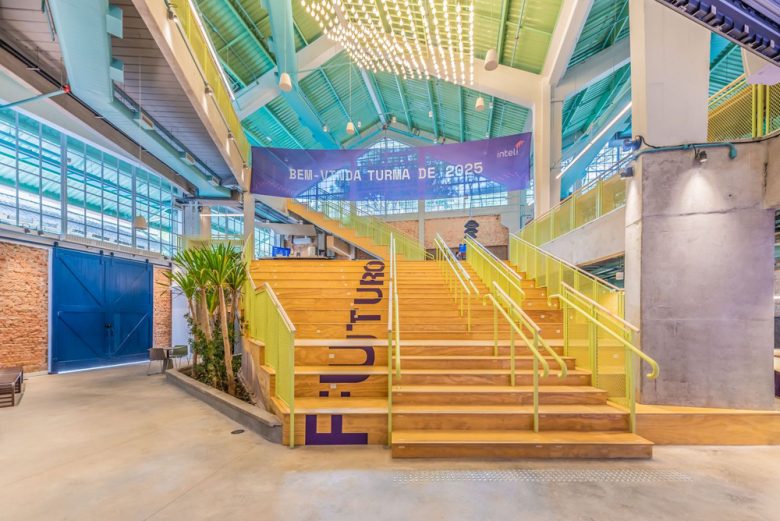 The project comprises a 968,75 sqft complex, with 3 buildings and a large outdoor area that connects everything. The main entrance leads the users through a marquee to building 06, the cafeteria, where there is a large covered eating area with overhead lighting, wooden decks, a wellness room, and pedagogical support for students and families. Permeating this building is a large garden of Atlantic forest with a reflecting pool that connects the cafeteria to the educational building, where there is a central square, cafes, library, laboratories, classrooms, spaces for self-study, student support, auditorium, meeting rooms, and coordinators.

From the analysis of the client’s website and program, the essence of the project arises from the objective of reflecting all the pedagogy and teaching methodology of the new university in the built space. Inteli’s teaching proposal is to use the agile methodology, common in the corporate environment, mainly among technology companies, as one of the bases of the learning methodology.

This working method emerged in the late 90s, through the agile manifesto, in which, frustrated with the current state of working methods, they sought to reformulate the current models, transforming them into more flexible and simple processes. The architectural party then appropriates the concepts discussed above to make the “Classrooms” an educational manifesto, deconstructing what is a traditional classroom in order to reflect the proposal of agile and innovative teaching.

The workshops were designed to decentralize the figure of the teacher, placing students also as protagonists of their own teaching and future. For this, none of the rooms has 4 sides, on all the walls we have spaces to write and design and eliminate the notion of “front and back”. The teachers in each studio have their desks in different positions in each room, always between the students’ desks, so that interaction is stimulated spontaneously. Teaching is divided into theoretical, self-study, and practical parts.

Students from different courses in the first years have the same content base while working in groups of 8 people during sprints to solve real problems for NGOs and other institutions. Within this classroom dynamics, the trapezoidal tables were developed in such a way that when joined, it offers 9 sides, being able to solve the following premises: All students see each other, see the teacher and the projection walls; Tables that could provide more usable space inside the studios; Possibility of mobile and folding televisions at the end so that the community can create other types of interactions between groups, teachers and other parts of the world.

The volume of the internal project is born first of the constructive potential of the building, with the possibility of increasing 2 new floors, but with a ground floor without lighting, the idea was to create voids on the periphery of the slabs so that natural light enters in abundance also on the floor. ground floor.

The vertical volumes of the walls and the relationship one time in a wide and open square and time in a corridor very close to the roof and structure of the building comes from the proposal to create a simple and friendly environment, but rich in spatial discoveries, in order to stimulate brain plasticity and users’ creativity. They also act as a principle to mark very well and with respect what is new construction and what is the recovery of the existing building. 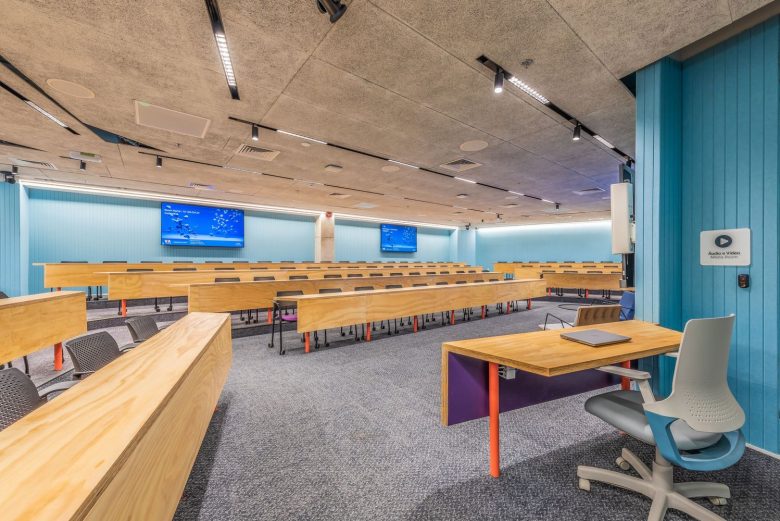 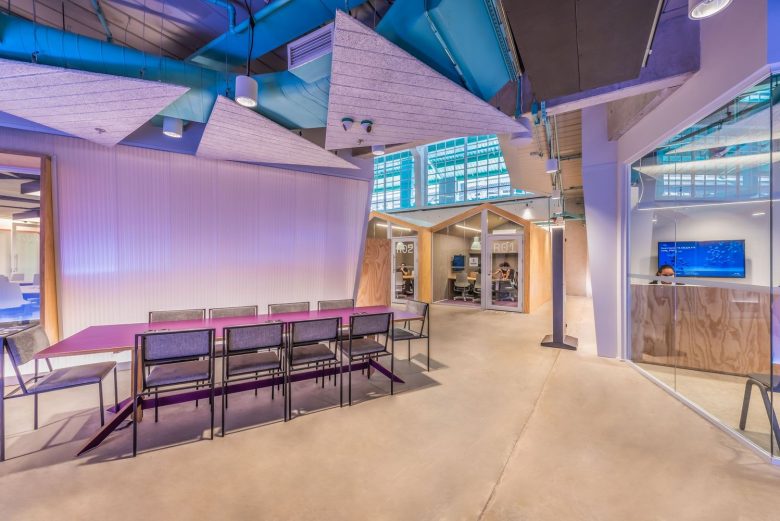 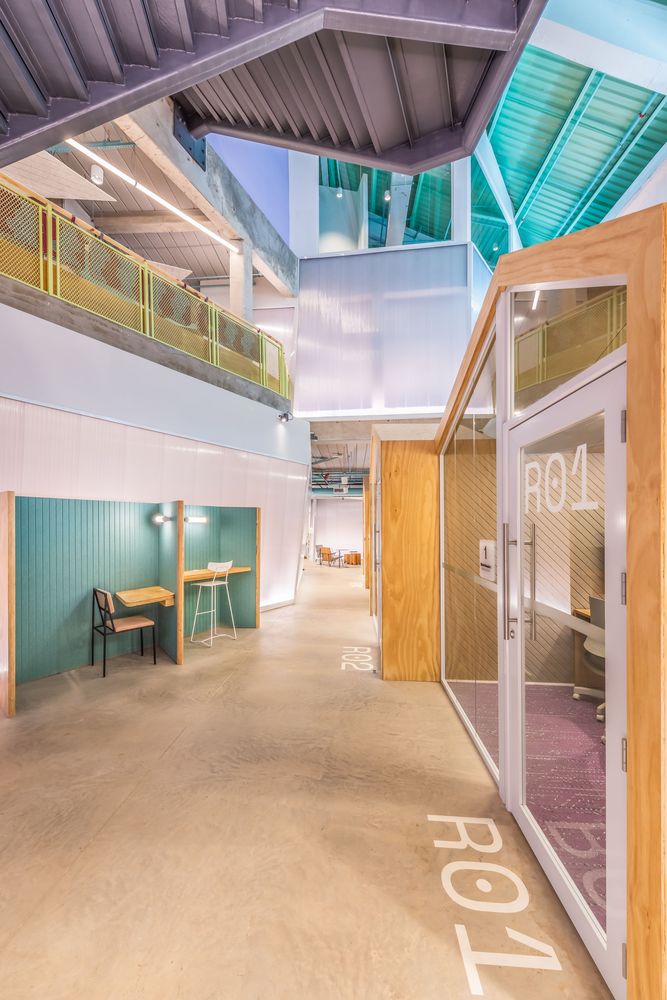 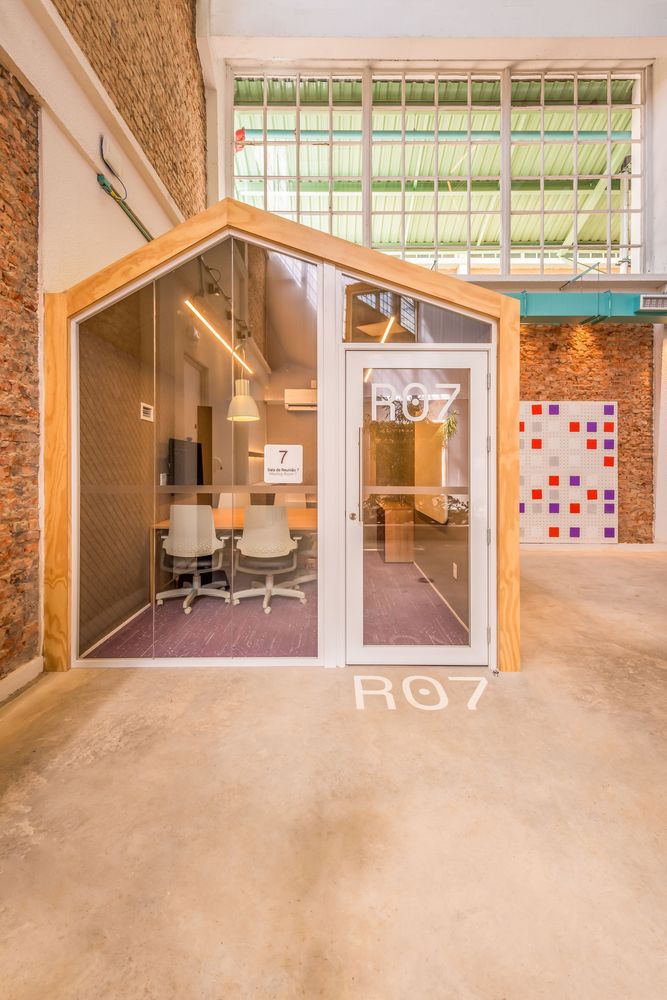 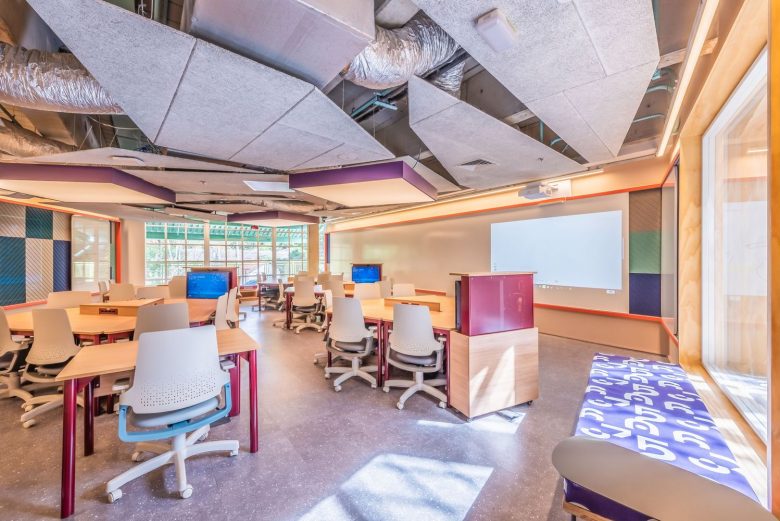 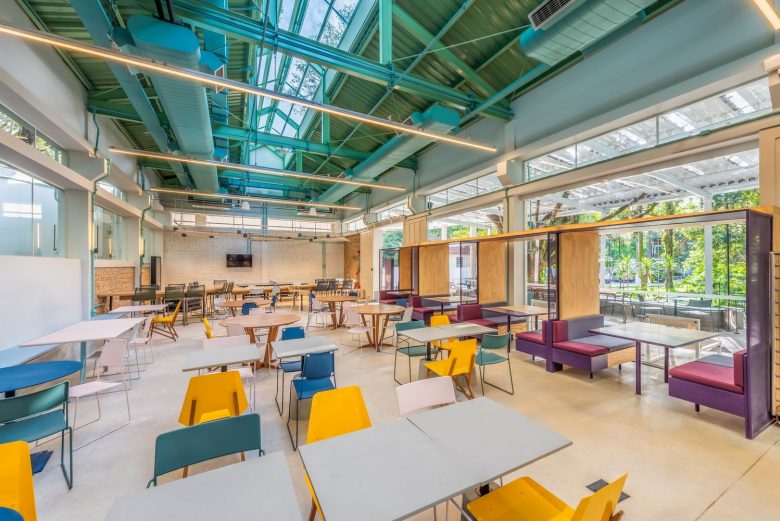 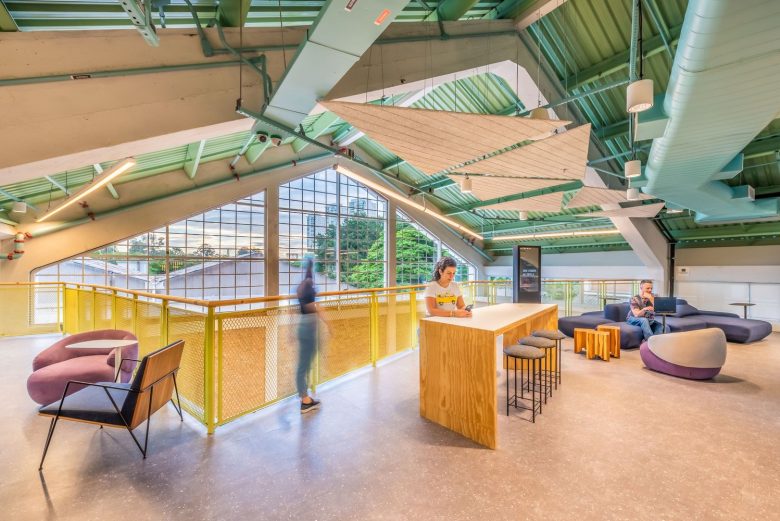 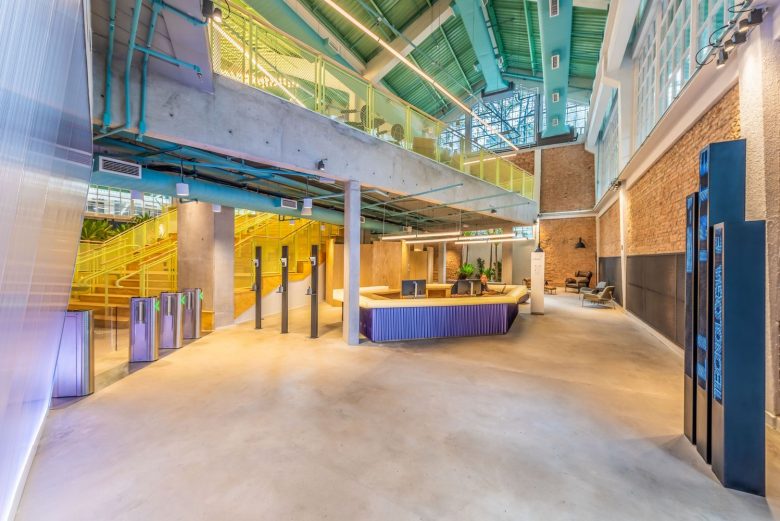 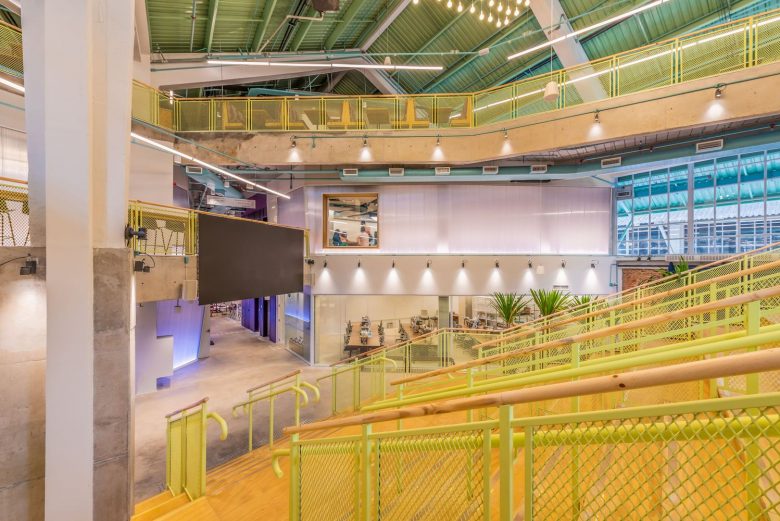 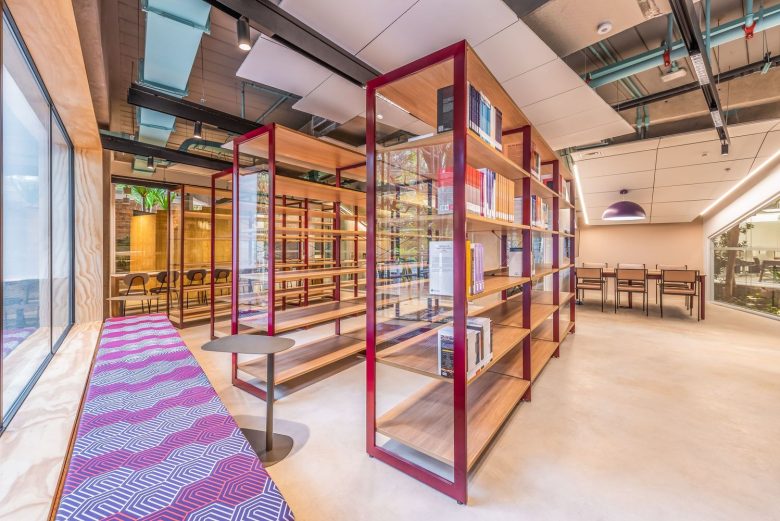 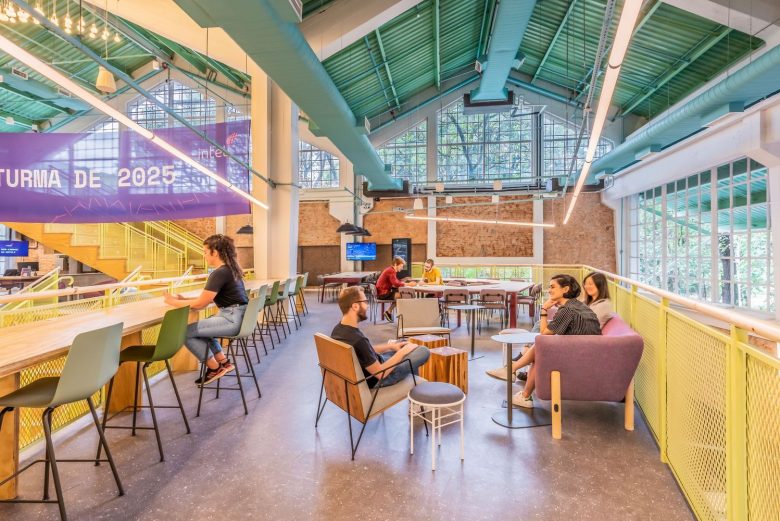 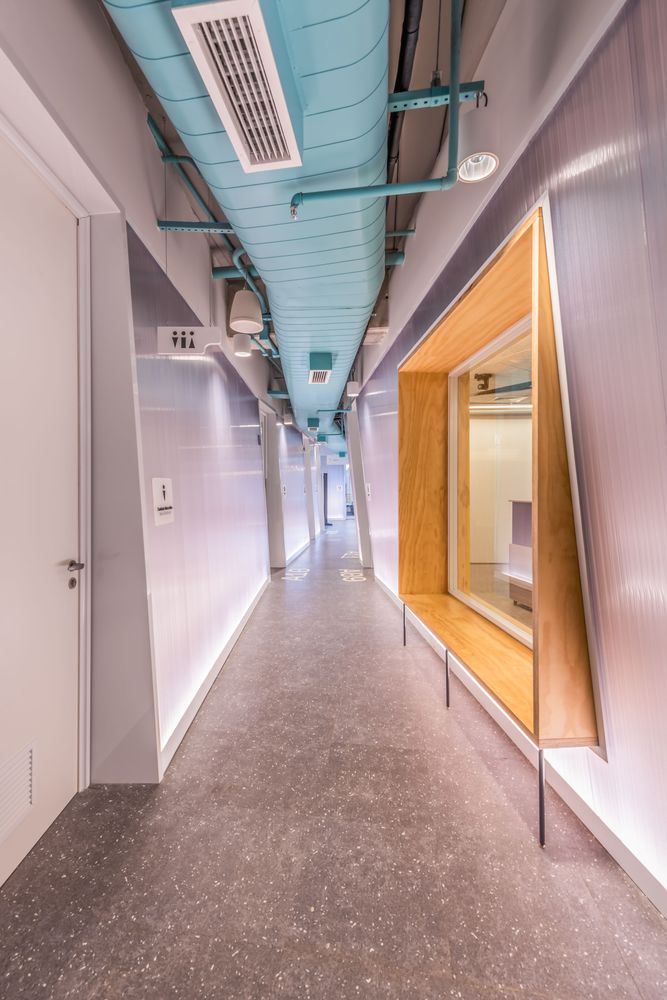 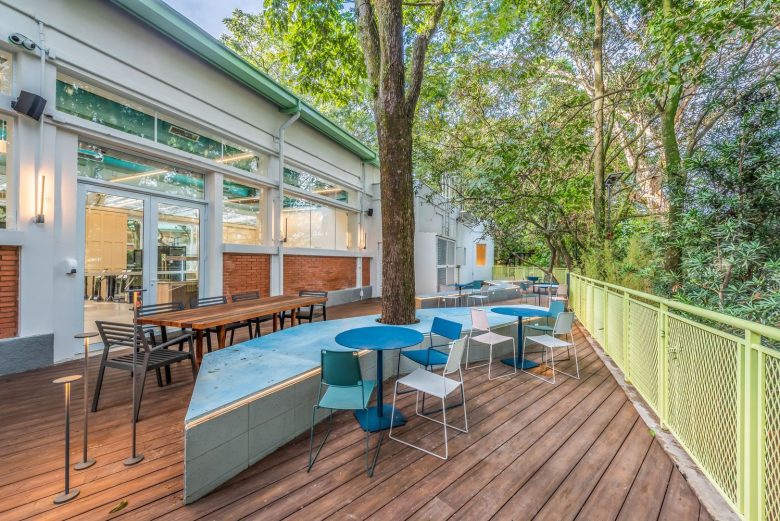 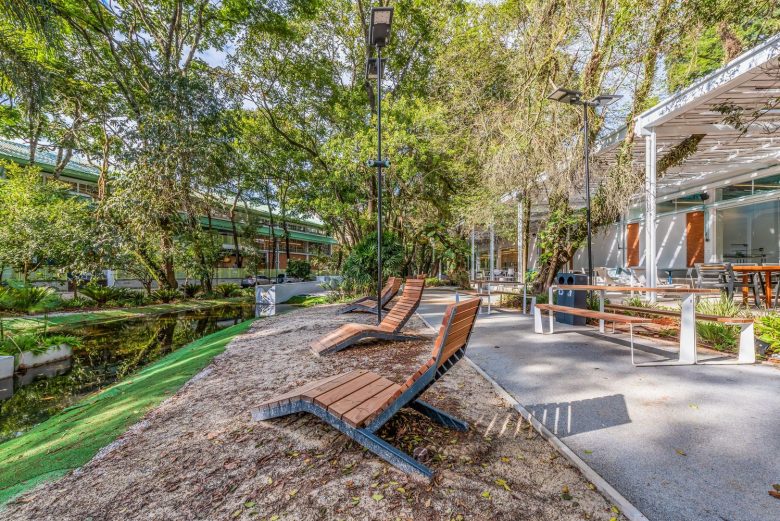 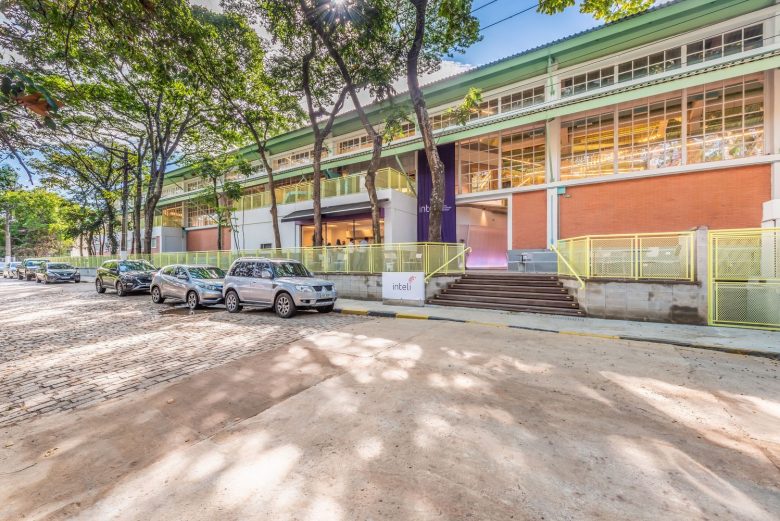 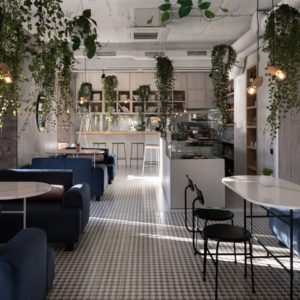 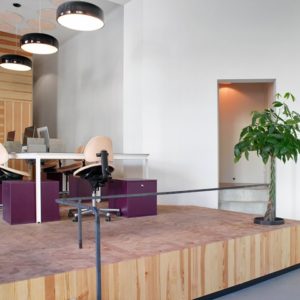 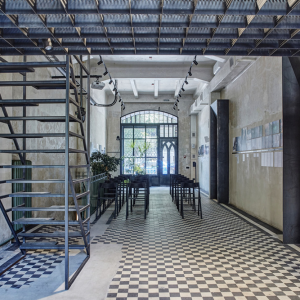 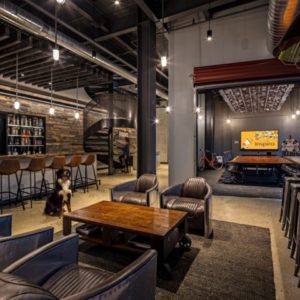