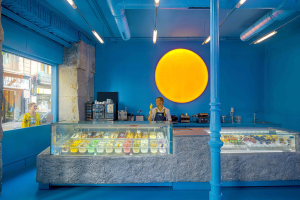 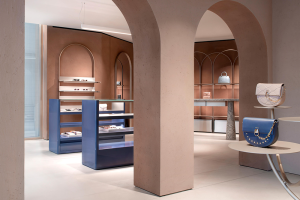 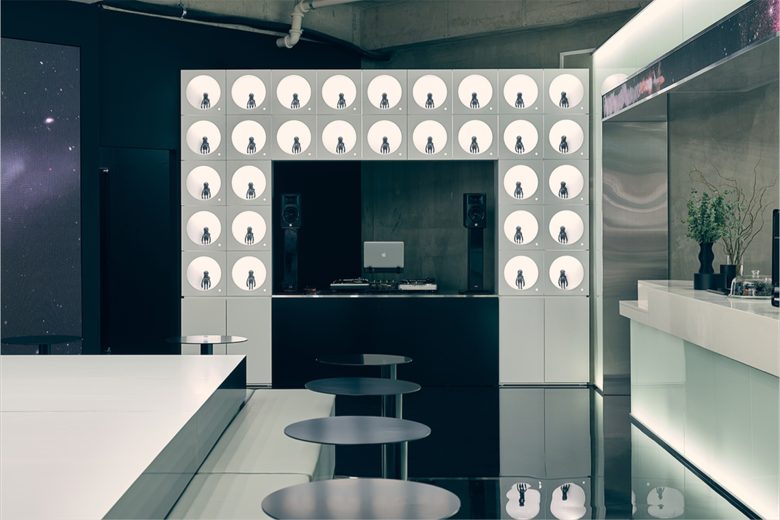 Founded in 2013, Space Monsters Contents a.k.a. SMON is a highly acclaimed Seoul-based studio which, as its name already implies, is engaged in the production of advertising and promotional content for numerous leading home grown and international companies. In a bold move, SMON has inaugurated a design-led store and café in the South Korean bustling capital that not only signals its strong creative vision and obsession with outer space, but also a tech-savvy stature. Dubbed ESC, short for Extraterrestrial Space Corporation, it occupies a 146 sqm. (1,572 sq.ft.) ground floor unit of a modern building in the city’s Yeoksam-dong business district and is designed by the company’s director Young-ki Kim and his in-house design team. Inspired by outer space, the understated setting is anchored by a large rectangular artwork display lined with low benches and sleek steel tables.

On one side, a vendor machine can be found that will be filled from coming October with ESC‘s very own series of witty digital toy NFTs and NFT art. Directly opposite sits a so-called Space Infusion laboratory, housed in a backlit booth, which serves ESC‘s signature concoctions, and Space Confection, the shop’s signature sweet desserts. A fully equipped DJ booth at the far end, encased in a futuristic frame of porthole cabinets, reinforces the lifestyle element of the venue, and it’s flanked by a floor-to-ceiling screen which features a rotation of specially created content by SMON. An overarching bare concrete ceiling ties in all elements of the ESC store. As for the art display, it’ll feature collaborative presentations with various artists. The inaugural piece on display is Column no. 9, an artwork inspired by an imaginary meteorite crash in Brooklyn in New York City. While clearing out the ruins, among the broken pillars that were struck by the meteorite, strangely shaped fluorescent mosses were growing on the ninth pillar, and this discovery was reported to NASA.

According to the analysis by NASA, the specific mosses never existed on Earth, and there is an ongoing research as they are the first living organisms from outer space. As of yet, only replicas have been released to the public under NASA‘s control. Yes, go figure! So, what’s on ESC‘s menu list? First and foremost, an innovative series of infusions, or syrups, each with a unique taste, colour, texture and last but not least, quirky name – think: Liquid from Mars, Love-Heroine and Stardust Ecstasy – which can be mixed with any drink of choice. The drinks are paired with pastries, or in proper ESC lingo, Space Confection, and sees experimental cakes that seem to contain the universe as well as cookies with unique colours and textures. Additionally, there’s a range of other goods on sale, such as branded ESC T-shirts and branded special items, including Nike Jordan 1 sneakers, an iPhone 13 case, and a burned Multiverse book. 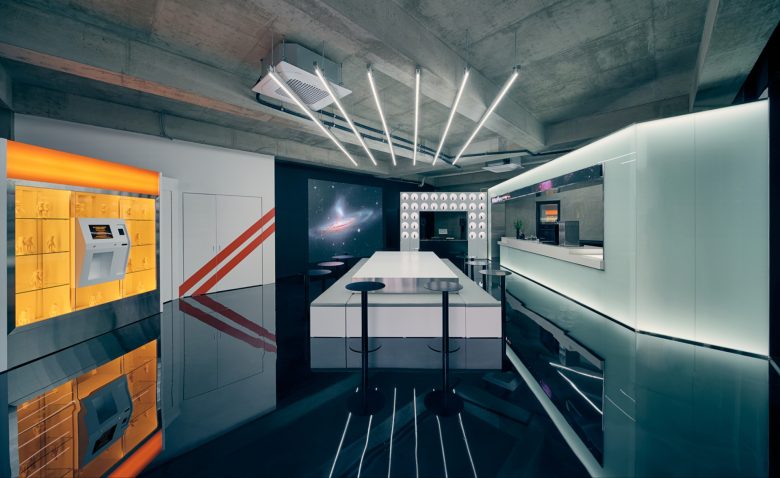 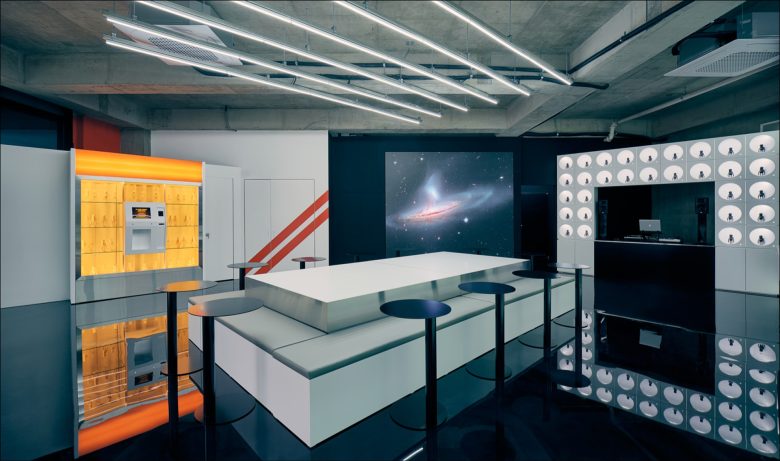 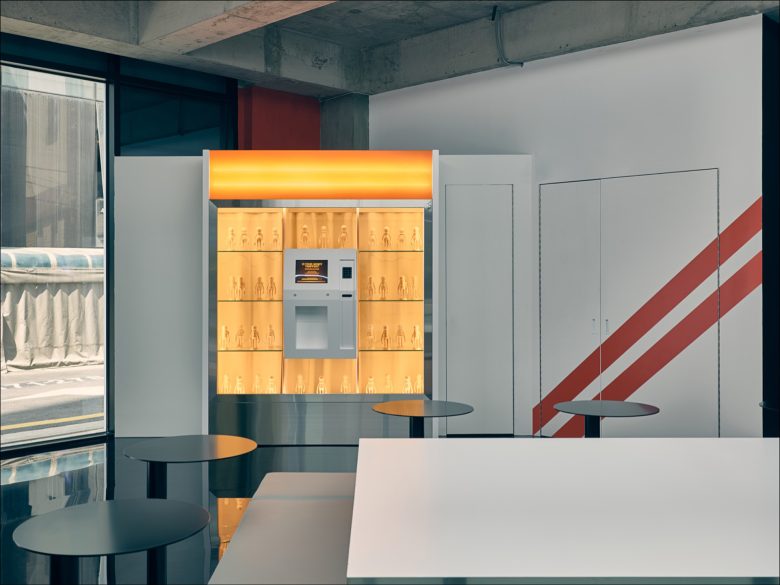 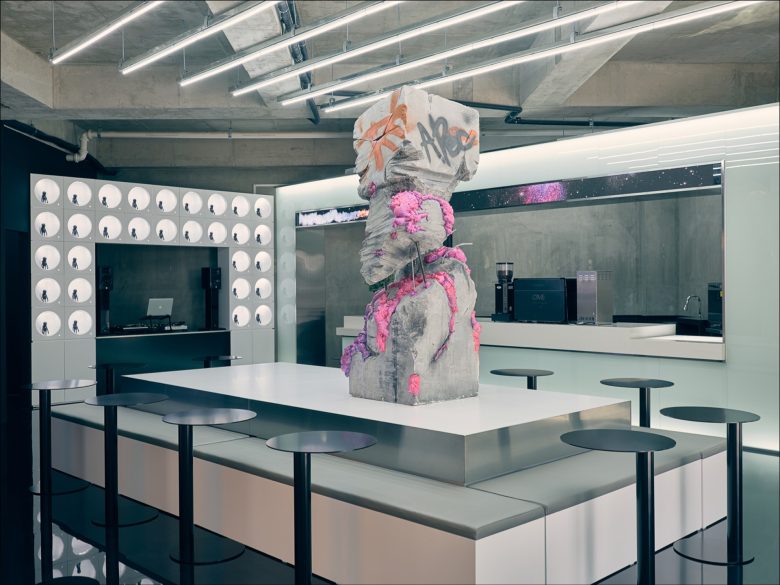 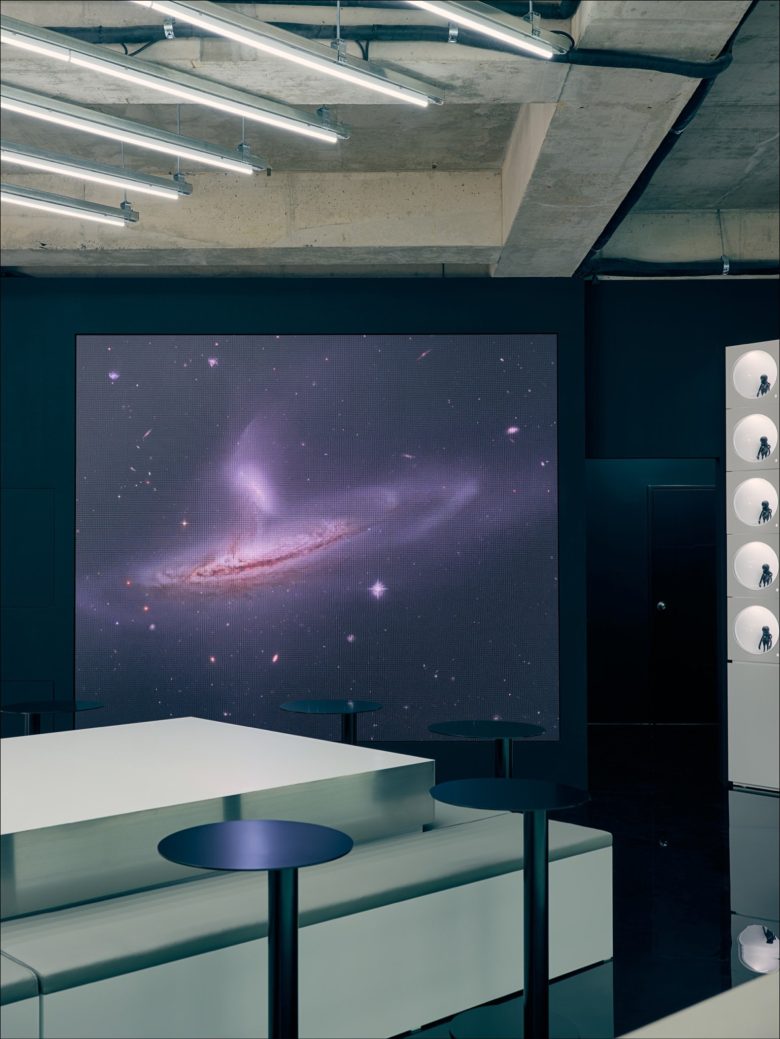 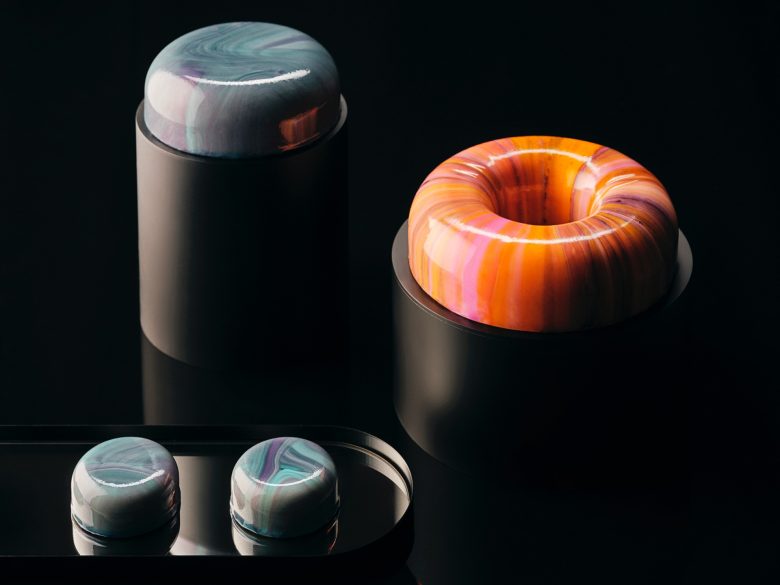 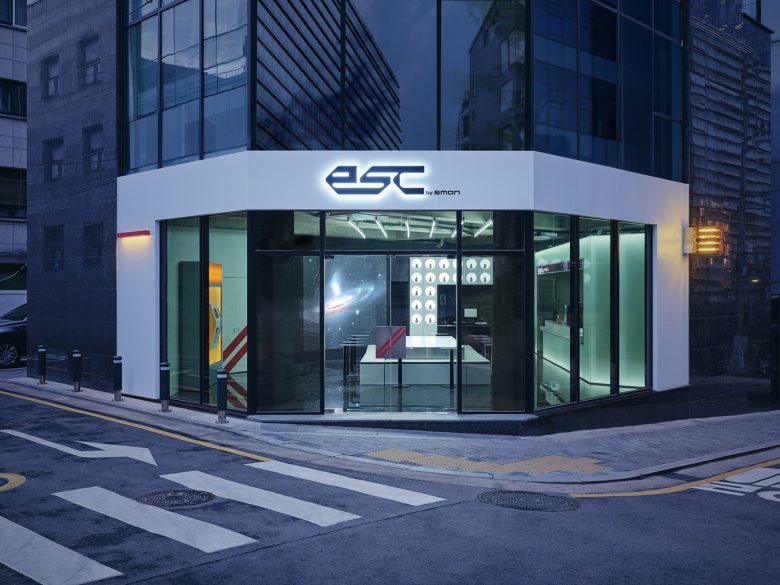 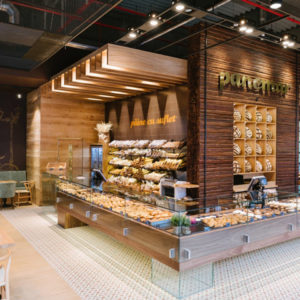 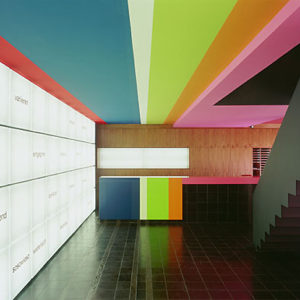 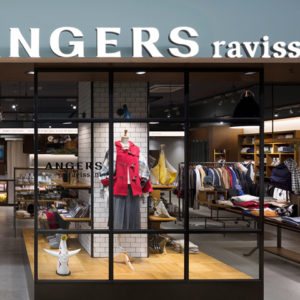 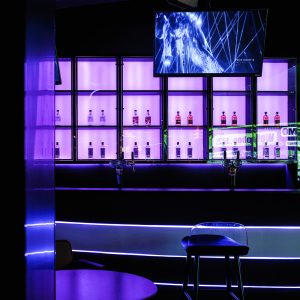