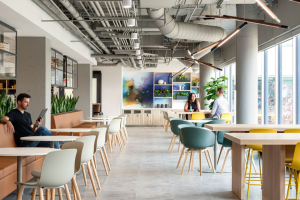 sted Dessert Café by design by 83 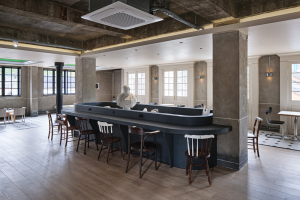 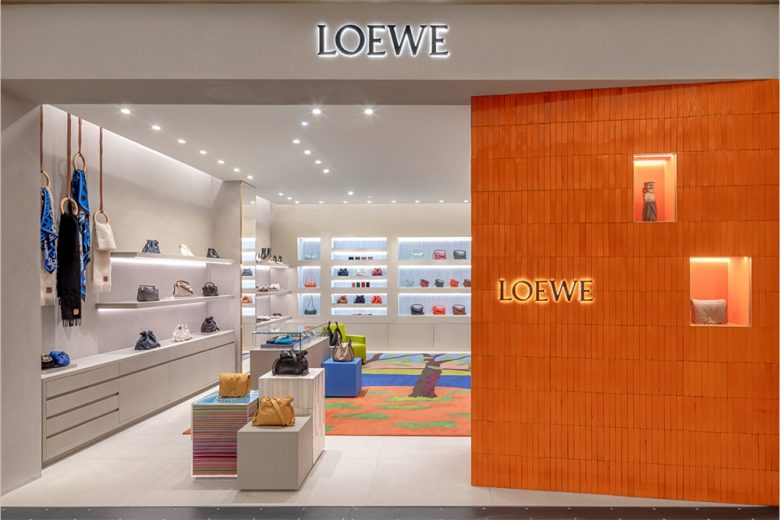 Following a flagship store in Munich, which opened its doors little over two years ago, LOEWE raises its profile further in the German market with a shop-in-shop on the premises of KaDeWe, Berlin‘s leading luxury department store. The retail space, situated on the ground floor, measures 75 sqm. (807 sq.ft.) and features the signature design codes as laid down by Jonathan Anderson who has very successfully helmed LOEWE since 2013. The palette includes materials such as concrete, maplewood and beautifully crafted blue and orange ceramics handmade in Spain which audaciously references the house’s roots. The brand’s free-spirited approach and playfulness is captured by a carefully curated range of furnishings and objects, such as a colourful wool carpet by La Alpujarreña that’s based on a tapestry by British textile designer John Allen, an Utrecht chair by Dutch designer Gerrit Rietveld, and podiums made of blue pigmented concrete and white ceramic. Last but not least, signalling its ongoing commitment to art and craft, LOEWE has chosen to exhibit Pablo Picasso‘s Femme pitcher. Crafted in 1955 from terre de faïence, it’s numbered 54/100 and inscribed Edition Picasso. The new LOEWE shop-in-shop stocks women’s accessories, bags, small leather goods and shoes. 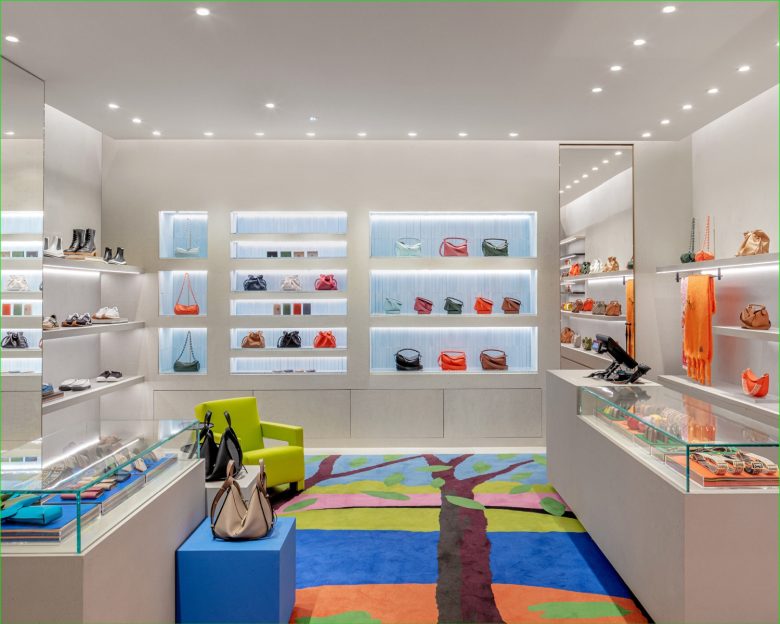 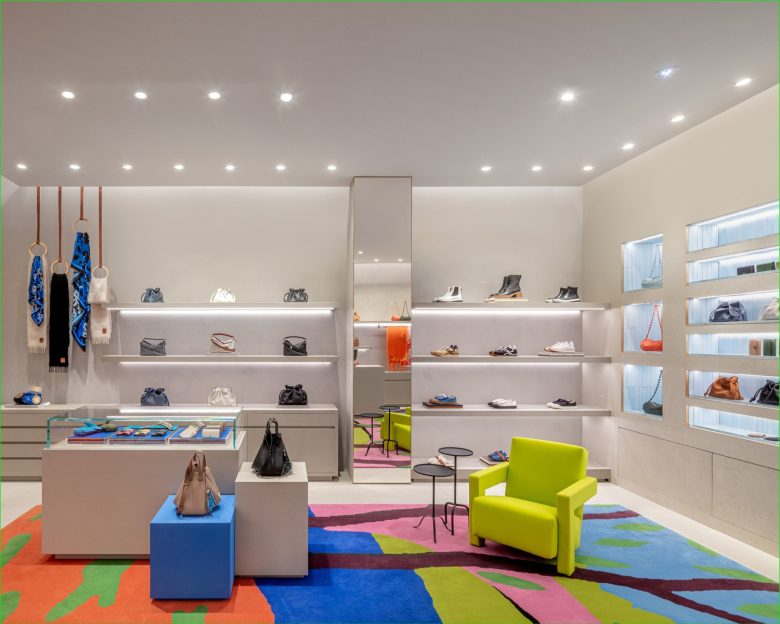 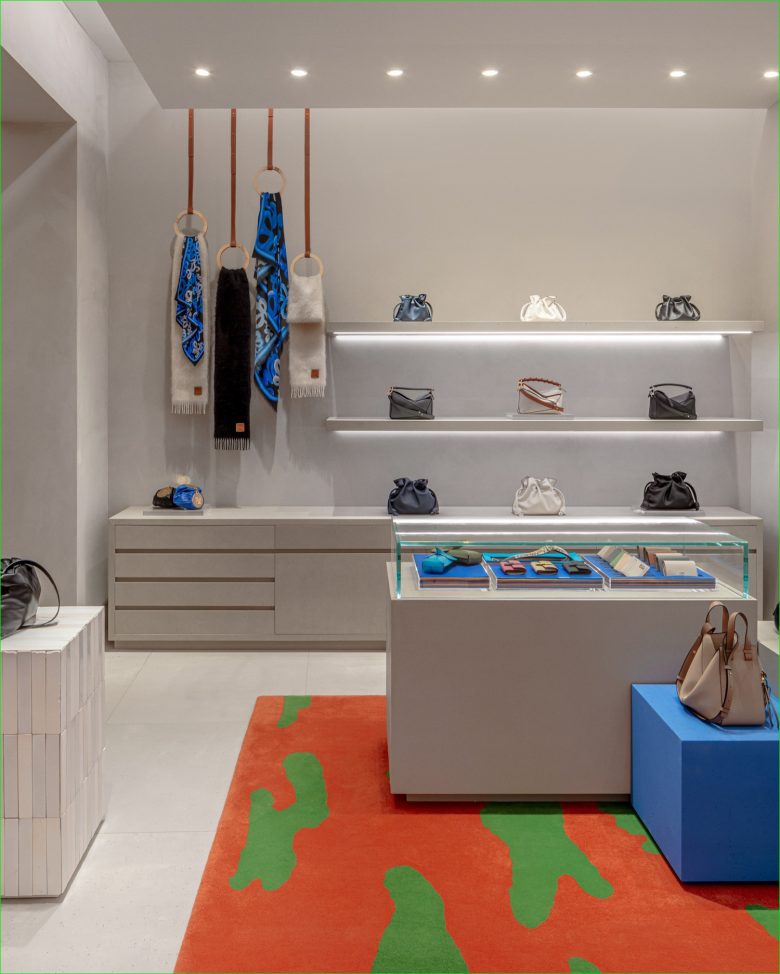 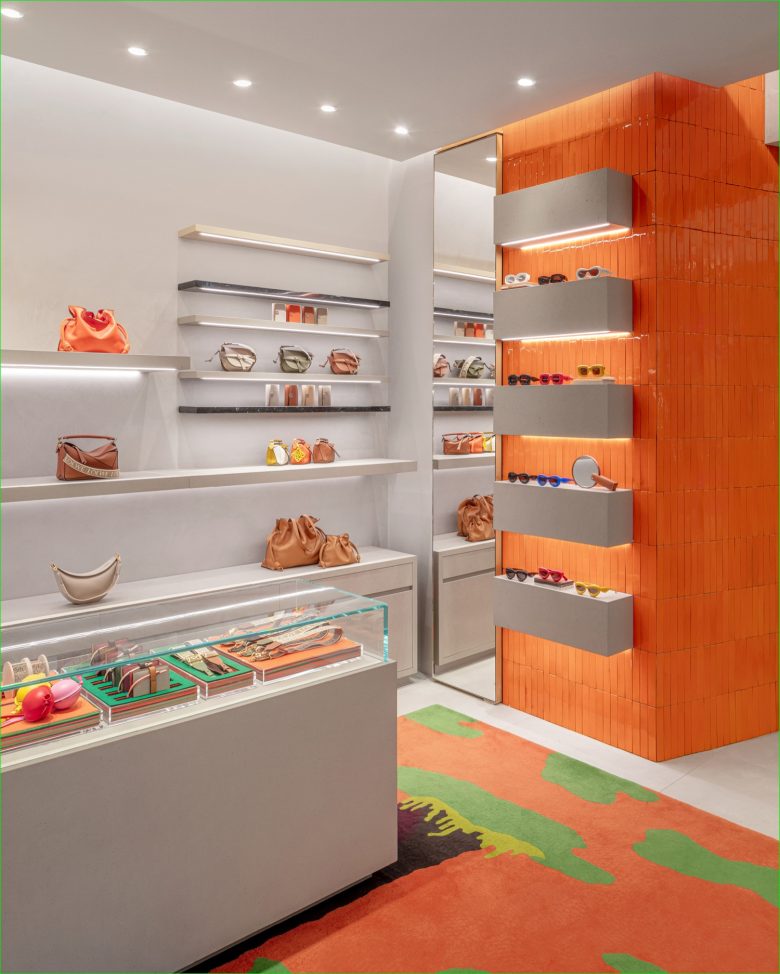 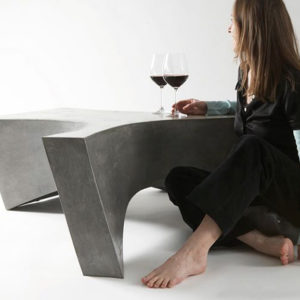 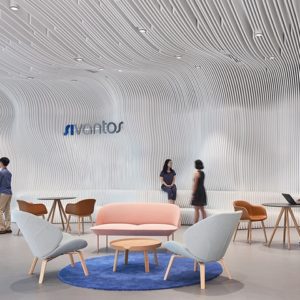 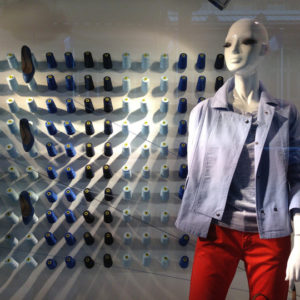 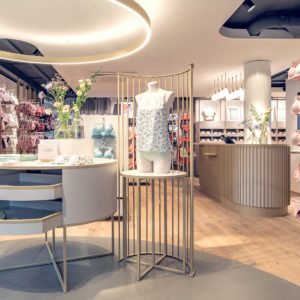