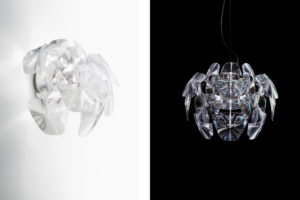 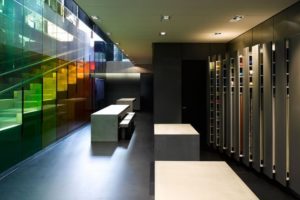 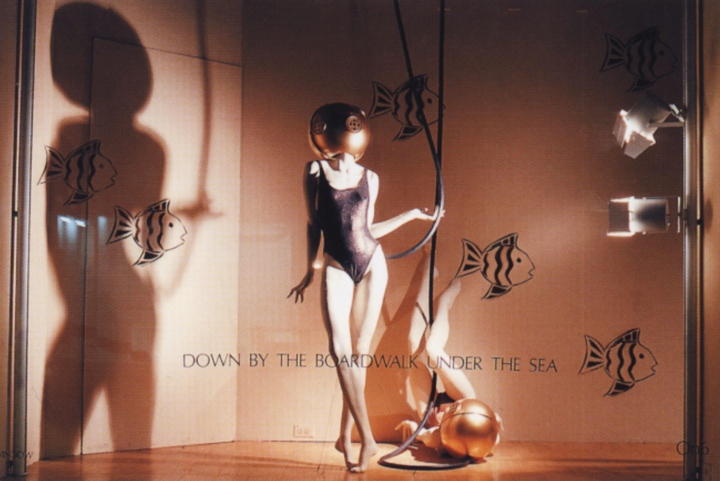 Gone but never forgotten!! From the files of yesteryears we recall these swim suit windows that were especially admired—and talked about. Sure! Some of the bathing suits may be dated but the presentation concepts are still valid and ready to be adapted to new uses with newer merchandise in today’s windows. Lord and Taylor’s windows have an “elevator” construction. The window floor can be
lowered down to the basement to be trimmed and then raised to any level between the basement, the street or even above street level. By lowering the floor to below street level the designers were able to affect the illusion of a pool with mannequins down in the pool and others sitting, at street level, around the pool. Bloomingdale’s window stay just where they are so they didn’t lower the floor—they raised the water line. The illusion of mannequins standing in blue water was achieved by stand­ing the mannequins in a blue plastic box with openings cut out for the legs. The tube “float­ing” on top adds to the illusion. Garfield’s went undersea diving with pseu­do diving helmets made of plastic globes and yards of water hose connected to create the desired effect. The “fish” were painted—along with the air bubbles on the rear wall. Macy’s used assorted blown-up wading pools to create a fun setting and in another promotion used translucent shower curtains—polka dotted—to create an in and out shower effect for the polka dotted swim suits.

BUT—for sheer humor and imagination—note the Bergdorf display with swim trunks being caught up in fish nets. 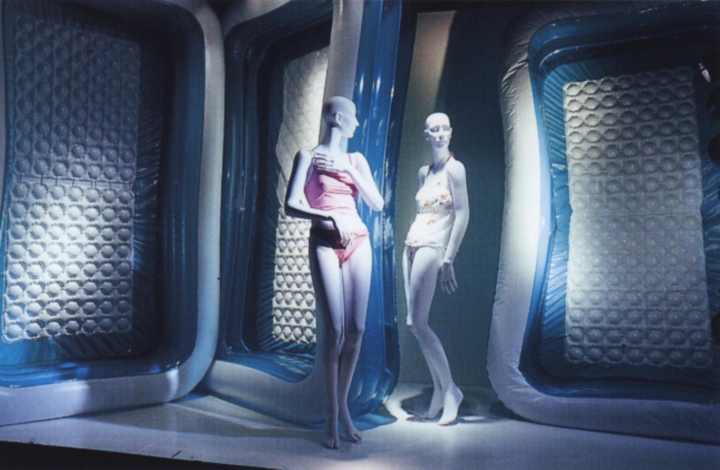 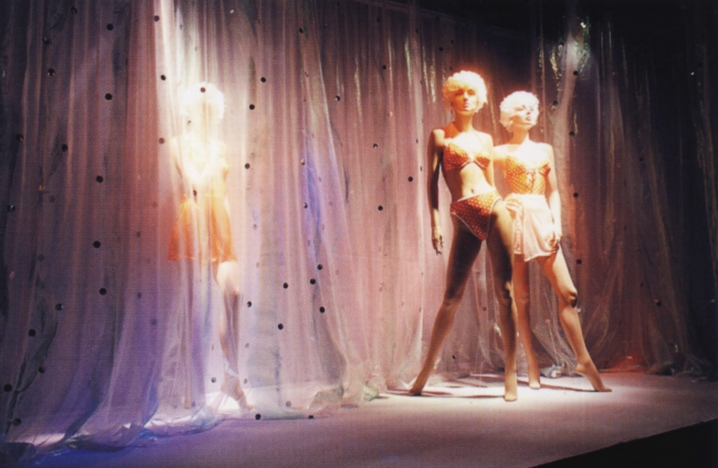 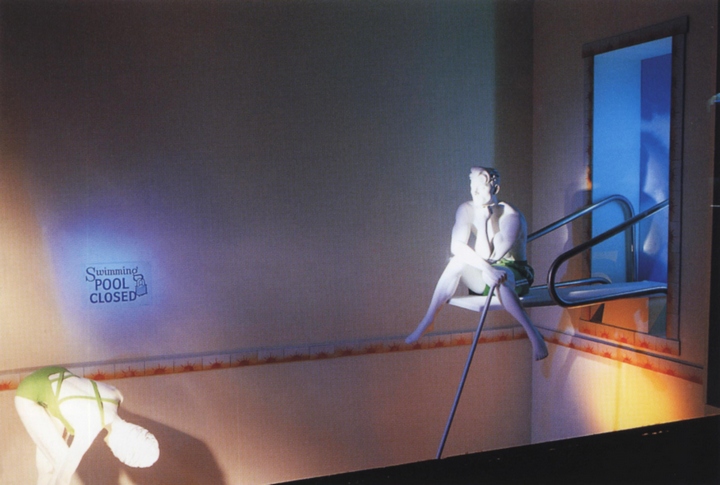 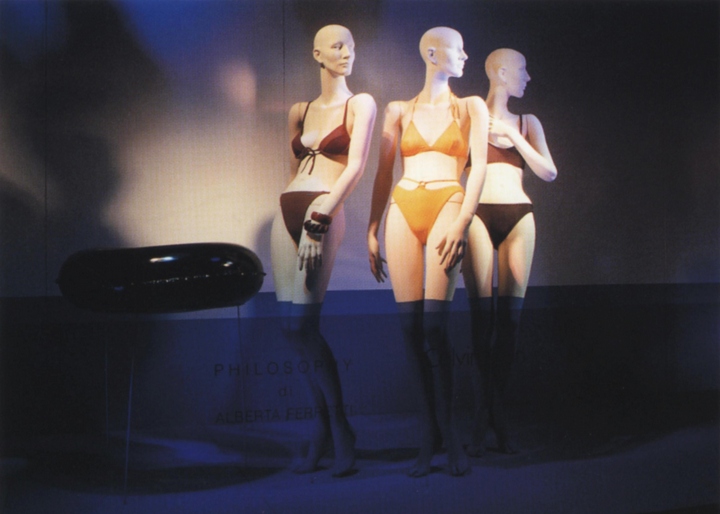 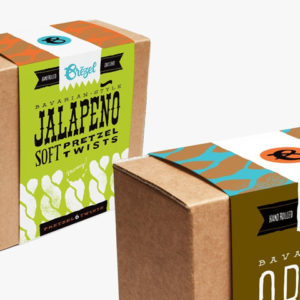 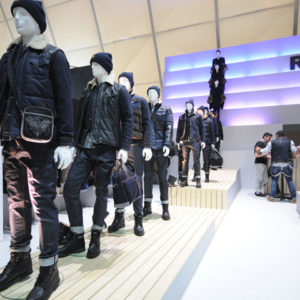 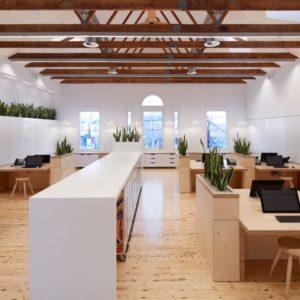 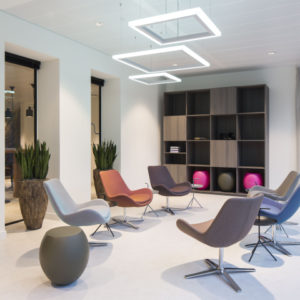