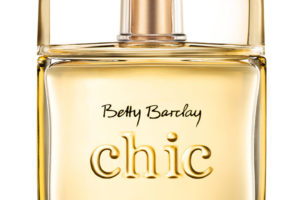 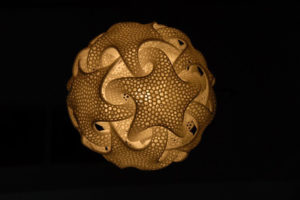 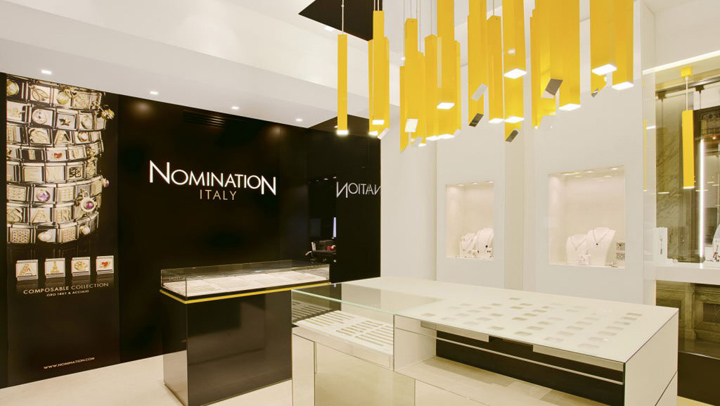 The concept for the store derives from the necessity to put together the essential, rigorous lines with elegant and precious materials. The counter becomes a reflecting panel in dark glass, that reveals a warm yellow stripe, the color that represents the brand. The yellow stripe repeats itself in the Miyako lamp designed by Studio 63 for Danese. An installation of suspended Miyako lamps above the main display counter, creates a dramatic focal point of color and light. The store is furnished with shelves and drawers that allow the maximum functionality of the space. The illuminated display boxes are lit with innovative spot led, and are made with round and soft angles that cuddle the jewels. Nomination stores have been opened in Vienna, Shanghai, Beijing Hanover and next opening in Milan. 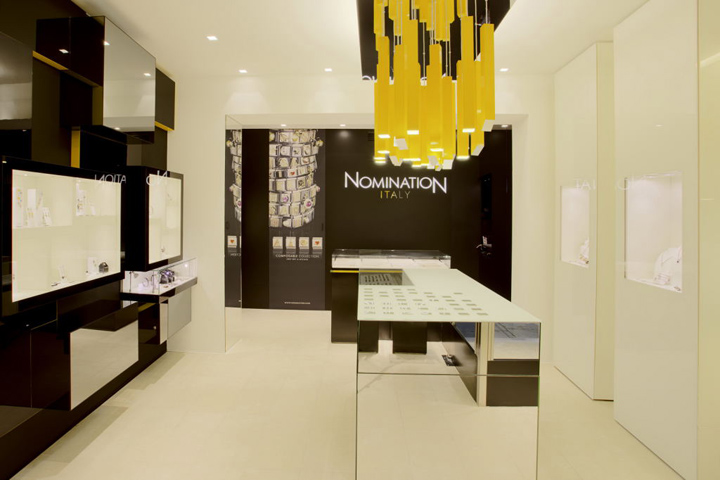 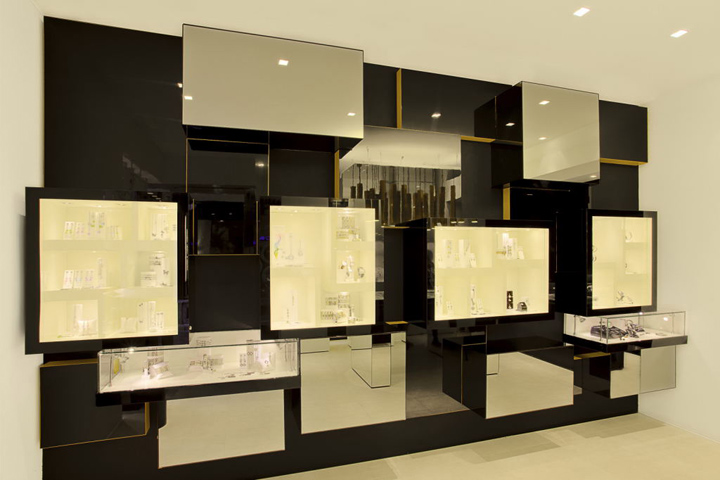 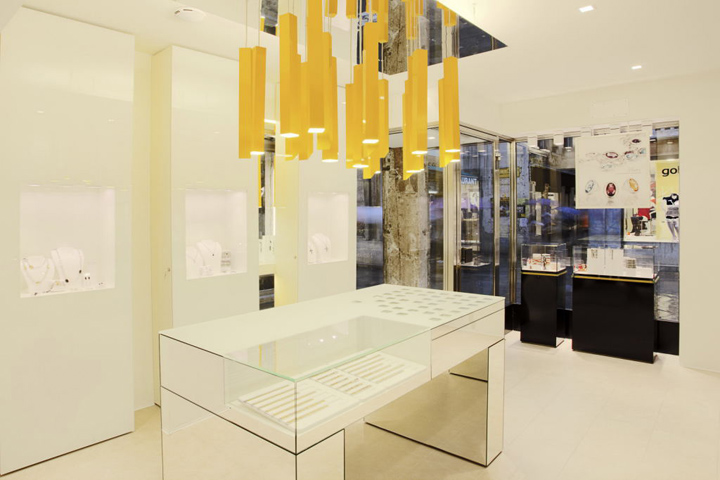 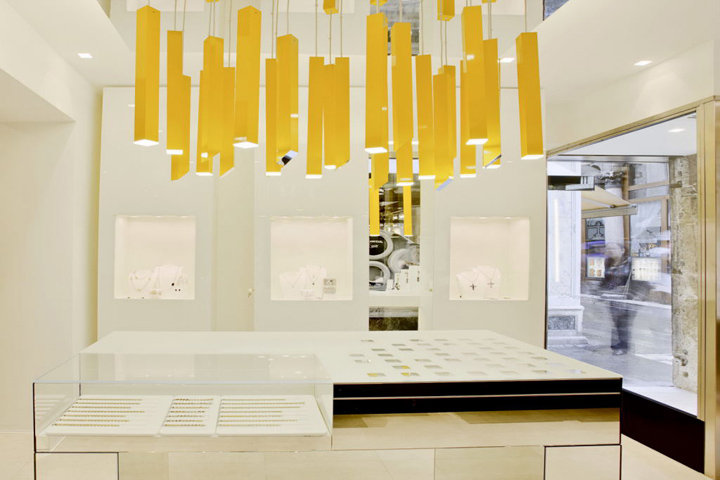 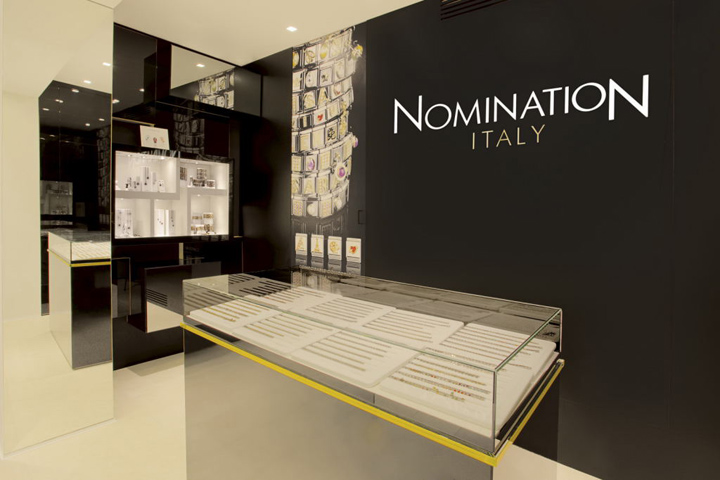 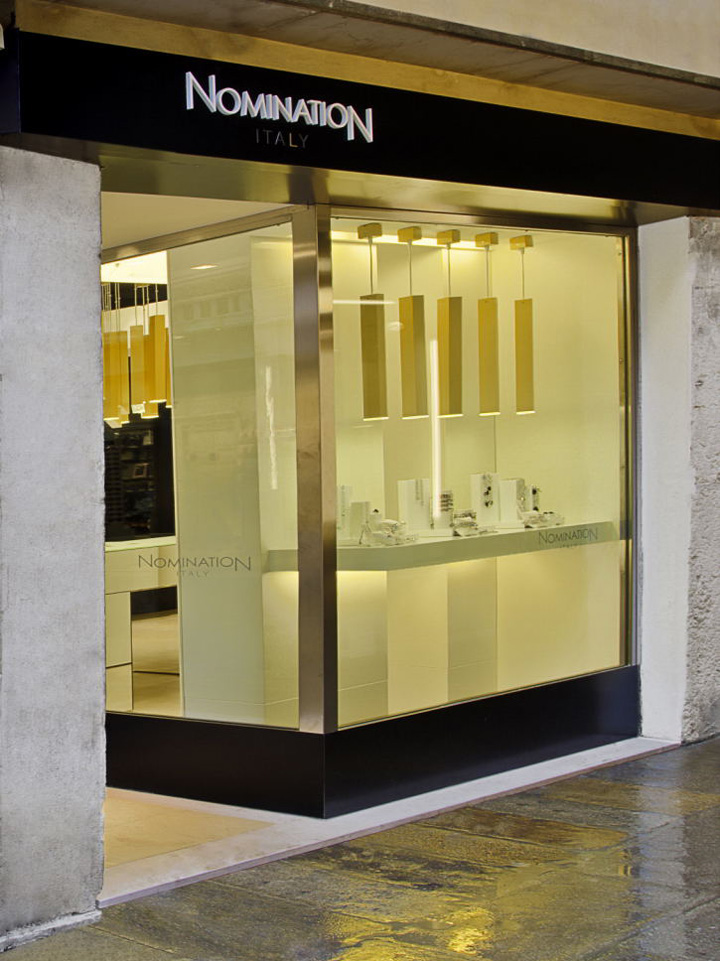 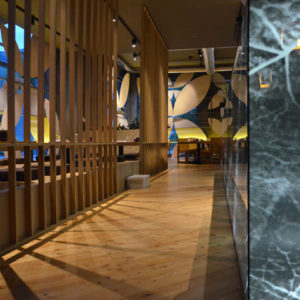 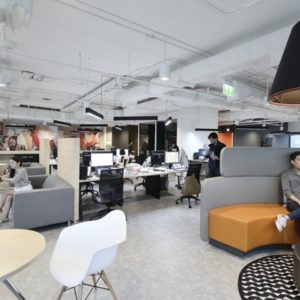 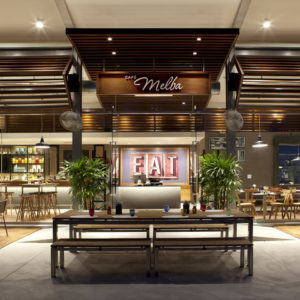 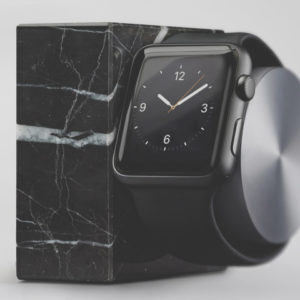