Haberdash fashion shop by Form Us With Love, Stockholm 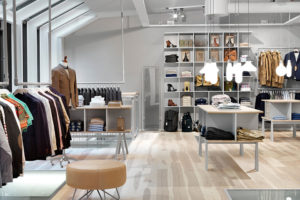 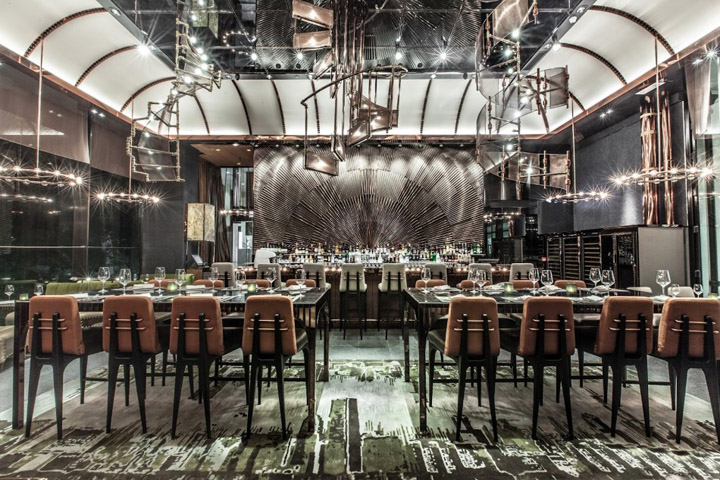 The AMMO Restaurant nestles within a modern streamlined architectural feat whilst boasts a contrasting backdrop of tropical, almost primitive, greenery. Built by the British army in the mid-19th century, the former explosives magazine compound is a culturally and historically significant site. Through these juxtapositions, the diner is at once confronted with a design that is retro yet futuristic; mechanical yet luxurious. Luxurious materials such as leather, velvet and silk were chosen to offset the hard-edged custom fixtures and detailing found in the design. The shades of the chandeliers are crafted out of bent copper mesh and rods. These raw materials reference those used in military and industrial settings. Through these juxtapositions, the diner is at once confronted with a design that is retro yet futuristic; mechanical yet luxurious. Within the restaurant, weʼve utilised three staircases to draw the viewers attention to the 6 meters high ceiling as well as to create a dramatic and dynamic effect within the space. Copper appears as a predominant material in the restaurant space – a material commonly found in machine rooms and industrial settings. 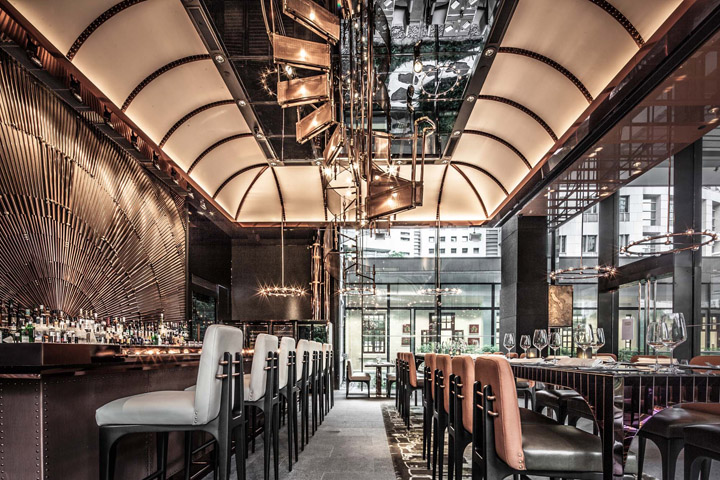