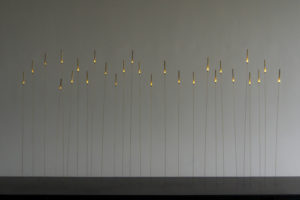 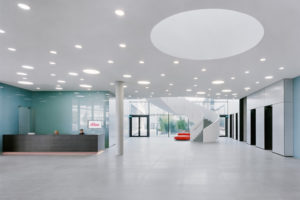 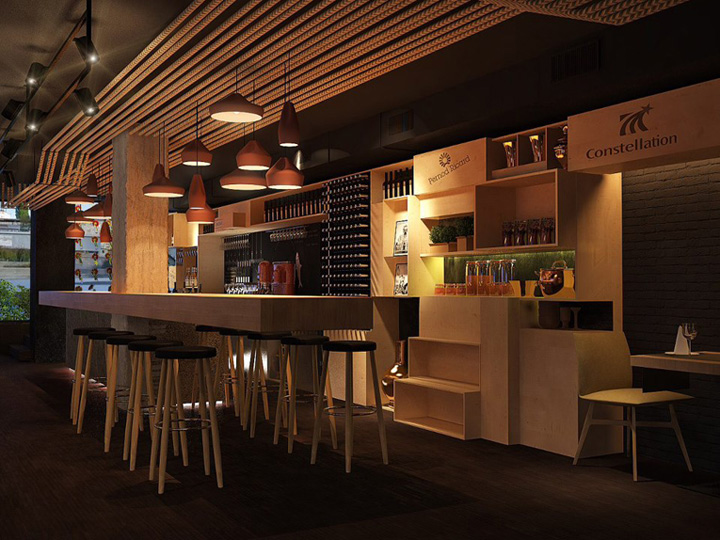 The days of being a backwater town in the Soviet Union are long gone. Kiev is developing a lifestyle infrastructure that puts it more and more on a par with major capitals across the planet. Sure, there have been modern establishments early on but those catered to a more blinged up demographic. Fueled by a growing middle class, Kiev has recently seen a new transformation, and a growing number of appealing shops and restaurants now emerges that we’d happily patronize. One of the latest to open up is Odessa, a rather cool diner serving a wide array of international dishes. previously occupied by a fast-food joint, Odessa’s setting – and culinary standards – couldn’t be more different. Named after Odessa, the country’s undisputed culinary capital and third largest city, it features an elongated bar near the entrance that references the laden market stalls at the city’s renowned pivoz food market. What’s immediately evident are the contemporary wooden furnishings. These are custom-made and add a clean Scandinavian touch. As a nod to Odessa’s seaside location, no less than 30 kilometres of thick rope have been incorporated in the interior design, either meandering across the ceiling or dangling downwards from it. Authentic oars dipped in blue paint are used as ornaments and add up to maritime the vibe. The chairs have been imported from Italy and designer Kateryna Sokolova designed the strikingly beautiful leather lamps that hang over the bar. Chef Yuri Priemskiy heads Odessa’s kitchen, and presents a gourmet menu with international dishes, ranging from salmon steak and filet mignon, to various healthy salads and good old apple pie. And in honour of the coastal city’s culinary fame, the menu also features a section with dishes inspired by its distinct cuisine. Odessa’s bar boasts an elaborate cocktail menu, including all the classics and adventurous local concoctions. 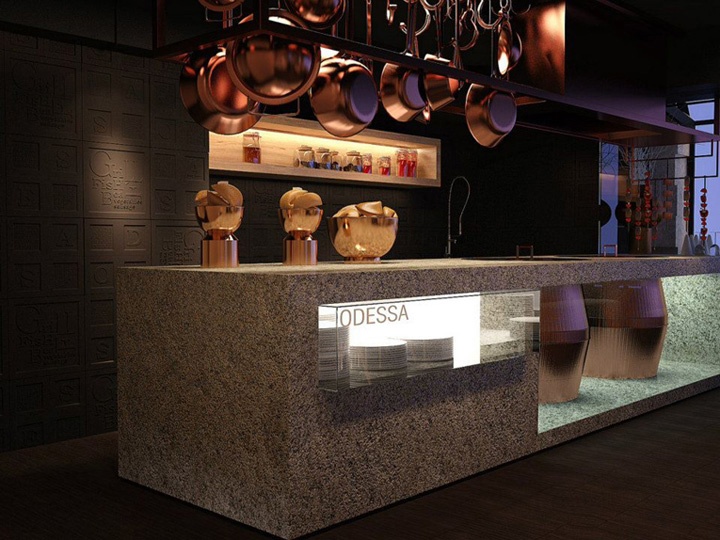 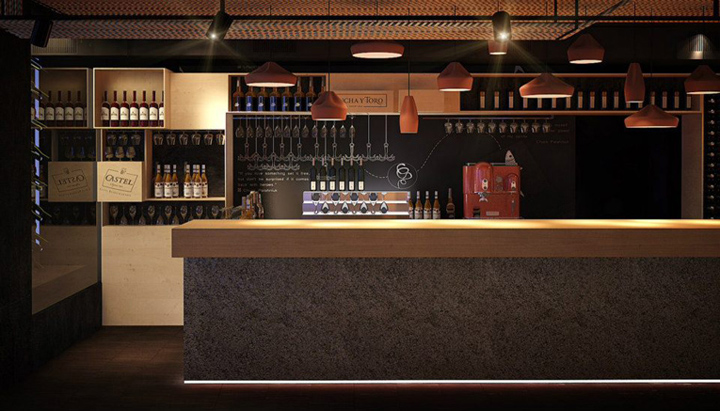 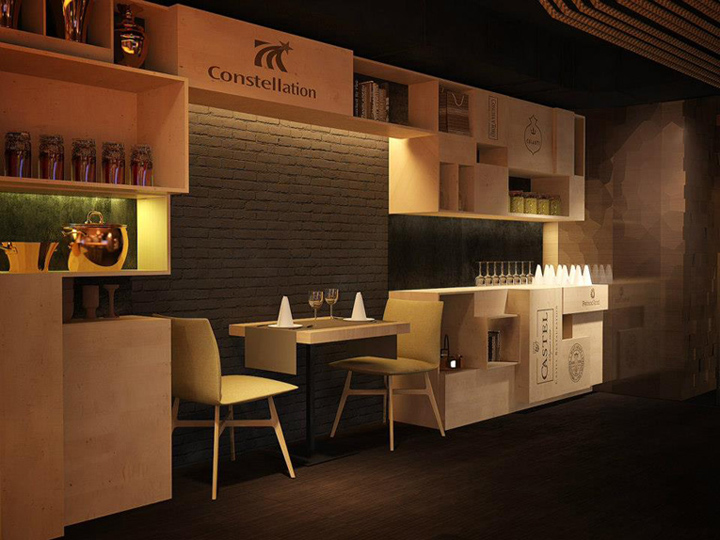 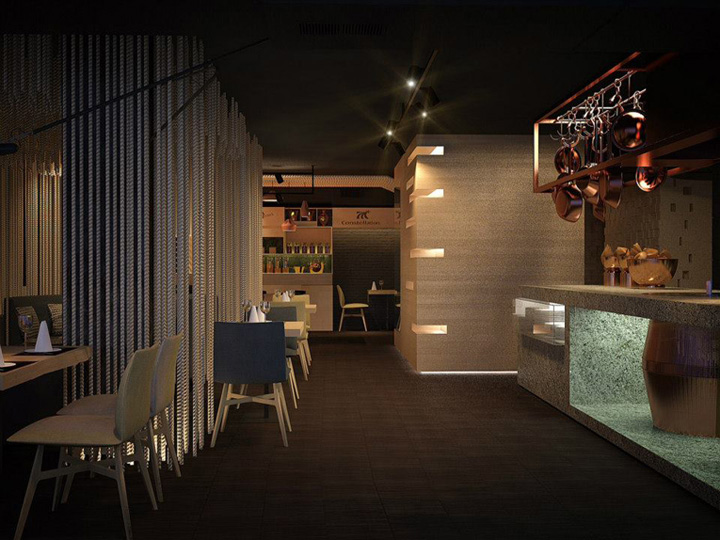 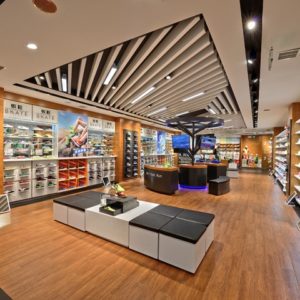 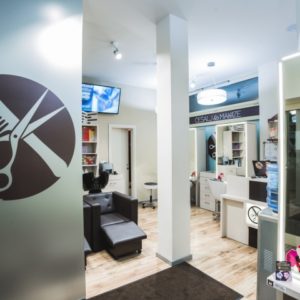 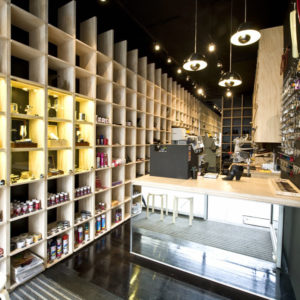 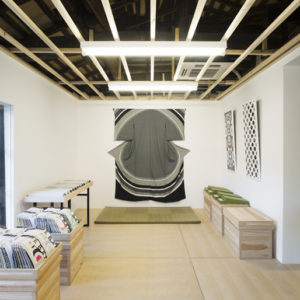