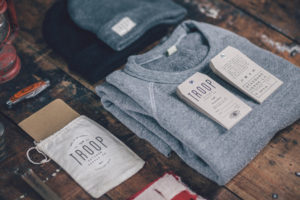 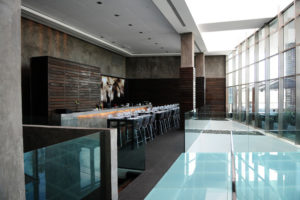 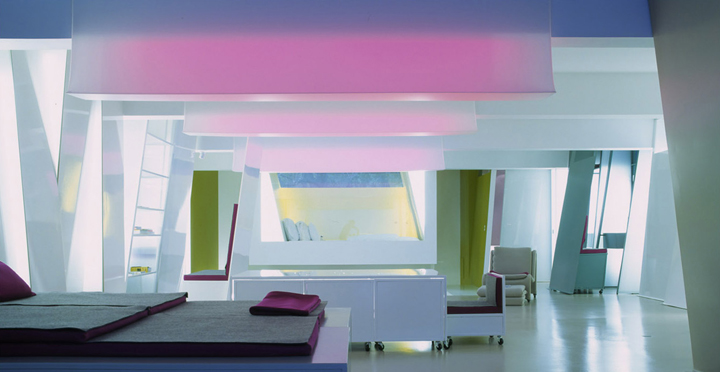 Maison NW is located near Paris, in the city of Saint-Ouen, neighboring the northern quarters of the capital. It is on an attractive plot in a rather typical neighborhood. On the western side, the whole area is filled with small, low-cost apartment buildings and on the east, a small industrial zone. It spreads along a cemetery, a large park with century-old chestnut trees. From the upper floor terrace, one can see the branches and leaves. On the southern side, one can see a small block one and two-story brick houses. 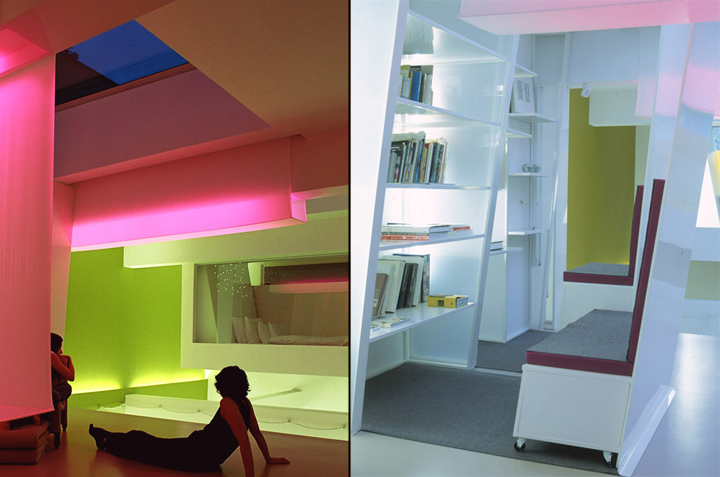 The project takes place in the headquarters of a former printing house, dating back to the 1950s. The space has been transformed into 9 artists’ workshops. The house-workshop covers 1,937 sf (+ a terrace of 861 sf), on three levels. 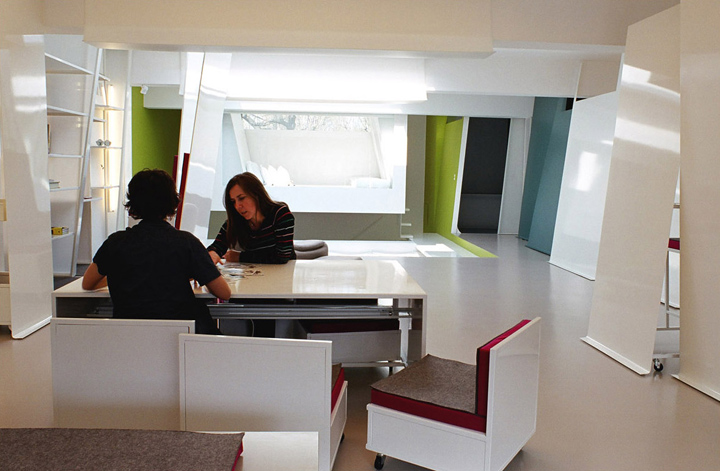 Maison NW, the home and work studio of architect Nathalie Wolberg, is treated as a laboratory to test out new devices and new environments on a daily basis. Taking into account the individual from the conception of the project allows a different approach on the topology of domestic space. 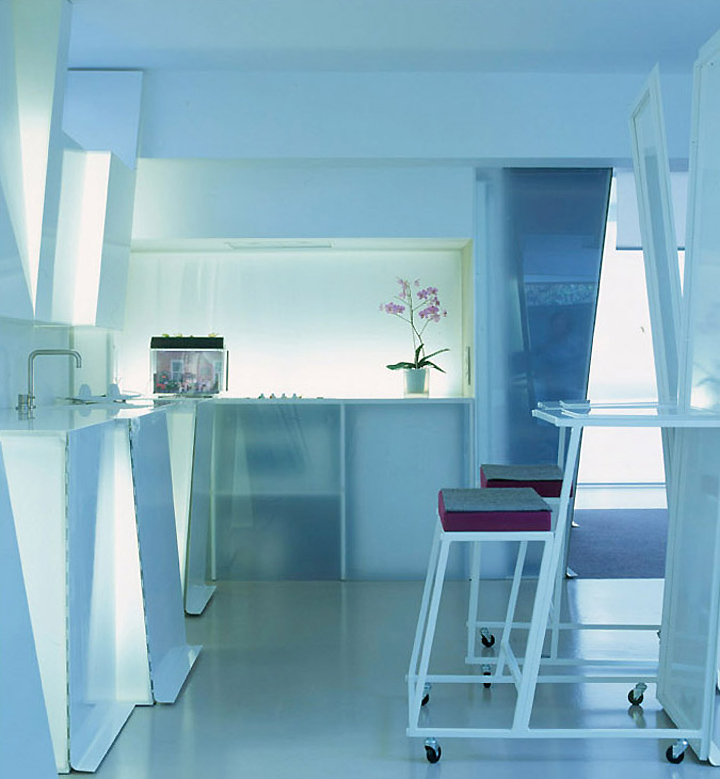 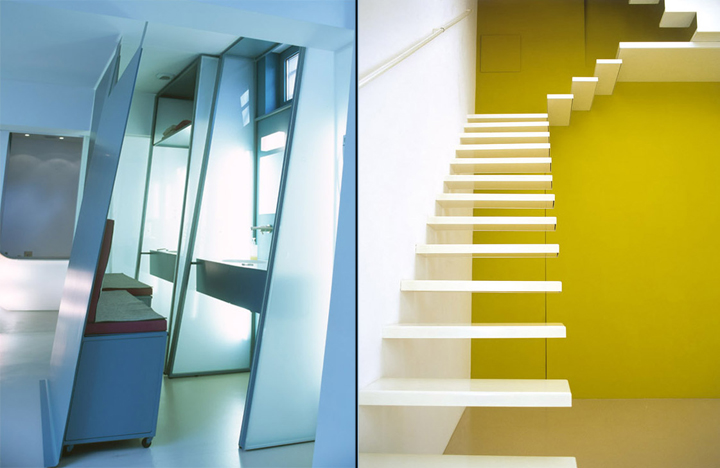 So, for Maison NW, the architect’s own personality – own desires, passions, even pathological deficiencies – lies at the core of the project. The approach uses the body to define the shapes of space. A number of suitable principles will be elaborated and adapted over time that will meet the needs of many, even though the project is based on the architect’s personal experiences. 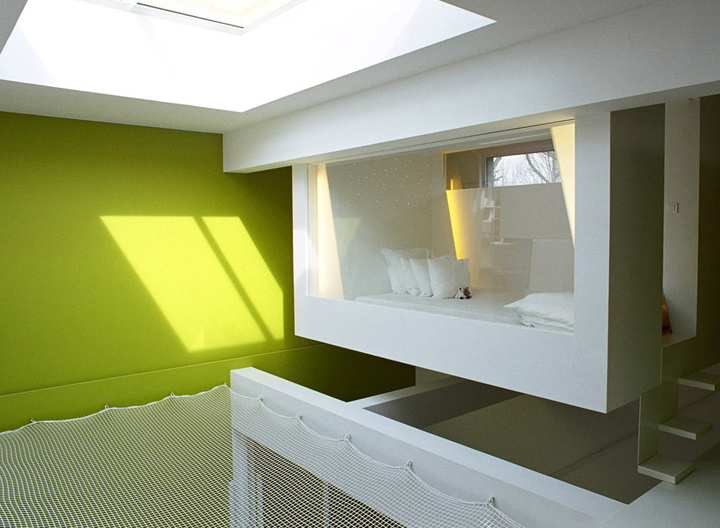 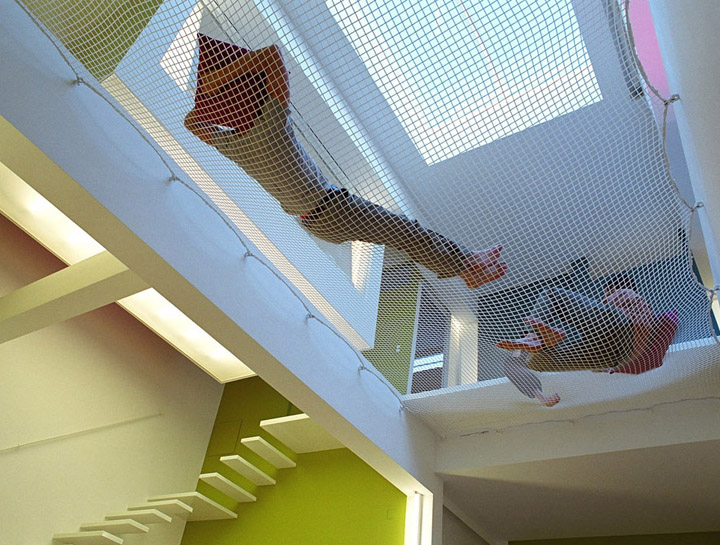 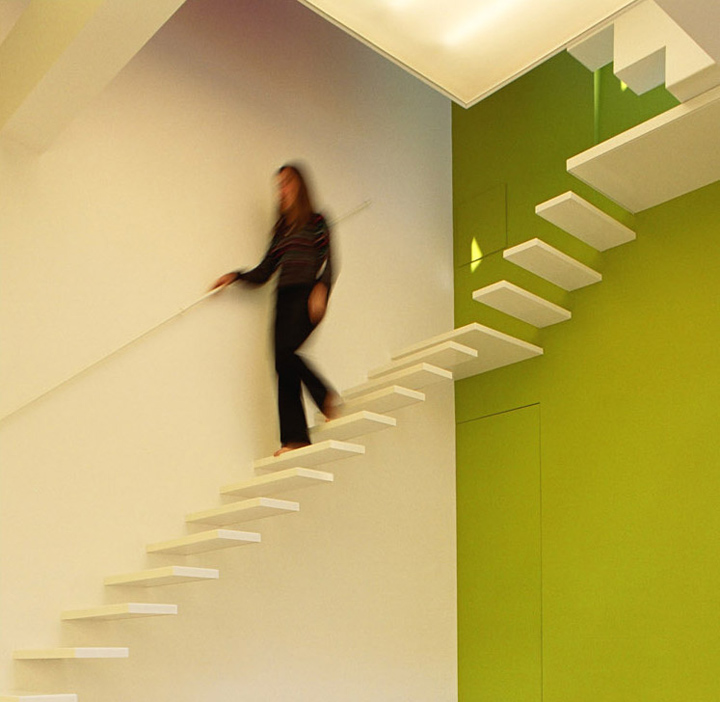 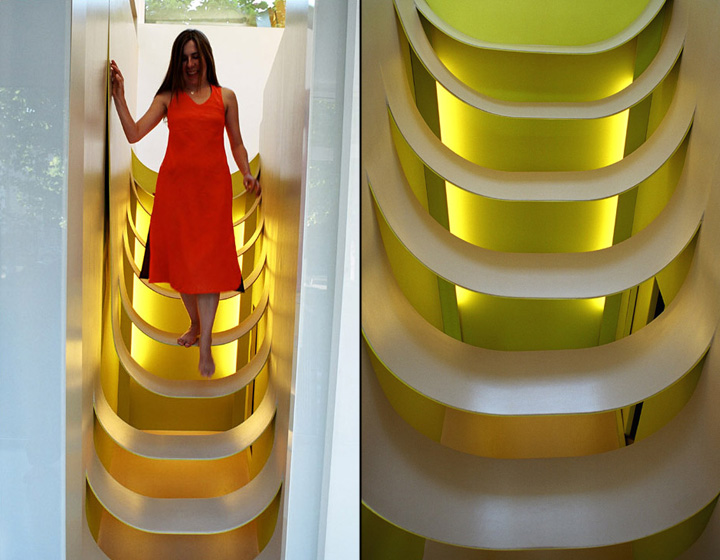 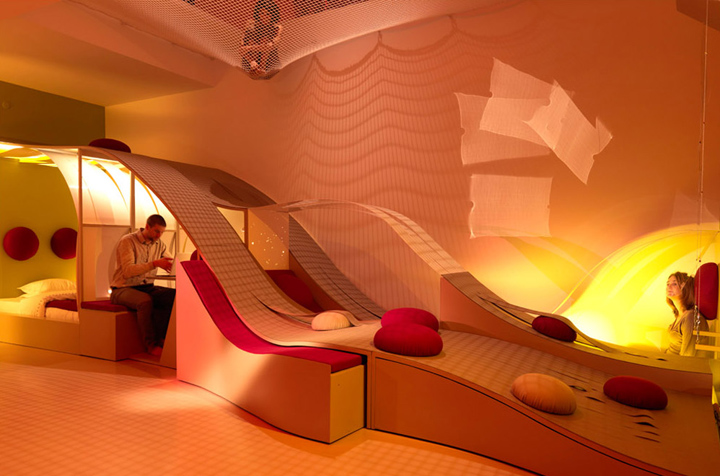 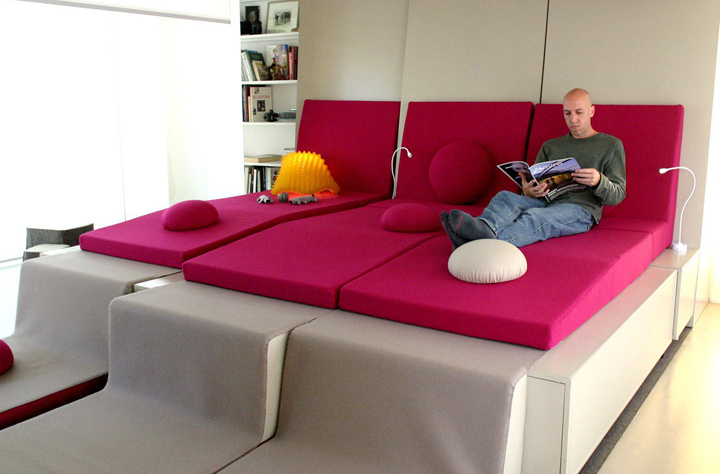 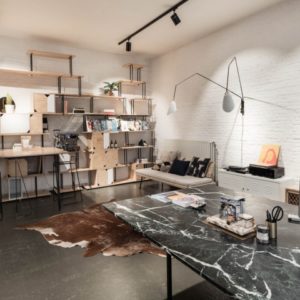 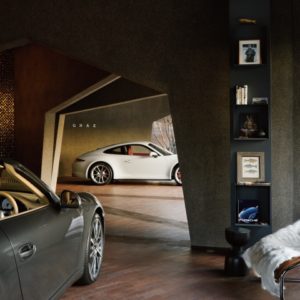 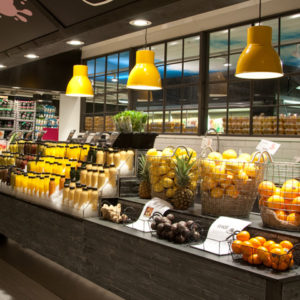