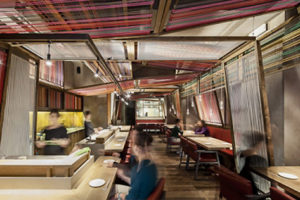 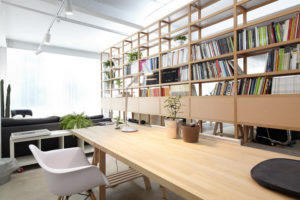 Propaganda exhibition at The British Library by Twelve Studio, London 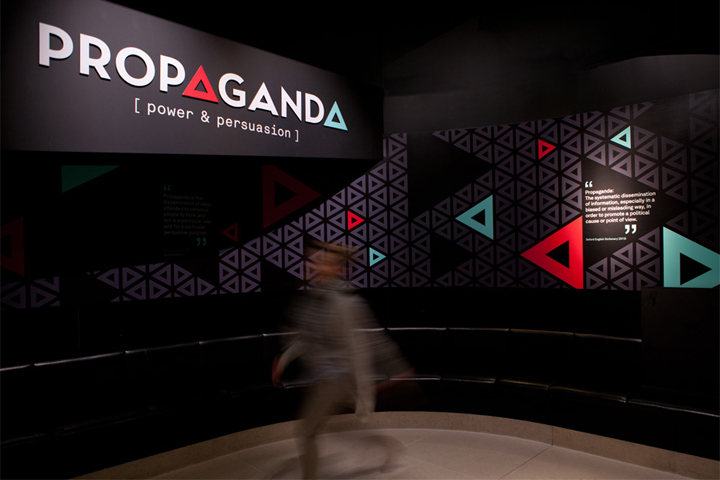 Twelve designed the environment and graphic treatment for this four month exhibition at The British Library, inside The Paccar Gallery. Propaganda is never neutral and always has an overall goal. The exhibition’s identity reinforces this idea through the use of coloured triangles that help convey the spread of biased or misleading information. Dramatic installations, a bold colour palette and large scale graphics were used to define various sections, while sub-section panels break up exhibition groups and mannequins serve as a canvas for opinions, quotes and text, welcoming visitors and introducing each section along the journey. Multimedia was incorporated into the angular structures via sound-points and an installation using reclaimed television sets to showcase the use of varying media in propaganda throughout the 20th century. The exhibition culminates in an interactive wall of Twitter feeds, which in today’s world can serve as a device of influence and persuasion. The exhibition runs until the 17th September as one of The British Library’s major calendar events this year. 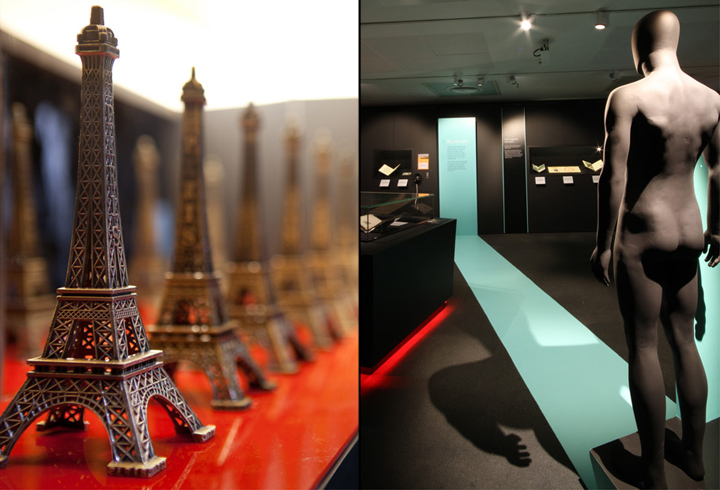 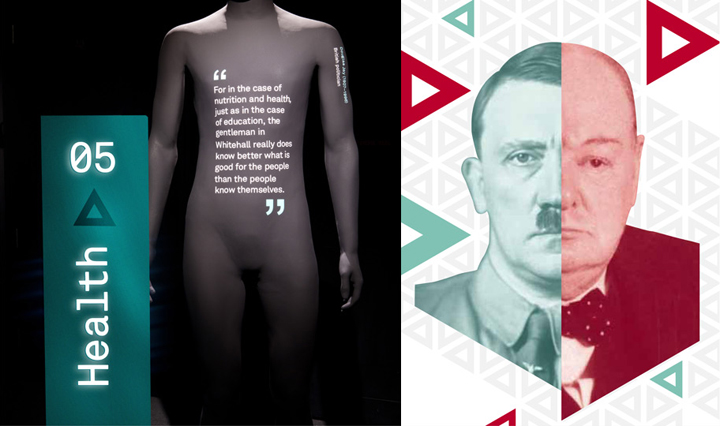 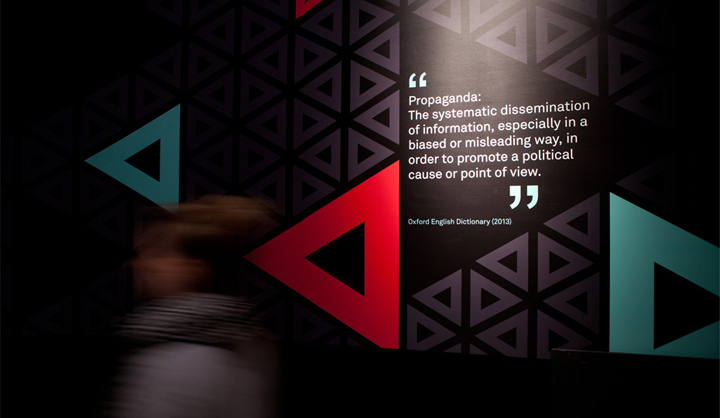 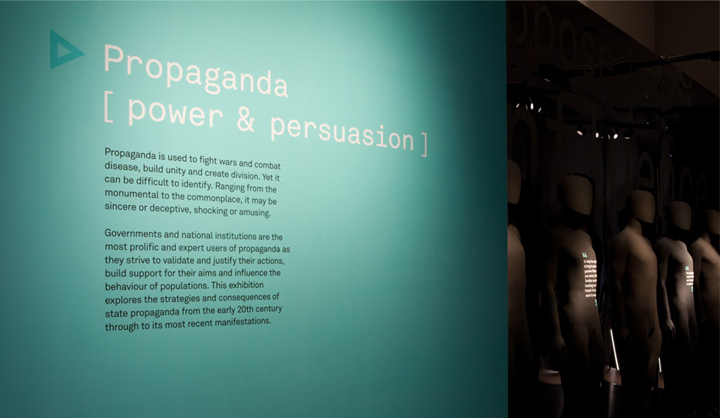 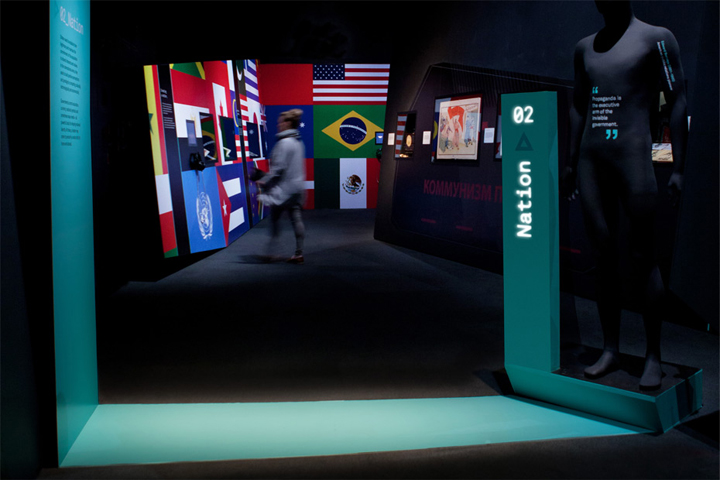 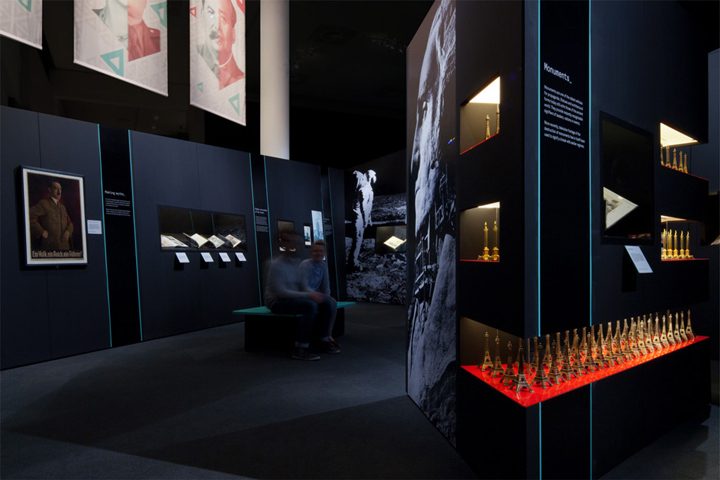 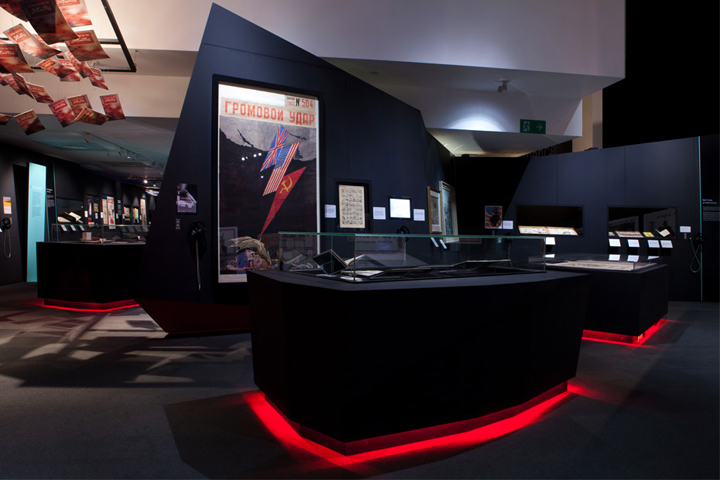 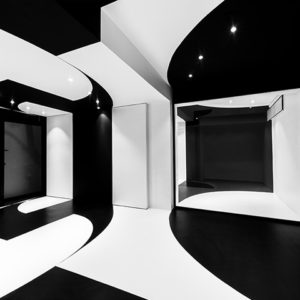 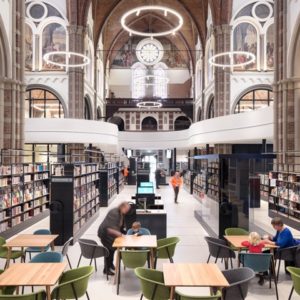 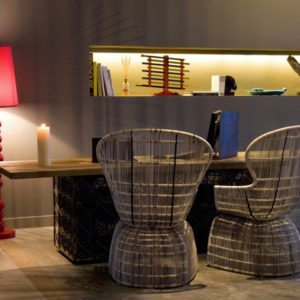 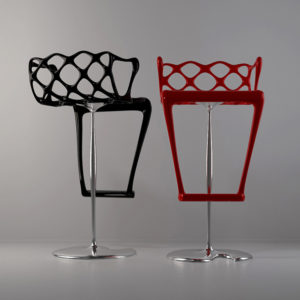