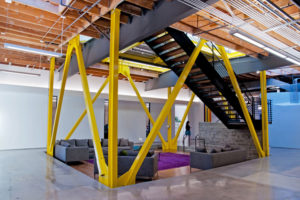 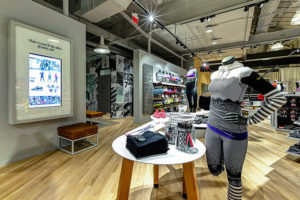 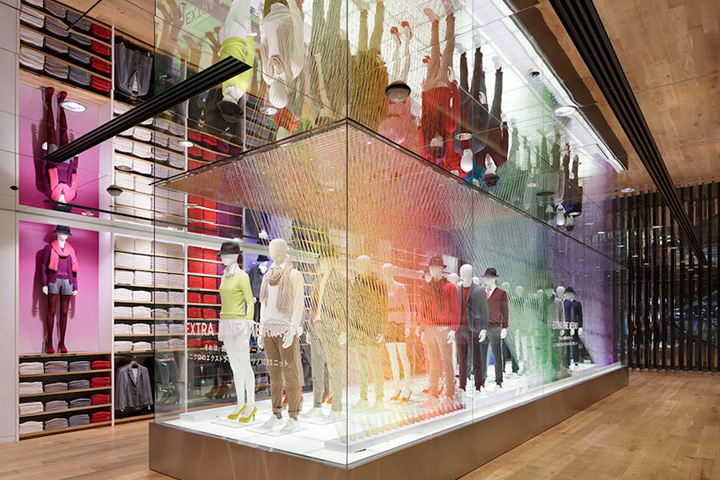 Emmanuelle Moureaux is known for her use of bold, sharp colors which she employs as a means of architecturally defining the spaces in which she works. Her practice falls in line with UNIQLO‘s approach to clothing — delivering simple, but structured garments that are characteristically defined by solid hues and texture. The French-born Tokyo-based designer collaborated with the Japanese label earlier this year, in which she blew a ‘colorful wind’ of 2400 strips of paper to express the light, airy qualities of their spring linen collection. The threads of merino wool measure about one-fifth of the thickness of human hair, which gives it a most smooth and delicate texture. Using this as a guiding light, Moureaux has created a display of the long fibres which suspend themselves as weightless lines, weaving in and out of one another forming colorful, airy three-dimensional volumes that envelope the mannequins that are positioned between them. The first ‘Thin Thin Thin’ installation was brought to life at UNIQLO’s Ginza flagship store in the front vitrines and a display case within the retail space. The presentation inside the shop utilizes 2420 threads in 60 various shades of color to form an enveloping structure that radiates from floor to ceiling. The hues, such as garnet, khaki and mustard, were selected to bring forth a hint of autumn. The weightlessness of the masses, seemingly trap air within their threads, metaphorically referring to the way in which extra fine merino wool keeps warm air within its fibers. From the outside, the façade has been envisioned as a graphic interpretation of thin merino yarn, layered with white graphic lines on the front glass in such a way that the windows are given more depth. The filaments reflect and refract, infinitely multiplying lines which give an optical illusion of standing inside the microscopic world of extra fine merino wool. Since its initial debut in Ginza, ‘Thin Thin Thin’ has travelled to UNIQLO’s other global flagship stores including Fifth Avenue New York, 311 Oxford street London, and Paris Opera, as a celebration of the fall season. 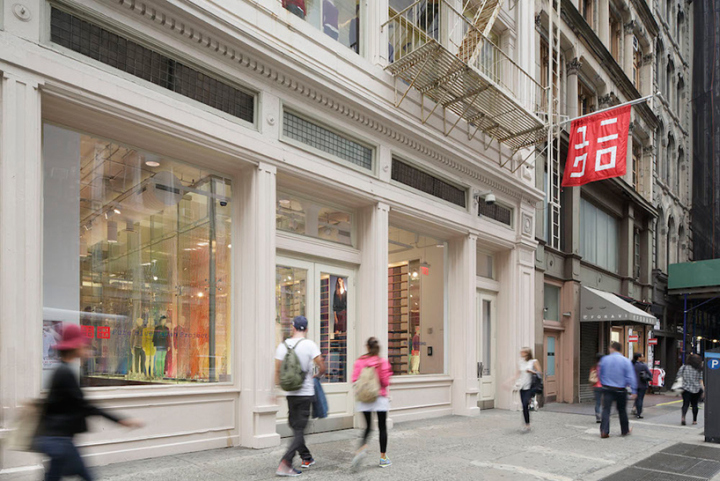 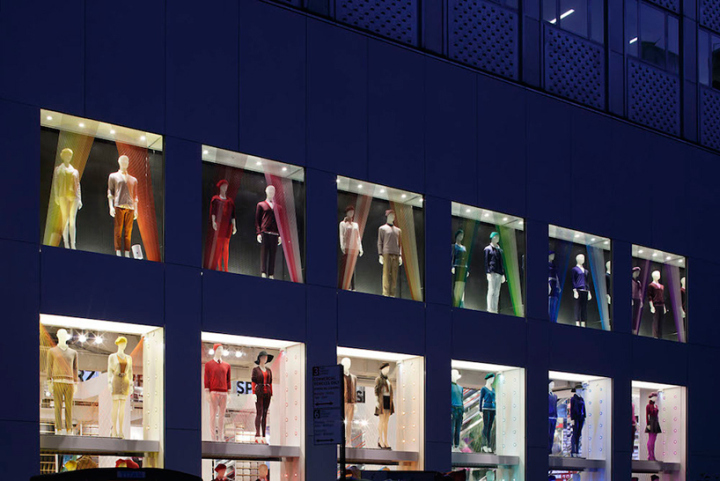 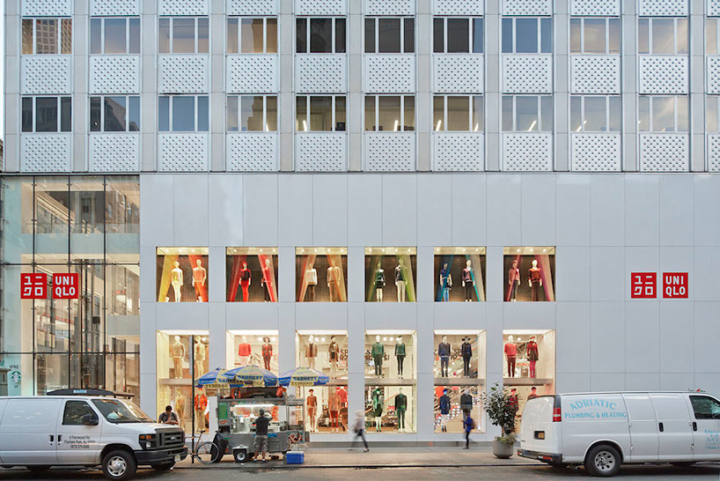 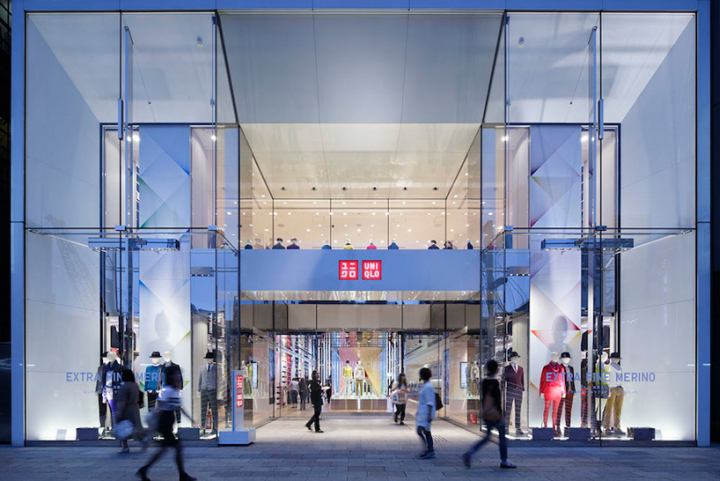 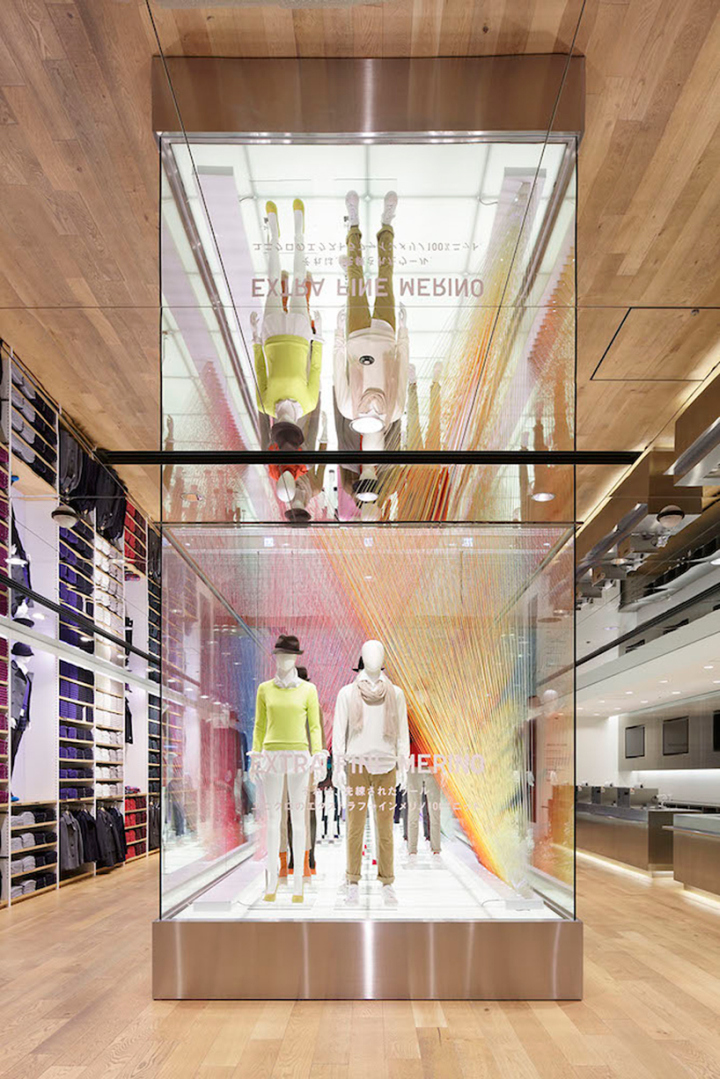 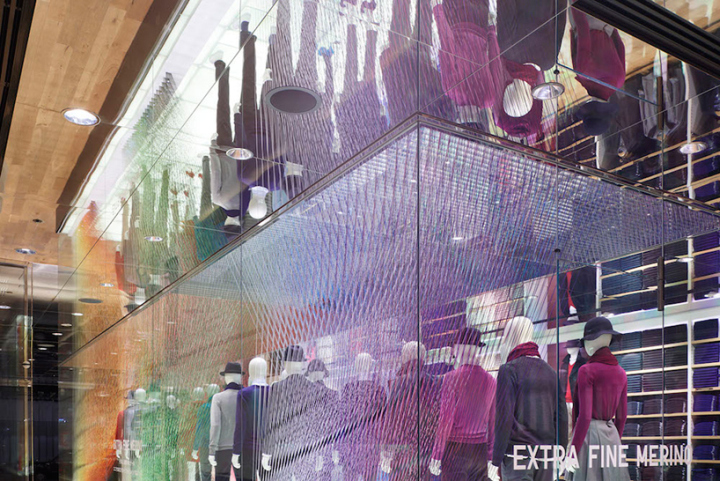 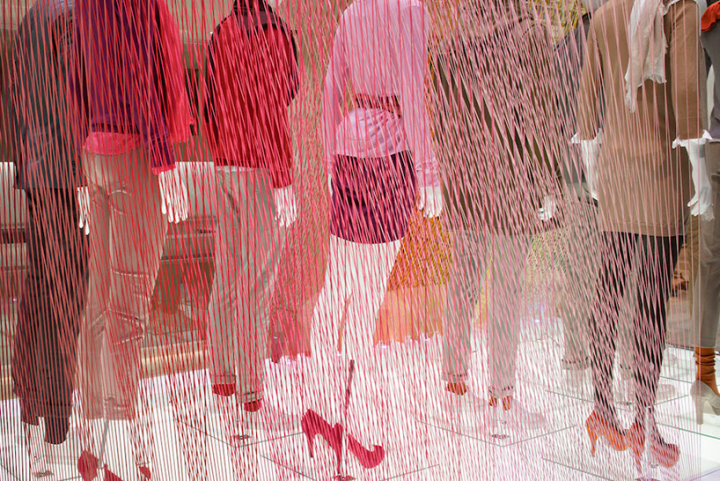 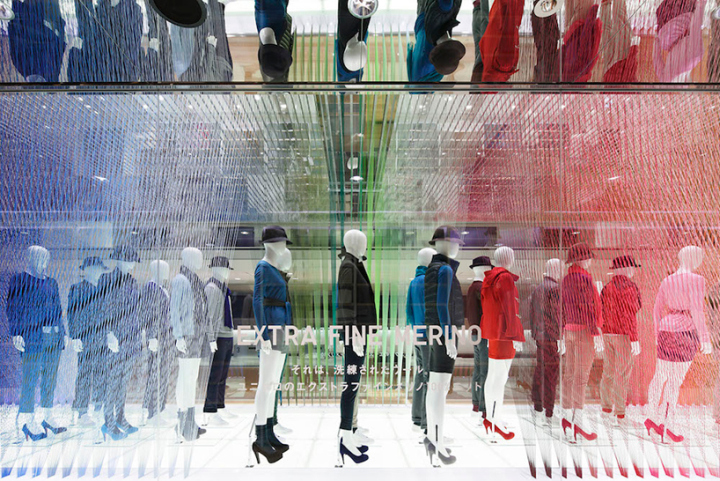 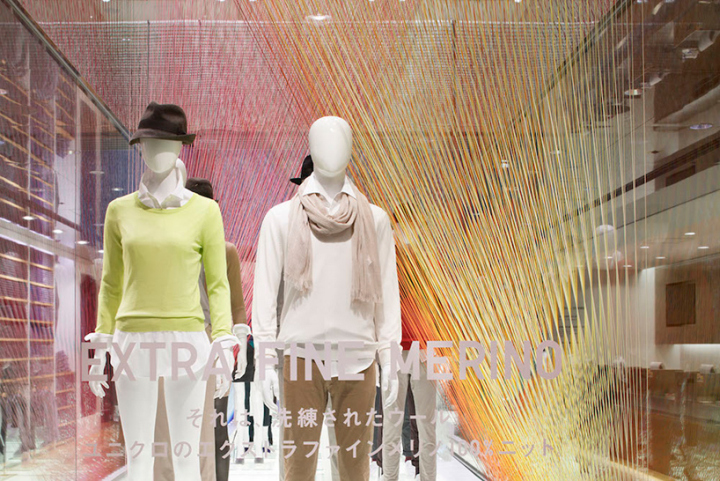 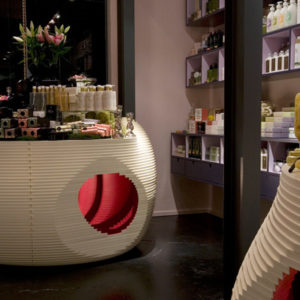 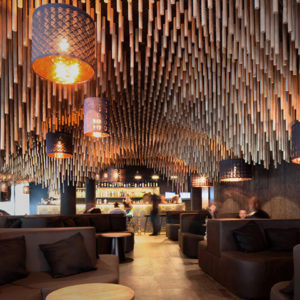 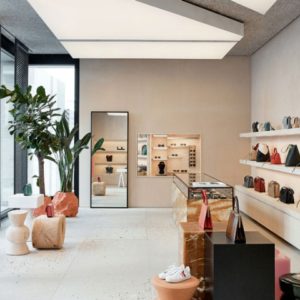 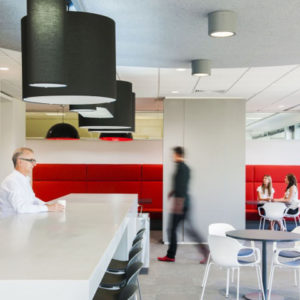