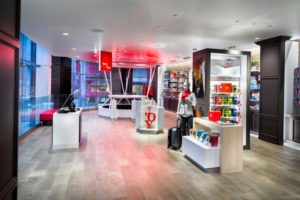 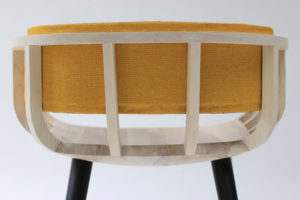 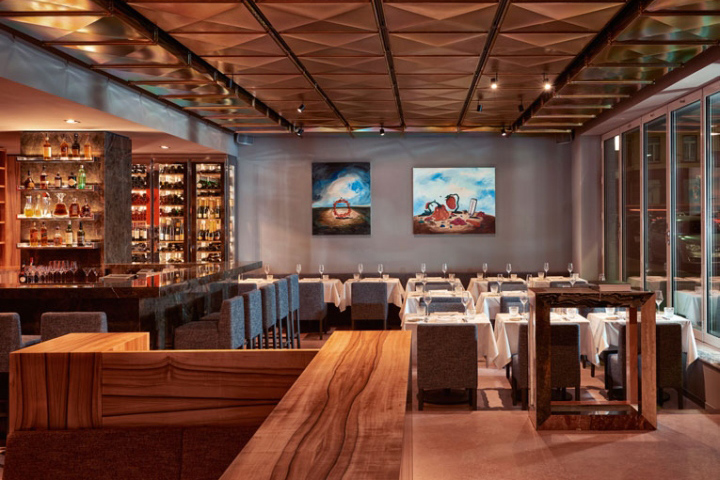 From seedy to chic, that’s how the gradual transformation of Frankfurt’s notorious Bahnhofsviertel could best be described. Hospitality entrepreneurs Oskar Melzer, James Ardinast and his brother David Ardinast have pitched in extensively, first by opening up the Maxie Eisen Café, then a nightclub, and now they’ve launched a fancy diner in the area. Called Stanley Diamond, the name obviously is tongue-in-cheek, but then again, it totally lives up to it by bringing an elevated dining experience to this part of town. And it’s one we feel will accelerate the neighbourhood’s transformation. The audacious trio worked with architect friend Paul Bauer and local practices Hollin+Radoske and e15, and as you can see the collab proved to be very fruitful. A pivotal design element is an elongated parlour that runs parallel to Ottostrasse, featuring sliding windows that’ll open onto the curb when weather permits. Shielded behind a robust-looking wooden fixture of equal proportions is the next dining section, furnished with more linen-clad tables and comfy chairs. Adding an ultimate sense of luxury is the well-considered pairing of a back wall covered in slabs of exotic indian marble with concrete flooring in a soft pink hue and a brass-coloured ceiling installation. And the visual spectacle doesn’t stop there. An architectural statement of sorts is the bar, oozing a grandeur that far exceeds its size. The setting at Stanley Diamond cleverly avoids being merely a slick showcase, there’s an artistic edge that adds quirk and character. The reception counter made of natural stones is a site specific installation created by the swiss artist Nouria Behloul, in addition to cherry-picked artworks, some even commissioned, by a handful of other artists. an open-plan kitchen, designed in a palette of chrome steel, wood and stone, allows peeks of all the cooking frenzy. And speaking of which, the menu at Stanley Diamond is seasonal and refreshingly unpretentious, made up of classic European dishes and ditto wines. Traditional, and often forgotten, recipes have been revived with a contemporary twist. So, whether you order a leipziger allerlei, plaice finkenwerder style or apricot dumplings, it’ll be a culinary stroll down memory lane and an adventure at the same time. The place may look glitzy, but the mood is distinctly laid-back, allowing you even to order dishes in addition to drinks while hanging out at the bar. 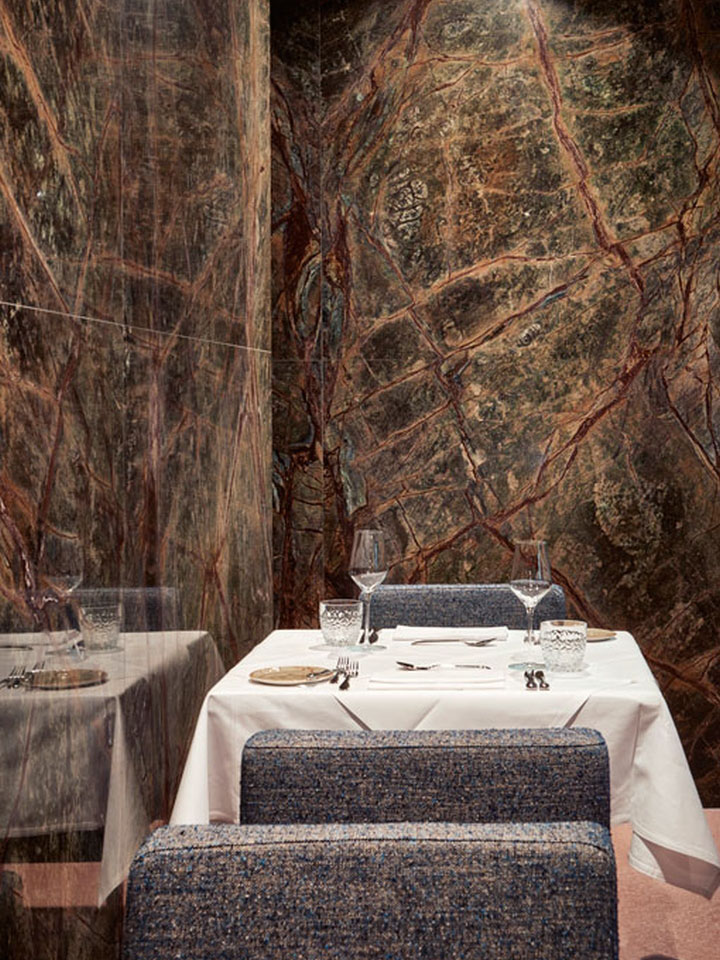 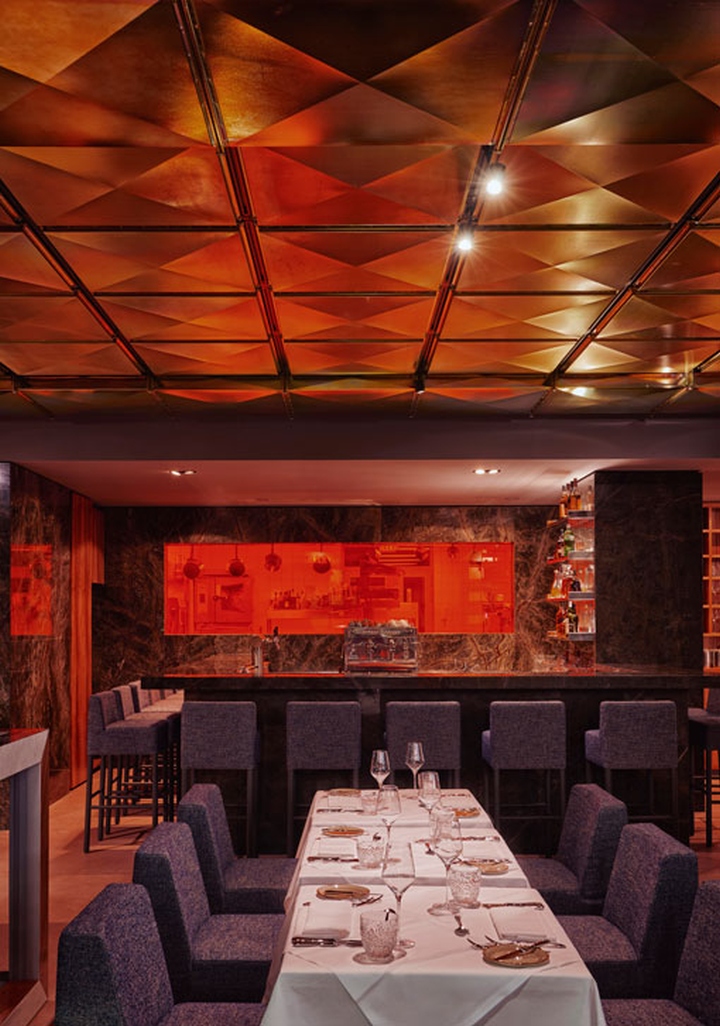 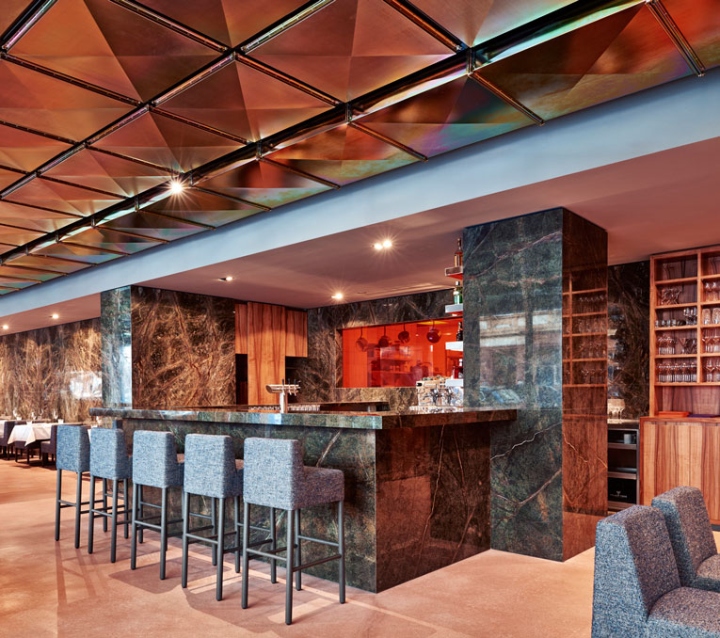 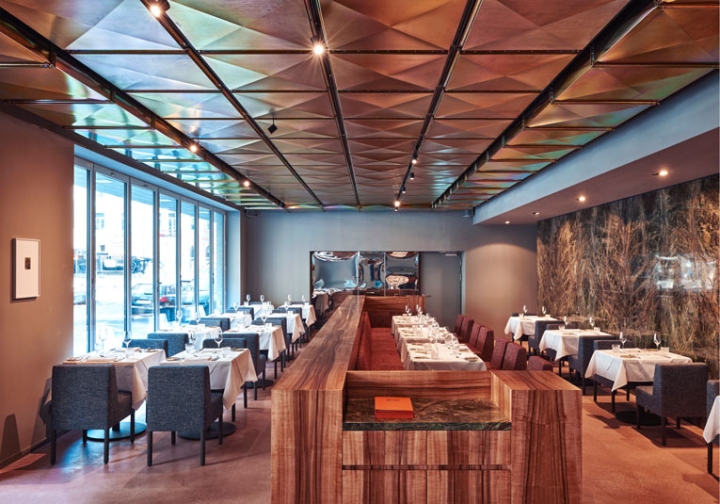 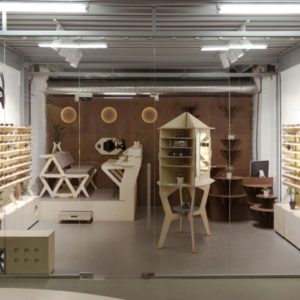 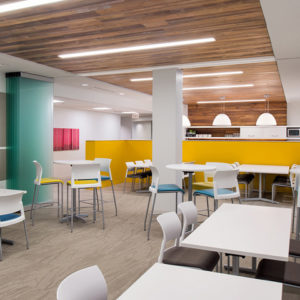 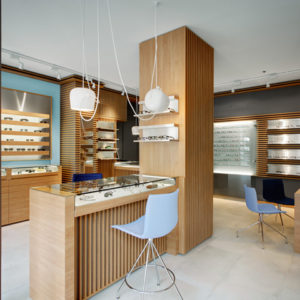 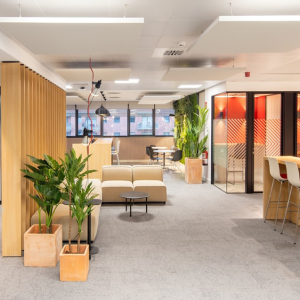