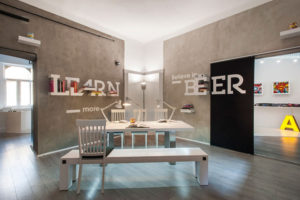 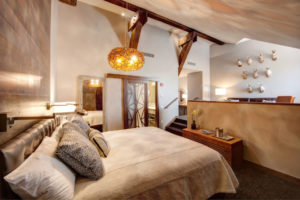 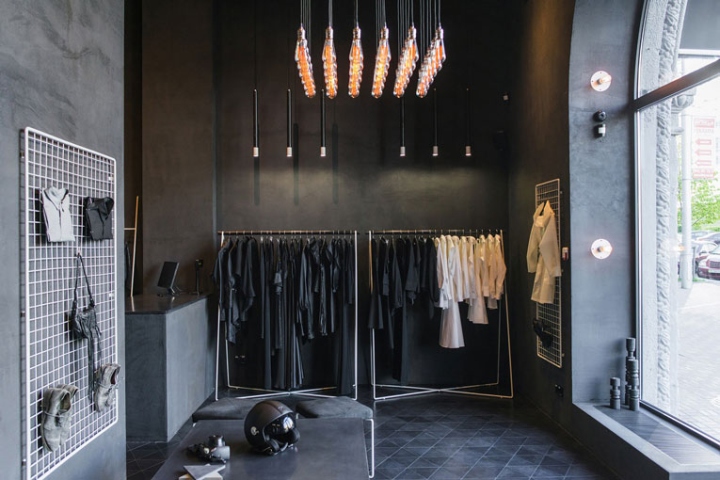 Award-winning and with a growing fanbase, Volodymyr Podolyan is part of new wave of ukrainian fashion designers that’s making a wave both home and abroad. Following the launch of a new understated women’s clothing line called Podolyan Black late last year, the designer has opened his first boutique in his hometown of Kiev. It’s situated in Pechersk, a downtown neighbourhood awash with historic early 19th-century buildings, and occupies a compact but lofty 80 sqm. [861 sq.ft.] ground floor space. For the interior design the obvious choice was Fild, a local creative agency which had previously rebranded the Podolyan label and designed a new logo. a huge arched window not only allows in plenty of daylight, but also good views from the curb, and the idea arose to turn the interior into a window installation that would make a bold statement. In check with the brand aesthetic that was already created, Fild opted for a deceptively monochrome scheme, but which in fact is black with various gradations of grey. Specially designed triangular tiles, some inscribed with the Podolyan logo, cover the floor and on one side of the retail space they’re extrapolated onto the wall in black plywood equivalents. The sleek furnishings and fixtures have all been custom-made and intentionally contrast with the overall setting. A set of upholstered seats and a concrete top table situated are true eye-catchers, and are rivalled by beautifully designed light fixtures, most notably the installation of 36 suspended bare lightbulbs. Concealed by a door is a hanged staircase which leads to the atelier on the second floor. 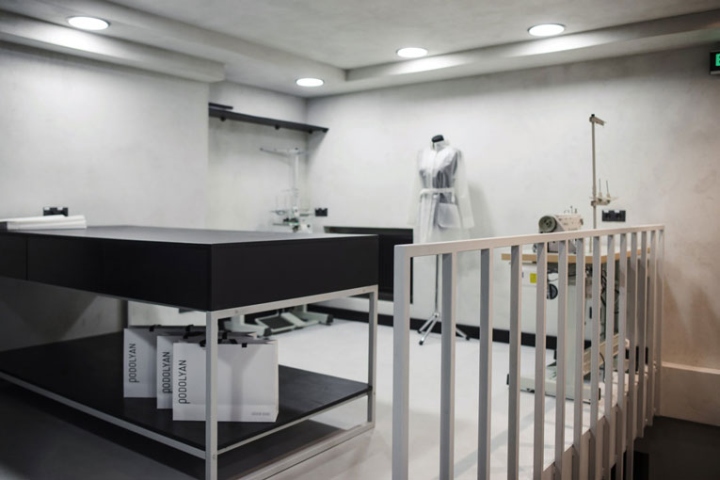 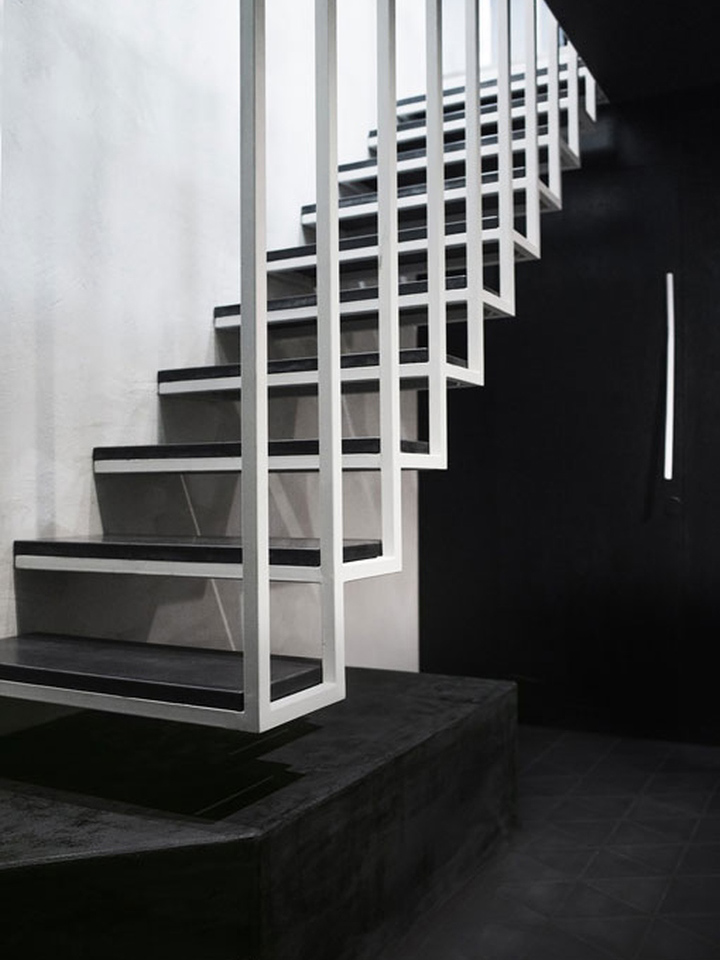 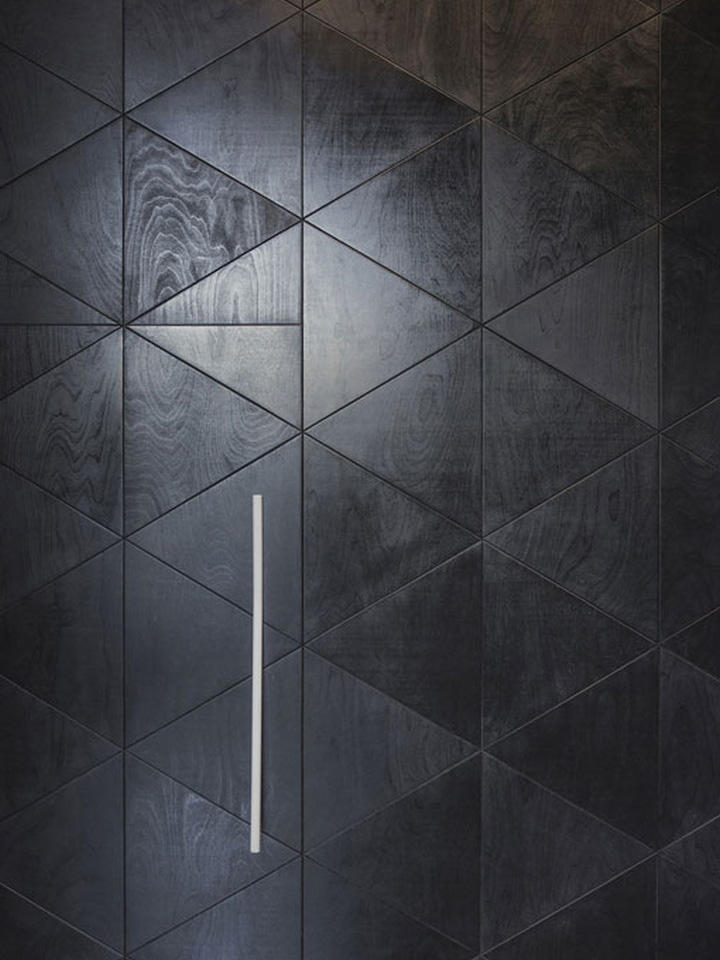 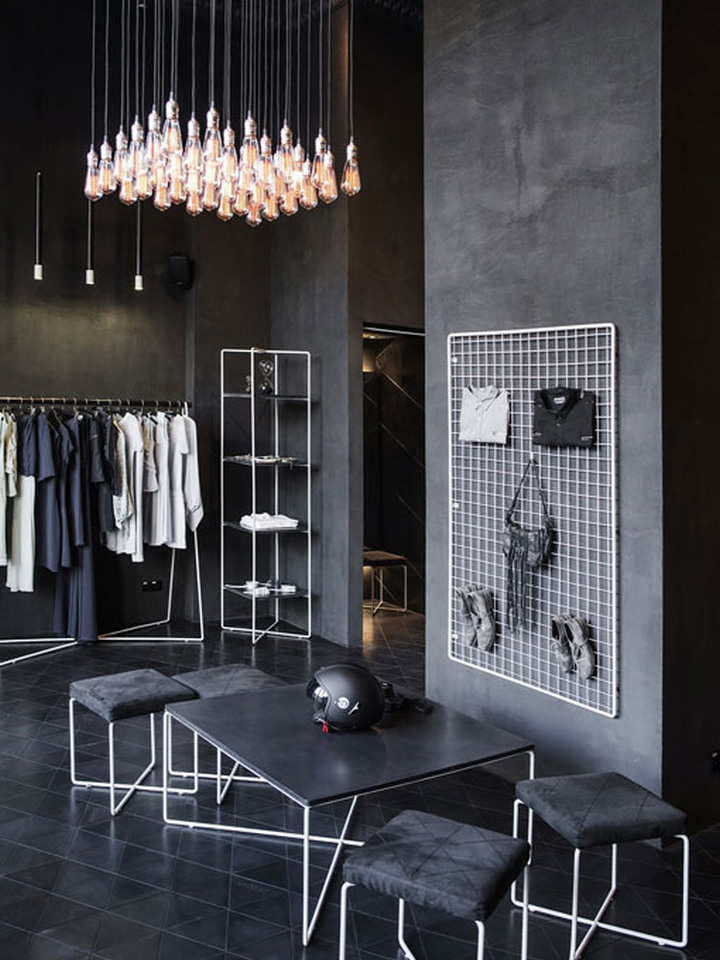 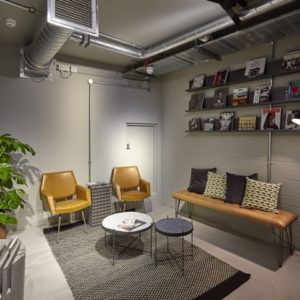 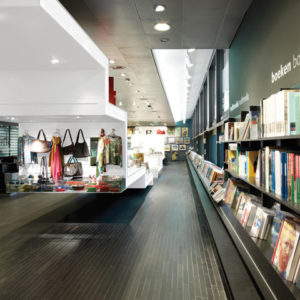 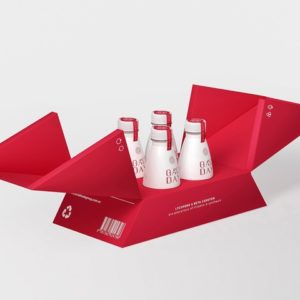 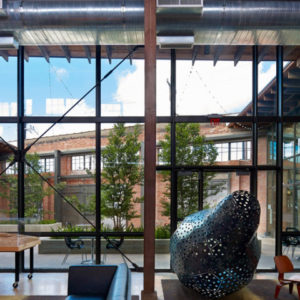